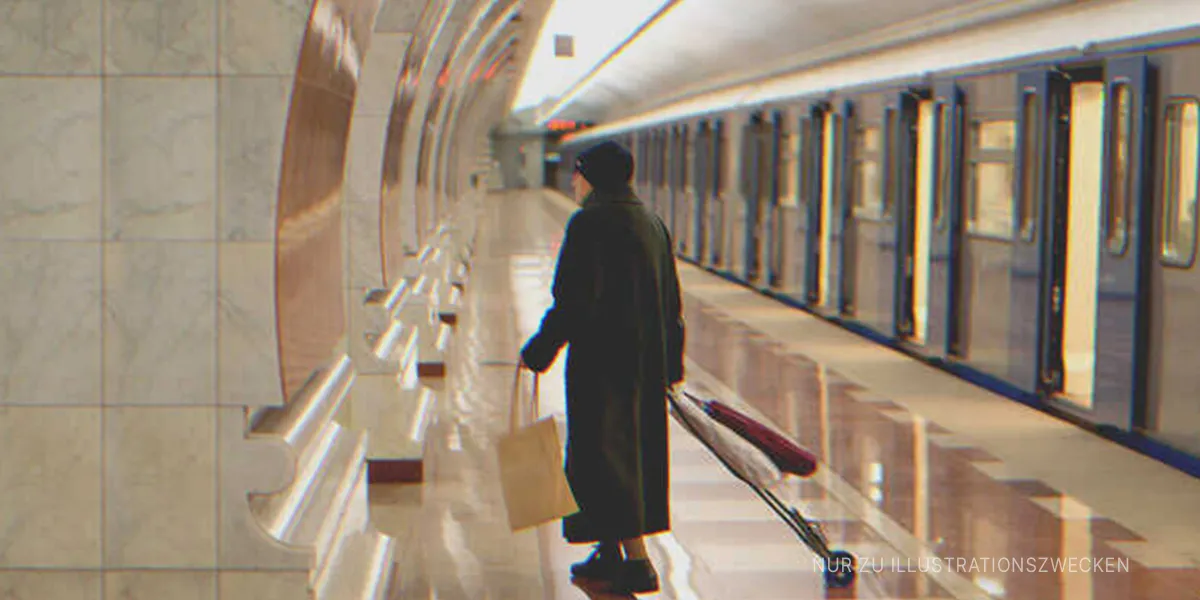 An old woman, forced to spend Thanksgiving alone on the underground, is surprised when a voice behind her says: “Be our guest”. She turns around and sees a pretty young girl behind her, completely unaware that this girl is special.

Harriet, 87, was a cheerful woman until her husband Marcus died of a heart attack three years ago. When Marcus was buried, it was as if her cheerfulness remained in the ground with Marcus.

When Harriet returned home after Marcus’ funeral and fell asleep on her bed, she could still smell him. How could God be so cruel and take him away? Hadn’t Marcus promised her that he would always be there for her? He had broken his promise. Harriet’s heart failed.

Soon after, Harriet began to have memory problems and was diagnosed with Alzheimer’s disease. Her memory began to fade, and her greatest fear was losing her memories of Marcus. 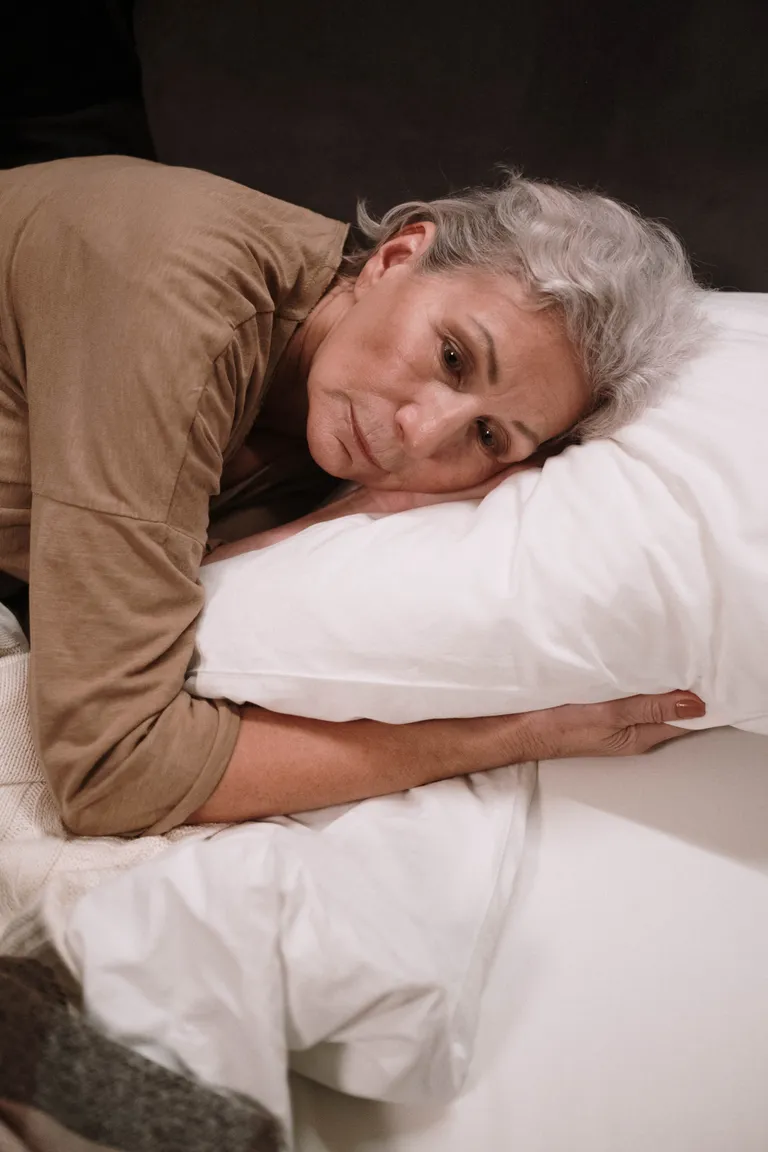 Harriet woke up one morning and checked the diary she always kept next to her bed. After she was diagnosed, she wrote everything down in it. It helped her a lot when she felt she was missing something.
When she saw that today was Thanksgiving, Harriet’s eyes filled with tears. She had no one to celebrate with. Her friends lived in different parts of the country, she and Marcus had never had children, and she knew that her neighbours would be celebrating with their families.

“Darling…,” she whispered to her late husband in tears. “We should have had children. We could have adopted someone. It’s all my fault…”
When Marcus and Harriet discovered they couldn’t have children, they decided their love for each other was enough. But now Harriet regretted that decision.
“But no, I won’t be sad!” – Harriet reassured herself. “Today is a special day. I should be grateful to God for what I have.” 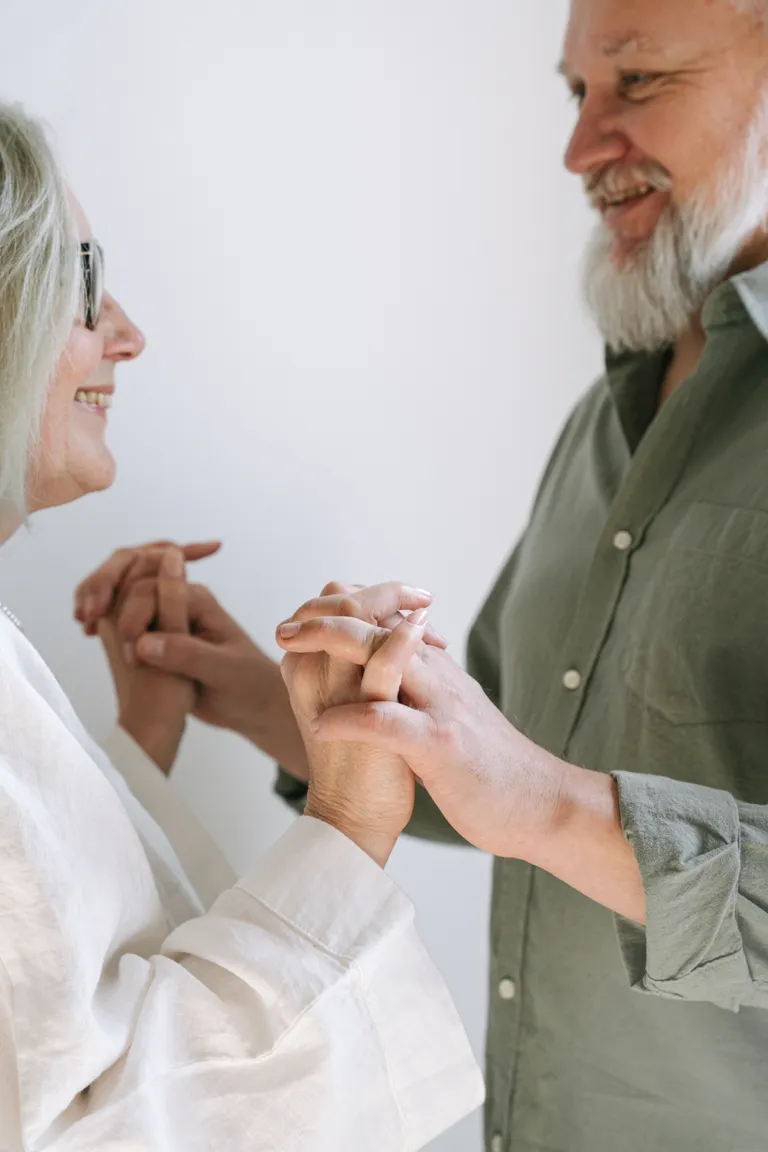 So Harriet forced a smile on her face and decided to spend the day in the place where she met her dear husband Marcus, the love of her life. Although she had trouble remembering, she would never forget where she had met her love.
Harriet put on the beautiful clothes and coat Marcus had gifted her and walked towards the underground. In one hand she held a cup of her favourite coffee, in the other she held the food she had ordered along with the coffee. The restaurant advertised it as a special Thanksgiving meal.

Harriet sat on the steps of the underground, said a short prayer and sipped her coffee. She saw people getting off the train and hugging their loved ones, and even though she was sure in her heart that all was well, tears came to her eyes. 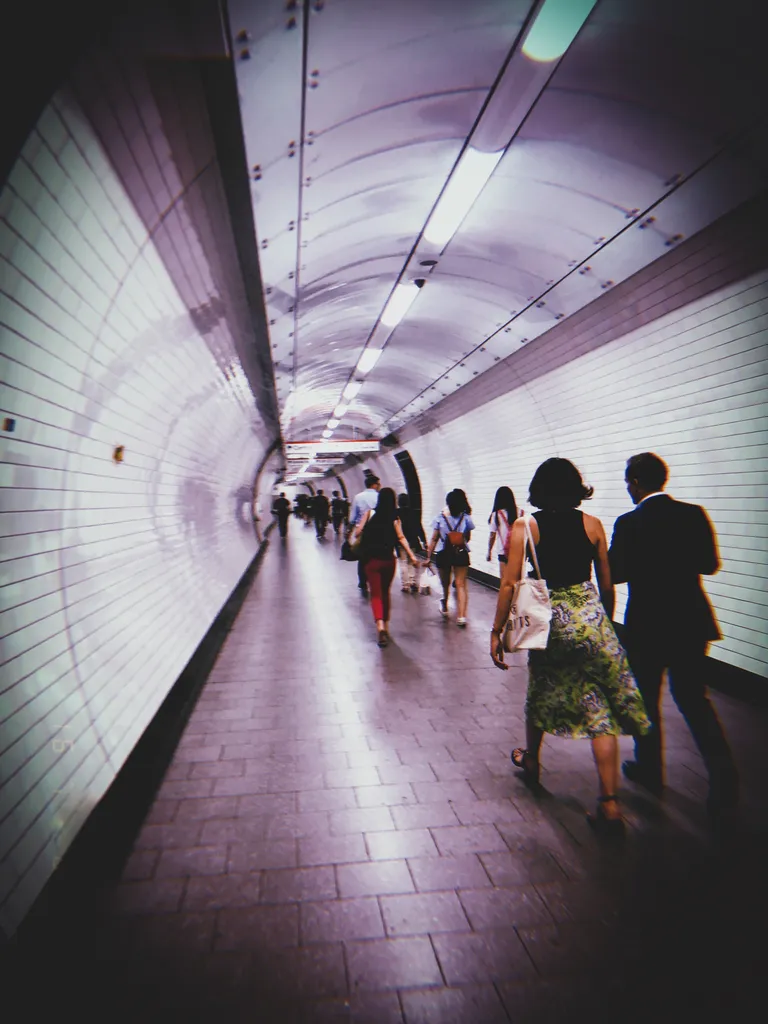 “Oh, it’s a beautiful day. Why can’t I feel happy, sir?” – she said. She pulled a picture of Marcus out of her purse and started talking to him as if he was alive.
“I miss you, darling. You see, no matter what, I can’t be happy. It’s just awful without company today. Oh, how I wish we could spend more time together…”.
Suddenly a thin voice came from behind her, “Be our guest.”

“Who’s that?”
Harriet turned around, startled by the voice, and saw behind her a pretty young girl with a wide smile. “Were you talking to me, child?” – she asked, embarrassed, and the girl nodded.
“Yes. Would you like to come to Thanksgiving dinner with me and my mother?”
Harriet was surprised. Who was this young girl who had invited her? 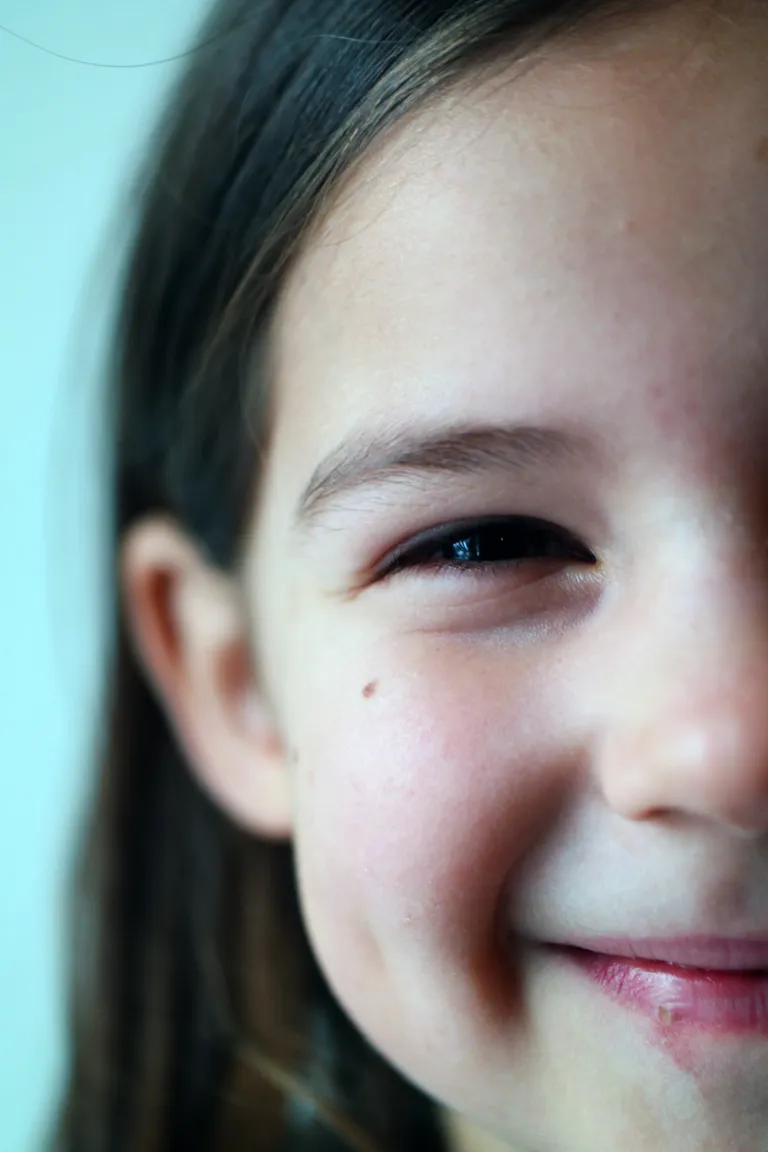 Soon after, a woman appeared behind the girl and Harriet frowned. “Hello, Mrs Morgan,” the woman said, “how nice to see you here! I recognised you as soon as I got off the train!”
Harriet had no idea who the woman or girl was. How did they recognise her?
“I’m sorry, but have we met before? My memory is not in the best shape,” she explained as she talked about her Alzheimer’s disease. The woman then introduced herself and Harriet cried.

“Do you remember working as a teacher?” – the woman asked. “I am Lydia. This is my daughter Isla, Mrs Morgan. I’m sure you remember the girl who was always worrying and getting the lowest test scores, but you always believed in her.”
“Oh dear!” – Harriet smiled through her tears. “That was so long ago! I never imagined that my pupil would remember me! Lydia, my dear… Yes, I remember now!” 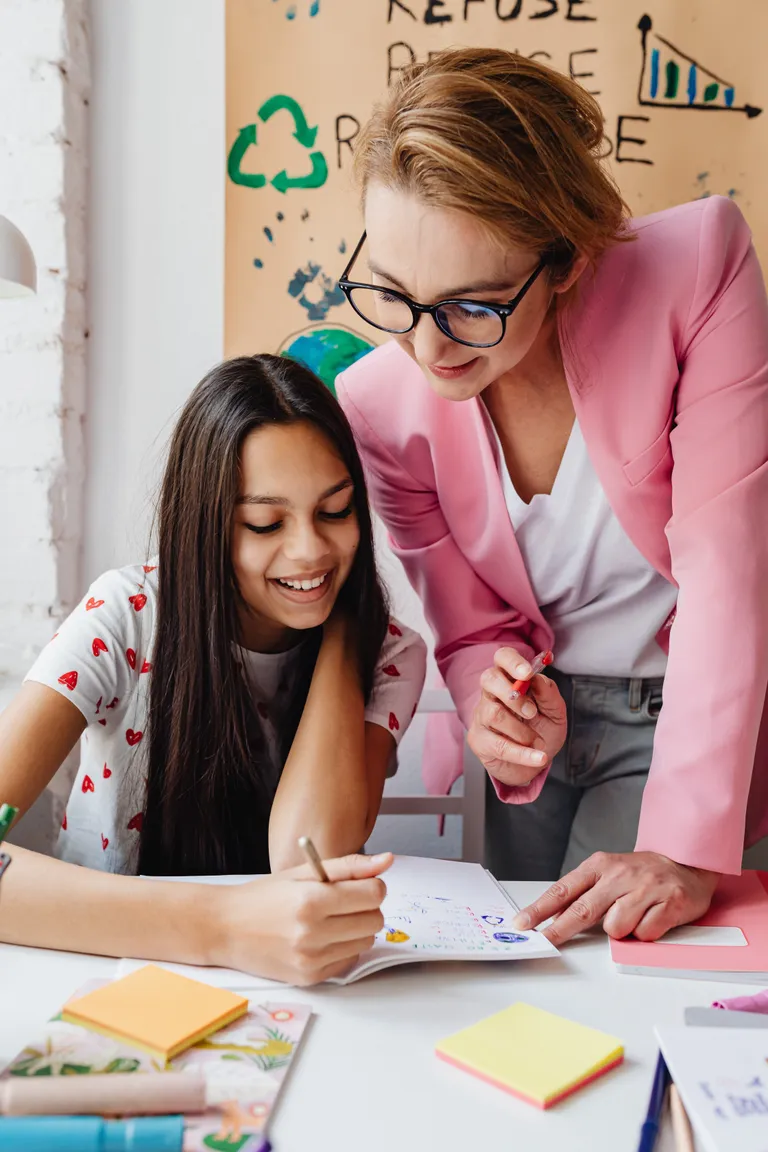 “How could I have forgotten you, Mrs Morgan? You always believed in me and argued with my parents to get me into the college of my choice. And because of you, I am a successful architect today. I haven’t had a chance to thank you in person. Please join us for Thanksgiving, if you don’t mind. It would be my pleasure if you would join us.”
Harriet could not refuse. She joined Lydia and her family and it was one of the best Thanksgiving dinners she had ever had. The smell of roast turkey, mashed potatoes, homemade cranberry sauce and pie brought Harriet back to happier times.

And before dinner, as they all prayed together, Harriet thanked God.
“Thank You, Lord,” she said in her prayer. “Thank You for sending me a loved one so I won’t be lonely. I am thankful for what I have.”
After that day, Harriet began to visit Lydia and her family often. Lydia was saddened to learn that Harriet was alone, and from then on the two women became closer together as one family. 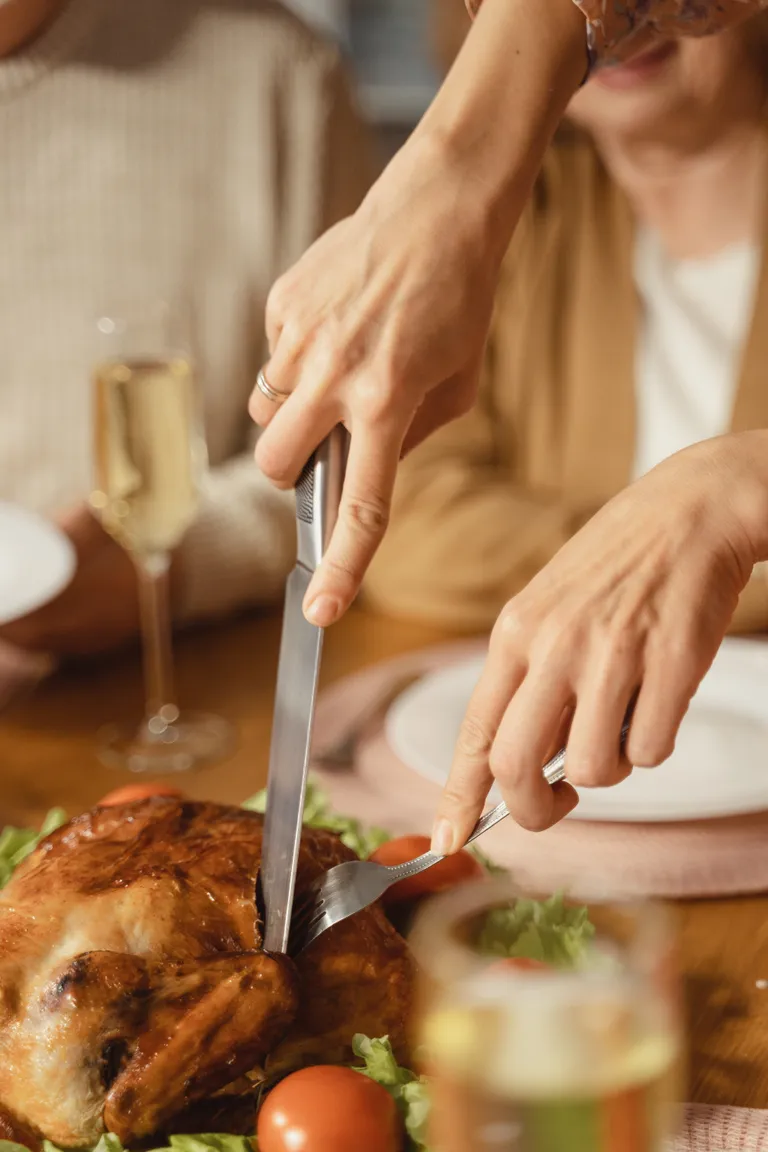