It is not a miracle, but a real achievement of modern medicine. Back in 2000, a couple, Mary and Randy Johnson, decided to have children through IVF. And who would have thought they’d get as many as 14 viable embryos. Two of them were immediately implanted into Mary, who gave birth to two boys on time, while the remaining embryos were frozen and waited their time. 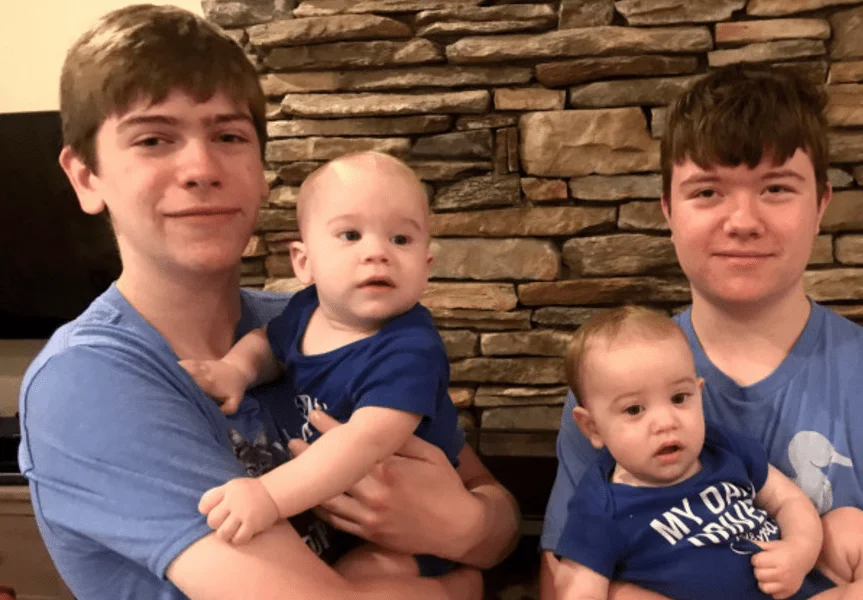 And now, 15 years later, two more pairs of twins were born from the embryos of Mary and Randy. But, about everything in order.

“My husband and I wanted to have many children”

“When the doctors told me I would not be able to have a baby, I was desperate. My biggest dream was to get married and have many children. Every night I lay in bed without sleep and prayed to God to send me a husband who could support me. God heard me and I met Randy,” Mary, 53, recalled.

When Mary and Randy Johnson got married in 1996, they both realised that without children their family would always be incomplete. So in 2002 they decided on IVF. The IVF procedure was more than successful – as many as 14 embryos were viable.

The two embryos were immediately transferred to Mary’s uterus, where they took root and started to develop. On the due date, 11 June 2003, the happy mum gave birth to twins Alex and Kurt. 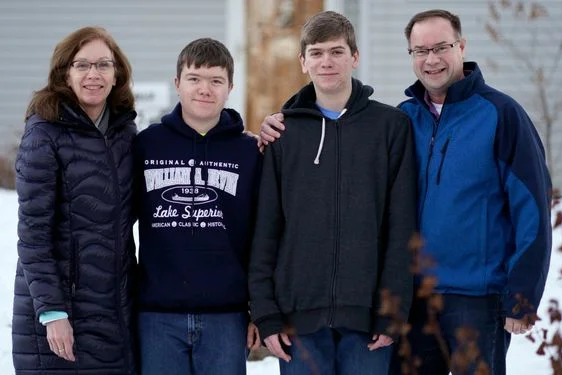 The other 12 embryos were put in the cryo-chamber temporarily, because Mary and Randy weren’t going to limit themselves to two children. Unfortunately, the Johnsons were not able to use them – after the first birth, the doctors had forbidden Mary to give birth. So, by mutual agreement, Mary and Randy donated their 12 embryos to the National Embryology Centre as a gift to other people who could not become parents in any way.

“The only condition Randy and I set for the experts at the embryo centre was that we should know who our embryos would be transplanted to. And not just to know, but to be able to see the babies being born. After all, they will be our children too,” says Mary.

The large and close-knit Gardner family

Jenny and Dani Gardner met back in 2003 in the Dominican Republic, where they were both working as missionaries. After returning to their hometown of Charleston, South Carolina, they married. The couple had five children one after the other. In 2015, Jenny was expecting her sixth baby, but had the misfortune to give birth to a stillborn baby.

“I love babies so much and I love being pregnant so much. – Jenny says – So Dany and I were very worried about the death of our baby girl. And then friends told us that we could do IVF. It was a great way out.

At the fetal centre where the Gardners went, they were introduced to Mary and Randy Johnson. It turned out that the two couples had a lot in common, both in matters of religion and in their attitudes towards children. So the Johnsons were happy to “present” their two embryos to their new acquaintances. 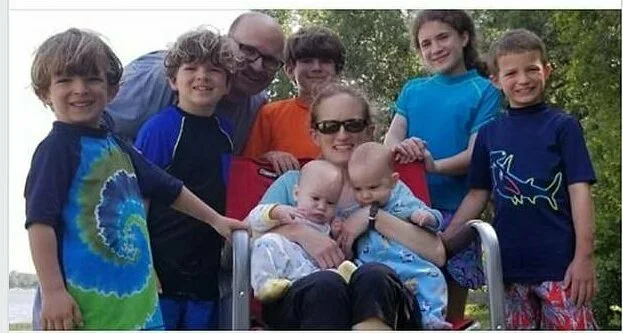 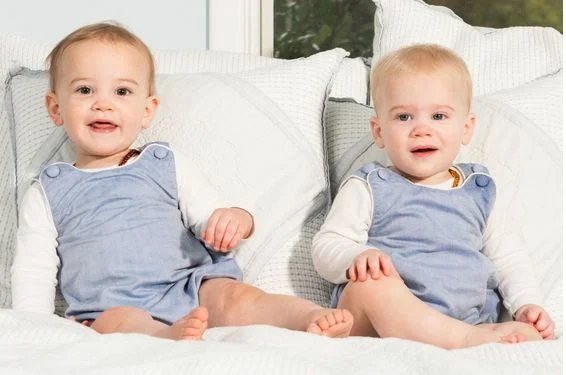 Two more embryos went to Amy and Robert Hefner, a young couple from Millington, Tennessee, who have also tried unsuccessfully for years to have children of their own.

“My life was a nightmare because I couldn’t get pregnant. All our friends and acquaintances had had children for a long time. Visiting them and looking at baby photos on Instagram was an unbearable experience for me,” Amy, 34, recalled.

And only thanks to acquaintance with the Johnsons and subsequent IVF, the Hefners were able to become mom and dad. On June 11, 2018, 15 years after the birth of Alex and Kurt, charming sisters Eliana and Eliza were born. 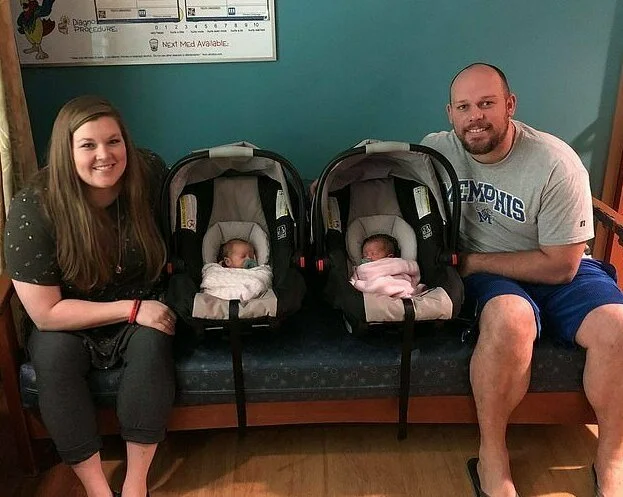 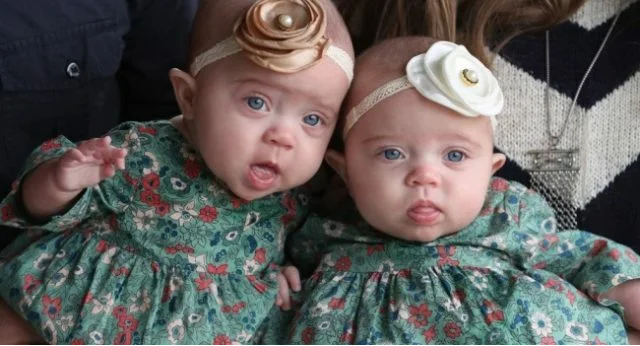 Even though the babies were born to different parents and at different times, they are true biological twins. So all three families are in close contact and exchange news about their babies. 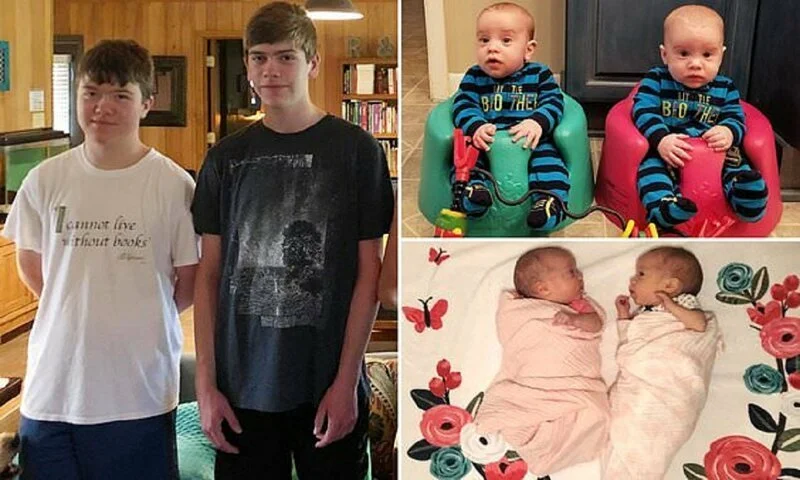 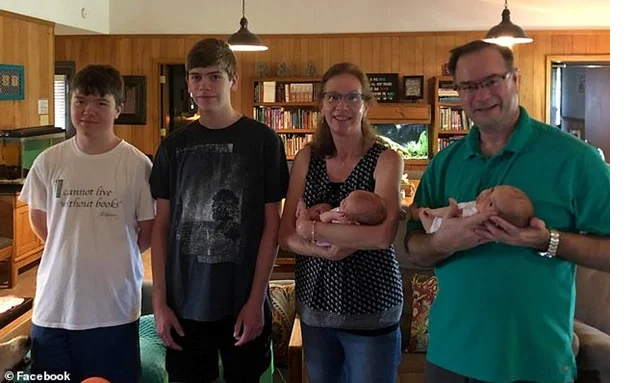 And by the way, Mary and Randy have as many as eight more embryos to spare. So the story of their parenthood isn’t over, we’re waiting to hear more.