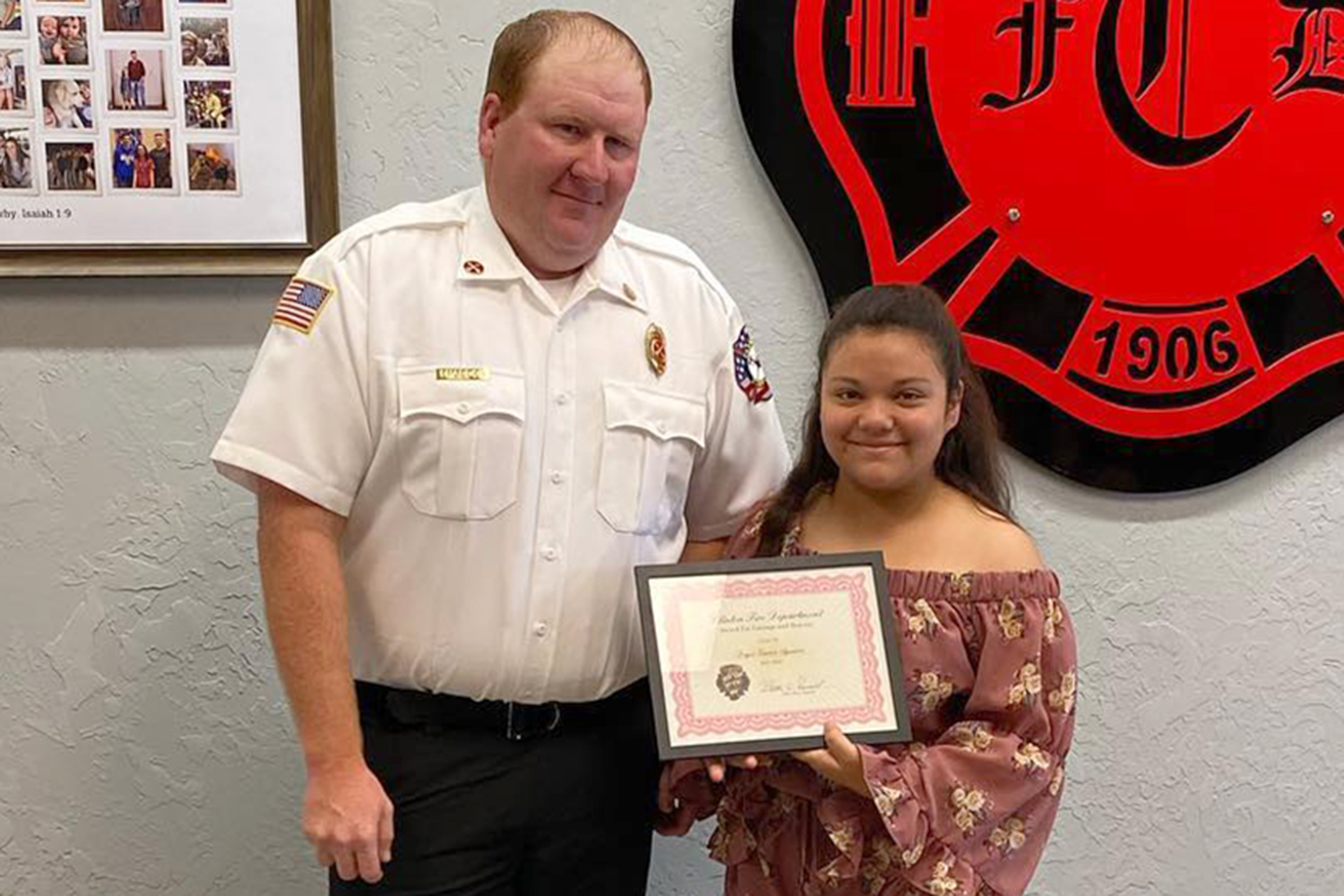 “I feel good because I saved my family,” said Dacey Garza Aguirre

A 12-year-old Oklahoma girl is being hailed as a hero after she saved her family from a house fire.

Dacey Garza Aguirre was asleep on the couch at home early Saturday morning when she was awakened by a popping sound, according to a statement from the Clinton, Oklahoma, Fire Department released on social media.

According to officials, when she saw a spark in an electrical outlet, Dacey tried to unplug devices from nearby outlets, but then saw that the fire had already started and had spread to nearby furniture.

After realizing what was happening, the girl warned her family members, including siblings, cousins and an aunt, to get out of the house. Once everyone was removed from the house, Dacey called 911 from a neighbor’s phone, authorities said.

“She’s a hero. … Her courageous actions undoubtedly prevented a much worse situation,” the Clinton Fire Department said in a Facebook post. “Although they may have lost their home, their family is still intact.” 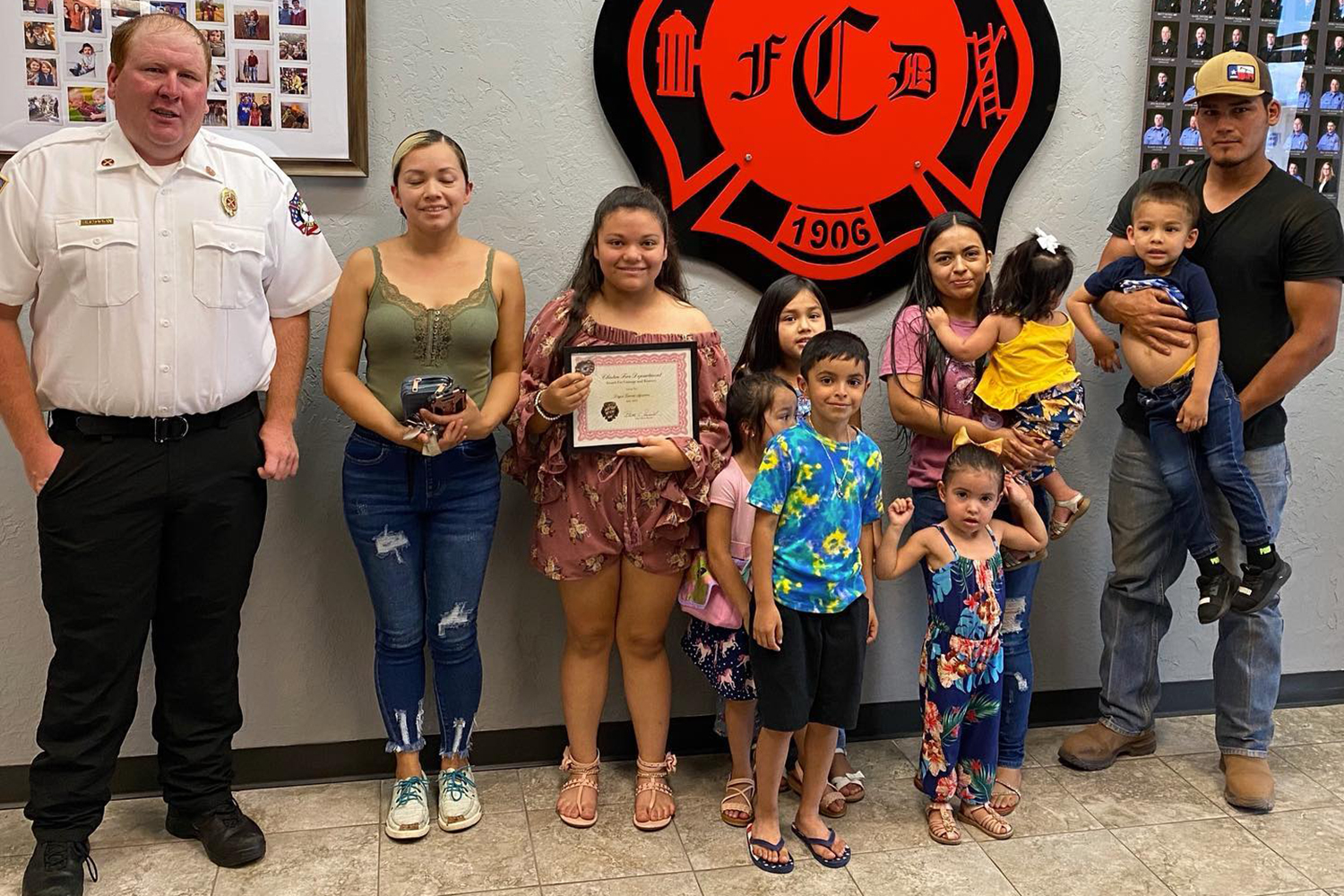 Days after the fire, Dacey joined ABC TV’s KOCO at the scene, where she spoke at length about the terrible incident.

“I was sleeping right here and the fire started right there, so I was really close to the fire,” she explained to the outlet. “I started screaming my aunt’s name.”

Lt. Dylan Abner with the Clinton Fire Department called Dacey “an amazing little girl” — noting that “she’s far beyond her years” — in a statement to KOCO, which reported that Dacey was the first to receive an award from the fire department for her heroic actions.

“We put together the Clinton Fire Department Award for Courage and Bravery. It’s just something we felt like we should do for her,” Abner told the outlet.

“Everyone told me I’m a hero,” Dacey added. “I feel good because I saved my family.”