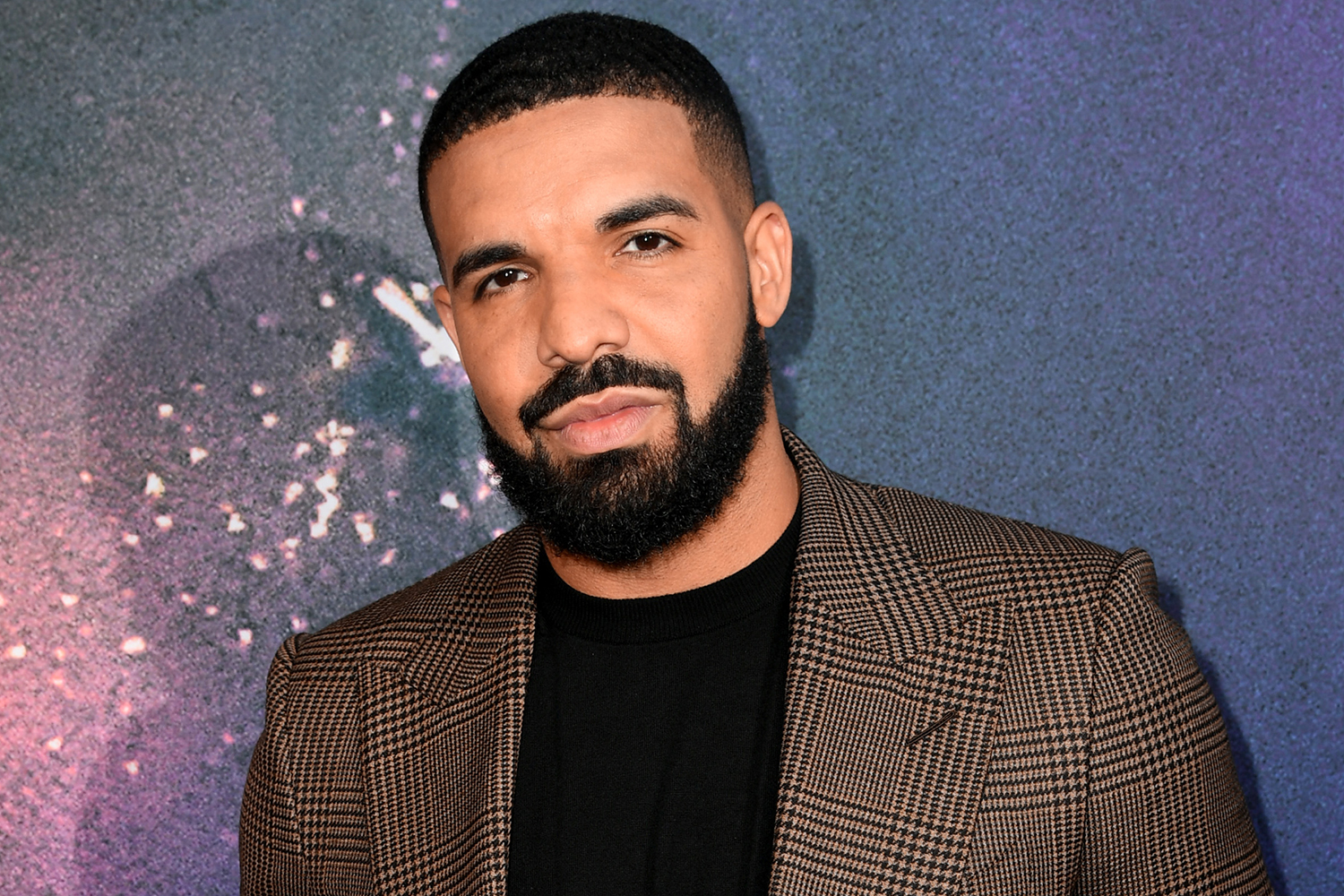 “The moment I test negative I will give you everything I got on stage (except the Covid),” Drake told fans via Instagram

In a post posted to his Instagram Story, the “Sticky” rapper revealed that his performance at the Young Money reunion with Nicki Minaj and Lil Wayne, scheduled for Monday, had been postponed because of his diagnosis, and apologized to fans for the last-minute announcement. 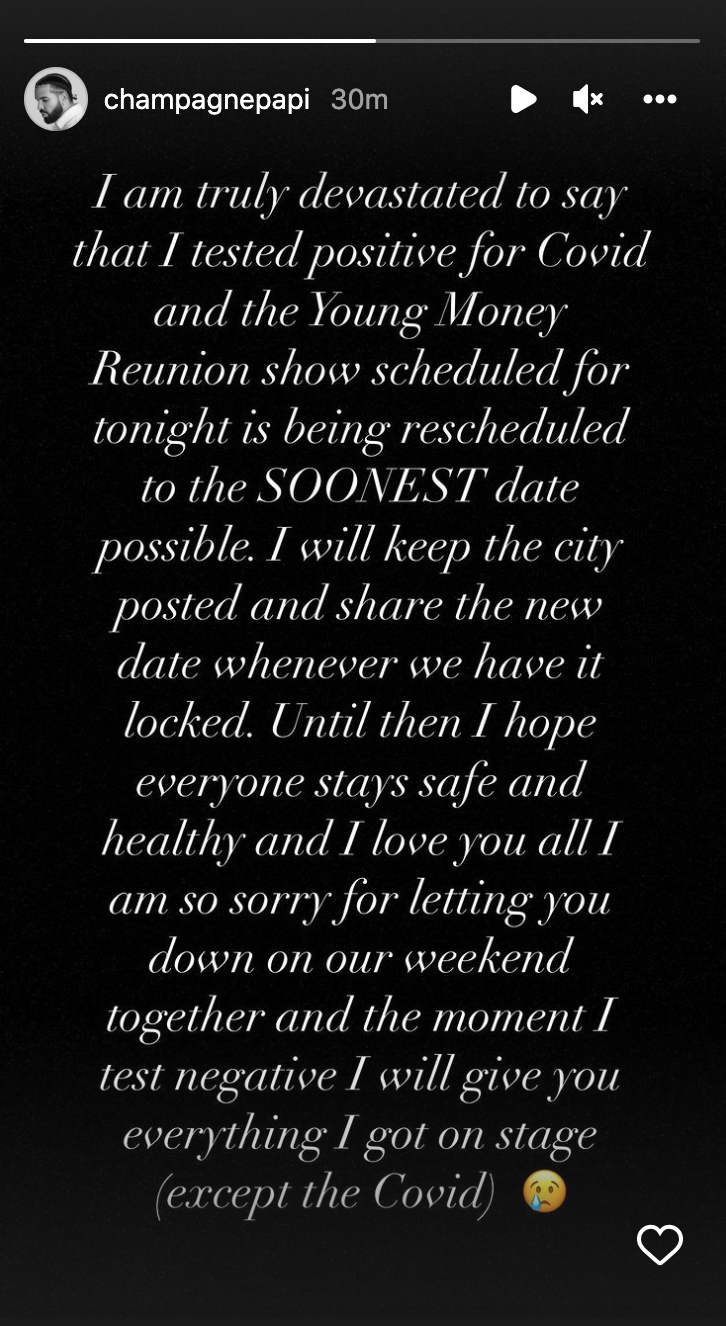 He continued: “Until then, I hope everyone stays safe and healthy, and I love you all […] I’m sorry to let you down on our weekend together, and the moment my test comes back negative, I’ll give you everything I have on stage (except Covid).”

On Thursday, the festival kicked off with an “All Canadian North Stars” night at the “Hotline Bling” rapper’s History nightclub, during which Drake surprised the crowd with an appearance from fellow Canadian artist Nelly Furtado.

“I don’t care how loud you sang tonight, right now, I need you to sing as loud as you can because this right here took a lot… This next person’s changed my life so much, I love her so much,” he told the crowd before introducing Furtado, 43, to sing her hits “Promiscuous” and “I’m Like a Bird” — marking her first live performance in 5 years.

Friday night of October World Weekend saw Chris Brown and Lil Baby perform a concert at Budweiser Stage as part of the duo’s One of Them Ones Tour.

Drake, Minaj, 39, and Lil Wayne, 39, first appeared together on 2009’s “BedRock” alongside Gudda Gudda, Tyga, Jae Millz and Lloyd. They’ve since collaborated on many other songs including 2014’s “Only” with Brown, 33, and “Truffle Butter” as well as 2021’s “Seeing Green” — all of which would’ve likely been performed by the trio on Monday. 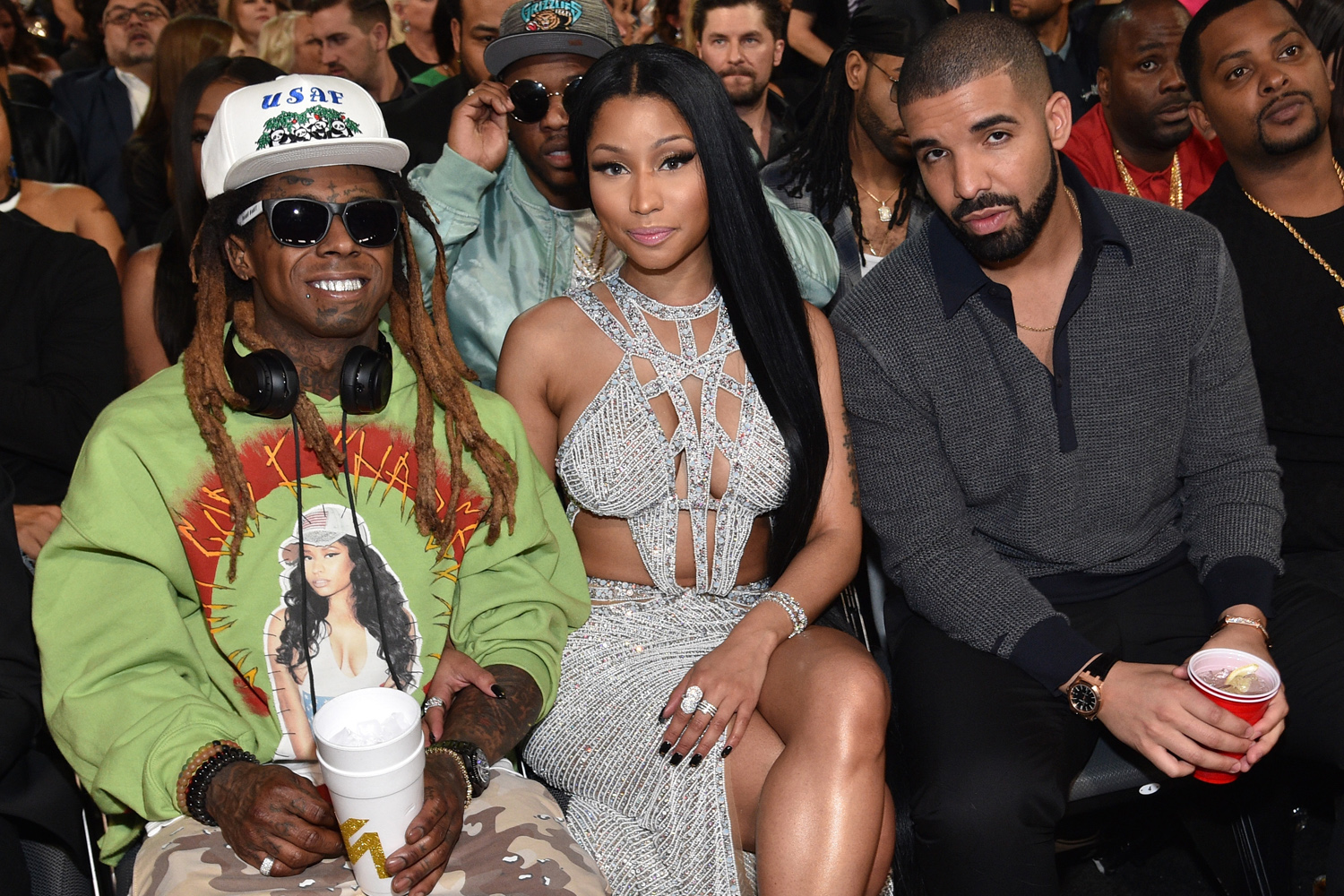 In March, Minaj spoke about the idea of touring with Drake and Lil Wayne during a Twitter Q&A. “Yes, of course — that’s been discussed many times,” she wrote in response to a fan. “Really a matter of timing. Also, IDK how all 3 of us would have enough time on stage to please all of our diff fans.”

The “Anaconda” performer added, “Those are some pretty large catalogs.”

Minaj previously appeared as an opening act on Lil Wayne’s I Am Music II Tour in 2011, while Drake and the “How to Love” musician hit the road together in 2014 for the Drake vs. Lil Wayne Tour.

A new date for the rescheduled Young Money reunion performance has yet to be announced.