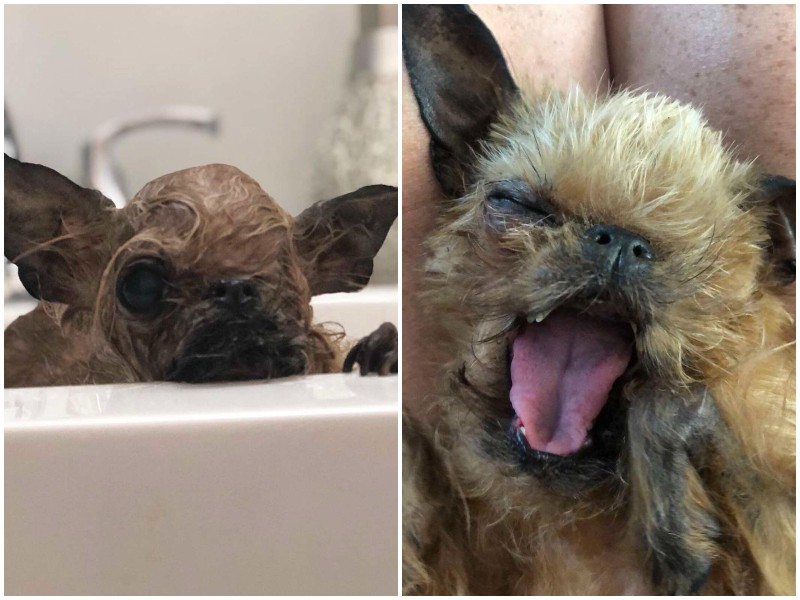 A woman noticed a small animal being thrown out of a neighbouring car. At first she thought it was a bat, but as she approached, she was shocked. In front of her lay a skinny one-eyed dog, shaking with fear…

An American woman named Alesha Brandt once noticed a small animal being thrown out of a neighbouring car. The car drove away straight away, and the woman rushed to help the poor thing. When she approached, she was shocked. At first she thought it was a bat in front of her. 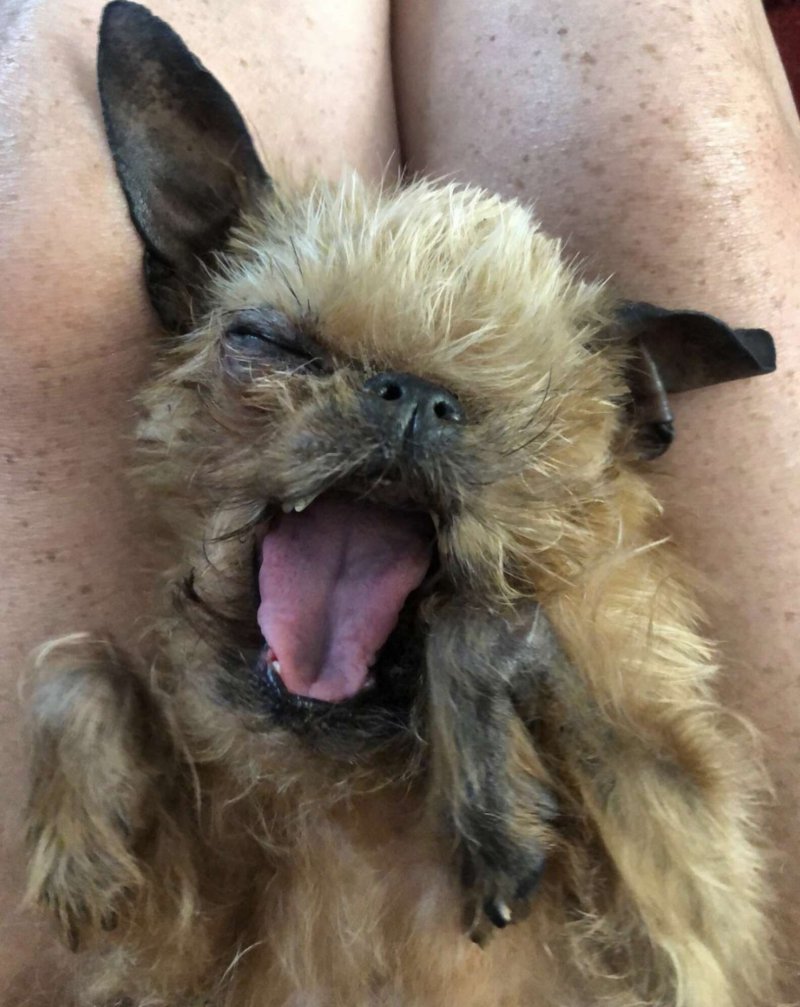 However, it turned out to be a small dog without an eye and with bones sticking out, trembling with fear. It was in a terrible state – shabby, dirty, scrawny, and weighed only 800 grams, although it was already old enough. 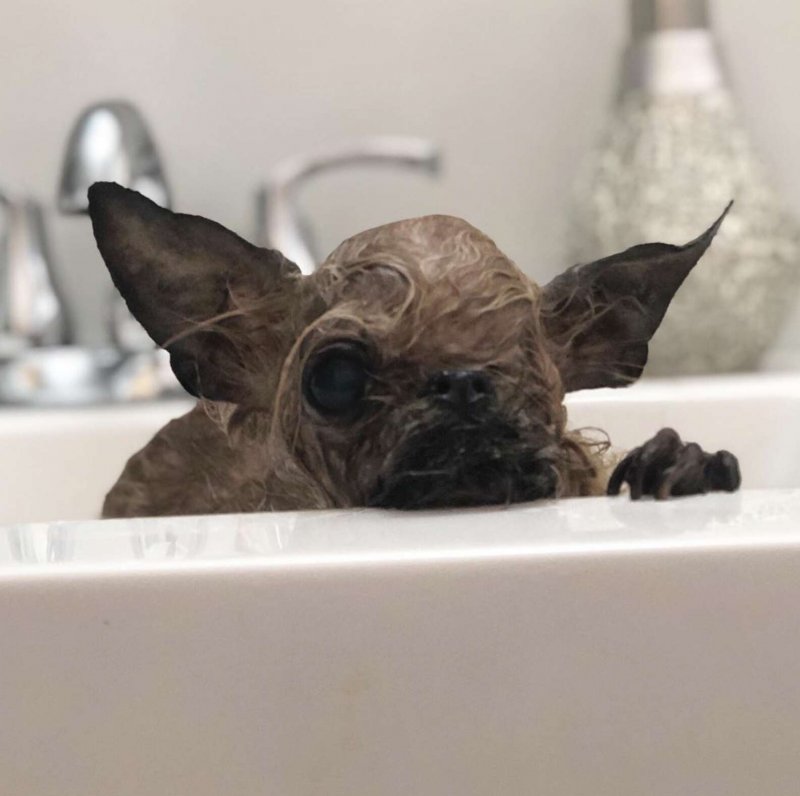 Alesha and her daughter took the dog to their house to help it. While the poor dog was being bathed, it was shaking with fear, but it accepted everything, as if it knew that they would help it here. Later the dog was taken to the vet, who determined that the dog was a Belgian Small Breed. 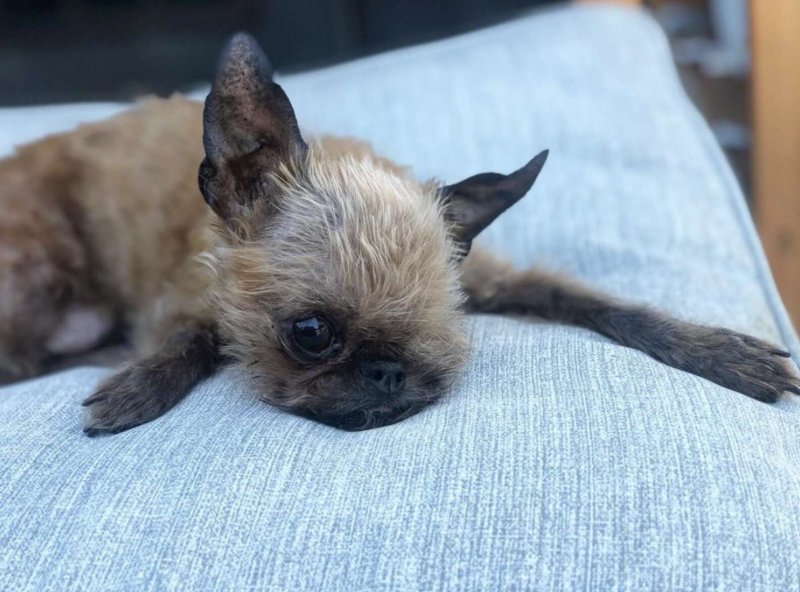 The dog was given the name Meeps and continued to be treated according to the doctor’s advice. In time, the love of Alesha and her daughter did the trick – first of all, the dog started to open up and was no longer so afraid of everything around it. It became friends with the other dogs in the family, and became even more confident in their company. 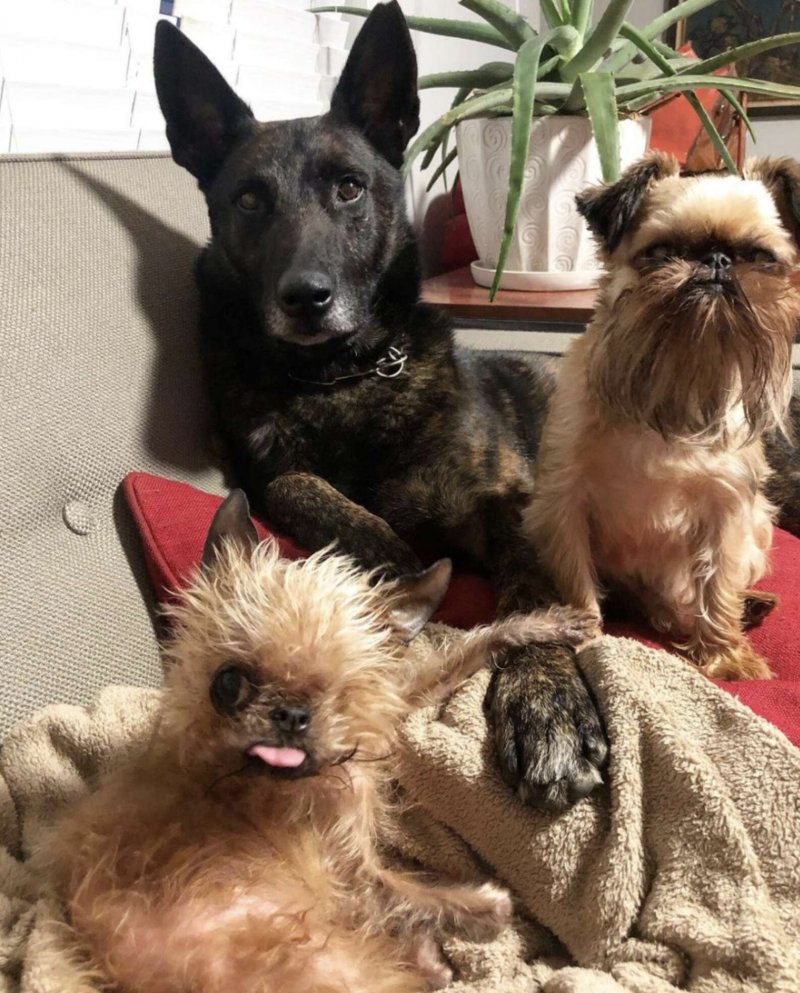 From day one, Meeps followed Alesha everywhere and nothing has changed since then – the dog is still attached to her. At first the family wanted to give Meeps away to other people but they got so used to it that they decided to keep it. The dog is now a happy member of their family and enjoys every day of life! 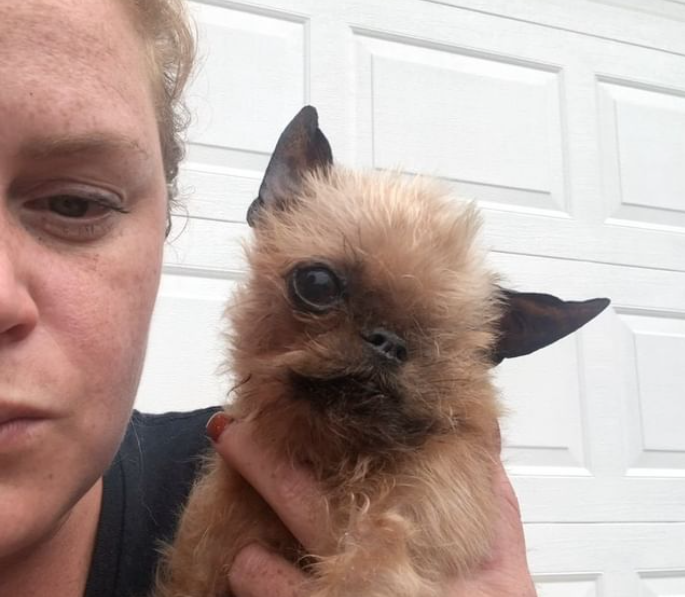