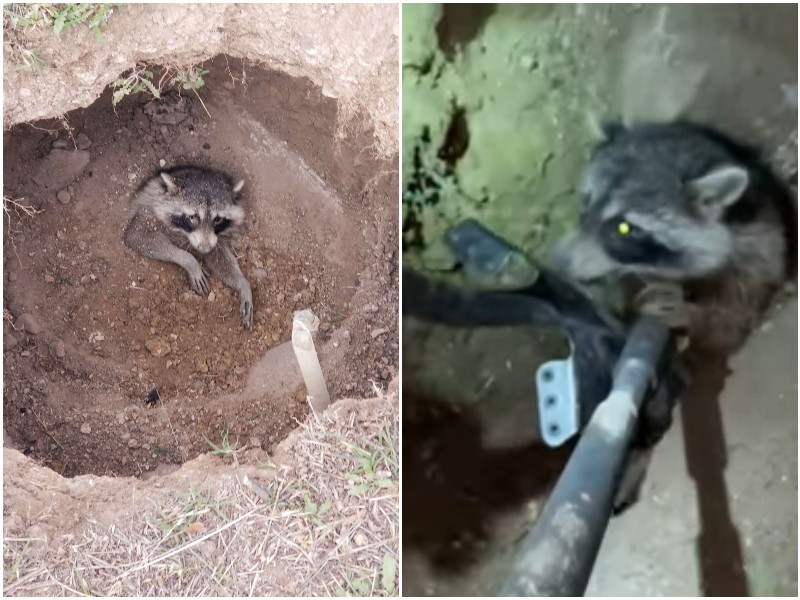 During a walk in the woods, two boys discovered a raccoon in a collapsed burrow that was half buried underground. The poor thing was alive, but breathing very hard. In spite of everything, the boys decided to help it.

Earlier this month, a Texas resident named Dray McMillon was walking in the woods near his home with his teenage sons. While exploring the woods, his sons came across several animal dens, one of which had collapsed. 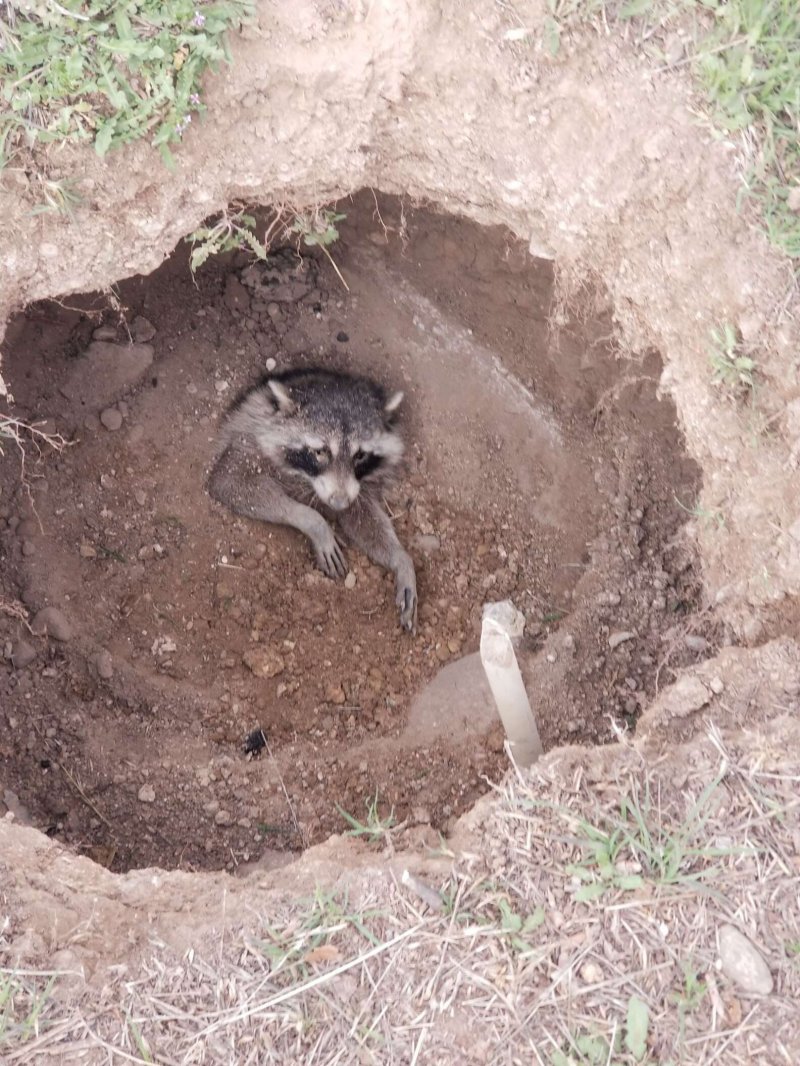 Suddenly the boys noticed something. A raccoon was looking at them from a collapsed hole, half buried in the ground. The boys immediately called out to their daddy:

“When I came over, I saw that the raccoon was already suffocating. It was painful to see, but my boys were adamant that we should help it,” says Drey. 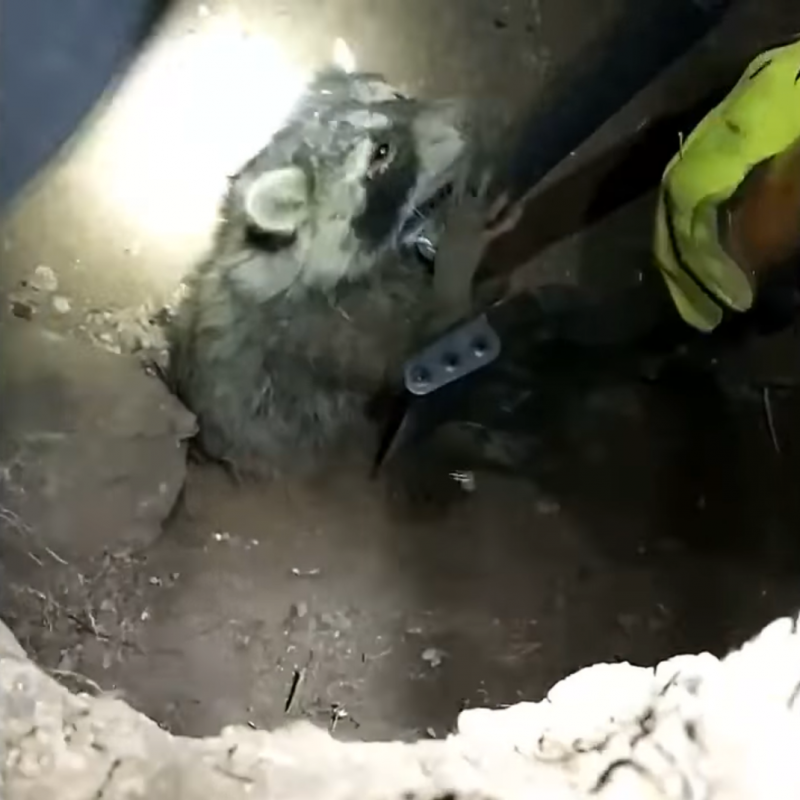 They dug the raccoon out with a shovel and their hands, and after a while they called Wild West Wildlife Rehabilitation Centre for help. A team of volunteers arrived, and together they saved the little life in the middle of the night. 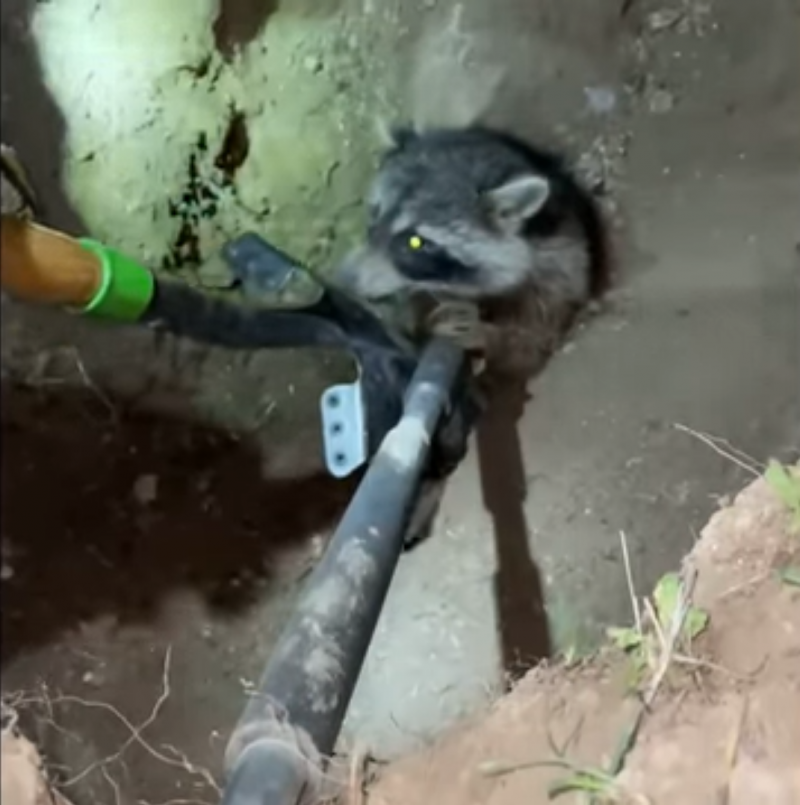 After a couple of hours of trying, the raccoon was finally free. Apart from being terribly tired and dehydrated, there was nothing wrong with it. The boys had spotted it just in time in the hole, and the raccoon was very grateful! It is not clear how the raccoon ended up in this position, but the important thing is that all turned out well. 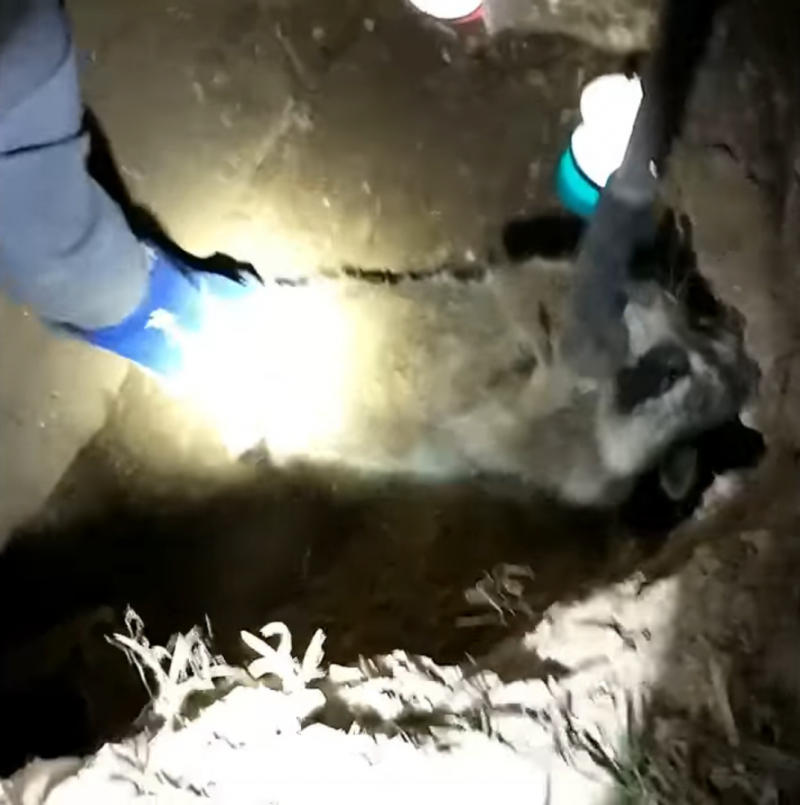 The raccoon was taken to a rescue centre to recover from such a shock. When it recovers, it will be released back into the wild.

“My sons were happy when they managed to get the raccoon out. I don’t think they will ever forget it,” says the father.

Thanks to these brave boys for saving a little life! 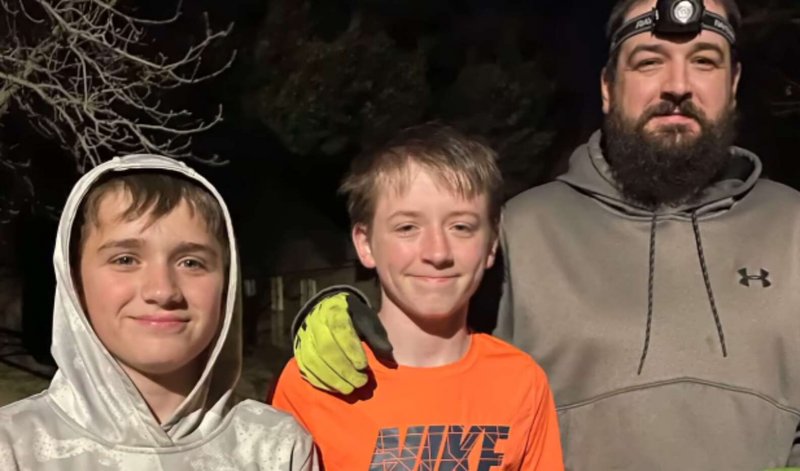