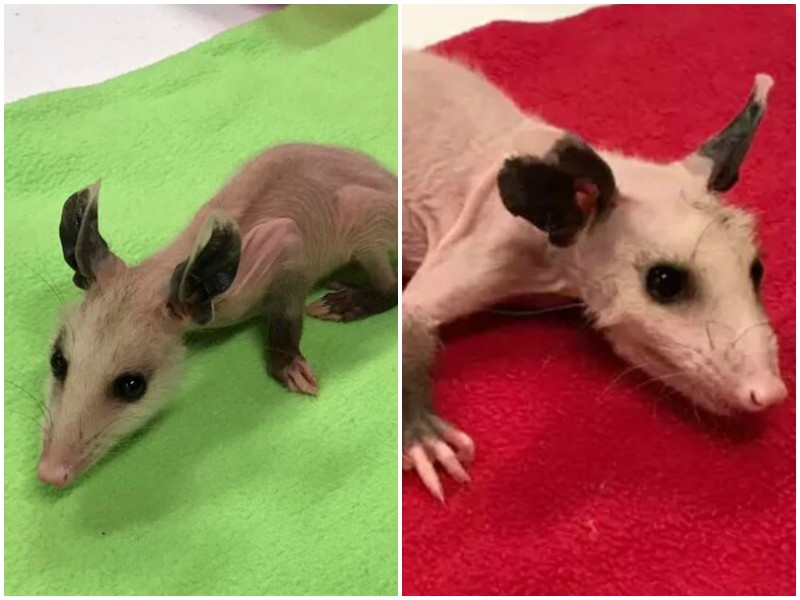 A staff member at a shelter in Texas saw a cardboard box on the doorstep and at first they thought there were papers in it. As they approached, the staff member saw a bald paw sticking out of the box. “A sphinx,” she thought. But it wasn’t a cat at all…

Staff at the South Plains Wildlife Refuge in Texas, USA, noticed someone had left a box on their doorstep. Gail Barnes, the centre’s executive director, approached the box, at first thinking there were documents in it. But then she saw a bald paw sticking out of the box – she thought there was a sphinx inside. 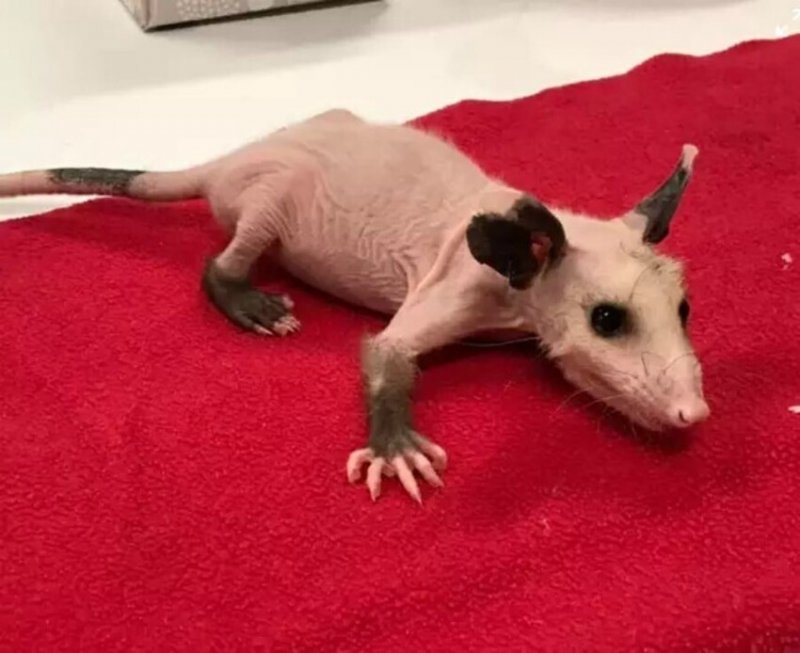 Taking the animal out of the box, the woman gasped – there was a bald possum in front of her. It was a small female that had somehow ended up in human hands. The little one was cold, shivering and weighed only 130 grams, so the staff rushed to help it. 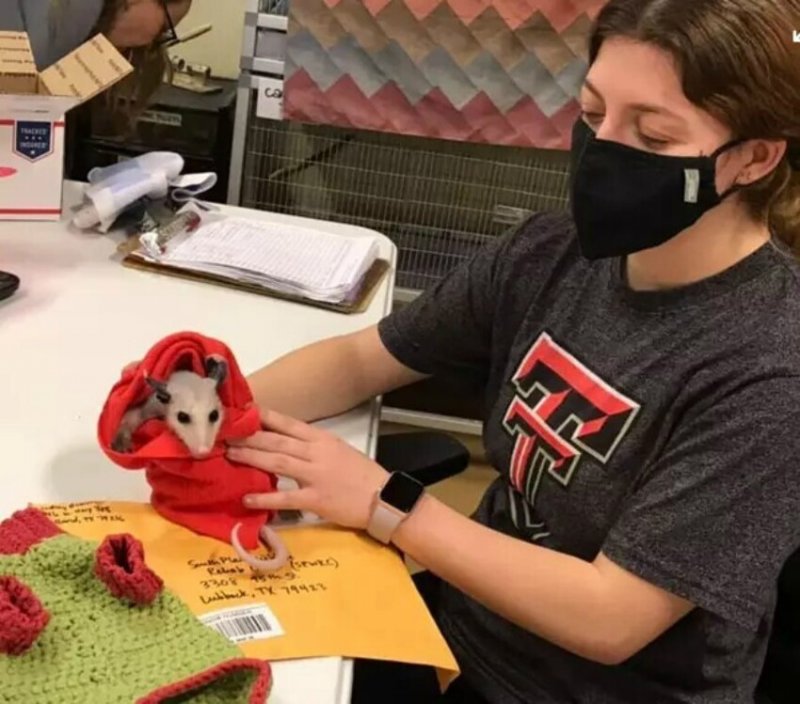 The little ward was placed in an incubator where its body temperature was regulated. The staff took care of it hourly, making sure it felt comfortable. As the vets explained, this baby has congenital alopecia (baldness). It was probably because of this that it was abandoned by its mother, and eventually people picked it up and brought it to the door of the shelter. 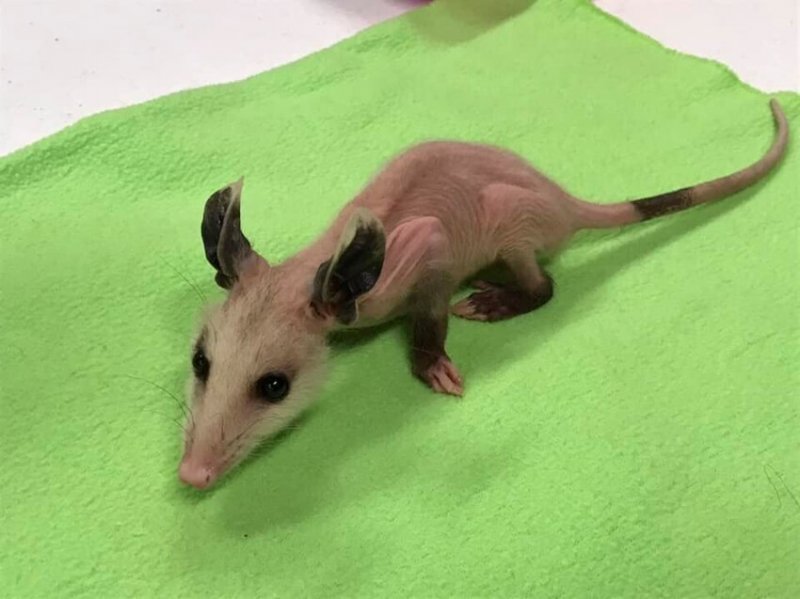 Because of its special nature, the little one would not have been able to survive in the wild – so they picked it up just in time. Soon the possum has grown and gotten stronger – it now weighs 583 grams and eats crickets, mealworms, yoghurt, fruit and vegetables. The shelter staff will not release it into the wild, but will take care of it themselves. 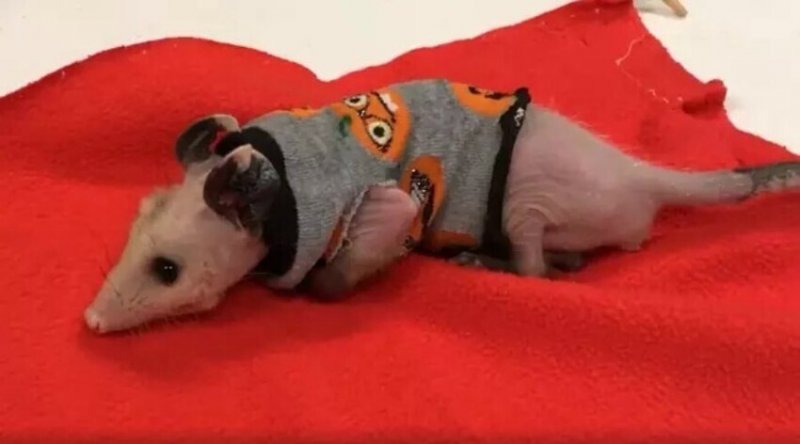 Also, knitted clothes from all over the country are being collected for this beauty. When shelter staff posted a photo of the animal and asked for more warm clothes, users from all over America responded. Now the possum pet has a whole collection of costumes!

Thanks to the kind people for saving this miracle! 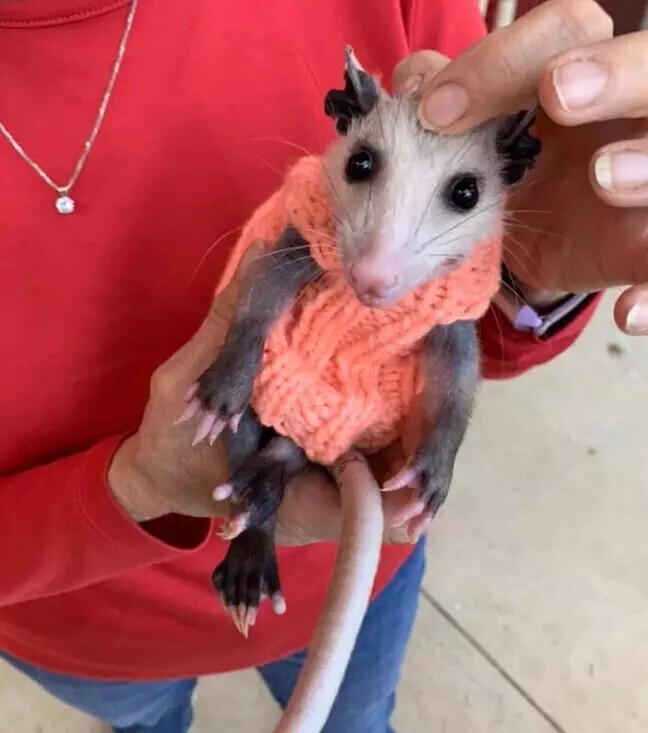