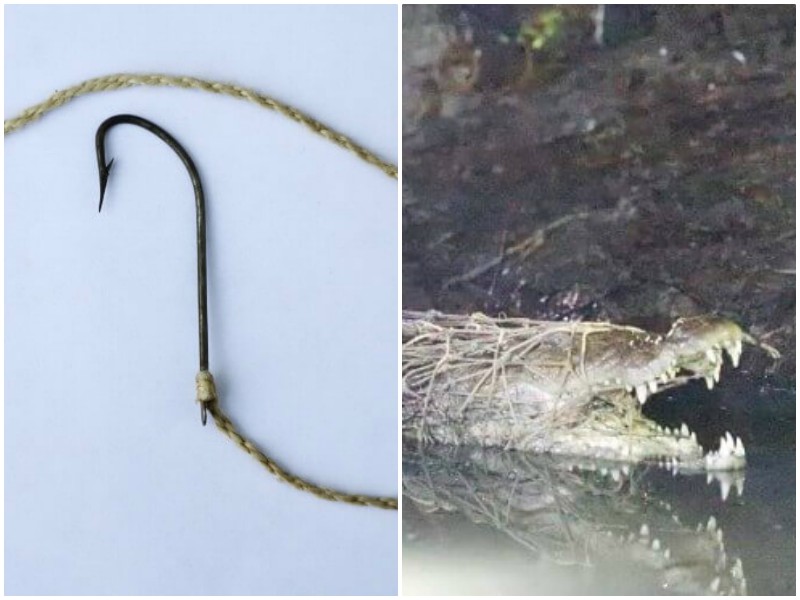 The villagers in India spotted this crocodile in a swamp near the settlements. They immediately thought there was something wrong with the 2-metre giant – it was very weak and could barely move.

The villagers in Agra, India, saw this crocodile in a swamp near the settlements. They immediately noticed that there was something wrong with it – it was very weak and could barely move. The people immediately reported it to the local Wildlife SOS centre. 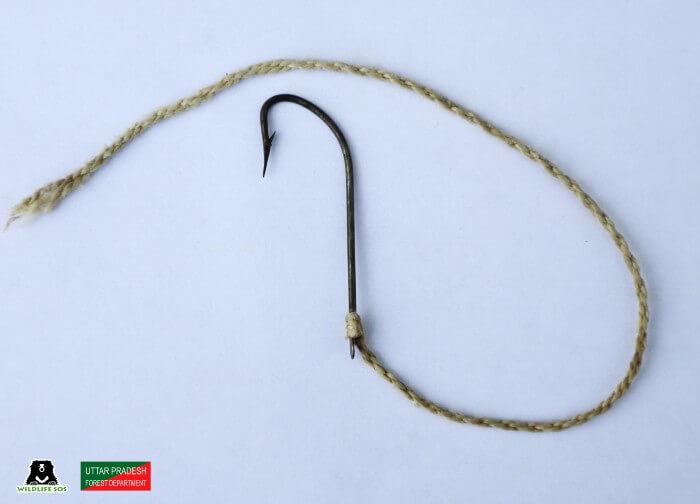 When the rescue team arrived on the scene, they had no difficulty in determining that the crocodile had been caught on a large fishing hook. Apparently, it had been in its mouth for several days and the hook was beginning to cause it terrible discomfort. The staff did the hard work of pulling the crocodile out of the swamp with the help of nets. 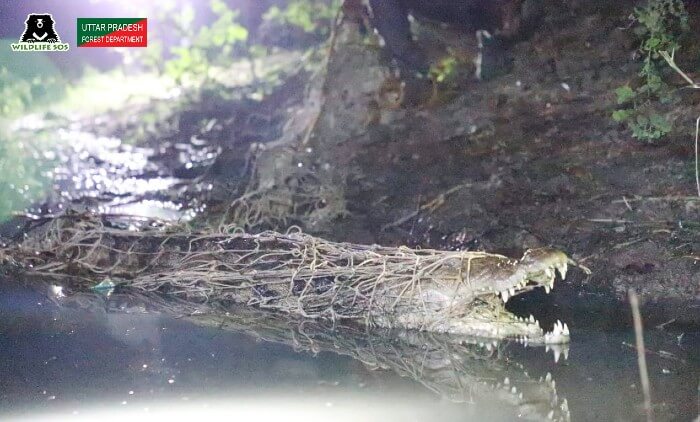 The crocodile underwent surgery at the veterinary centre to remove a hook about three centimetres long from its injured upper jaw. The reptile had already been diagnosed with an infection in its early stages, but luckily the villagers found this poor creature just in time. 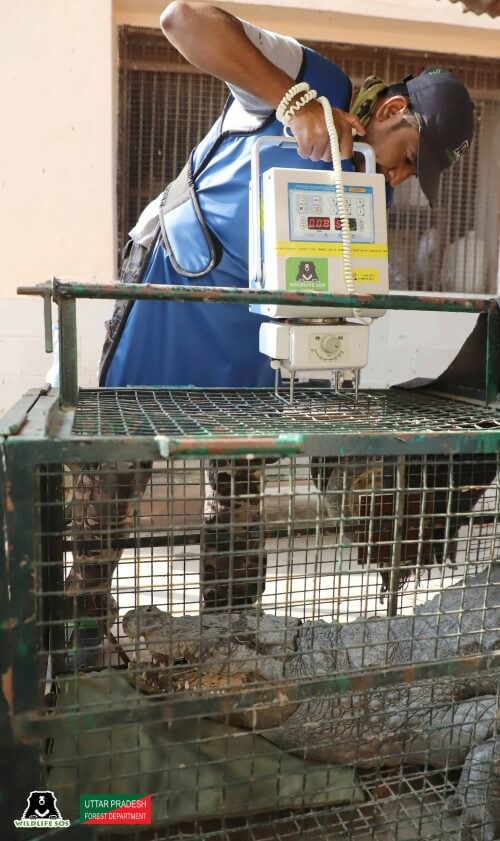 The crocodile bravely survived the operation and recovery period and was released back into the wild after a couple of weeks – away from the village. Swamp crocodiles live in Hindustan and adjoining countries. They can reach three metres in length. It is one of three crocodiles found in India, along with the gavial and the crested crocodile. 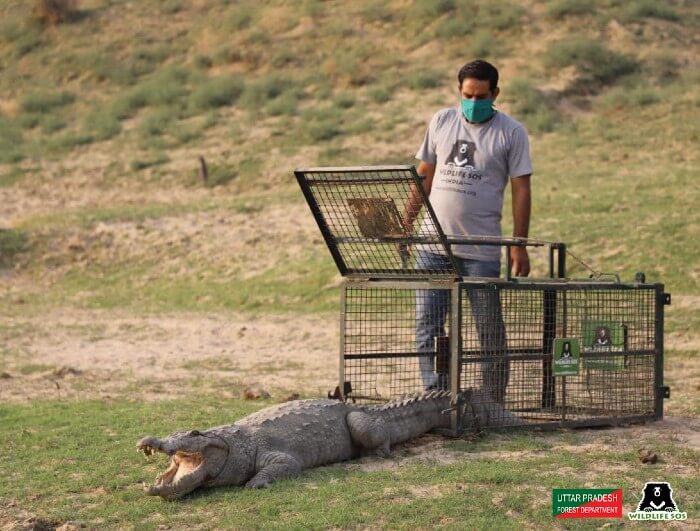