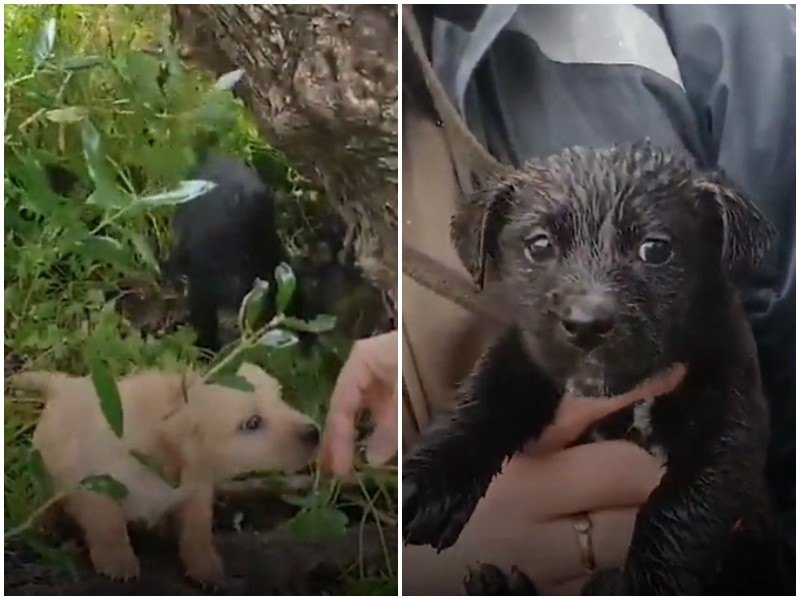 Passers-by found two small puppies in the wet grass in the rain. The brothers were whining and shivering from the cold, they were very hungry and were afraid of everything around. They needed love and warmth.. 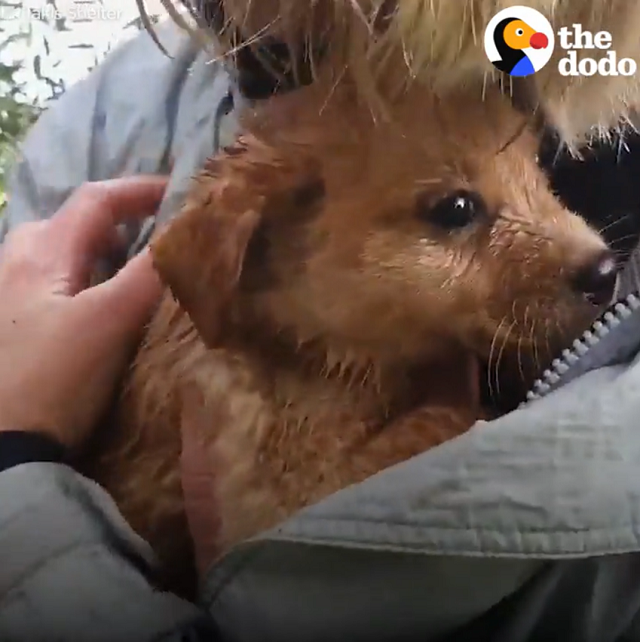 These babies were spotted by passers-by in the city of Ierapetra in Greece. The two shy puppies whined and shivered as they crawled through the grass during the rain. The babies were soaking wet, hungry, and frightened. When people tried to pick them up, they whimpered more in fear..

“If we hadn’t found them, they would have stayed here shivering in the cold,” said the man who recorded the rescue video. People took the puppies to the nearest Takis Shelter, known throughout the city. The owner of the shelter immediately adopted two puppies. 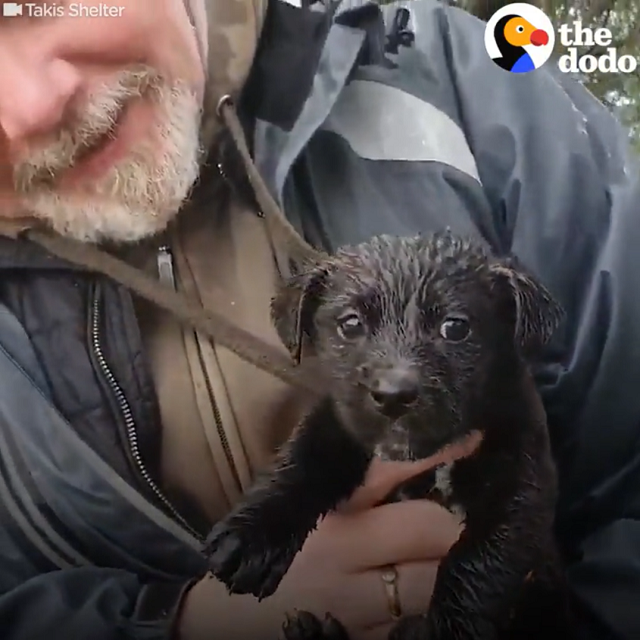 The brothers were fed, bathed and put to sleep on a warm couch. At first, they were afraid of the new environment and did not trust people, but then they realized that they were safe here. The puppies were sensitively cared for, and they began to respond to the caretakers with love. 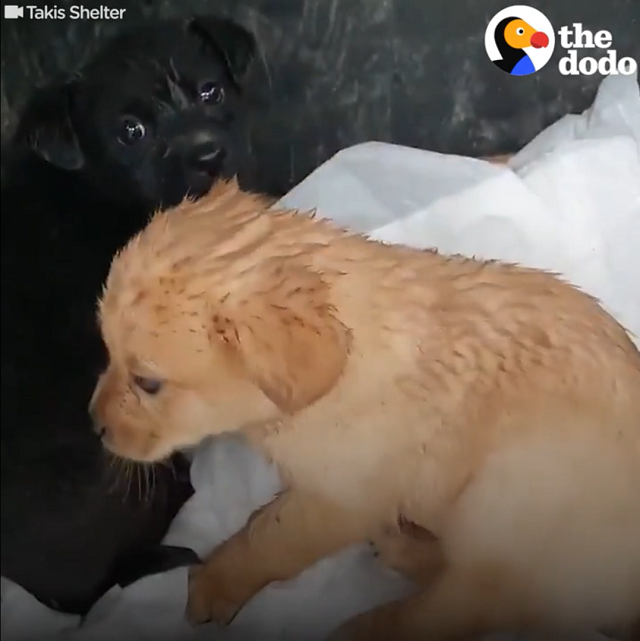 The puppies got stronger every day. They grew up healthy, active and very playful. The brothers also constantly frolicked together, and also made friends with other dogs from the shelter. 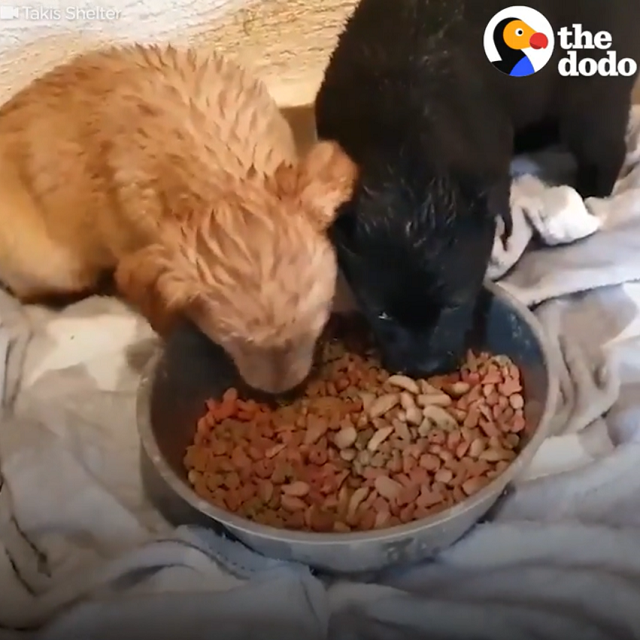 Some time passed, and these kids were so transformed that they were unrecognizable. Thanks to caring guardians, they grew up strong and became real beauties. Now volunteers are looking for permanent homes for them. Be happy kids! 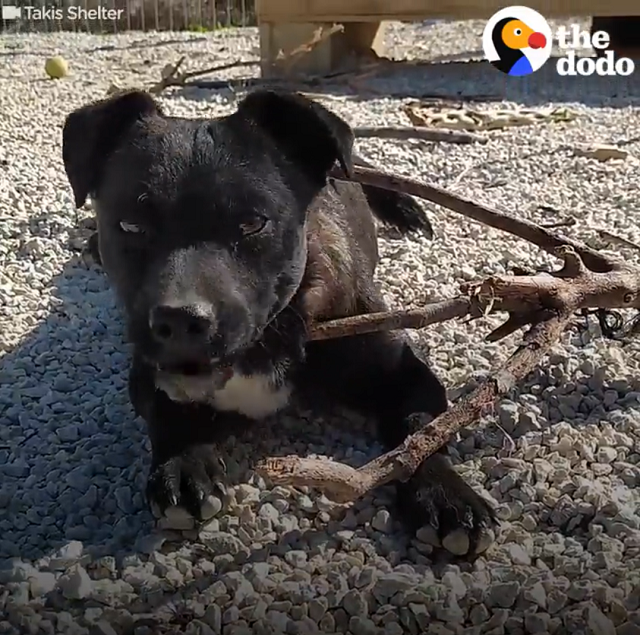 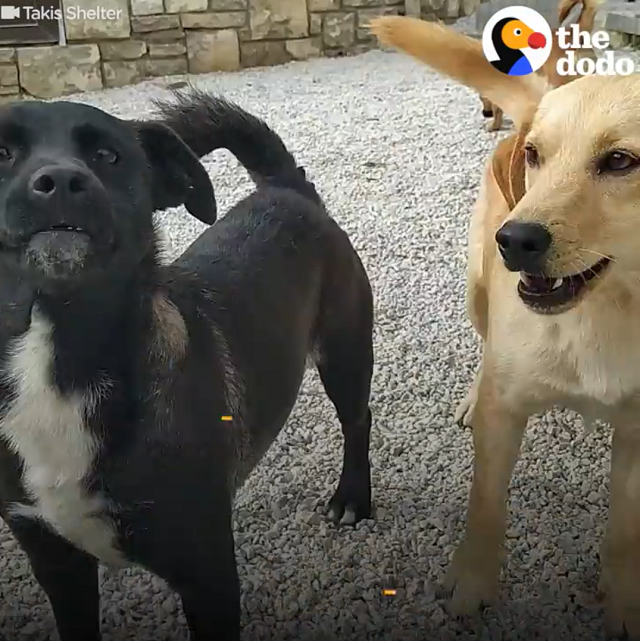