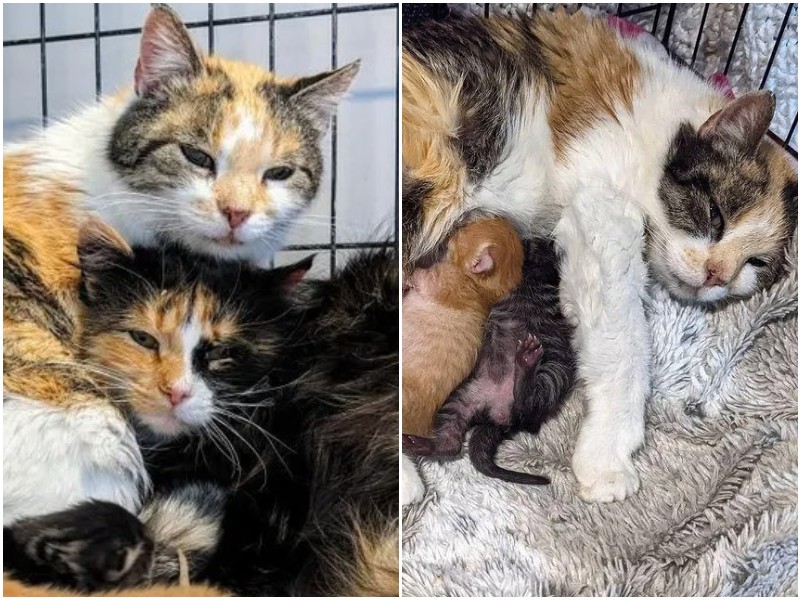 People noticed two stray cats with round bellies on the streets. The pregnant kittens were very attached to each other and were always near each other. Passers-by immediately decided that they should not be left out in the cold.

The two cats were spotted in the street in Columbus, USA. They noticed immediately that both cats had rounded bellies and were very attached to each other. Passers-by called the rescuers, who caught and took the kittens away the same day. 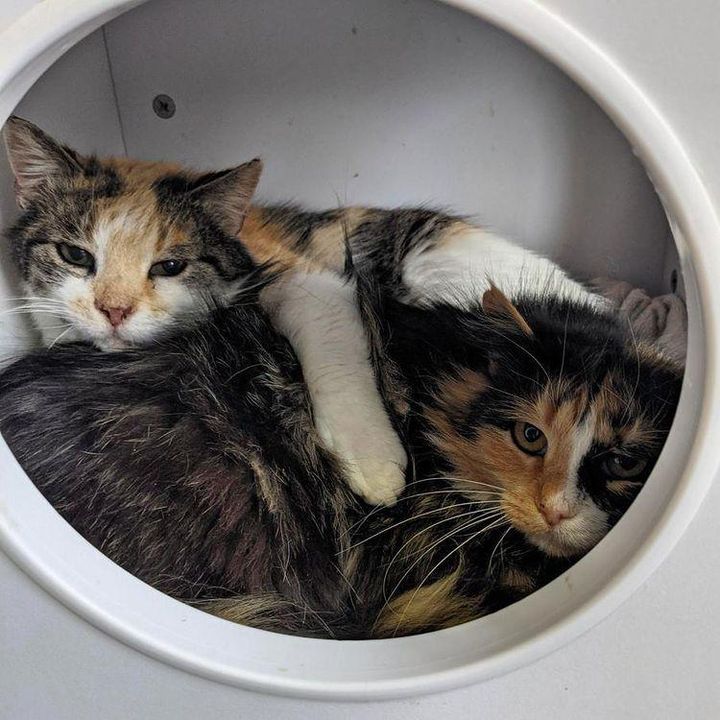 The cats ended up at the Foster Baby Cats shelter. They were very afraid of people and did not trust them, which was the norm after years of living on the streets. Only with time did they begin to learn trust little by little. They understood that they were safe here. 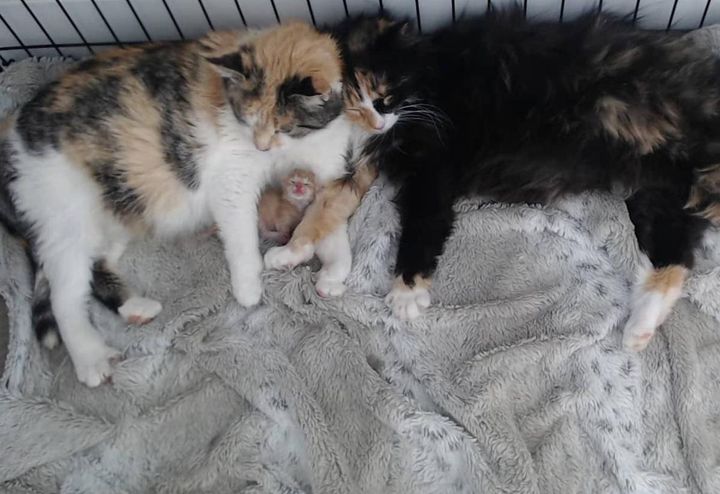 The cats were taken in by a shelter worker, Gillian. She looked after the future mothers and did everything for their comfort. Exactly one week later, one of the cats gave birth to a little ginger kitten. It was born prematurely and was very weak and tiny. 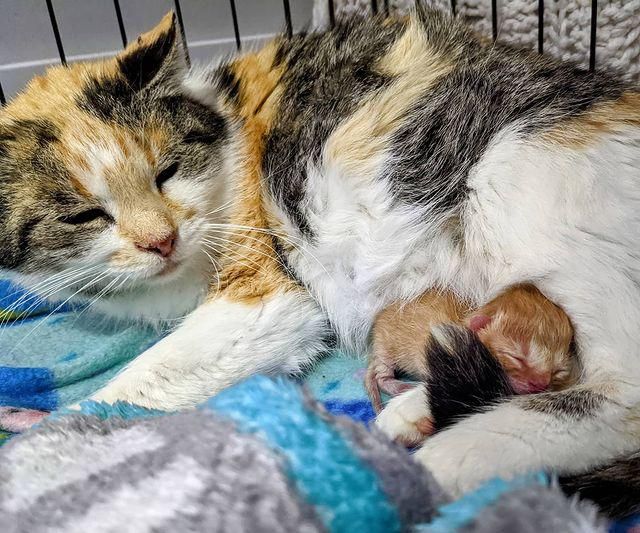 Gillian took the cat to the vet and an ultrasound revealed that the cat had another kitten in its belly. The next couple of days passed in anxious anticipation, and finally Mummy gave birth to its second kitten, which was slightly larger than its brother. 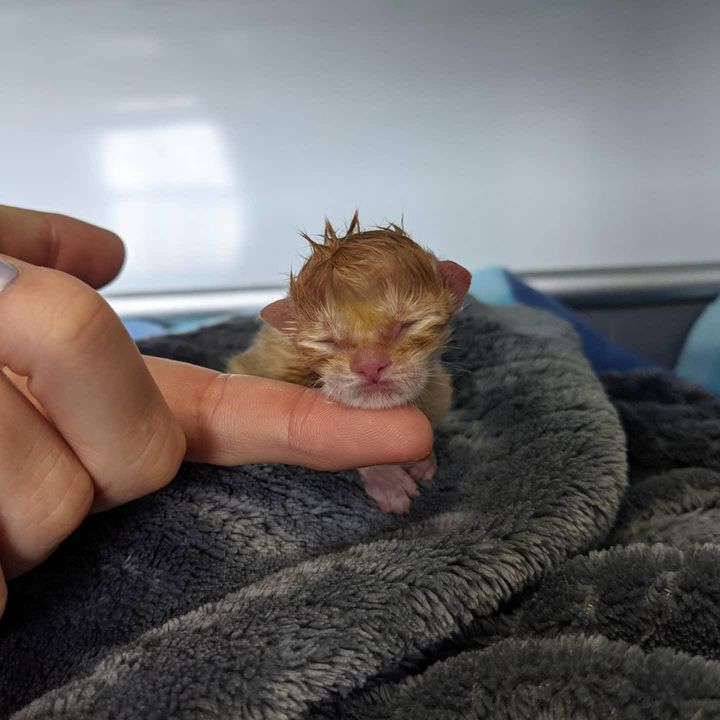 All the while, the second pregnant cat never left its friend’s side. Even during labour, it was there beside the cat, licking it. In the end, mother and babies were fine – the kittens were drinking the cat’s milk, and growing up. 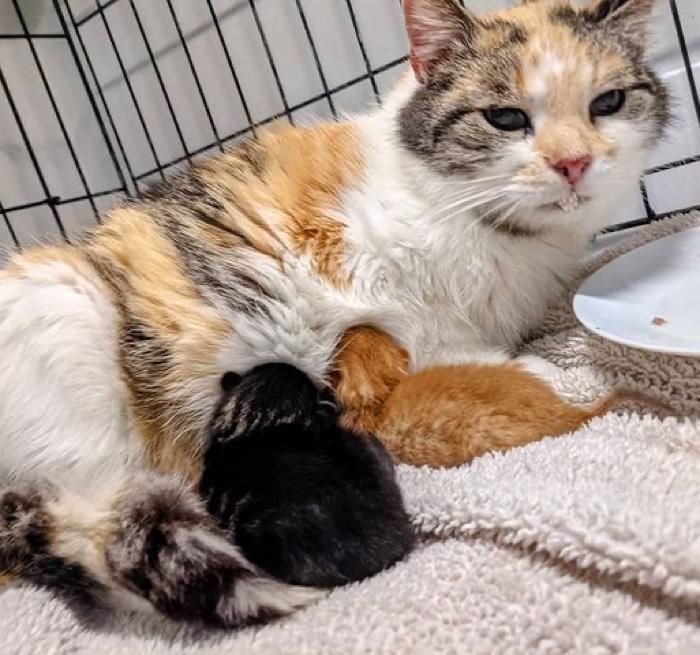 The red-haired baby is still weak and fragile, but its guardian constantly monitors its condition. Both cats sense that the baby is vulnerable and keep an eye on it too. 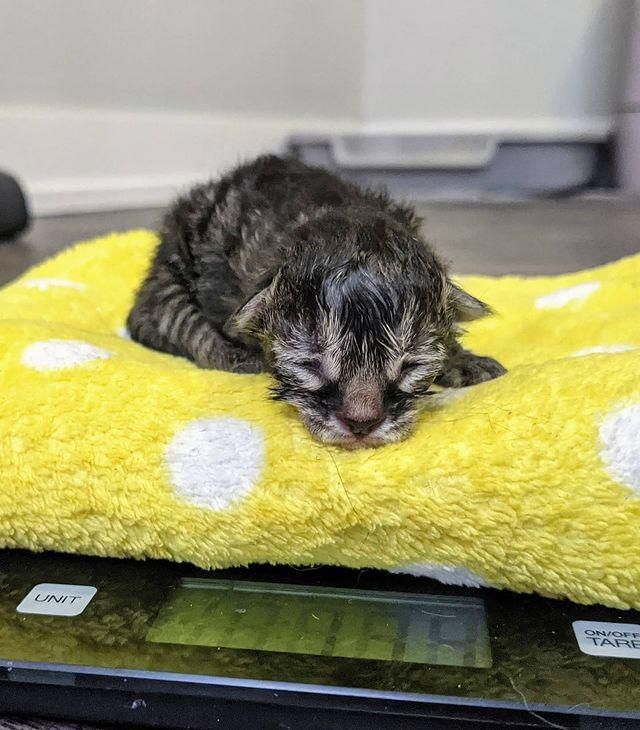 The second kitty is due to give birth later, but it is happy to help its friend with the joys of motherhood. The guardian has never seen such friendship between cats before – it really is touching. 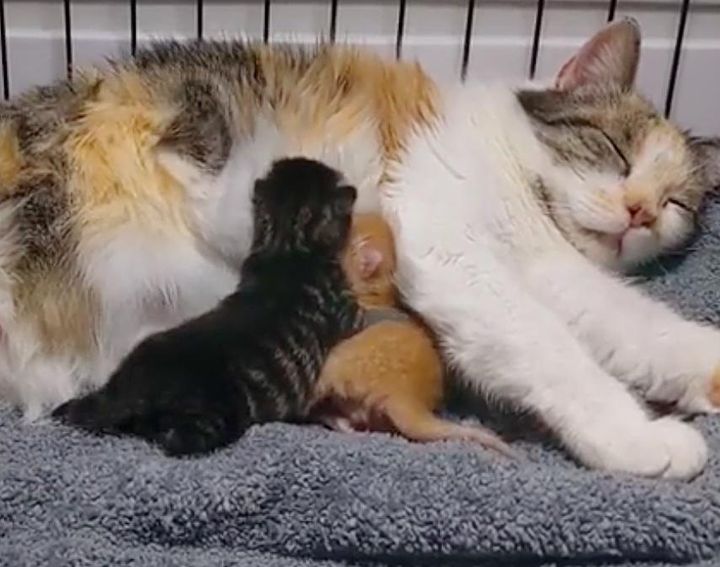 When the second cat gives birth to kittens and they are older, permanent owners will be sought for both mothers’ kittens. Once the mother cats have been neutered, they will also find owners. We thank the kind people who rescued them! 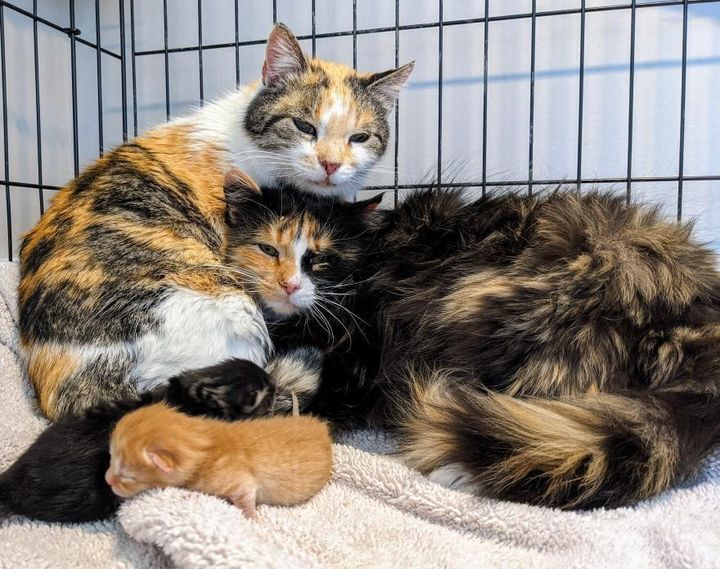