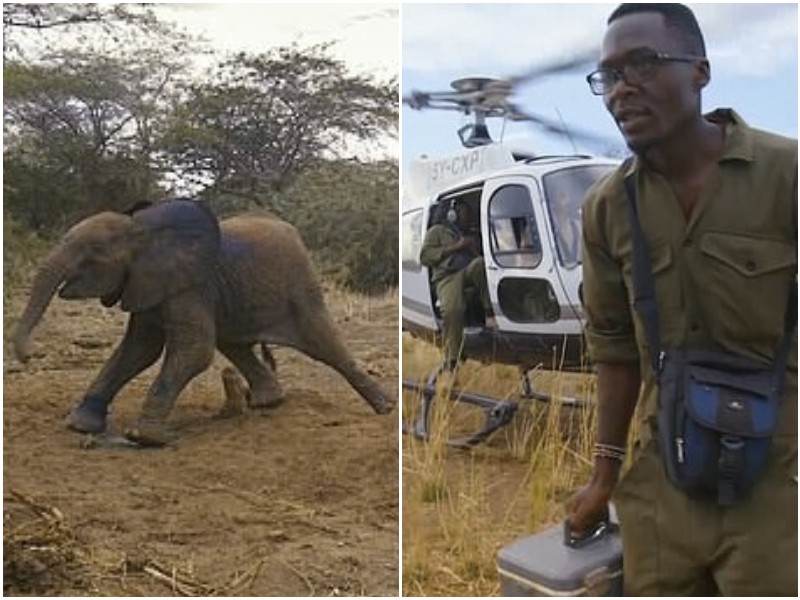 In Kenya, a baby elephant fell into a poacher’s trap that wrapped around its back leg. The helpless baby elephant tried with all its might to get out, and its mother watched it in the distance, realizing that it could not help in any way. 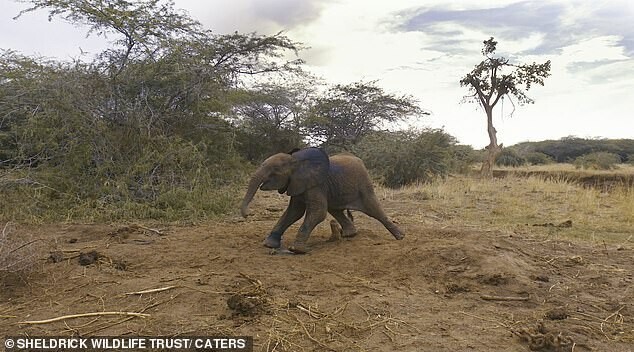 This baby elephant was found near the Tana River in Ndera Wildlife Sanctuary, Kenya, and was immediately reported to rescuers. The poor animal fell into a rope trap set by poachers and tried its best to get out. At this time, the mother of the baby elephant stood at a distance and helplessly watched the baby. 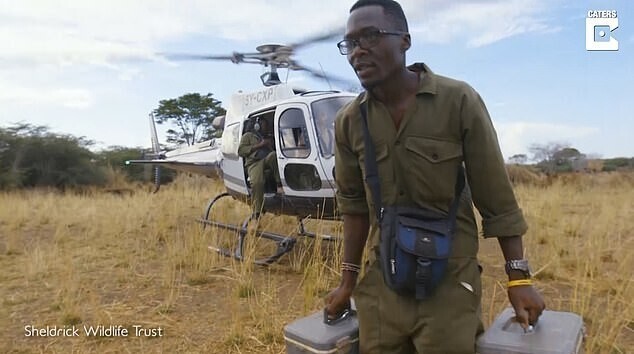 A team of veterinarians from the Sheldrick Wildlife Trust took off in a helicopter to help the animal. Specialists used an anesthetic-filled dart to temporarily put the baby elephant to sleep, cut the rope on its leg, and sprayed the lesions with a blue antiseptic. 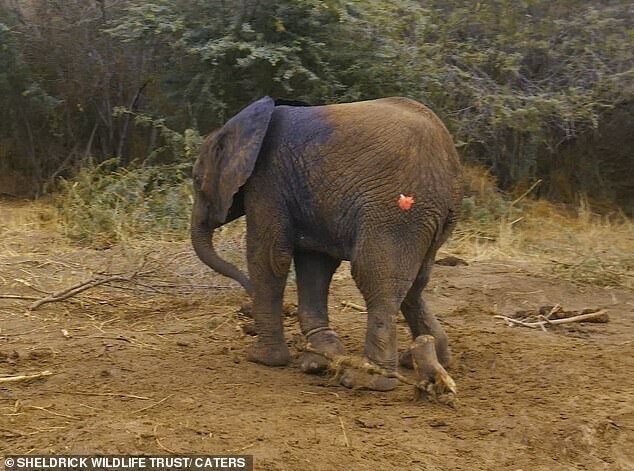 After the team successfully freed the baby elephant, it woke up and happily ran into the thicket to its mother. The team was glad to release the baby, but unfortunately, such cases are not uncommon here. Despite the fact that reserves in Kenya try to protect against poachers, organizations cannot keep track of everyone, and many animals get into trouble. 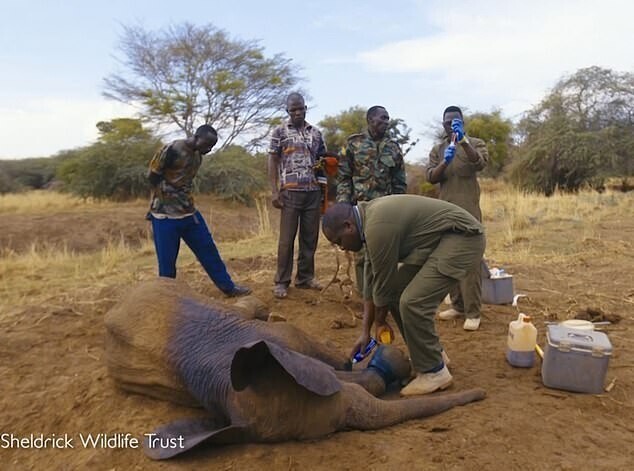 Every year, the Sheldrick Wildlife Trust rescues local elephants from poachers. In recent years, they have managed to achieve significant results – the elephant population in Kenya has begun to grow again. There are now 36,280 elephants in the country, up 12 percent from 2014 when poaching activity was at its highest. 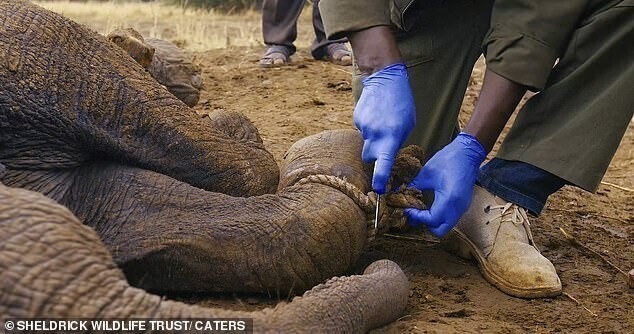 But animal rights activists don’t stop there. After all, there are only about 400,000 wild elephants left in all of Africa. Experts have calculated that within the next decade, these animals may become extinct due to illegal poaching and other factors. Therefore, work on the conservation of populations is actively ongoing. Most of the results so far have brought tougher penalties for poaching.