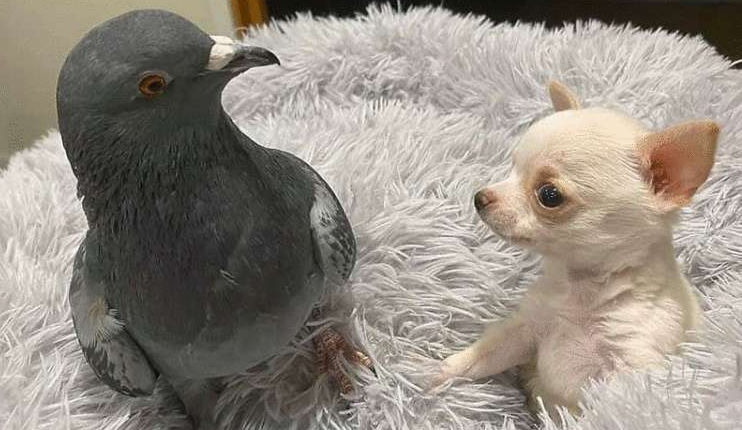 Despite the fact that these animals are completely different species and have health problems, they are bound by a strong friendship. A pigeon named Herman can’t fly, and a puppy named Lindy can’t walk properly. The New York Animal Welfare Foundation is dealing with these inseparable friends. 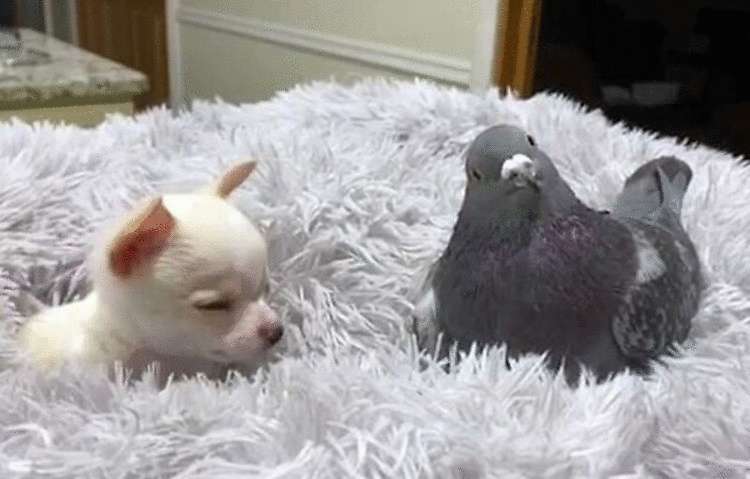 A Chihuahua puppy has a damaged spine. Because of this, its hind legs do not work. In the shelter of the foundation, the dog made friends with a pigeon, which has underdeveloped wings. 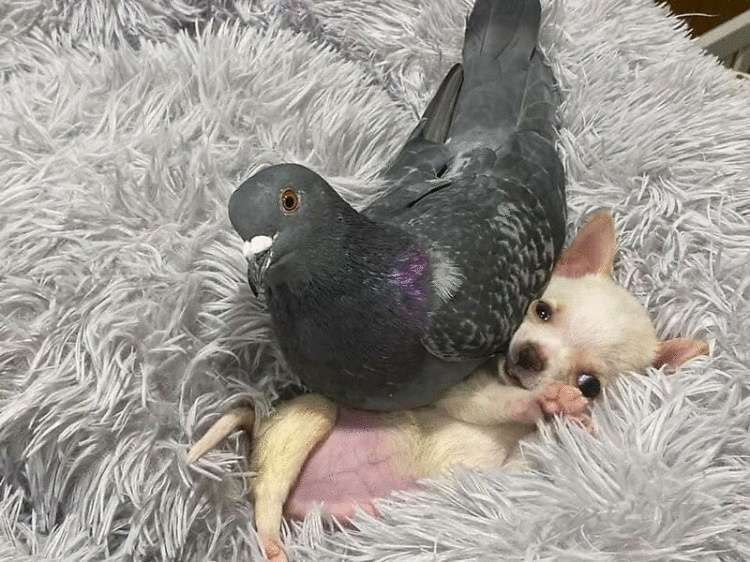 Sue Rogers, the founder of the Animal Welfare Foundation, said that a friendship was formed almost immediately between these animals. They began to show sympathy for each other’s every move. 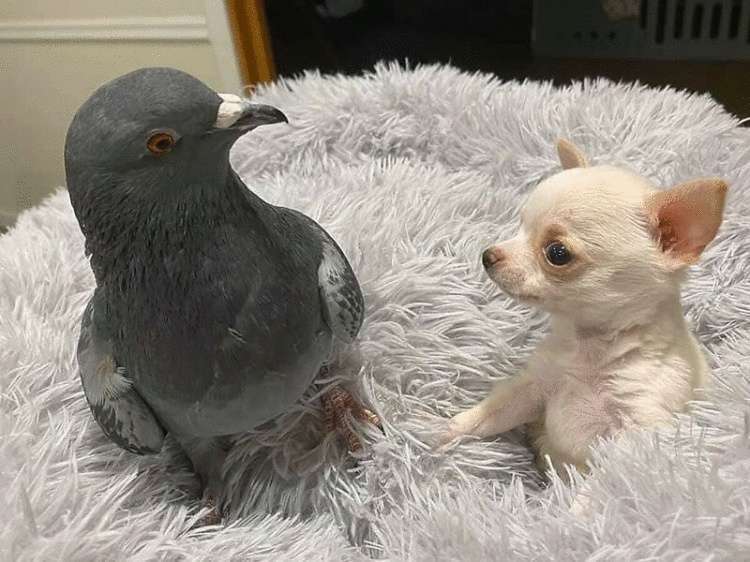 Their friendly relations began with the fact that during the care of the woman on the puppy’s bed planted a pigeon. At first, Sue watched the animals so that they would not harm each other. 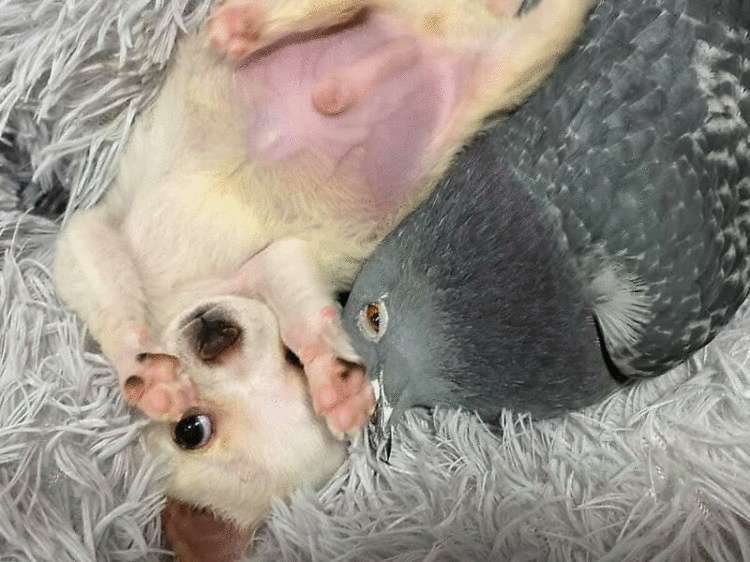 However, after a few minutes, she realized that Lindy and Herman were friendly to each other. Such an unusual friendship touches and shows that no differences matter. 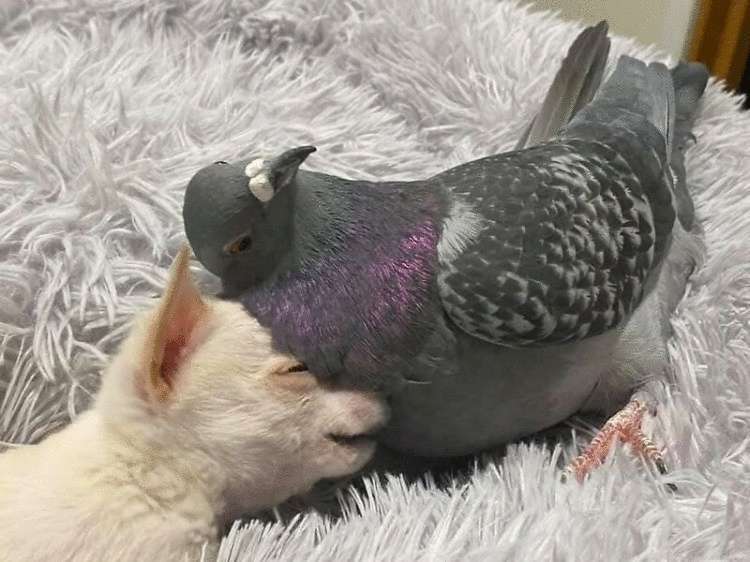