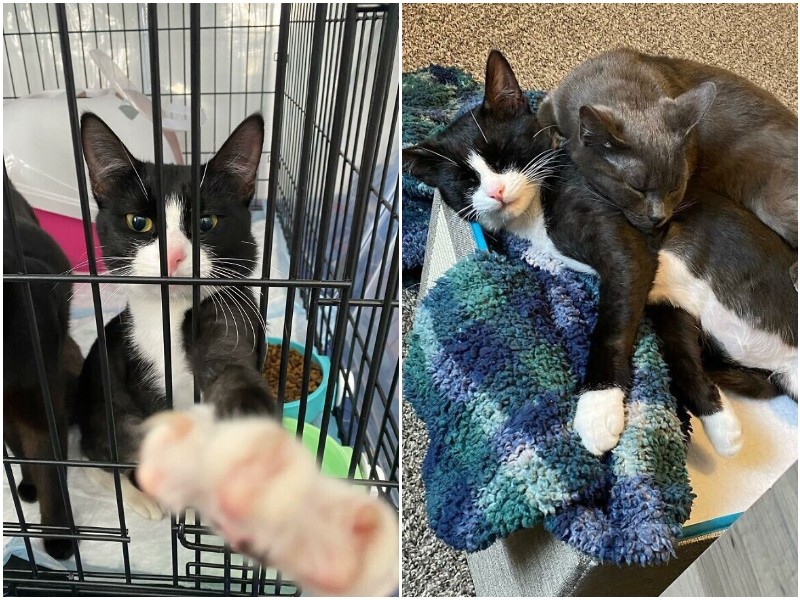 The family saw a skinny cat desperately begging for food – and then two more cats came out of the bushes. All three were in a terrible state, skinny and covered with fleas, but it was clear that these cats had recently lived in the house.

An American woman named Megan Beavers and her husband were walking their dog recently when a hungry cat ran out to meet them. As soon as the woman took food out of the bag, two more cats ran out of the bushes. All three were very thin, completely covered with fleas and with hair falling out in some places. 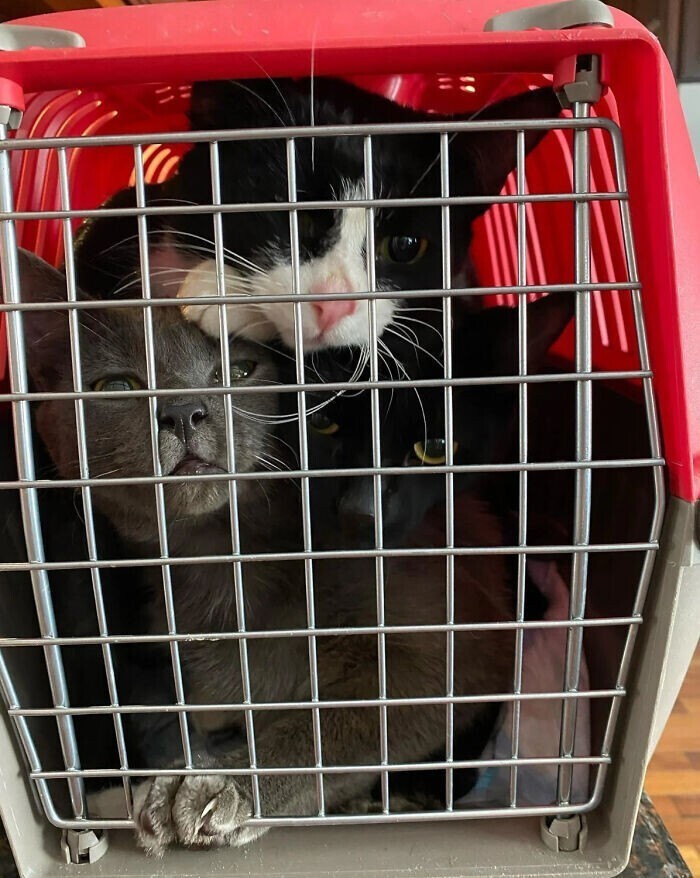 But despite the shabby appearance, it was clear that the cats had recently been domesticated. They asked for affection and were not at all afraid of people. When Megan asked the neighbors, it turned out that a few months ago these cats were thrown out into the street to their fate … 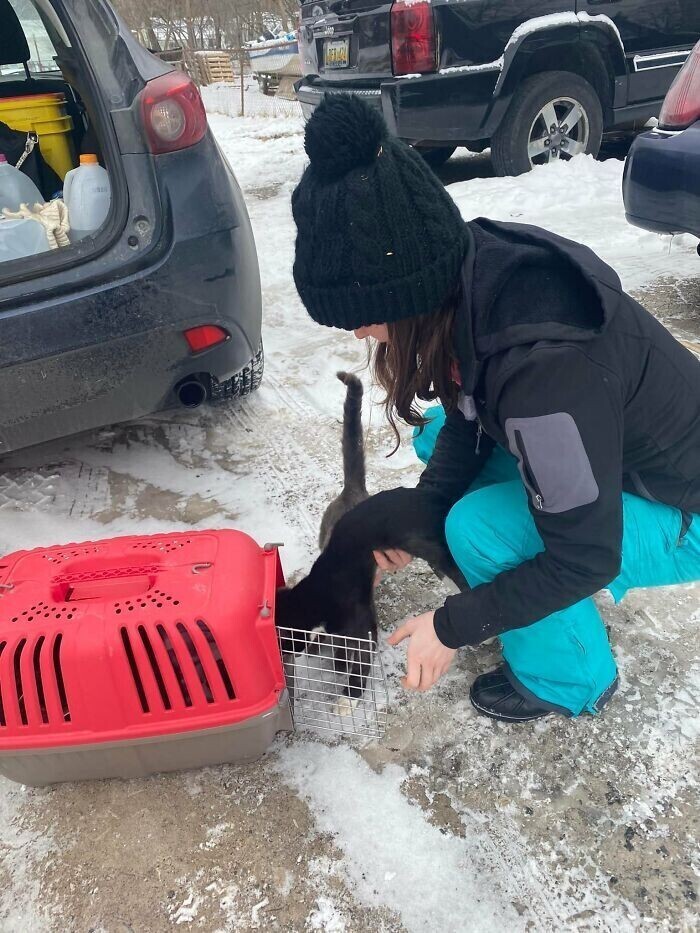 Then the family decided to help the cats, and they took them to their place for recovery: “At home, we took care of them and gave them the necessary medicines. After a couple of hours of talking with them, I realized for sure that they were domestic cats that were simply thrown away. This thought has haunted me – how could someone throw away such charming animals as garbage?” says the caretaker. 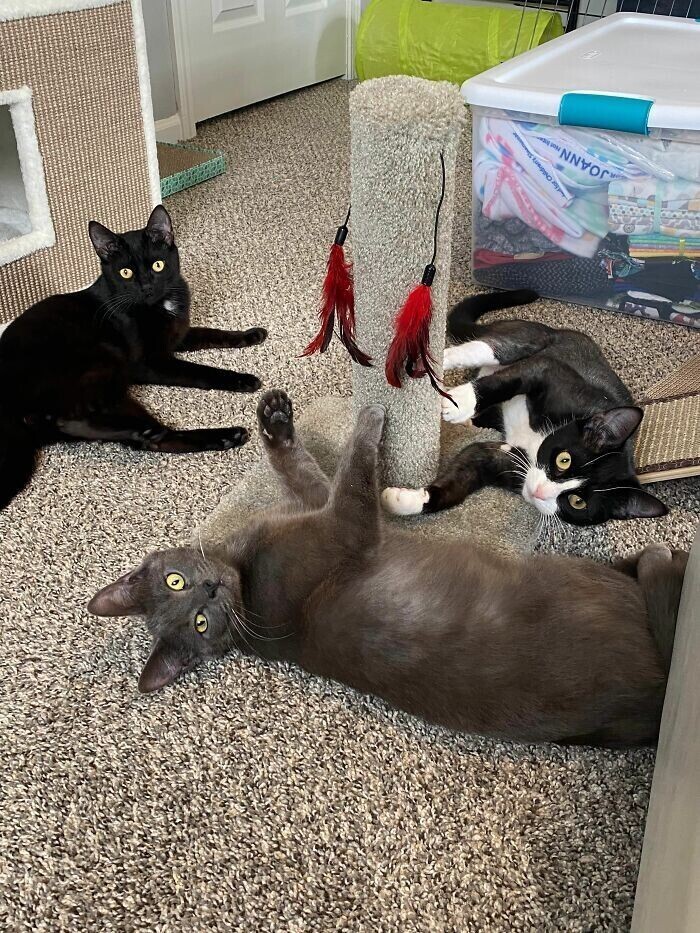 The family took care of the cats, and after a few days the animals finally relaxed, became more playful, and began to recover. When they finally got better, Megan decided to publish their photos and story on social networks. She didn’t expect such a response. 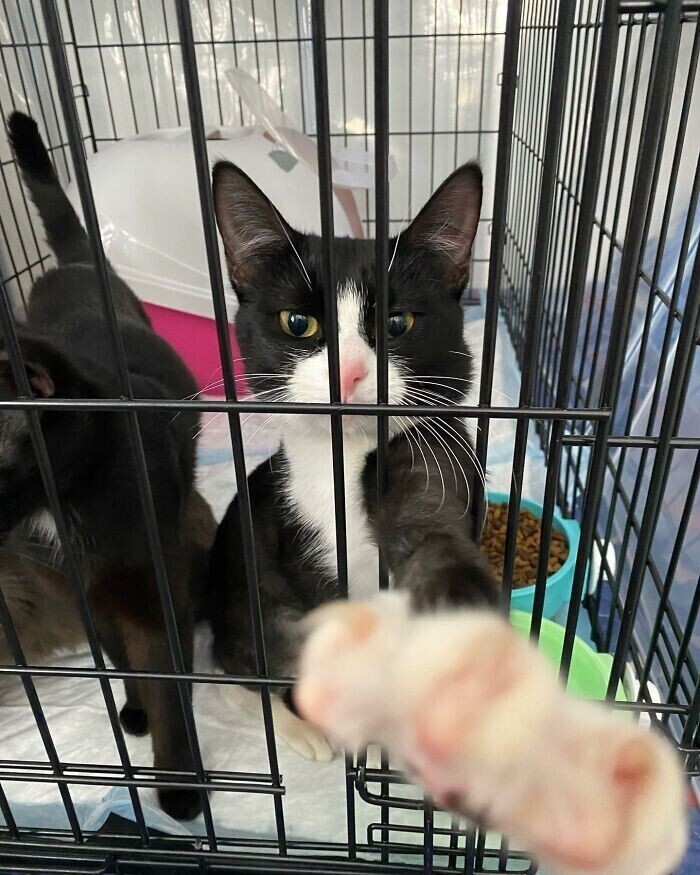 The story of cats touched thousands of hearts, but one woman immediately wrote to Megan. She was so touched by the story that she decided to take three cats home with her. She and her husband were just looking for a pet but decided that they were ready to accept three furries into their home. 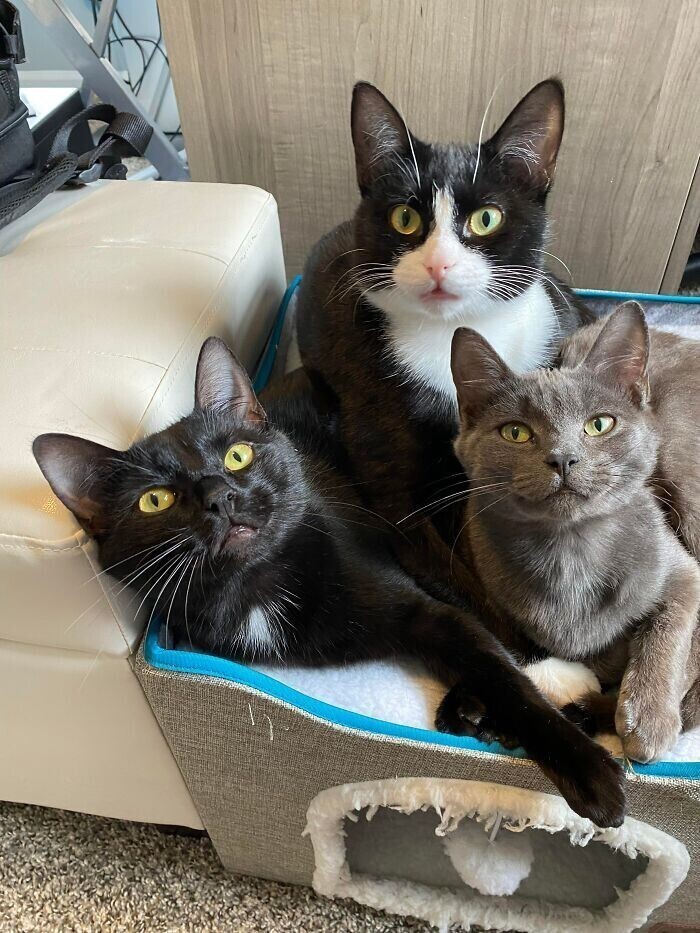 So these three found a loving home. The owners flew for them by plane through several states – but the journey was definitely worth it! Soon they were already at home with their new pets. The cats are perfectly settled in the house as if they have always been there. 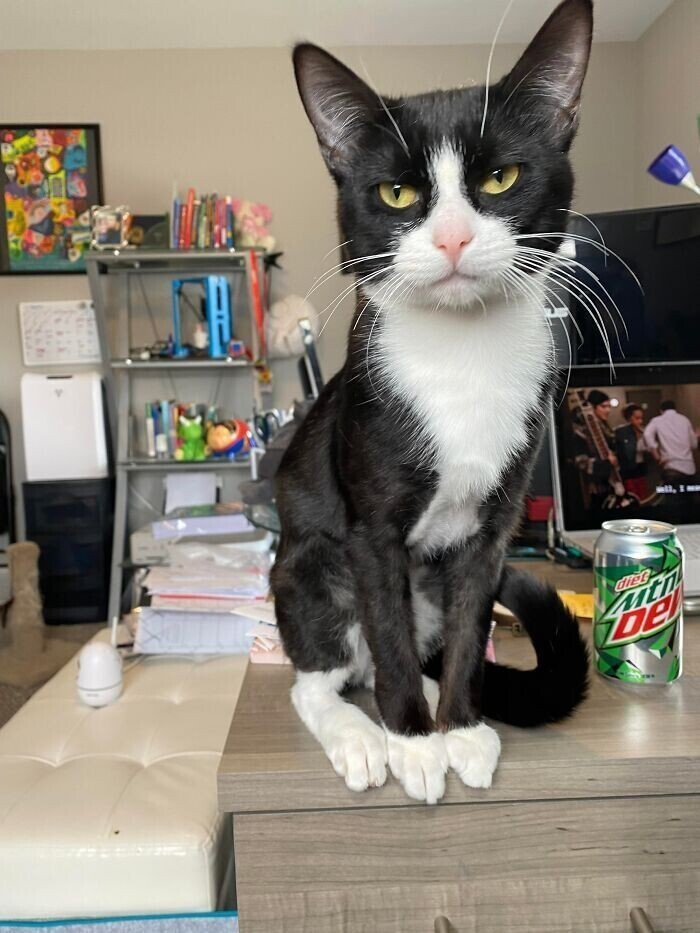 Thanks to the kind people who gave these fluffies a new life. Now they enjoy every day, play, run, and love their owners very much! “They’ve been through a lot and experienced a lot of hardship living on a cold street. But now they have a loving family,” says the caregiver. 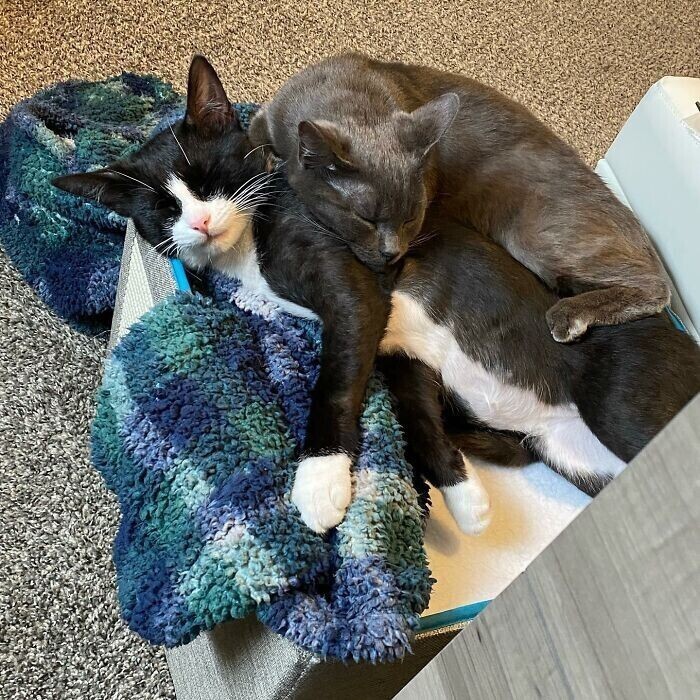 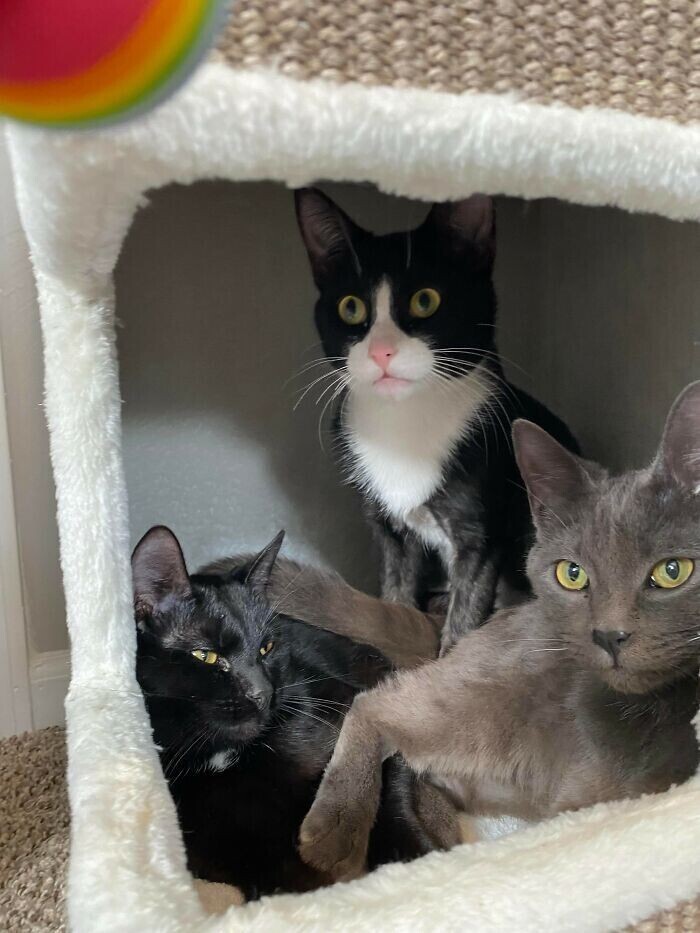 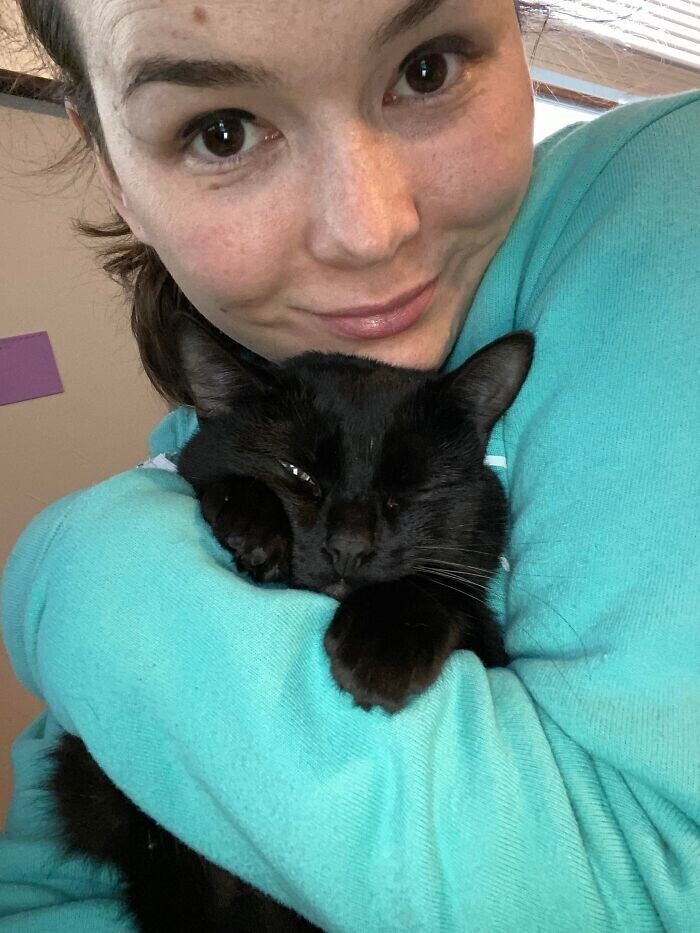