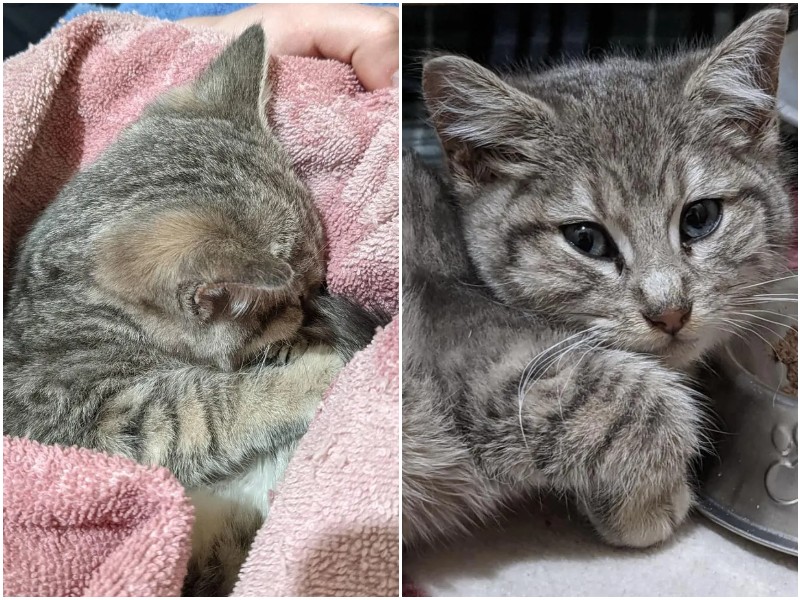 This small, weak kitten was found in the cold near the college. The baby was shivering from the cold, and therefore it just needed human help. 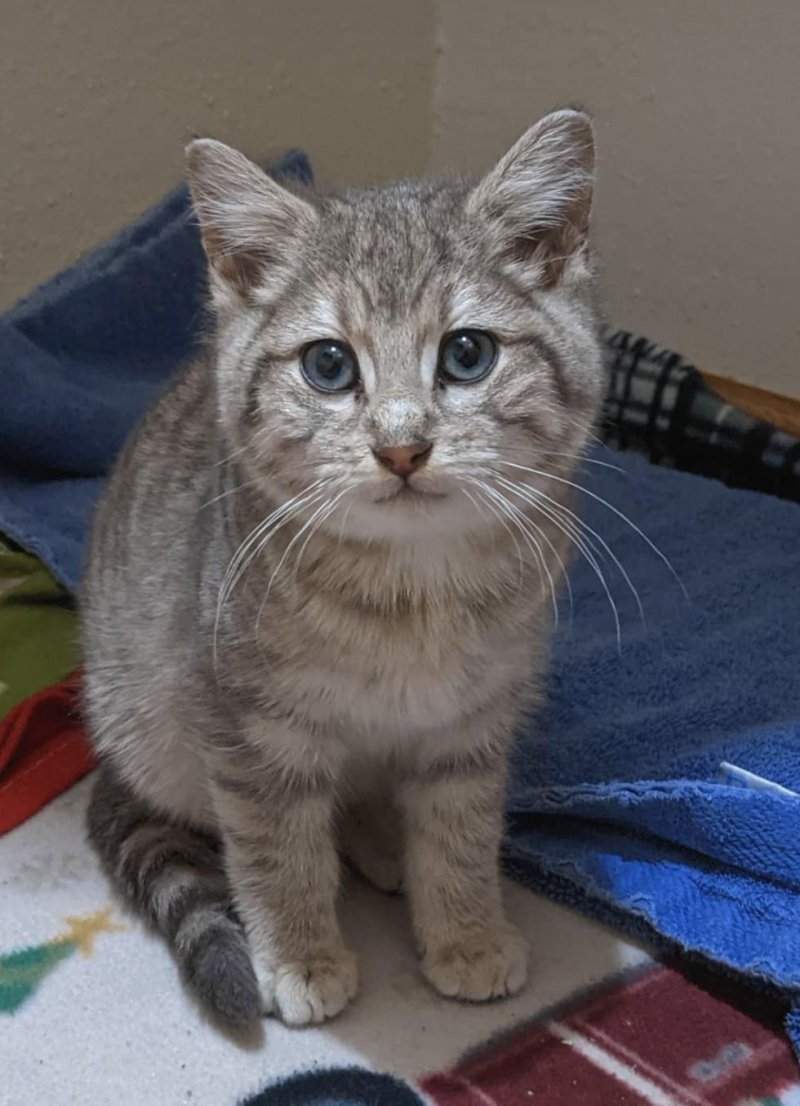 Recently, about a small stray kitten was reported to one of the shelters in the USA. College staff found the baby near the garbage. It was cold outside, and the weak kitten could barely move, shivering from the cold. People immediately decided to help the kitten. 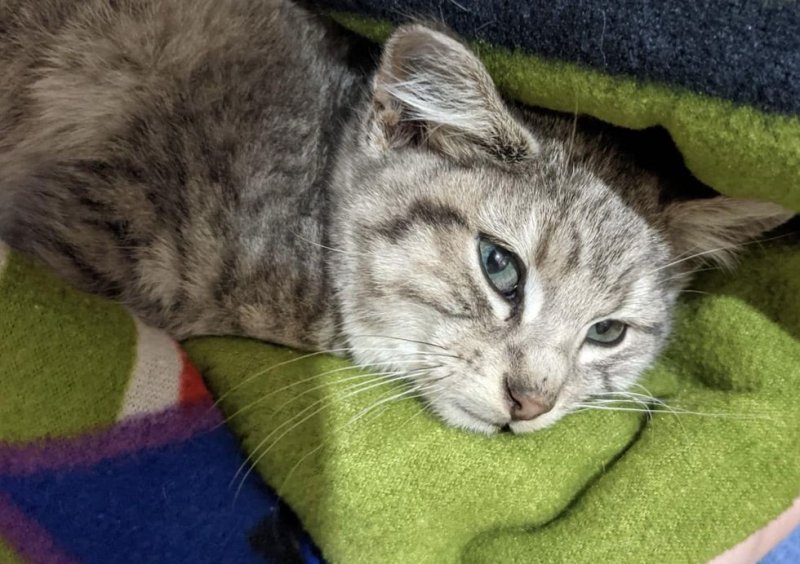 A volunteer named Ginny came to pick up the animal and saw what a terrible condition the baby was in. The emaciated kitten really seemed to be leaving strength… She urgently took the baby to her home, where she began to actively take care of it. She spent the whole evening warming the baby in a warm blanket. 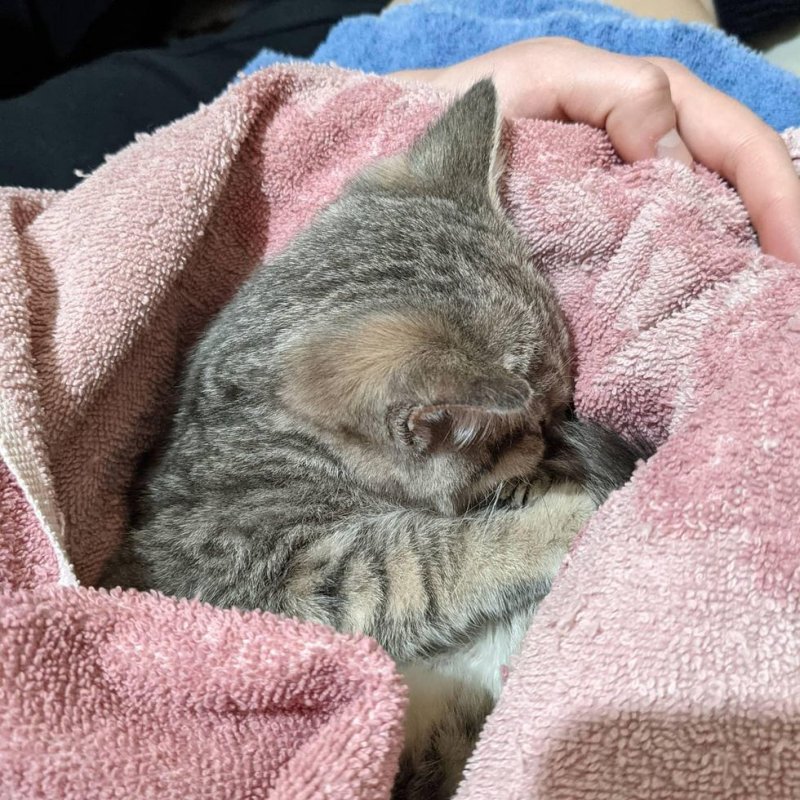 The guardian was worried about the baby’s health and did everything to make it feel better. The kitten got the nickname Westley. When after a while the guardian petted it, the kitten suddenly began to purr in gratitude – which was already a good sign. 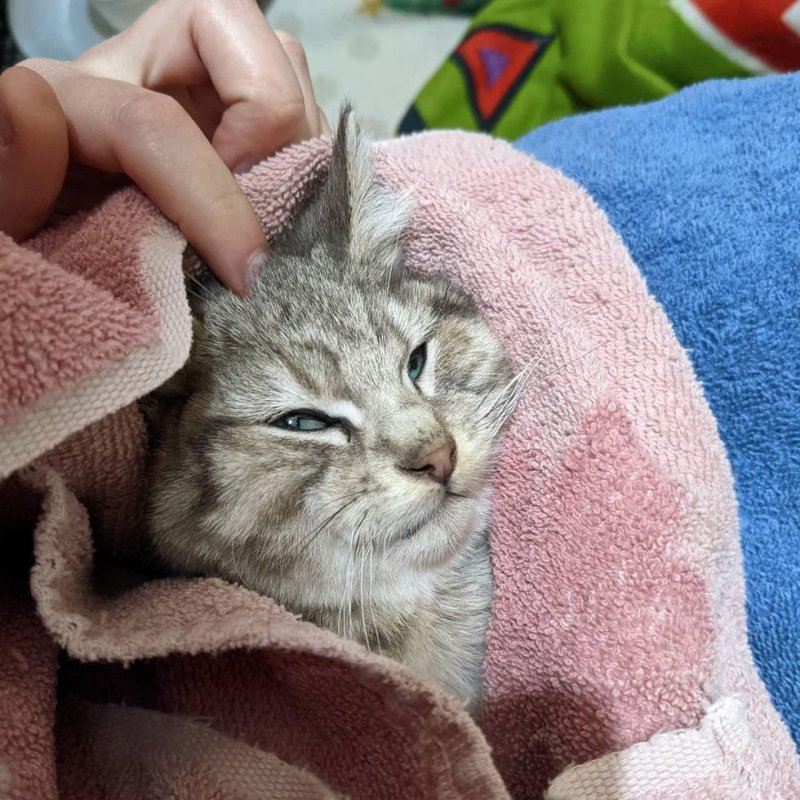 The very next day Westley felt much better. However, the guardian noticed that the kitten has weak paws, which is why it limps a little. She showed it to the veterinarians, and they diagnosed problems with the spine. 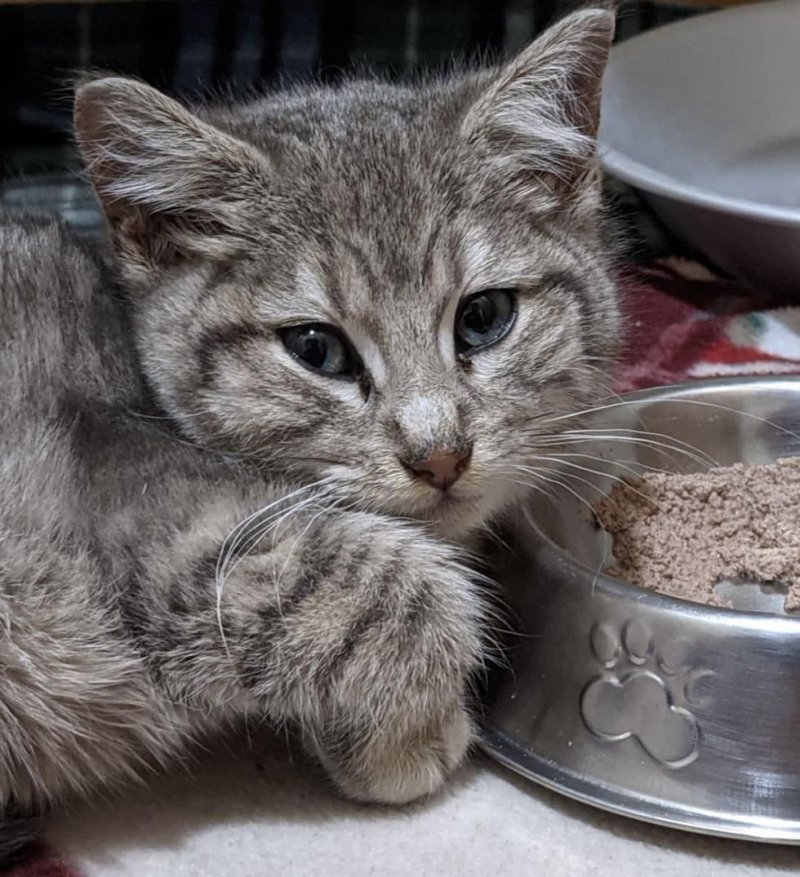 They didn’t really interfere with the kitten’s quality of life, but it needed to gain strength in its paws with the help of exercises. After a while, Westley became much stronger – it began to walk more, explore everything around and play, which could not but please! 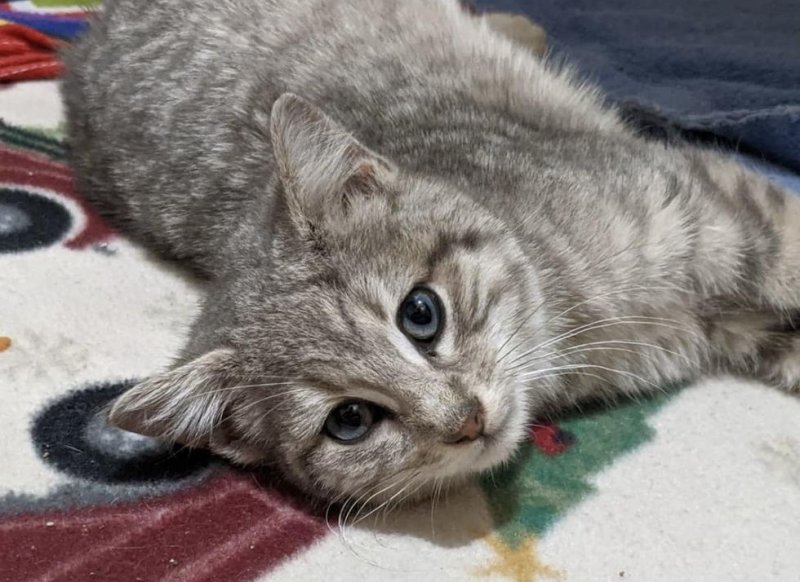 The kitten’s appetite also increased, and it became much more active. Most of all, it is grateful to its guardian, who helped it to go through such a difficult path. When Westley finally recovers, they will find owners for it. 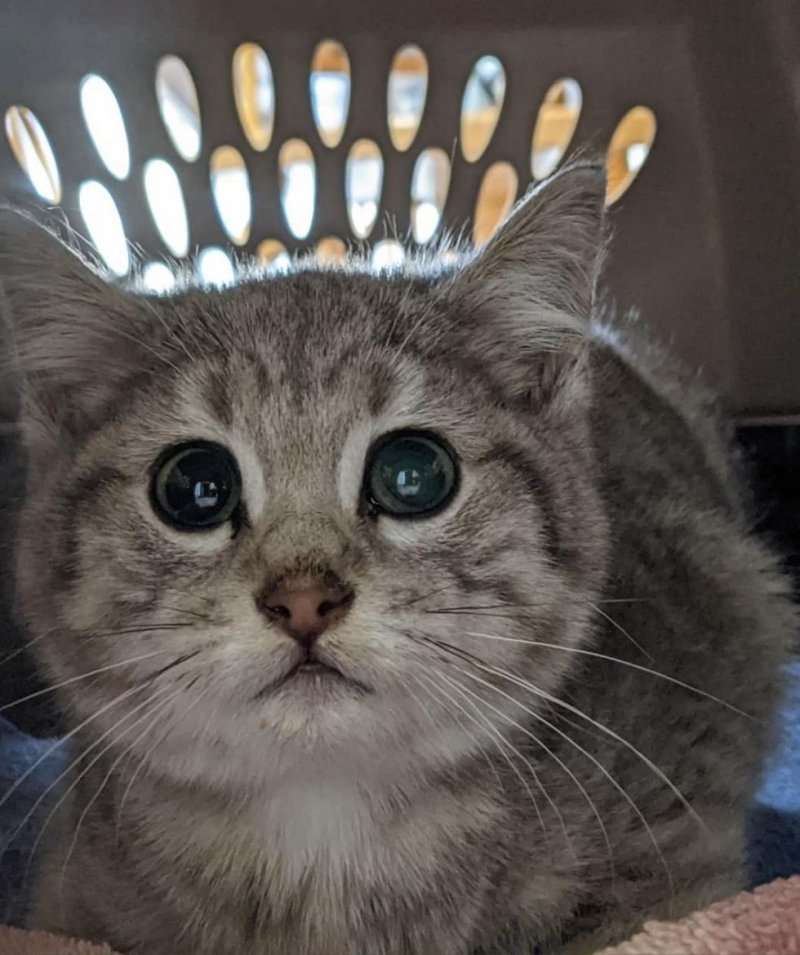 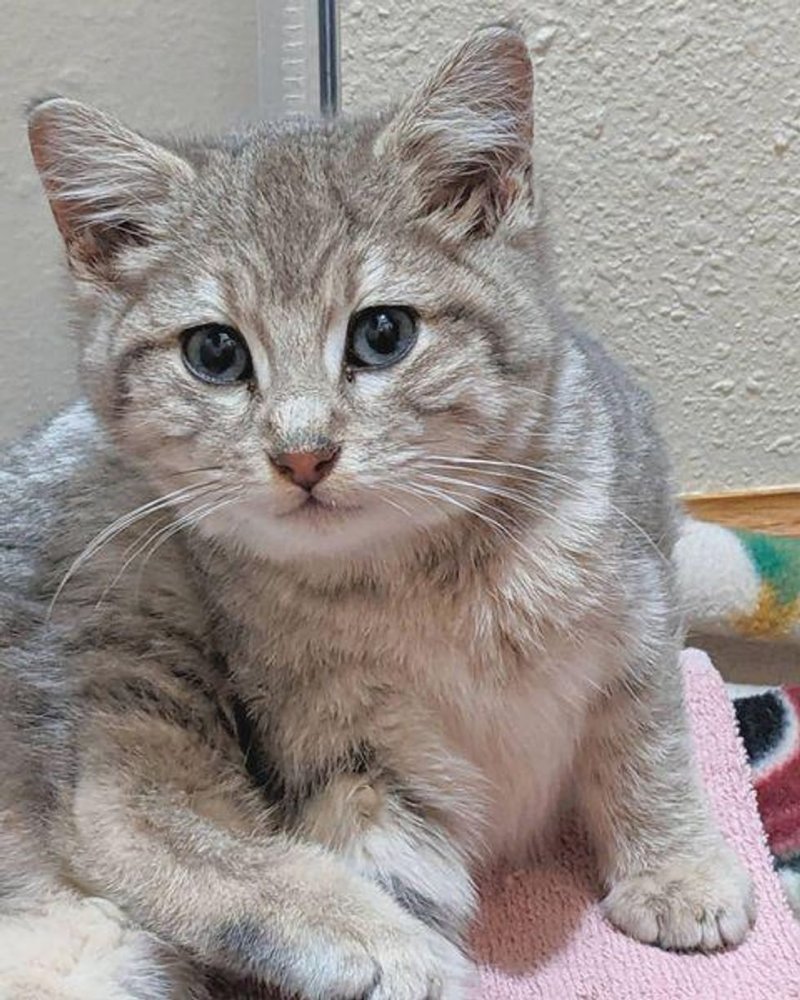 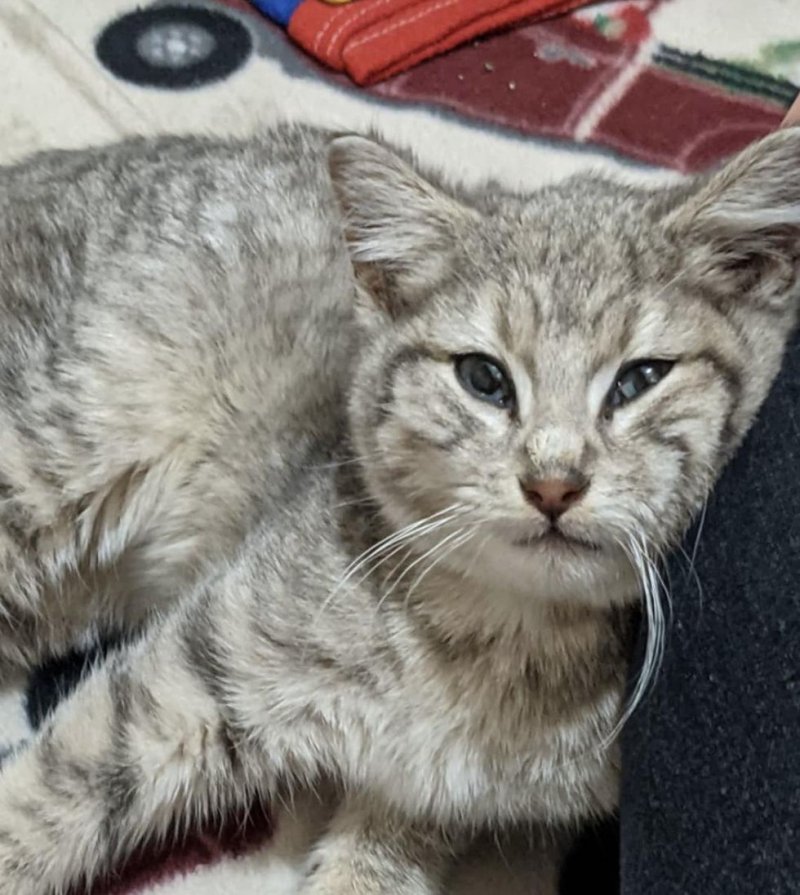