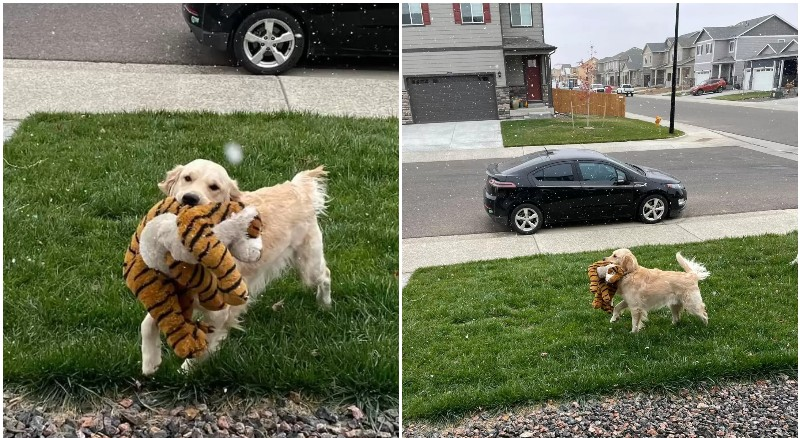 Not so long ago, a one-year-old dog named Captain saw the first snow in his life. The dog was very curious, and he was sincerely glad of the snow. And yet, he decided to share this moment with someone special.

A golden retriever named Captain lives in the USA with a loving family. Ever since he appeared in the house as a little puppy, the dog adored plush toys. Plush tigers became his special love. Of course, he simply destroyed many toys. But one stayed with him for a long time. 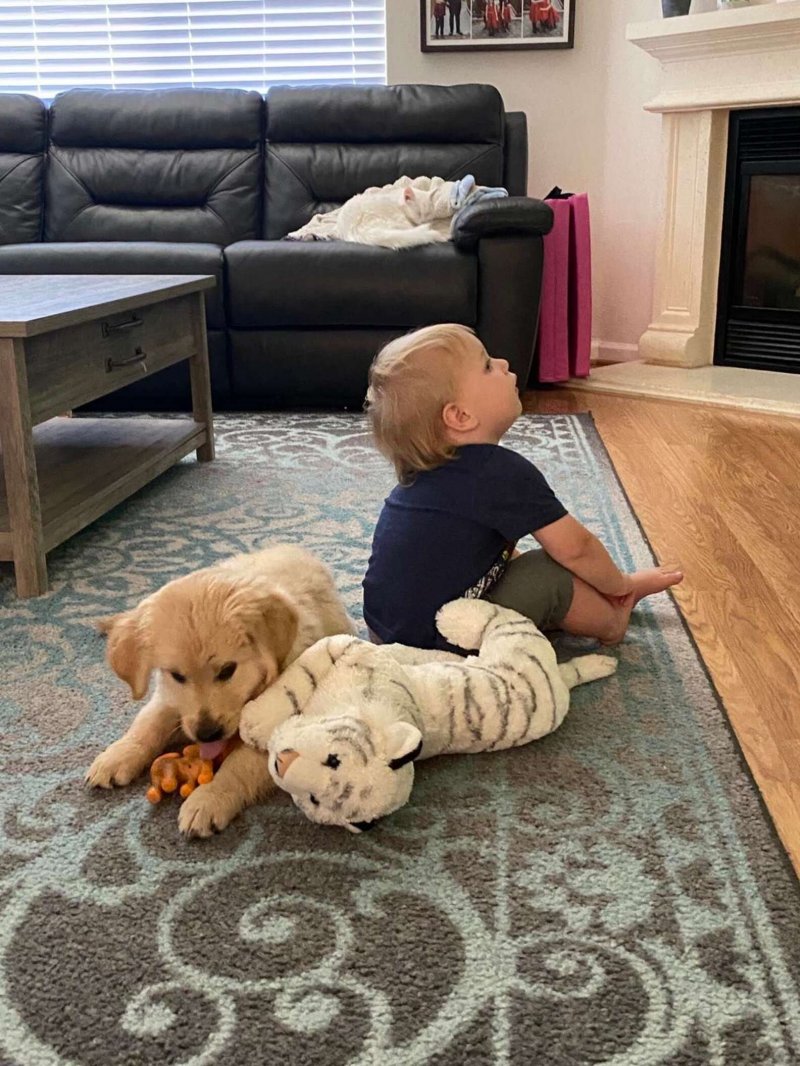 Now the Captain is a year old. And he carries his teddy tiger friend everywhere with him. At first, the toy belonged to the child of the owners. But the Captain constantly took the tiger to himself. So he appropriated the toy. Since then, the dog has not parted with his best friend.

“He takes this tiger with him wherever he goes. Every time he picks it up, he happily wags his tail,” says the owner. 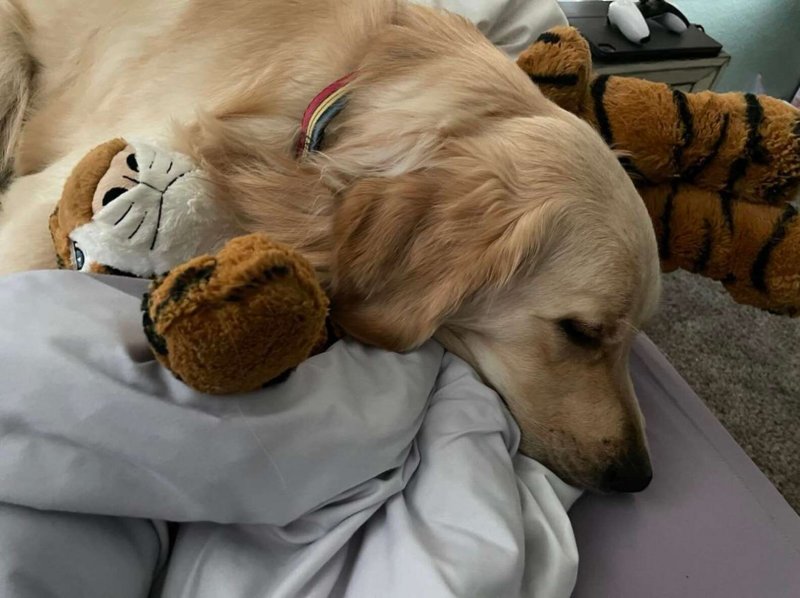 When it snowed in Colorado, it was the first snow in the Captain’s life. Looking out of the window, the dog could not understand – what are these strange snowflakes? Going outside, the dog was interested. He even tried to eat snow. But then he abruptly ran into the house, as if he had forgotten something… Of course, he wanted to share this moment with the tiger! 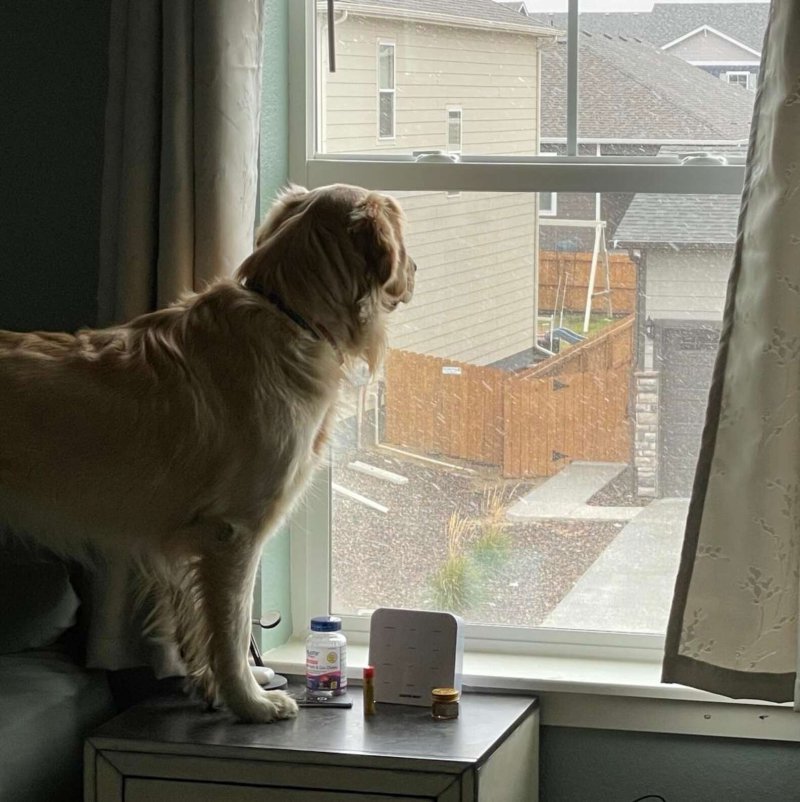 Captain took his beloved tiger outside to show him the snow and share his emotions with him. The hosts were touched by this moment. According to them, this is the whole Captain:

“He is a very loving boy, and brought a lot of happiness into our lives!” – says the owner. 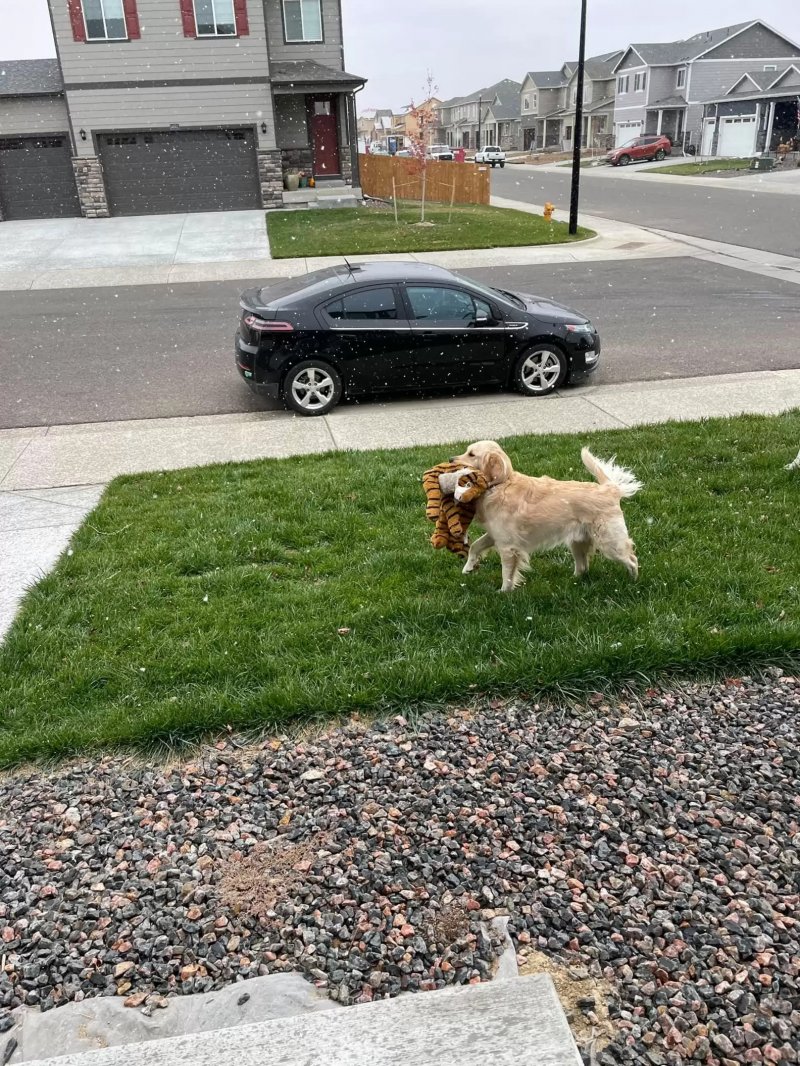