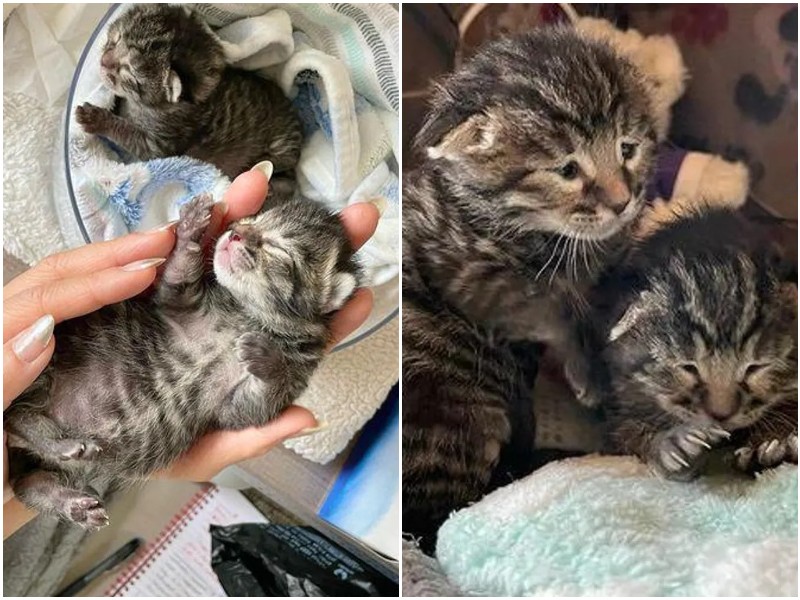 The pregnant cat was in a sad state when people saw it on the street and brought it to the local shelter. She gave birth to two kittens almost immediately, but could not take care of them.

Los Angeles residents noticed a pregnant cat on the street, which was in a sad state. They immediately decided to help and took the poor animal to the orphanage Baby Kitten Rescue. There the volunteers began to actively care for her, and a couple of days later the cat gave birth to four kittens. 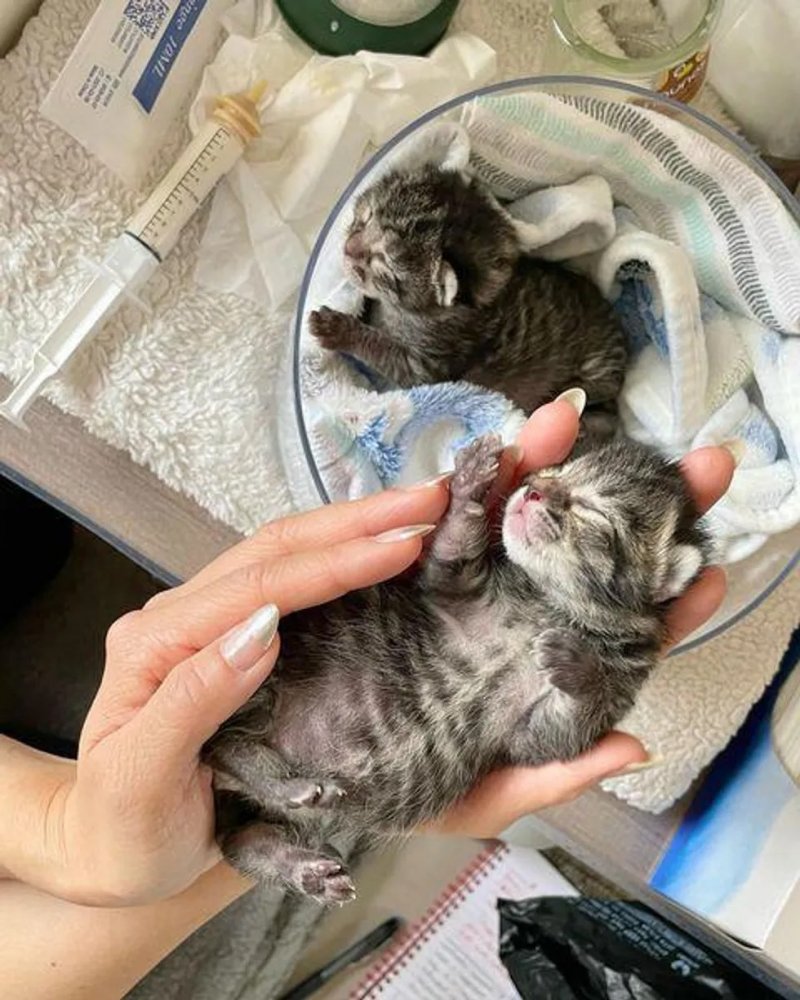 Because of her poor condition, the cat could not take care of the babies on her own, and while she was recovering in the orphanage, they were cared for by volunteers. Unfortunately, the kittens were so weak that only two of the four survived. But the employees of the shelter did everything for their recovery. 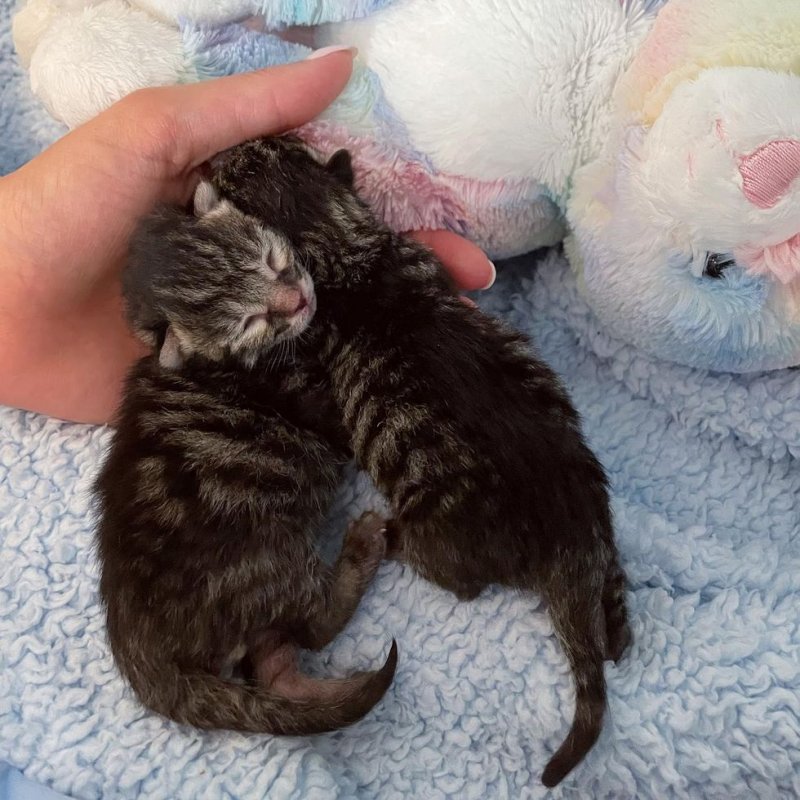 The caretakers fed the kittens from a tube, gave supportive medications, and took care of them in every possible way. The little brother and sister were named Chandler and Monica. They were still weak and the size of a palm, but they still loudly reported a desire to eat, and patiently endured all the difficulties. 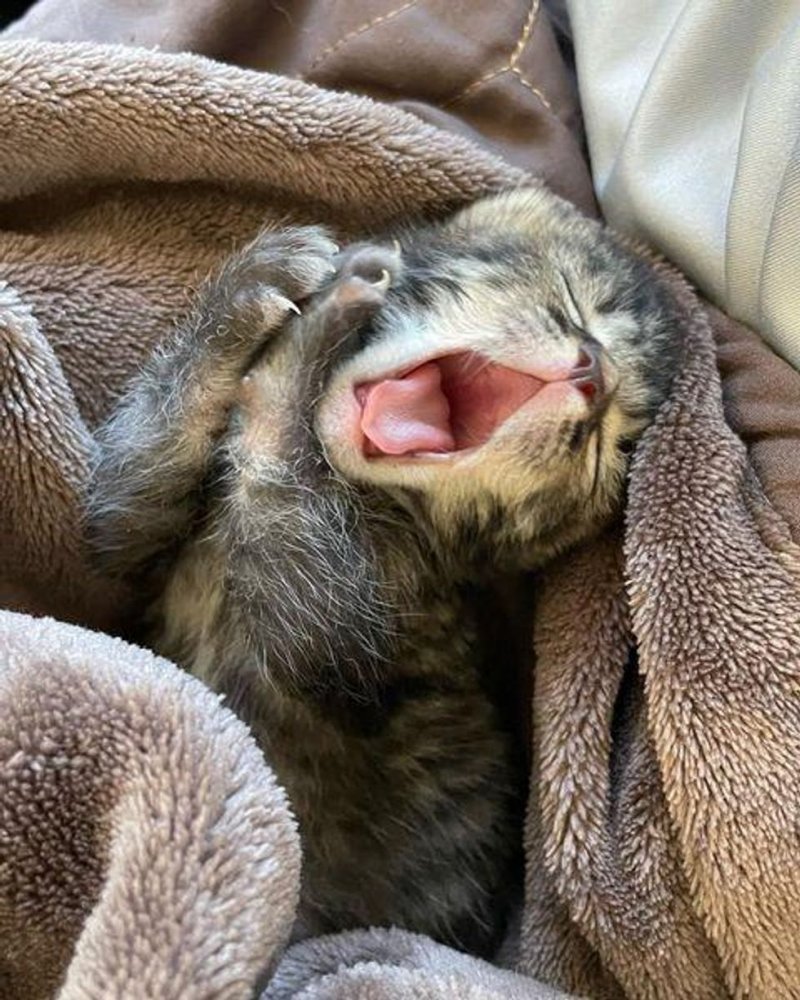 All this time, the brother and sister were sides by side, and they became very attached. They opened their eyes at the same time and began to study everything around them a little. The guardian’s pet adult cat fell in love with the kittens – he constantly approached them and checked if everything was in order with the kids. 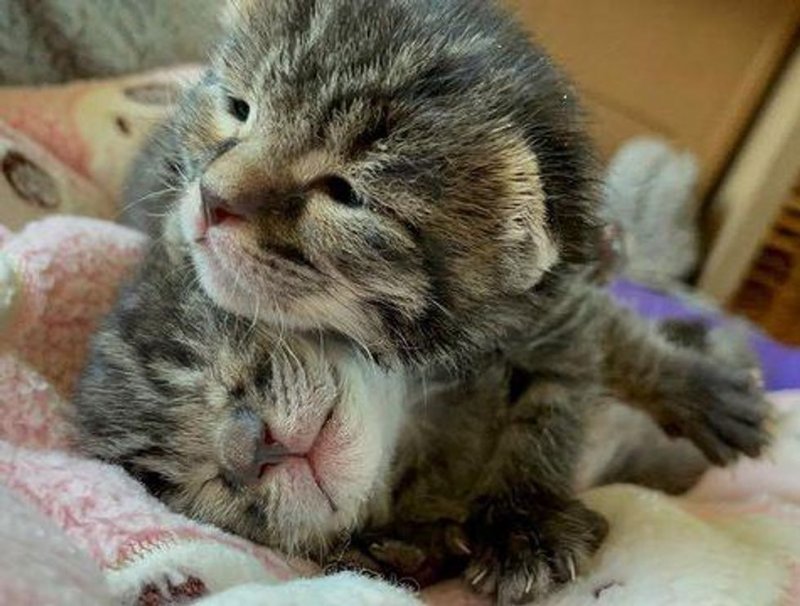 Now kittens are learning to walk confidently, they have become more active, and play with each other more. The caretaker is sure that a wonderful future awaits these fuzzies – when they grow up, they will find permanent owners for them. 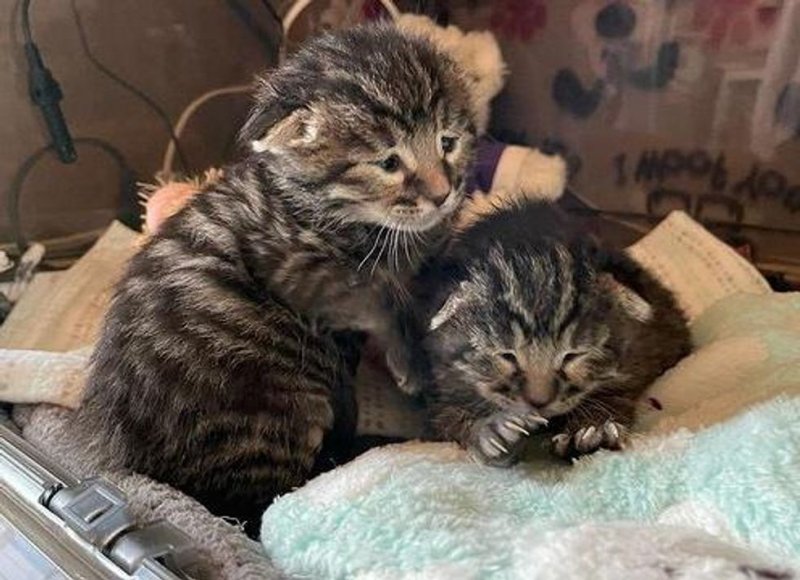 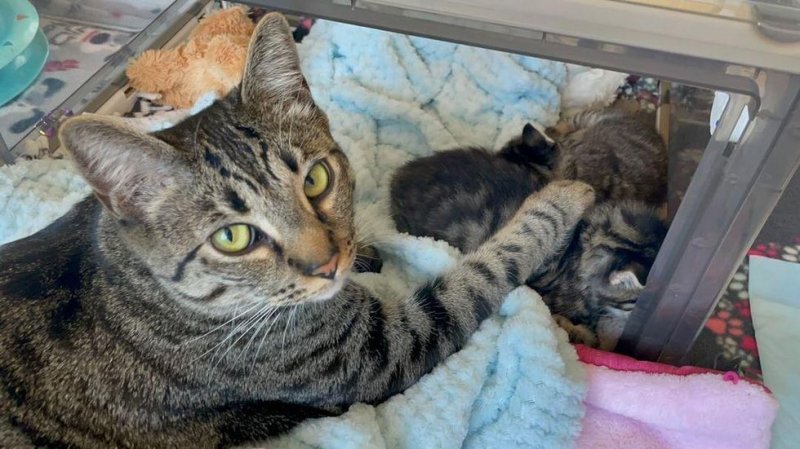 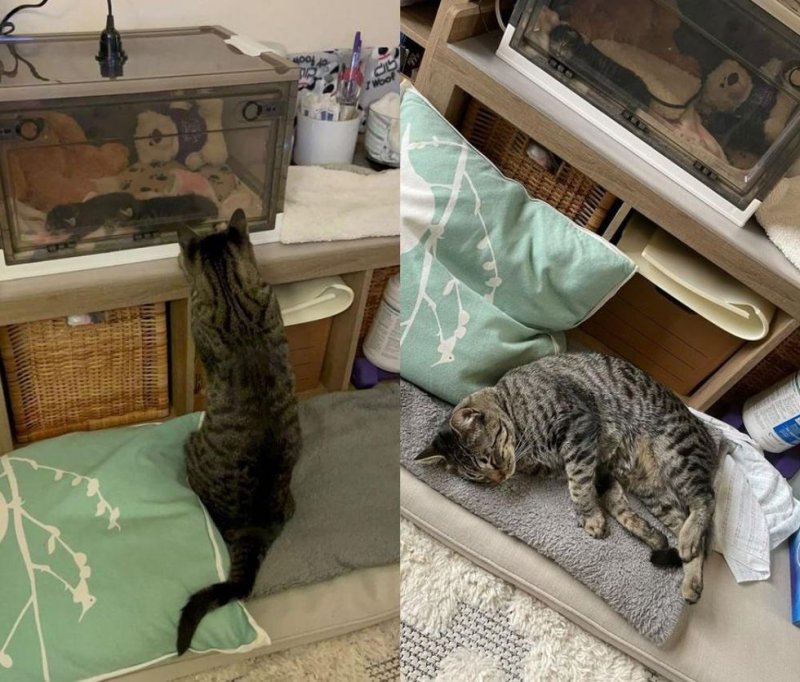 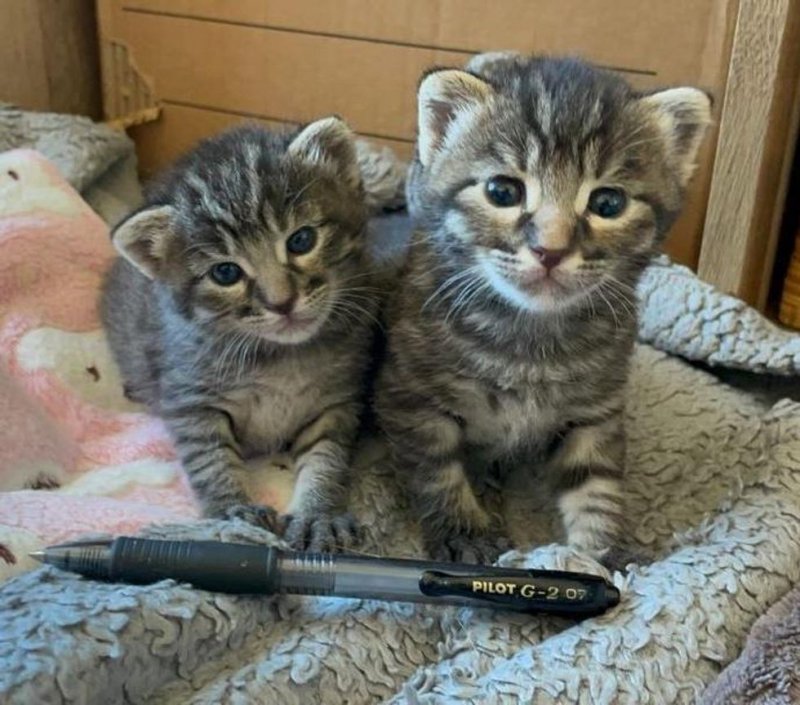 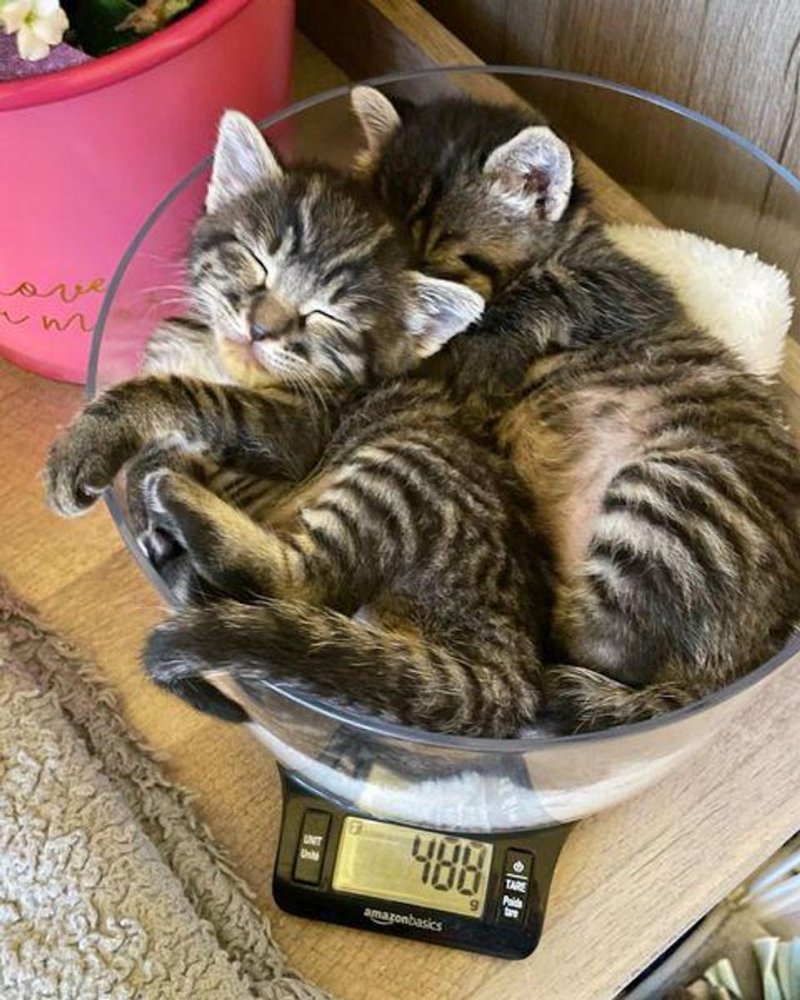 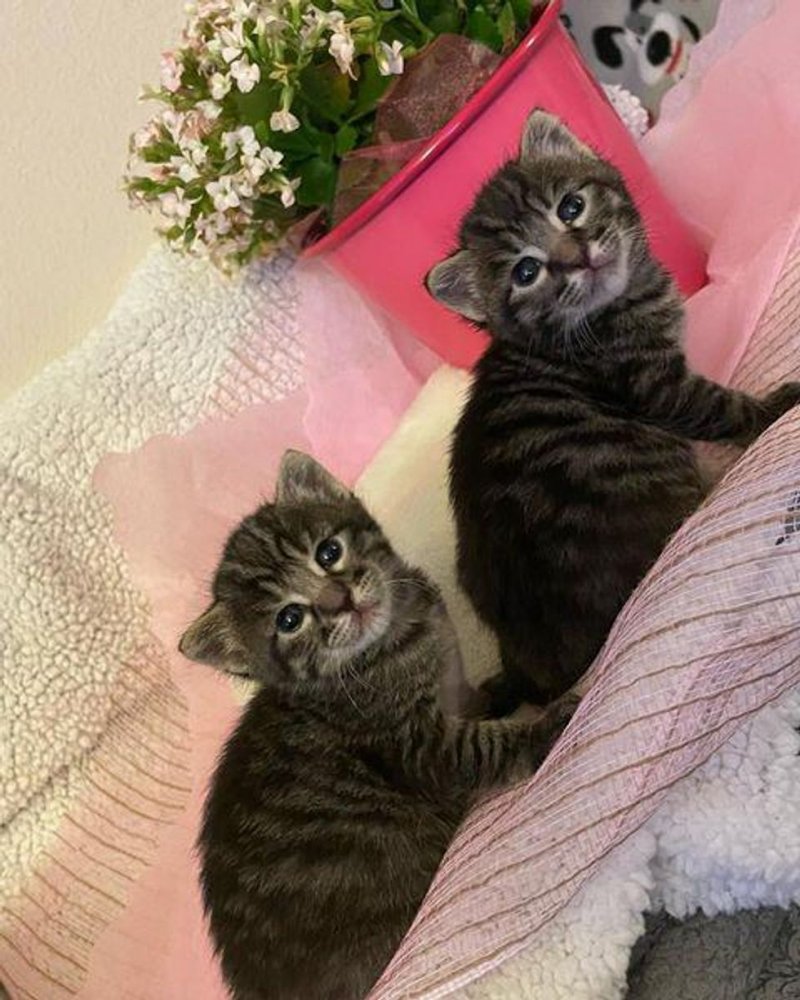 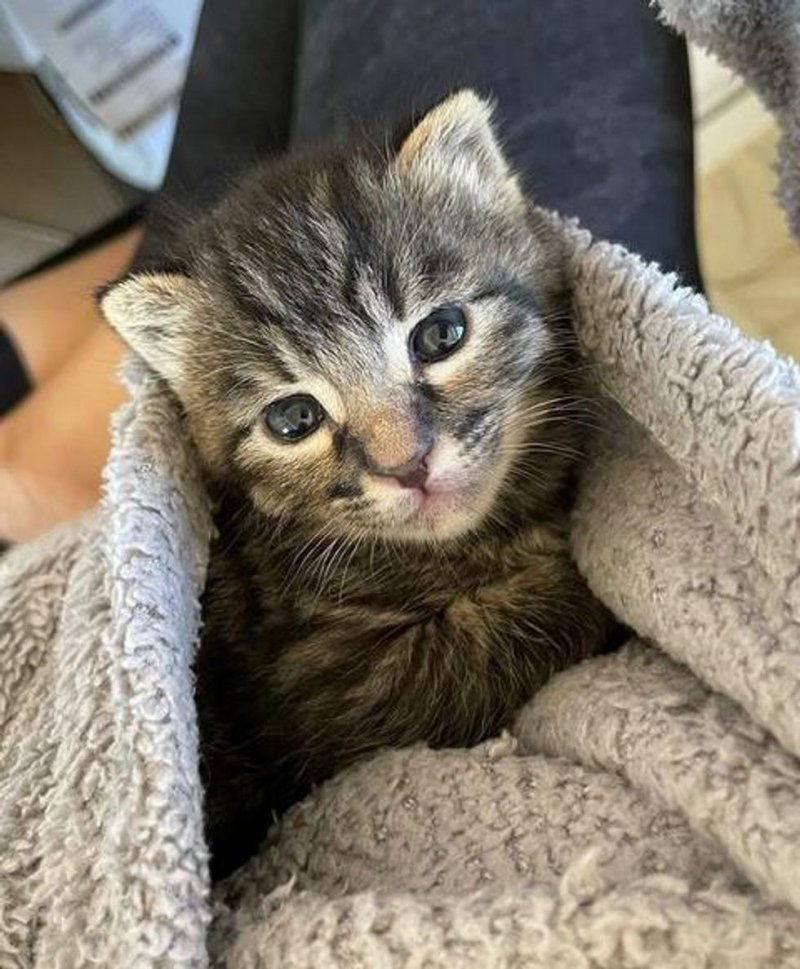