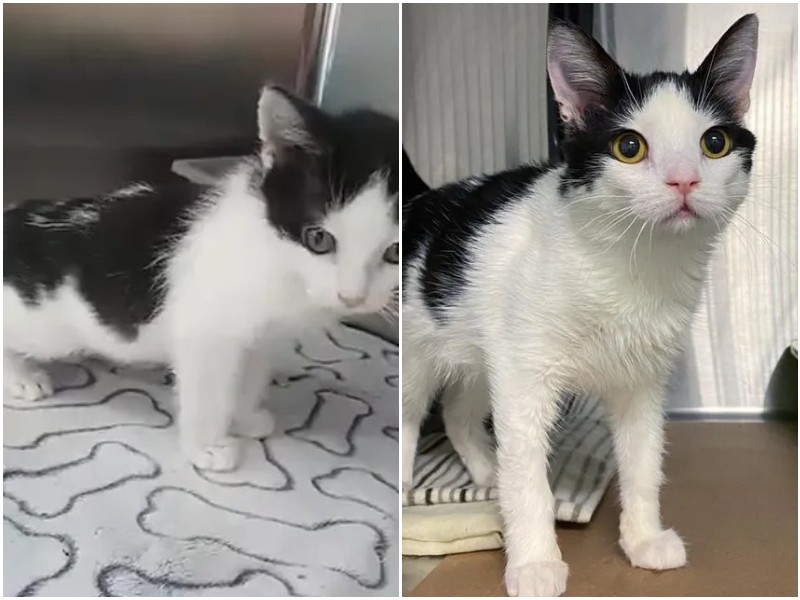 When people noticed a black and white kitten on the street, they immediately saw that it was special. The baby moved only with the help of its front paws, and its hind legs were just dragging behind it.

This black and white kitten was picked up on the streets of Montreal, Canada, along with other stray cats. The baby turned out to be special – it had undeveloped hind legs and could only move with the help of its front legs. 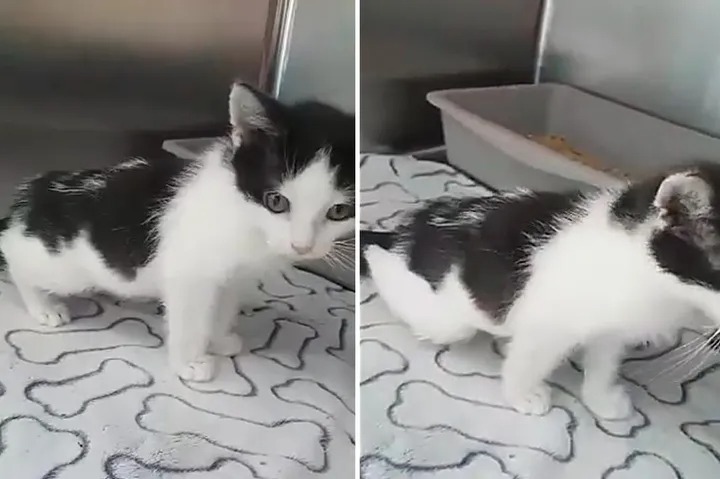 Unfortunately, the homeless baby ended up in a shelter with terrible conditions. It sat in a filthy cage, was malnourished, and no one paid any attention to it. One day an employee at an animal rescue center named Louise stumbled upon it. 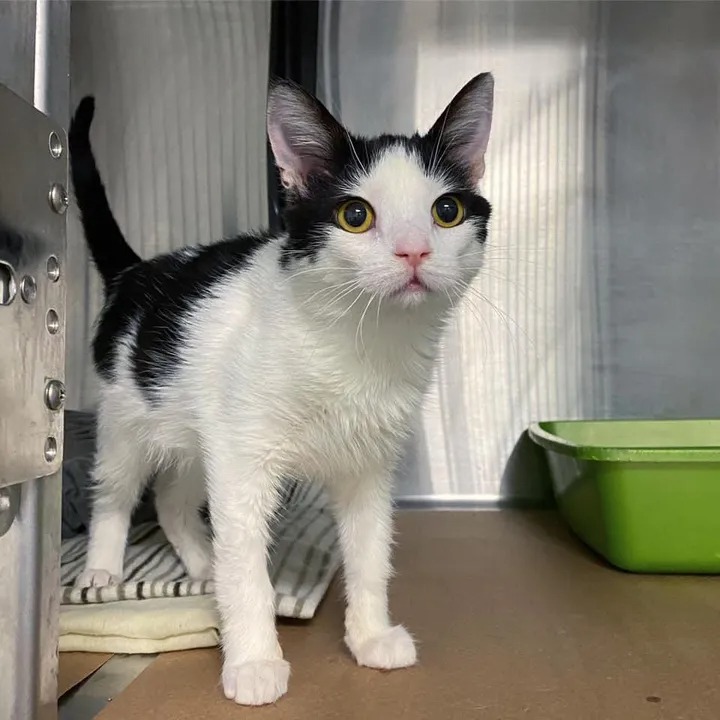 A woman immediately paid attention to this special baby. When she heard about its problems, she definitely decided to take it to the Chatons Orphelins center. Among other things, the kitten was half the size of its peers, so it needed special care. At 8 months of age, it weighed the same as a 4-month-old kitten. 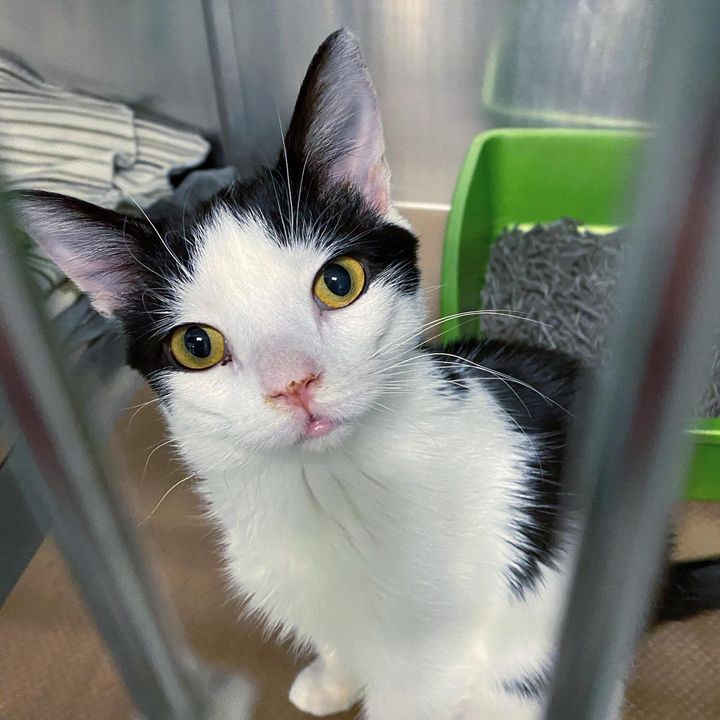 The kitten was named Kidou, and Louise took it to her house. Although the kitten was weak and skinny, it really wanted to live and made small victories every day. 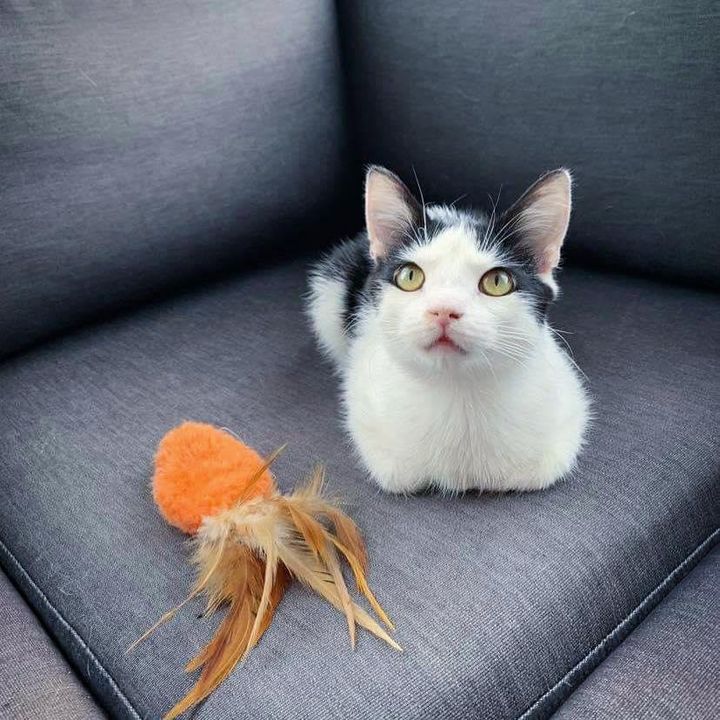 Kidou turned out to be a very affectionate and grateful boy. The kitten followed its guardian everywhere, came running to the family on her lap and asked for affection. Louise helped the kitten with its problems – massaging and doing exercises with its hind legs. 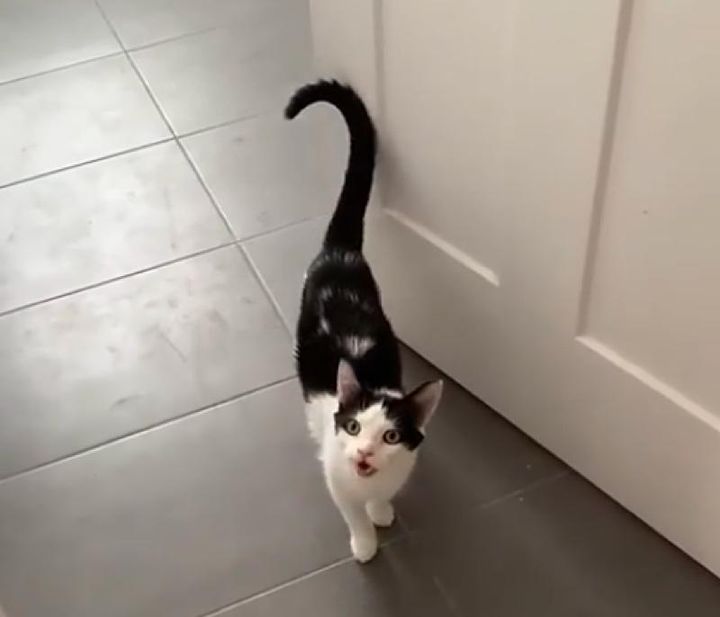 Her labors soon bore fruit – Kidou began to use its hind legs more actively, and after a while they became as strong as its forelegs. This kitten is growing like the most ordinary kitten, and finally it is truly happy. 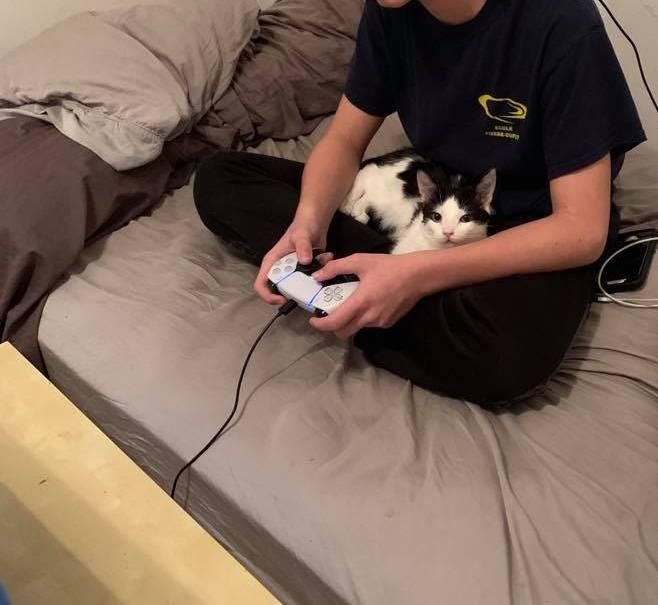 Louise can’t keep Kidou forever, so when the kitten grows up, she will find a better family for it. Many thanks to the kind woman for taking care of this handsome boy! 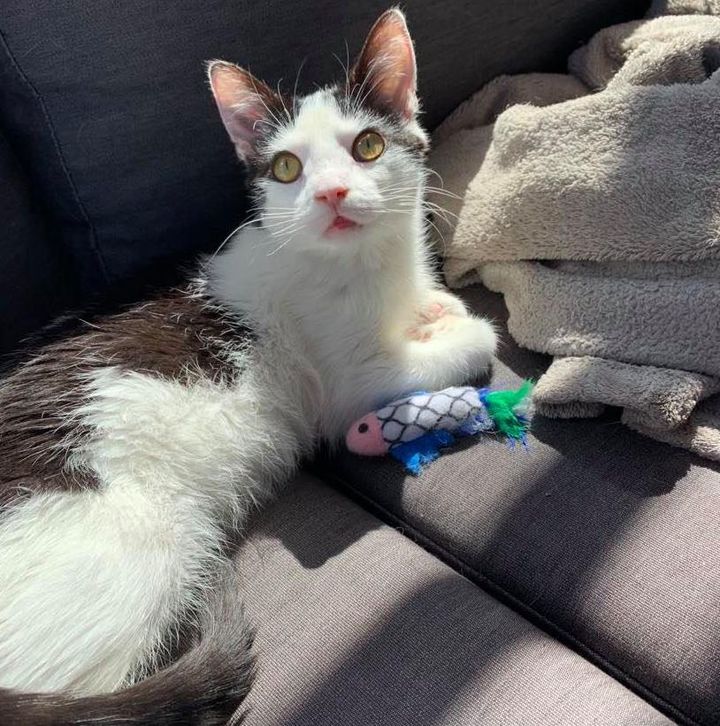