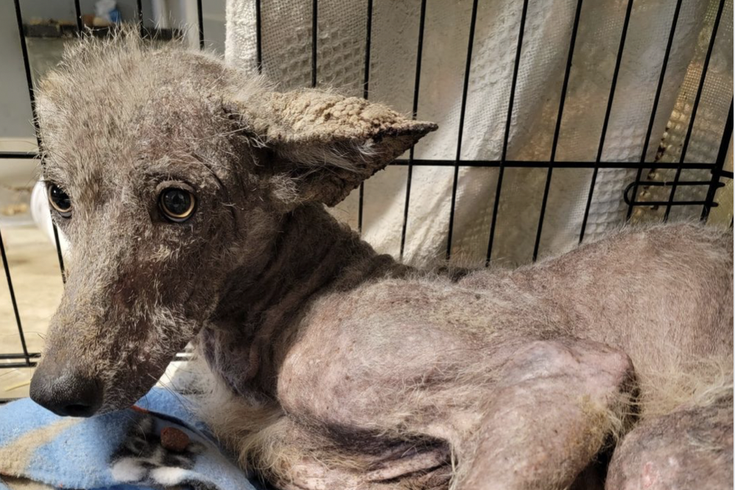 A woman saw near her house a creature that was lying in the snow, curled up in a ball, and was shivering from cold and fear. She couldn’t even see right away that it was a dog. 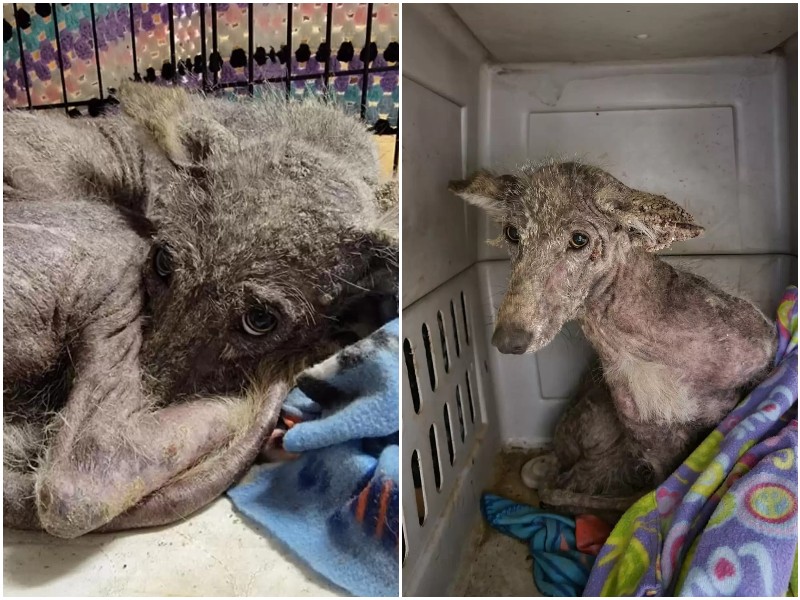 Recently, a resident of Pennsylvania, USA, noticed something strange near her house. Some creature was lying in the snow, curled up in a ball, and shivering with cold and fear. A woman named Kristina did not even immediately see that it was a dog. 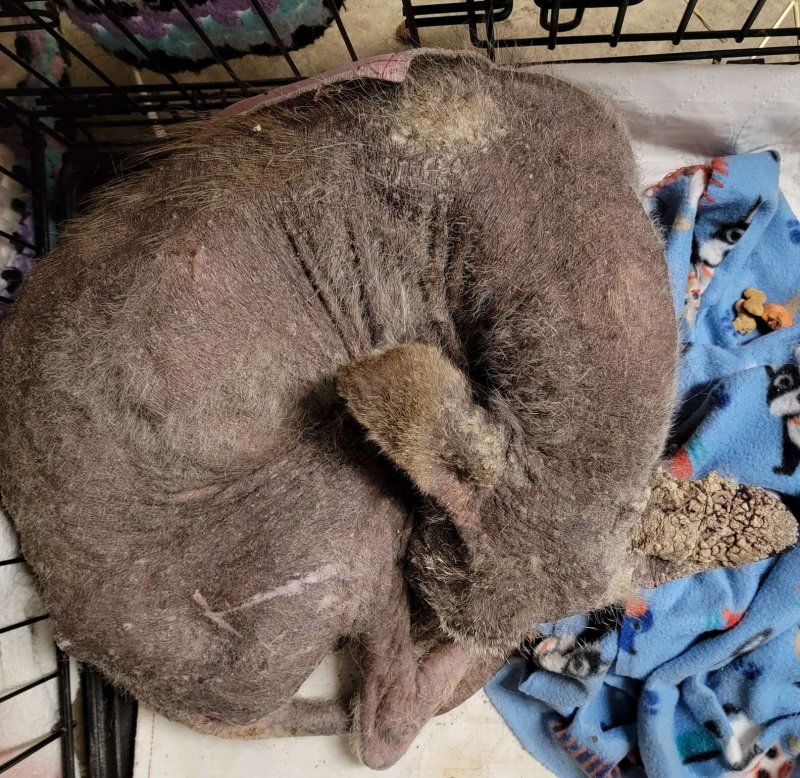 “I saw dog tracks, and they led me to this poor dog. He was lying in the snow, shivering and looked scared,” the woman said. She immediately decided to help him, and with the help of treats lured him to her basement. She fed him, and the dog warmed up. 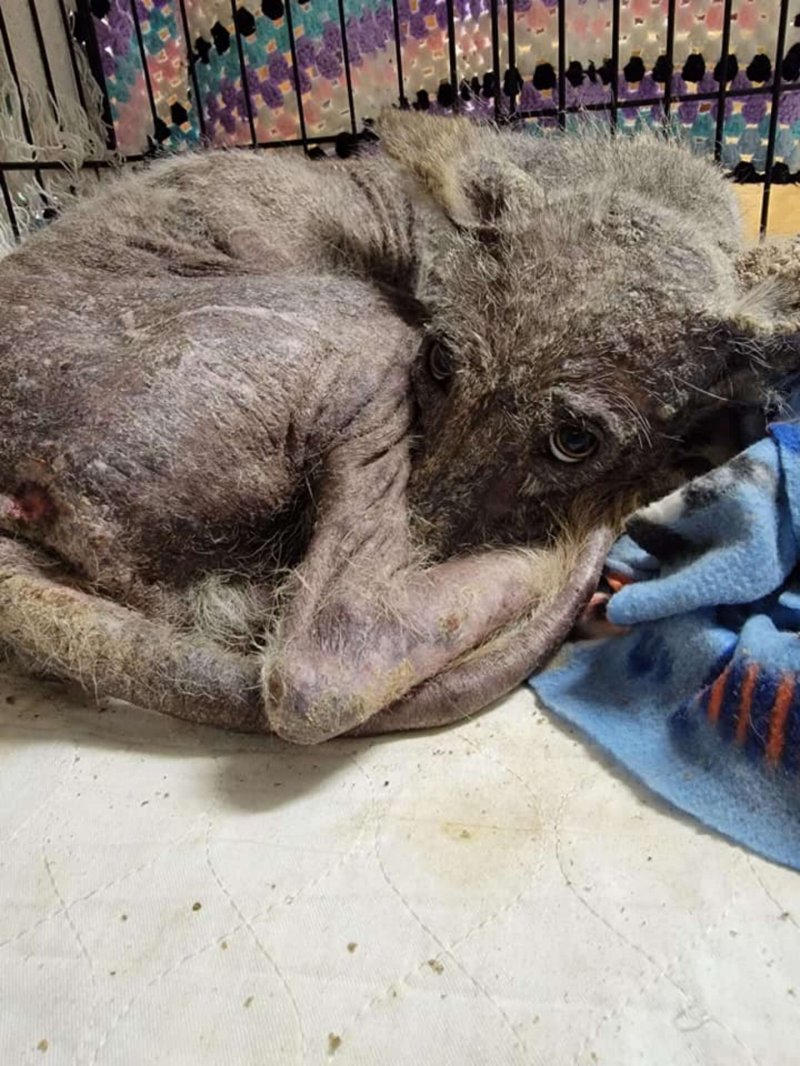 The woman also contacted Tj’s Rescue Hideaway shelter, and later the staff took the dog away. The staff determined that he had a neglected case of scabies, which is why there are many cracks on his skin. After that, the dog began to actively take care of. 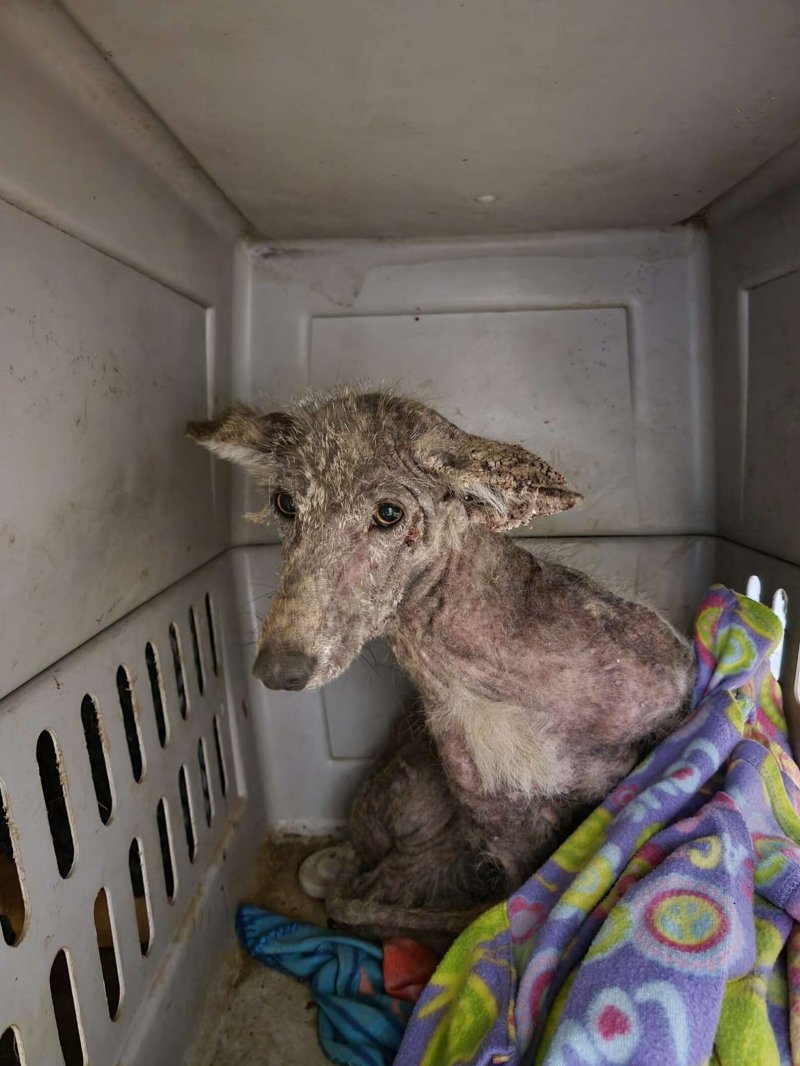 Now the dog is completely safe and surrounded by caring staff of the shelter. When his skin recovers and his health improves, a family will be found for him. Be happy, baby! 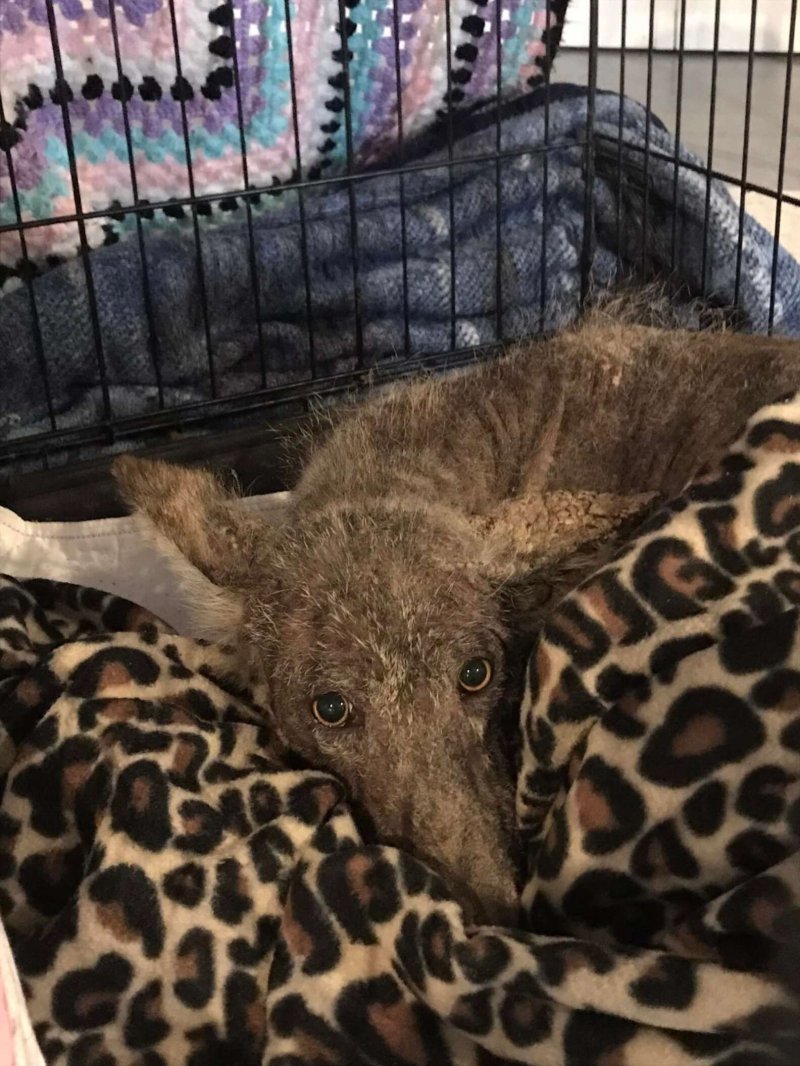