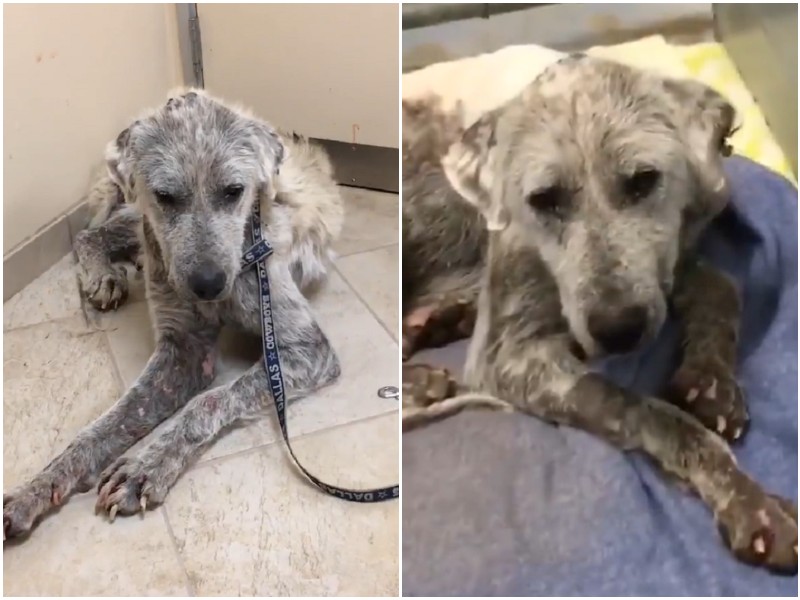 The emaciated dog, covered with lichen, wandered the streets and was even afraid to look at people. It was impossible to look at this creature without pity – people did not even immediately realize that it was a dog in front of them.

This emaciated, lichen-covered dog was spotted on the streets in Bakersfield, USA. At first, people mistook it for a coyote because of its excessive thinness, and only then did they recognize the dog in it. They couldn’t get past it and decided to help the poor dog. Although it was afraid to even look at people, it greatly needed help. 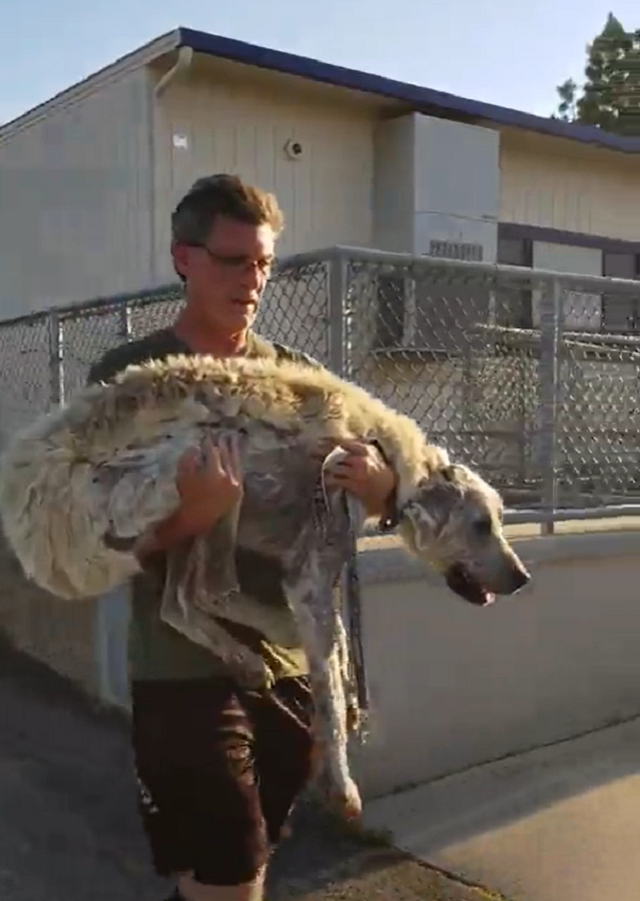 The dog was taken to a vet clinic, where the doctors couldn’t look at it without pity. It turned out to be an Akbash dog, probably abandoned by its owners. It weighed only 29 kilos, although according to its breed standard it should weigh about 60 kilos. 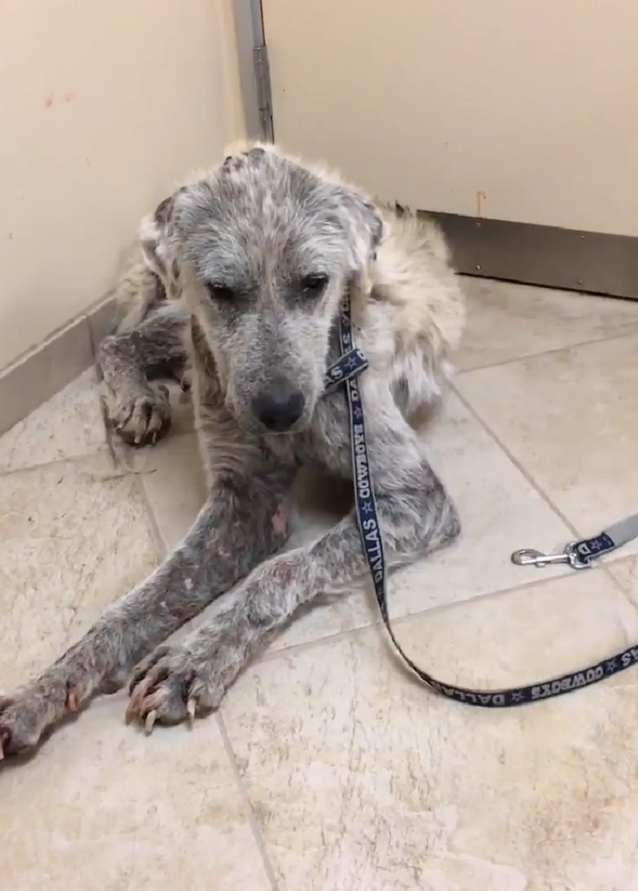 Later, it was transferred to the SafeFurr Place rescue center, where volunteer Danny took care of the dog. The staff of the shelter did everything to make the ward feel better – they treated its skin, fed, and cared for it. It was obvious that the dog was unaccustomed to humans, and it was difficult for it to learn to trust. 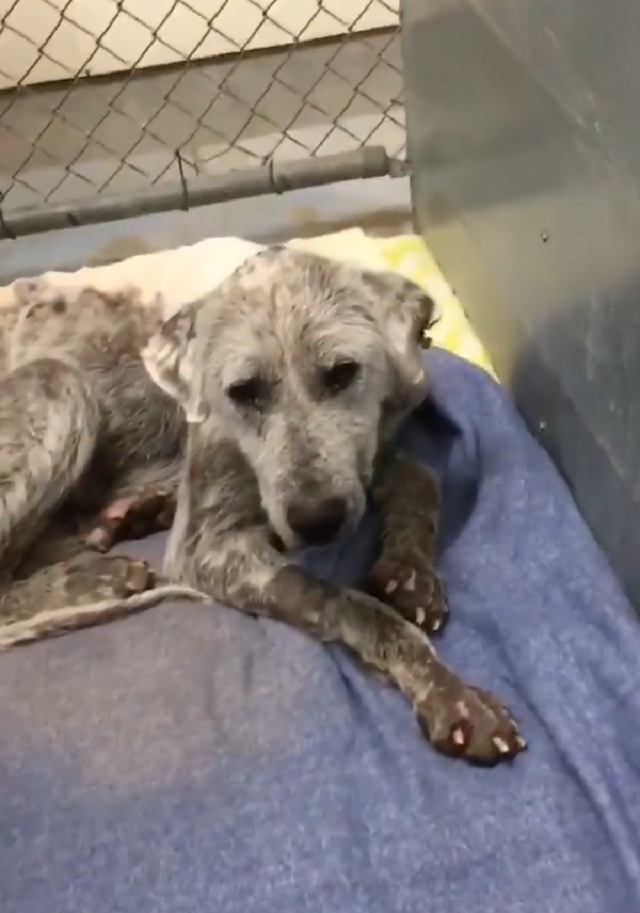 The dog was named Rudy. Danny tried her best to gain Rudy’s trust: “At first this dog did not want to be touched. I brought treats to its enclosure every day and tried to make friends with it,” she says. 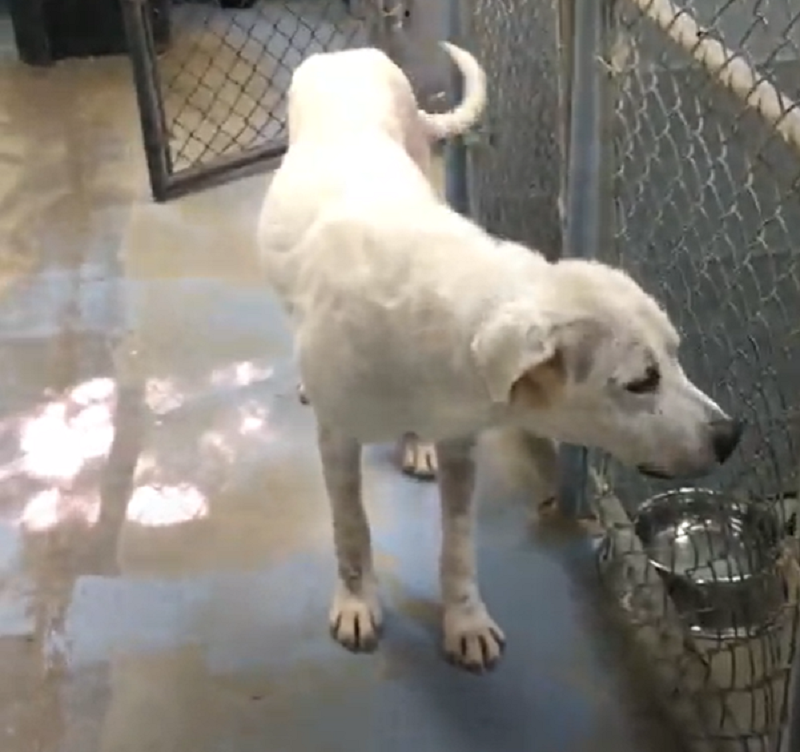 Only over time, did Rudy begins to trust people, although it was not easy. When it gained a little weight and its fur began to grow, the dog visibly cheered up and became more active and sociable. “Its soul has recovered, as has its appearance,” says Danny. 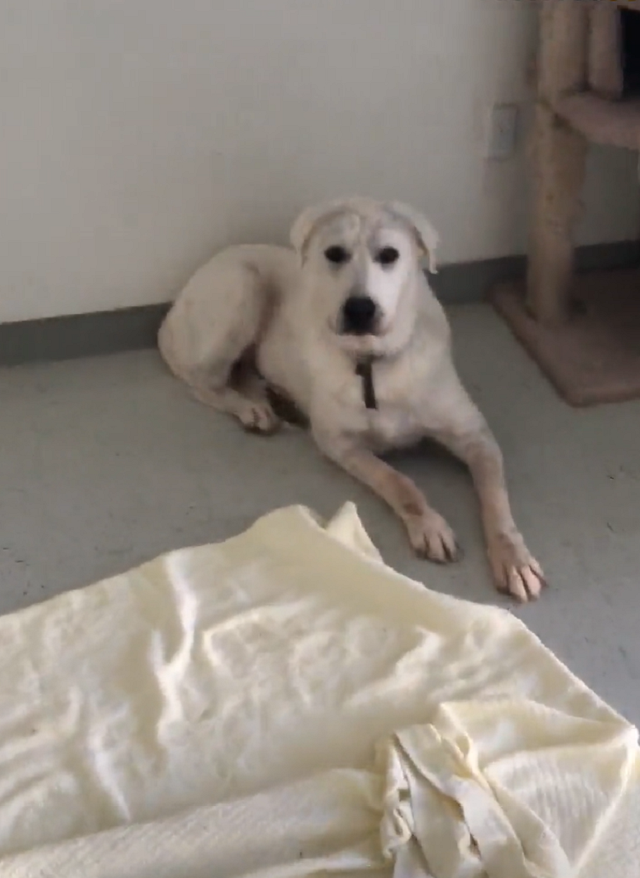 Later, Danny decided that she was so used to this boy that she decided to take the dog home with her. In this new home, Rudy has a new and real life, which it deserves. Rudy has dog relatives and loving owners who affectionately call it ”Sonny”. 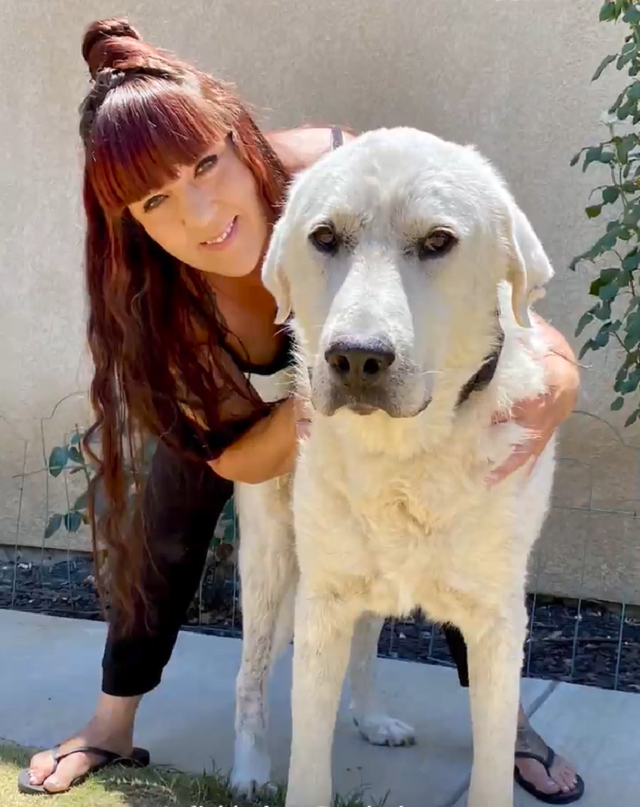 Rudy is now healthy, happy, and full of love. According to Danny, Rudy is a very affectionate and kind dog with a gentle disposition, and they are very fond of it. Special thanks to the kind people who rescued Rudy! 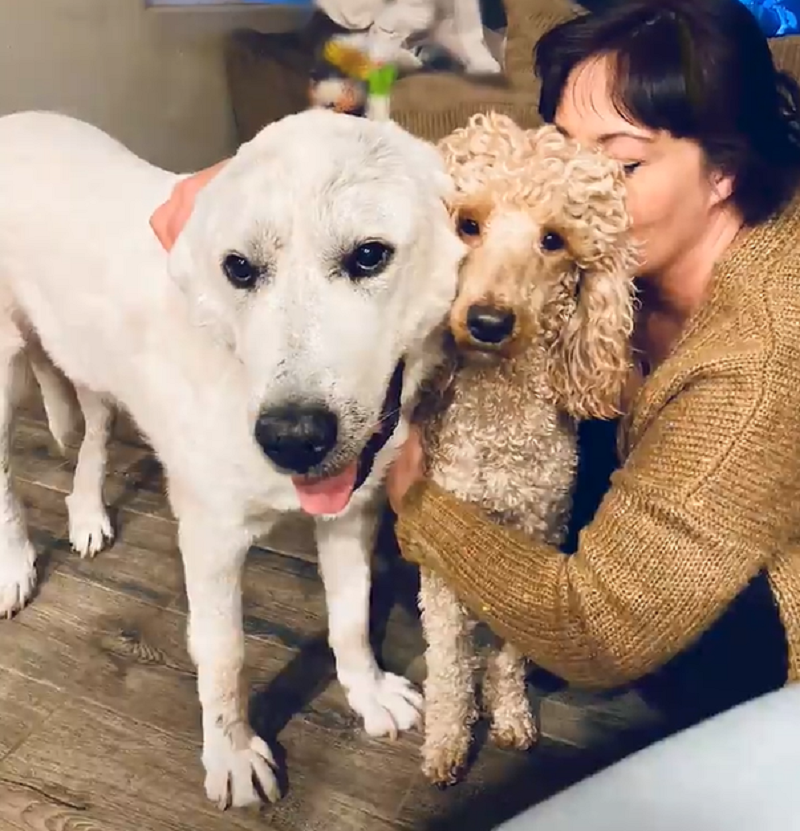