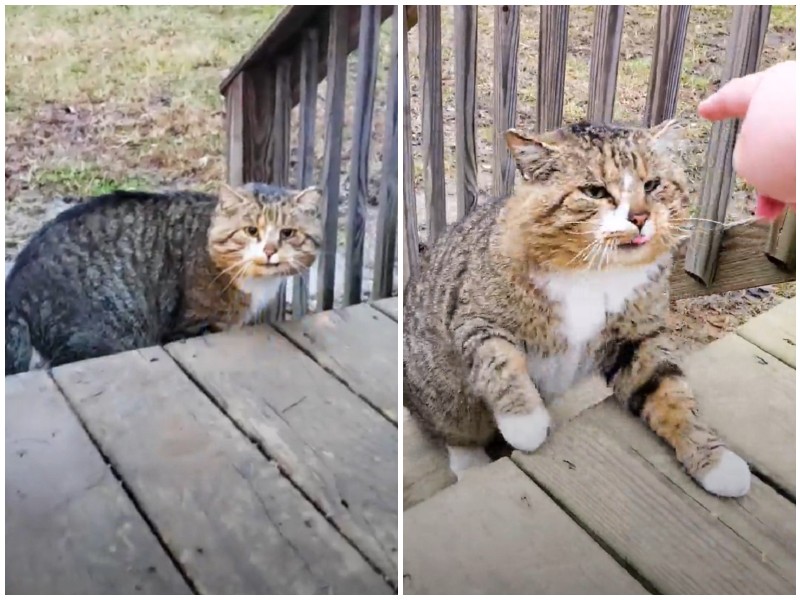 The slaughtered fighting cat was found in the streets near residential buildings. The cat turned out to be extremely timid – it was very afraid of people, and hissed at anyone who approached it. One day it was noticed by a woman who couldn’t pass by.

A resident of the American city of Petersberg named Morgan spotted this cat on the street near the apartment buildings. She tried to approach it, as she was already engaged in animal rescue, but in response the cat started hissing and trembling with fear. 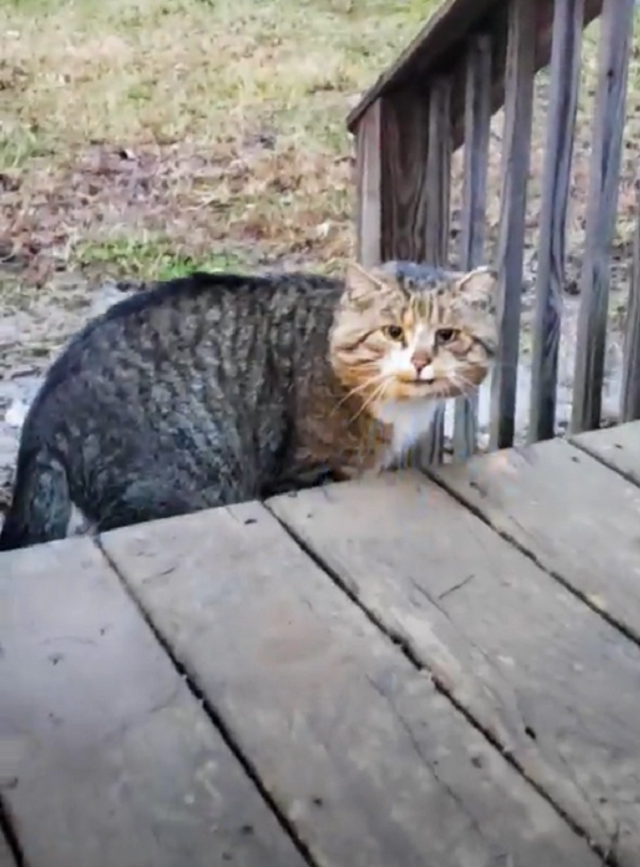 Seeing how scared the cat was, Morgan realized that over the years of living on the streets, people had caused it a lot of pain. She decided to gain the attention and trust of this fighting cat, and began to do everything to do so. She came every day to feed it, and accustomed it to affection. 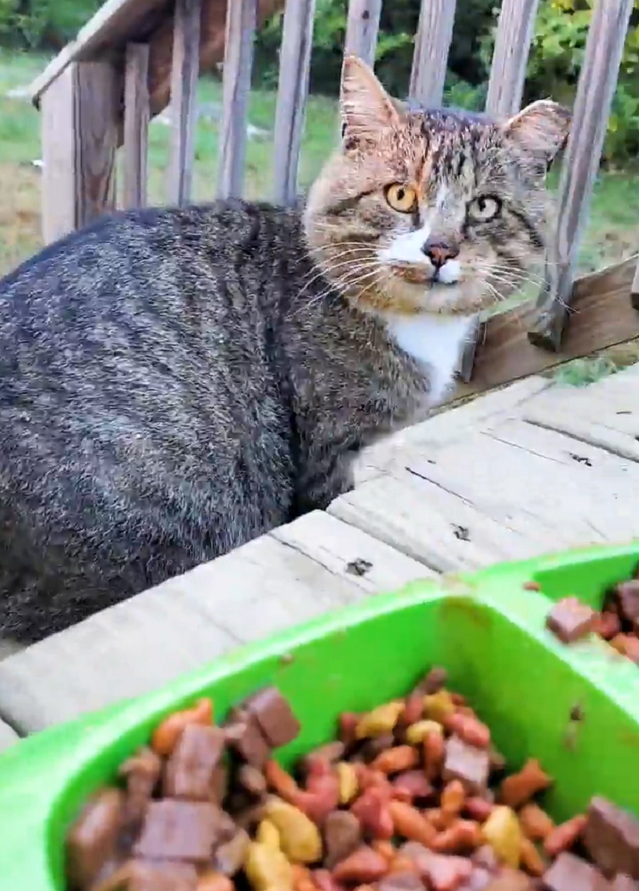 At first the cat just ran away when she tried to touch it, but the care and attention did the trick. After a few days the cat began to eat quietly in the presence of the woman, and then allowed itself to be petted – this was already a great victory for Morgan! 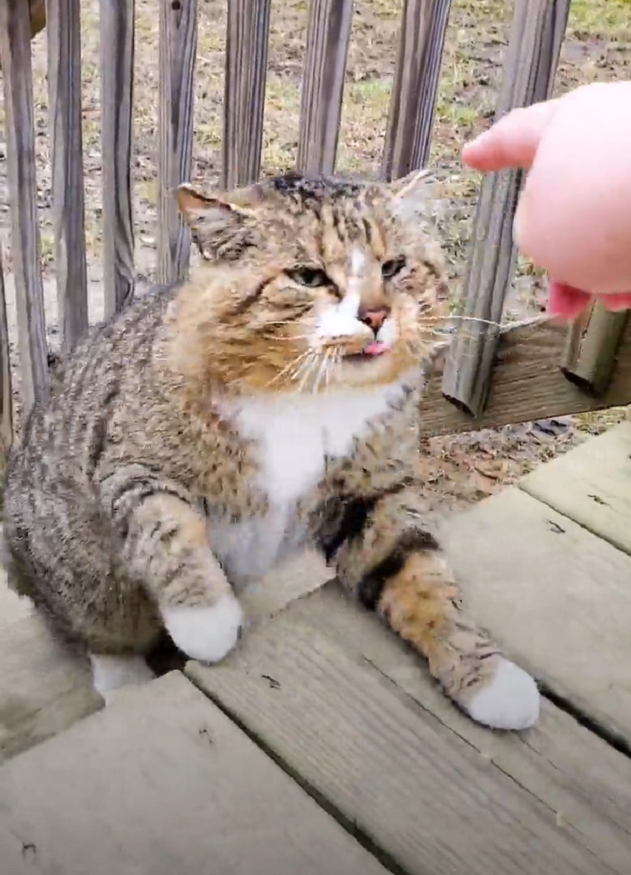 Realizing that the cat had gotten used to her, Morgan decided to take it to her for a while and immediately contacted the Lucky’s Cat House shelter. They agreed to take the cat, and the first thing they did was show it to the vet. It turned out that the cat was about two years old and had been diagnosed with feline immunodeficiency virus. 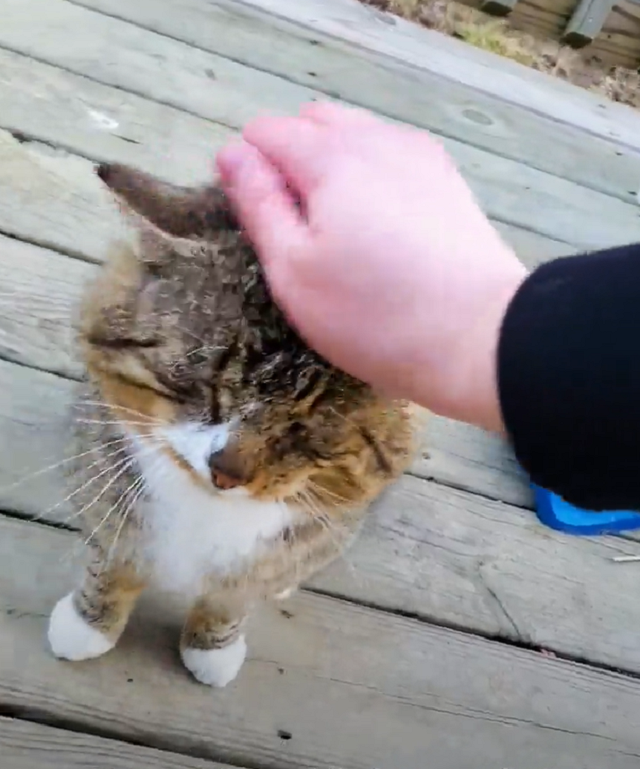 Cats with this virus can live a long life despite the diagnosis – so after recovery, they began looking for owners for Dwight. Dwight is waiting for people who will love it with all their hearts and take care of it. Be happy, Dwight! 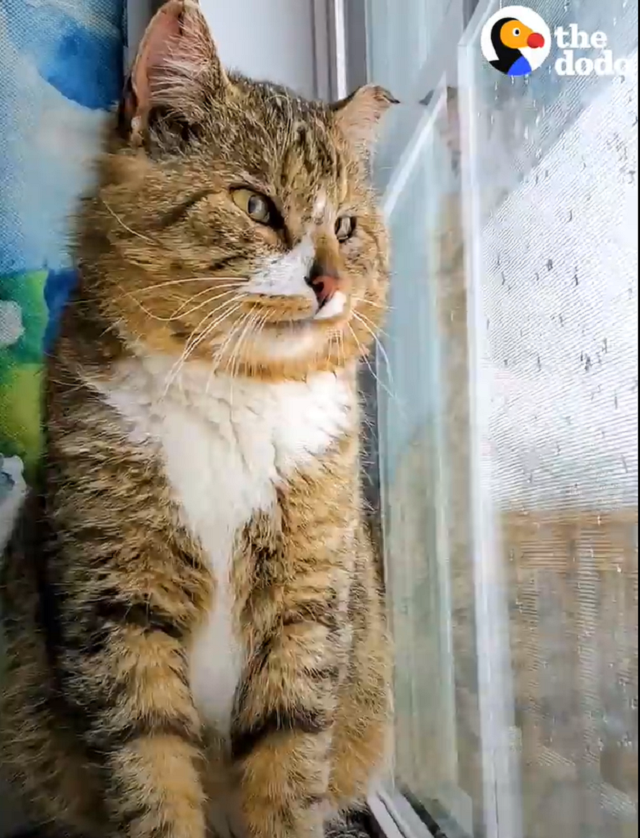