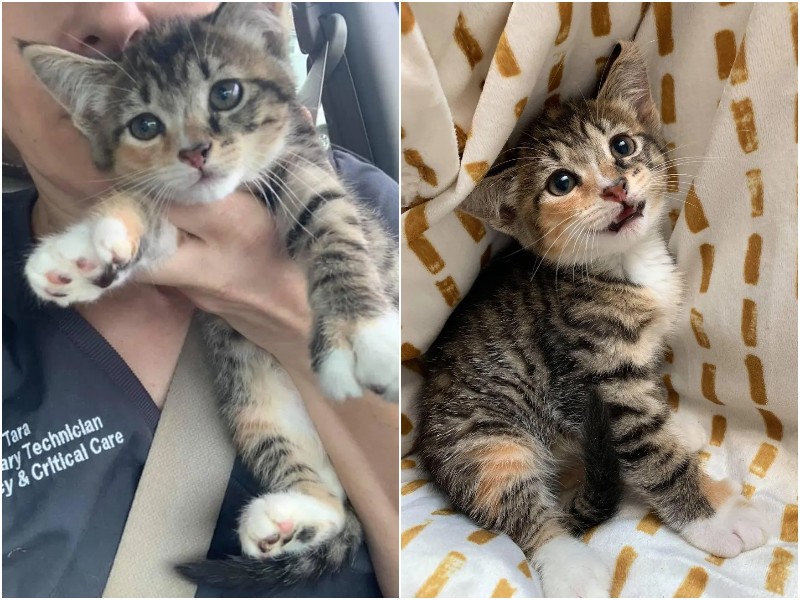 A little 7-week-old kitten ended up in a muddy ditch, where it was accidentally spotted by volunteers. The little one had been living on the streets since birth – it was immediately apparent from its ”wild” habits.

Volunteers from Douglas Town in the US found this furry little thing by accident in a muddy ditch. It was without its mother or other kittens nearby, afraid of everything around it and hissing at people. But luckily, kind people managed to fetch the frightened little one and take it to safety. 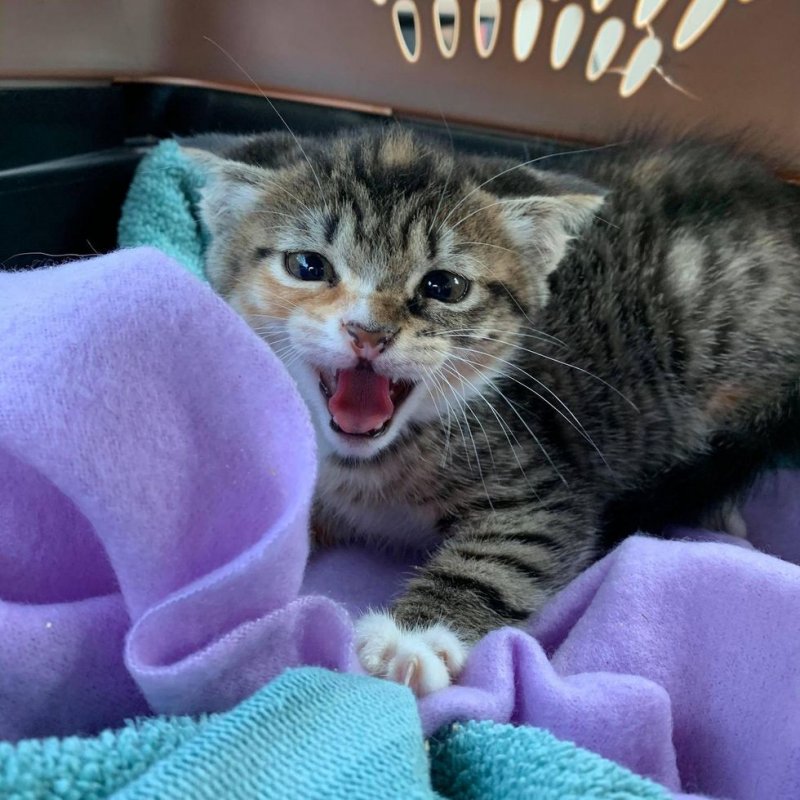 The cat was taken to the Odd Cat Sanctuary, where it was happily cared for. As soon as they brought it in, it stopped hissing – as if it realised it was being rescued. It turned out it was only seven weeks old. It was very hungry, so it got its long-awaited meal right away. 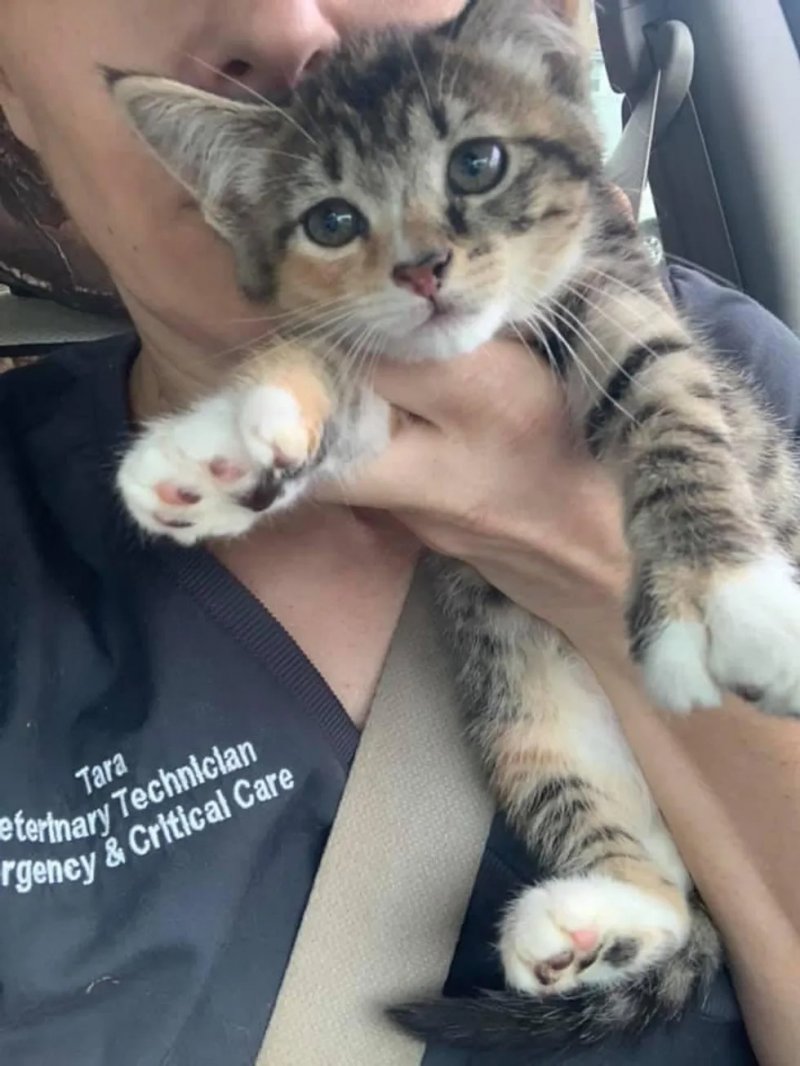 It was evident that the little one had been living on the streets for the entire seven weeks of its life. Its ”wild” habits only began to subside after a few days. It is a little more than a few days old. It has discovered human affection and since then it has always asked to be petted. 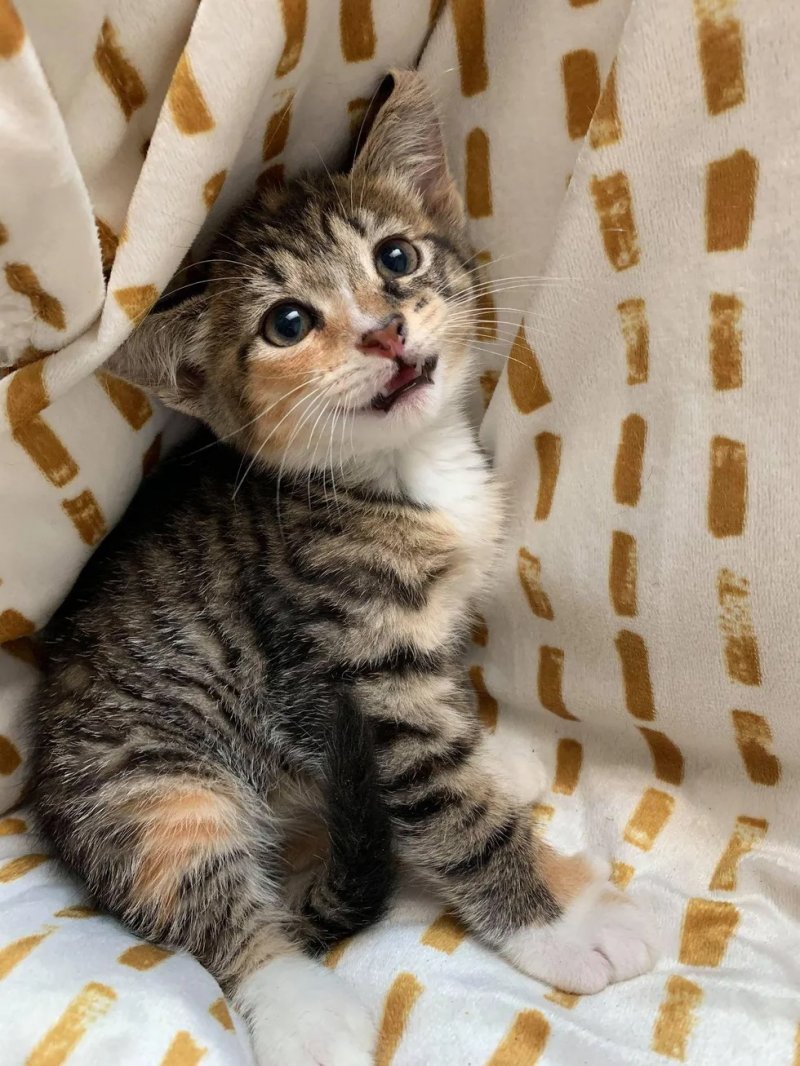 Kitty was called Cookie and in the hands of caring volunteers turned into an affectionate beauty. Cookie was playing and exploring the house when the kitty was sent to a rehoming center. After a while, they started looking for good owners for Cookie. 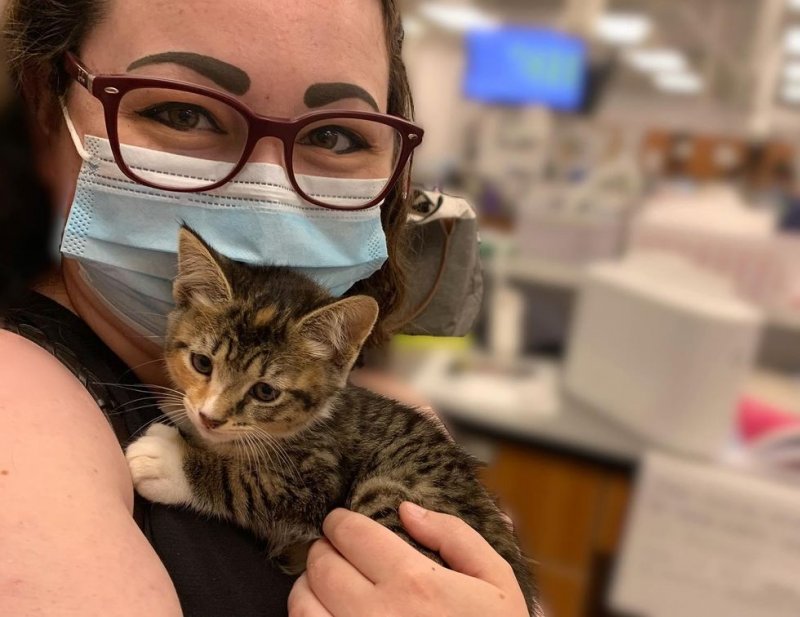 One girl, a veterinary student called Sam, immediately fell in love with this beauty. She made an application and the shelter approved it. When she met Cookie for the first time, the kitty jumped onto her shoulder and started begging for affection – and it didn’t seem like it was going to jump back down! 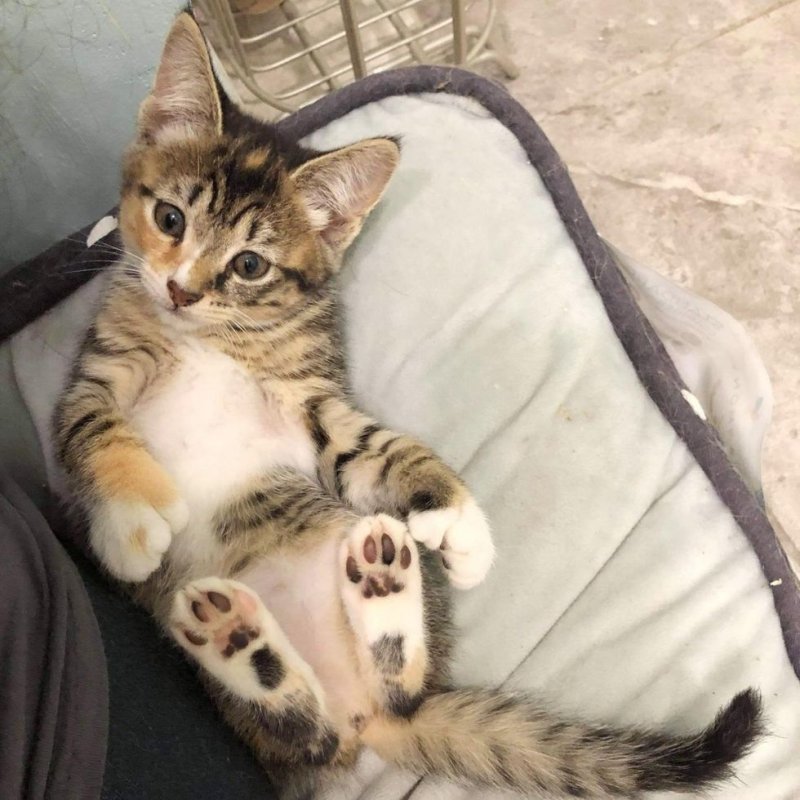 This is how Cookie got a loving owner. Cookie is now growing up to be an active, playful, and very affectionate girl. Pussy loves to spend time with its owner, running around the house, playing, and exploring new places. Thank you for rescuing this little girl! 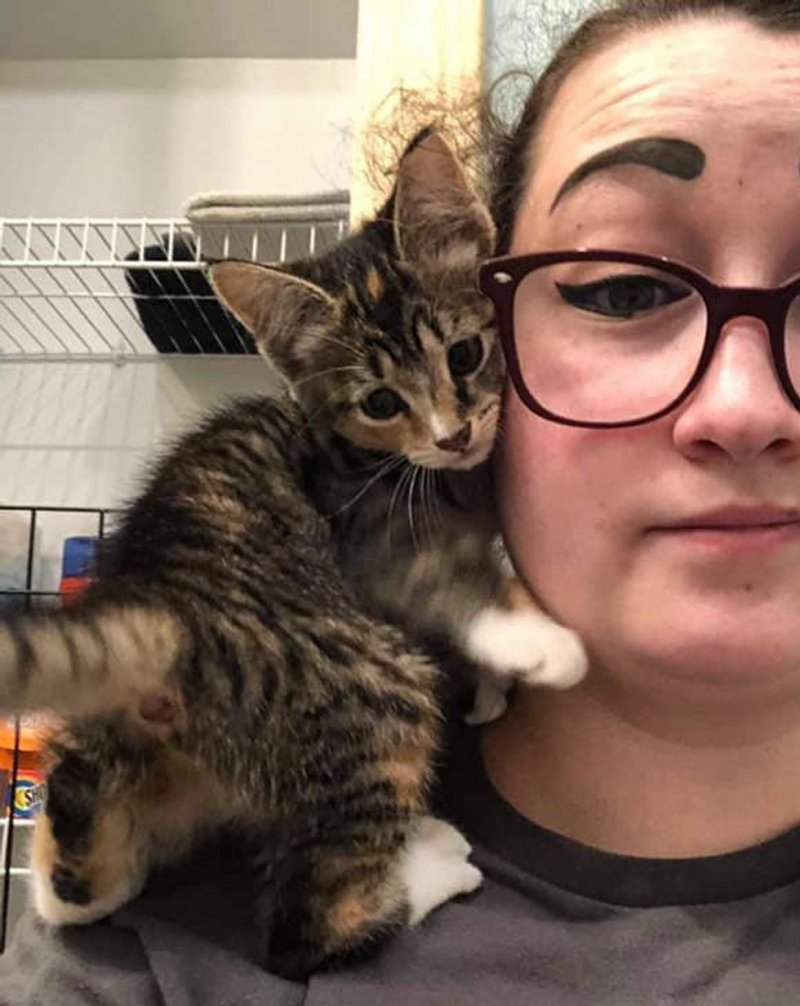