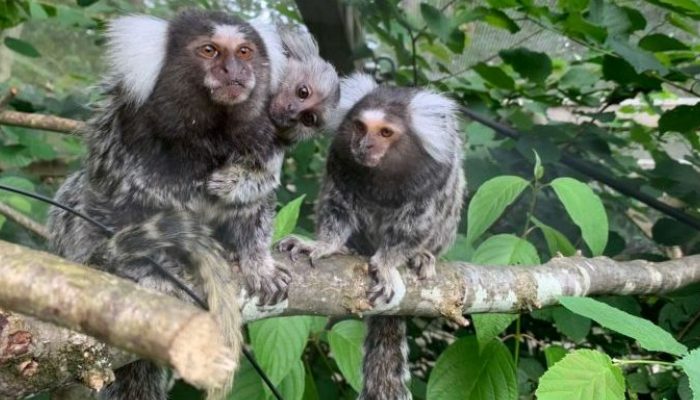 The young monkey was removed from his family and placed in a cage at a young age. The child was just 5 or 6 months old at the time. 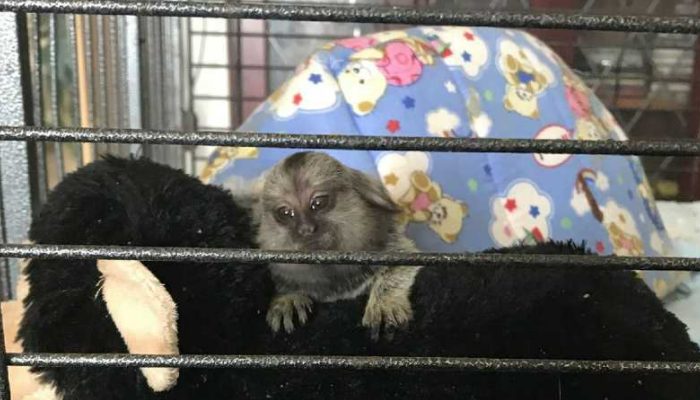 The monkey was given the name Tiktok and was kept in a birdcage by the owners. Thankfully, the baby was removed from his horrible owners and adopted by a new family.

Activists from the RSPCA charitable group arrived to verify information about animals kept in inhumane conditions. They were taken aback by the sight of Tiktok, a tiny newborn who is still too young to be separated from his parents. 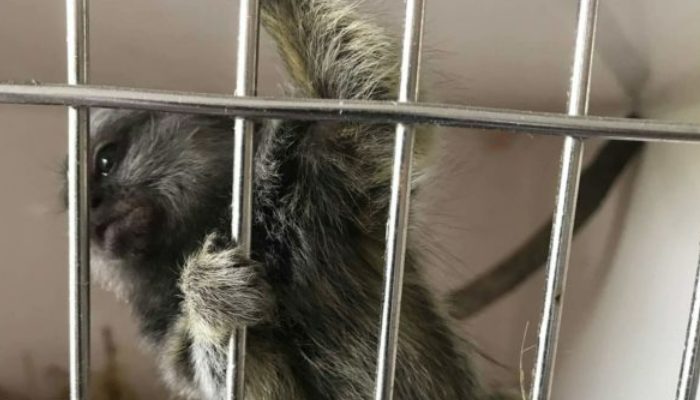 Furthermore, the animal was not properly cared for. The campaigners then took the monkey from its owners and began hunting for a permanent home for the kid.

Tiktok was soon relocated to Monkey World, a rescue organization where he receives all of the care he needs. The baby was joyfully accepted by the new family. 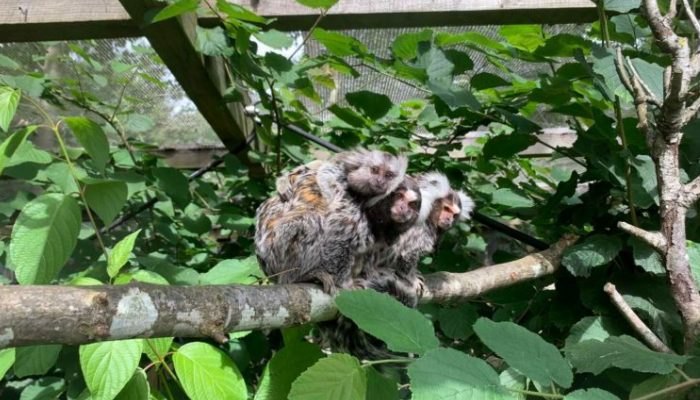 Clydie and Ronnie have taken on the role of his parents. They, too, had awful owners, therefore Tiktok was quickly embraced.

Tiktok leaped on his new mother’s back and started playing as soon as he saw her. They were head over heels in love from the start. Clydie and Ronnie are overjoyed to be able to care for Tiktok, and their beautiful family is a source of inspiration.

surrounded by loving parents. The story of little Tiktok exemplifies why

monkeys should not be kept as pets in cages.