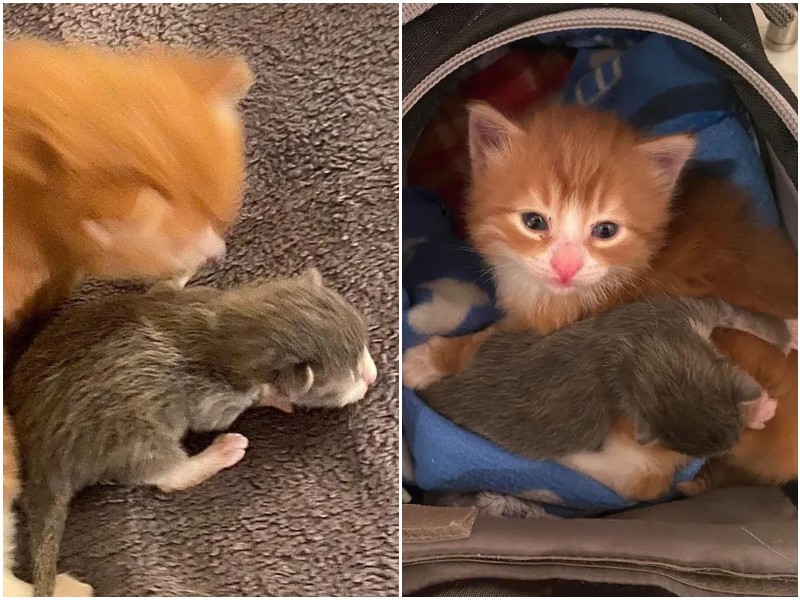 Residents of a Canadian farm found two kittens that had been dropped off on their doorstep in a box. One of the kittens was almost a newborn, and the other was older, and the older kitten wouldn’t let the baby out of its paws, trying to keep it warm in every way. 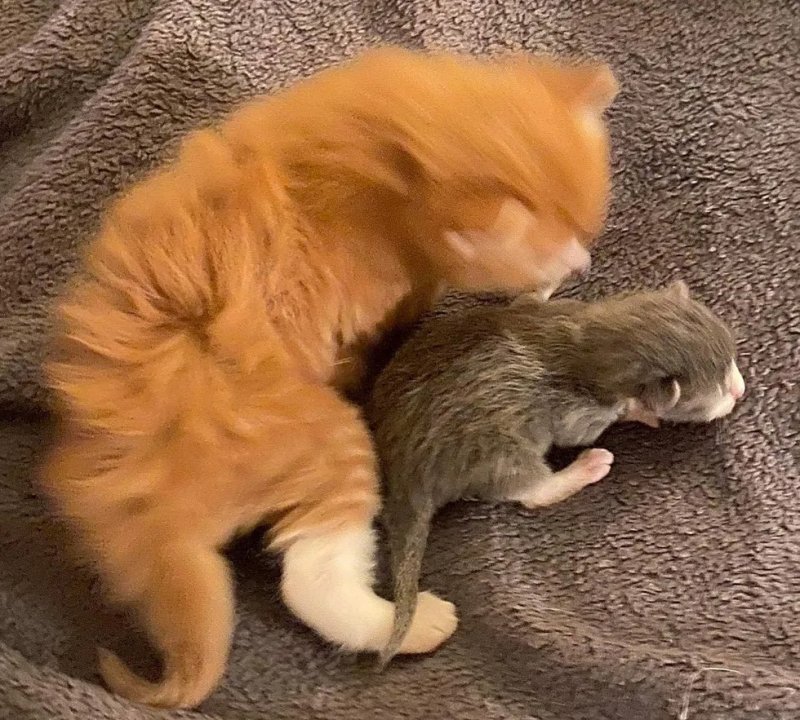 Two months ago, residents of a farm in Montreal, Canada, found two small kittens in a box on their doorstep. Inside were a ginger kitten and a very tiny grey kitten that the older ginger kitten was hugging tightly. The people immediately decided to help the little ones.

They handed the kittens over to the Chatons Orphelins rescue centre, where they were happily adopted. The rescuers determined that the red kitten was about four weeks old and the grey one was only recently born. Although the kittens were from different mothers, the red-haired kitten, named Ron, was always close to the baby and looked after him as if the grey one was his little brother. 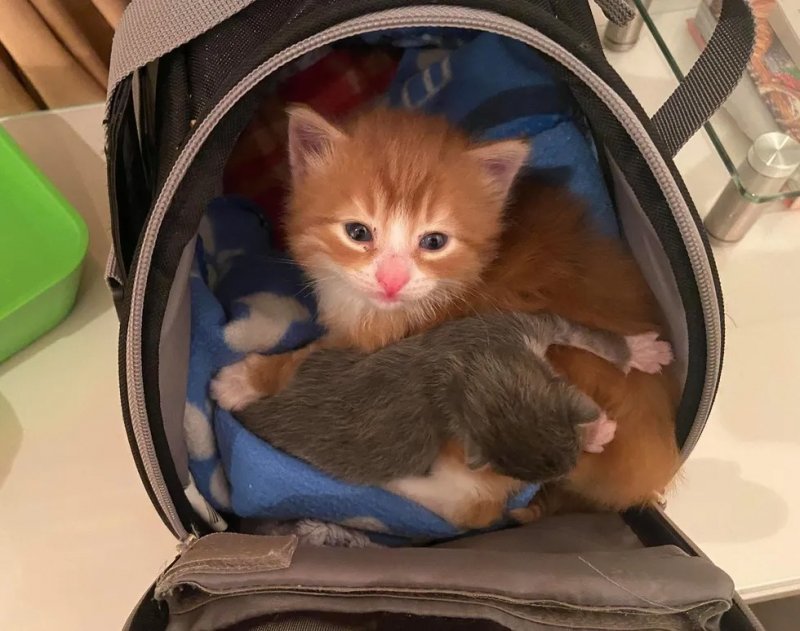 A temporary care place was found for the kittens almost immediately. The guardian fed them on a fixed schedule and took care of them in every way she could. Soon the kittens began to put on weight and became noticeably more active, cheerful, and playful. Ron, the redhead, would not leave his little brother’s side either, spending all his time with him. 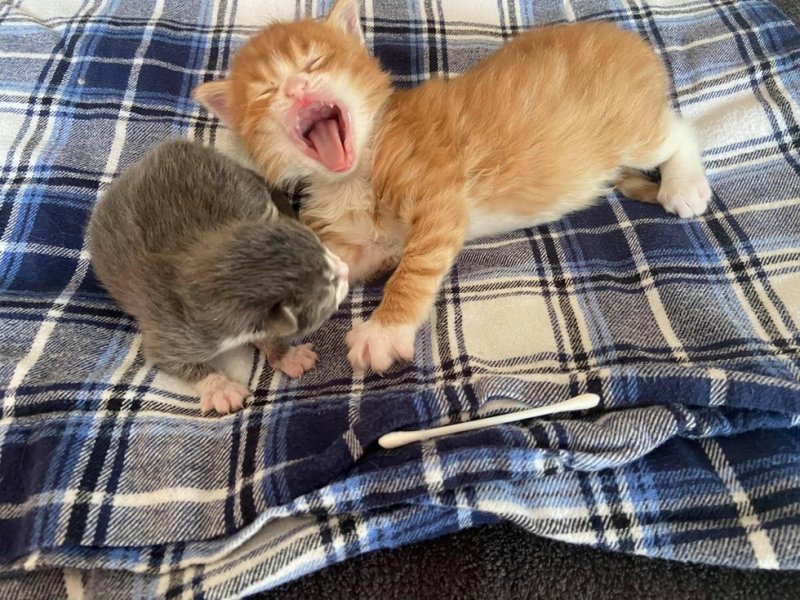 A little later, the guardian rescued another little cat who joined the pair. The little kitty was also picked up on the street and went through a lot of hardship. All three kittens quickly became friends. She and Ron became best friends from the very first days and did everything together. 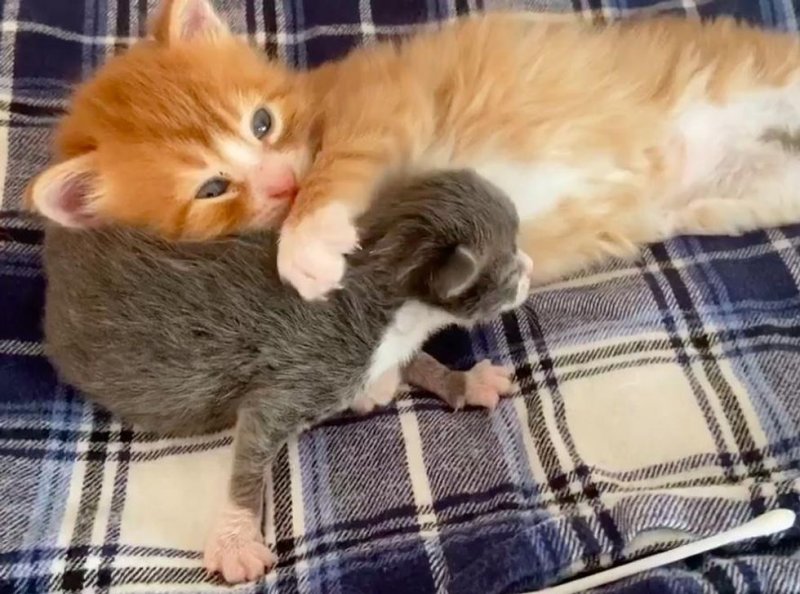 Ron really helped Scottie the cat to become more confident and get stronger quickly. He supported her, as well as his little brother. The love of this red kitten was enough for everyone. 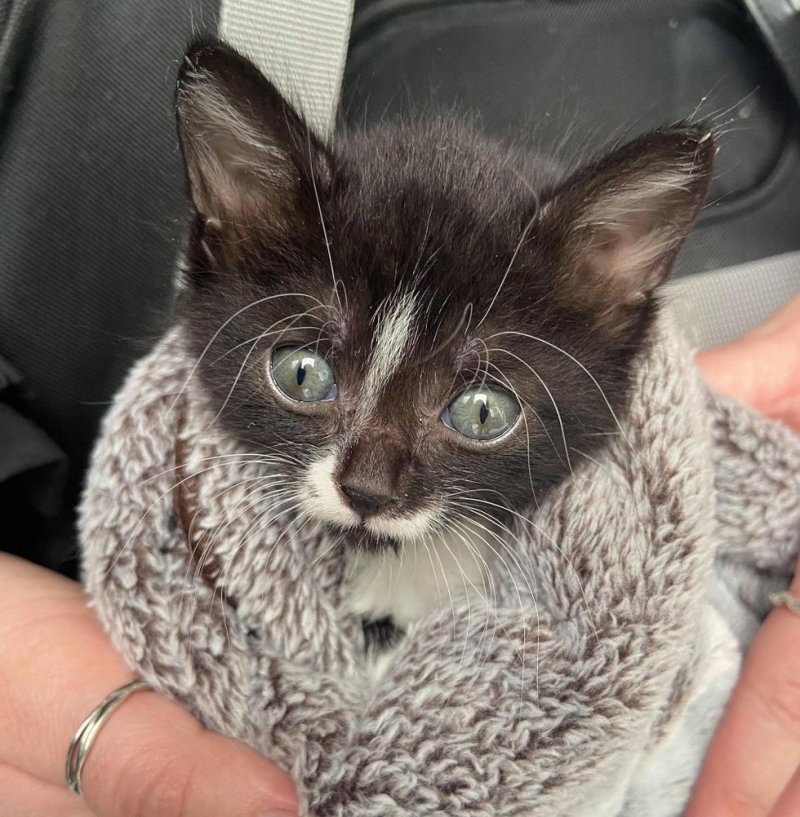 Now the babies are still growing up healthy and happy in the temporary care place. Soon, when they are old enough, permanent owners will be found for them. 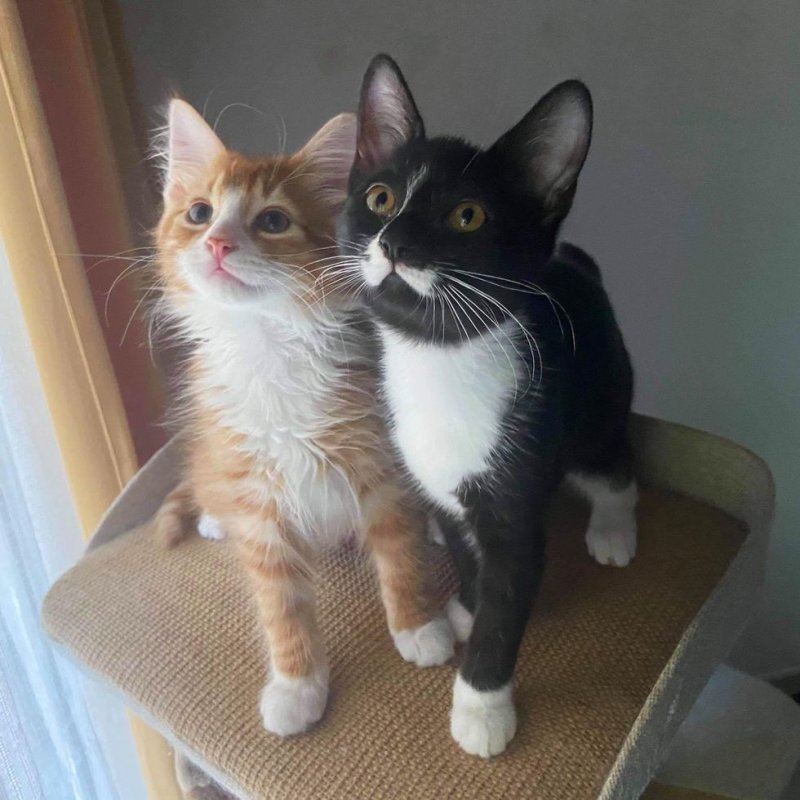 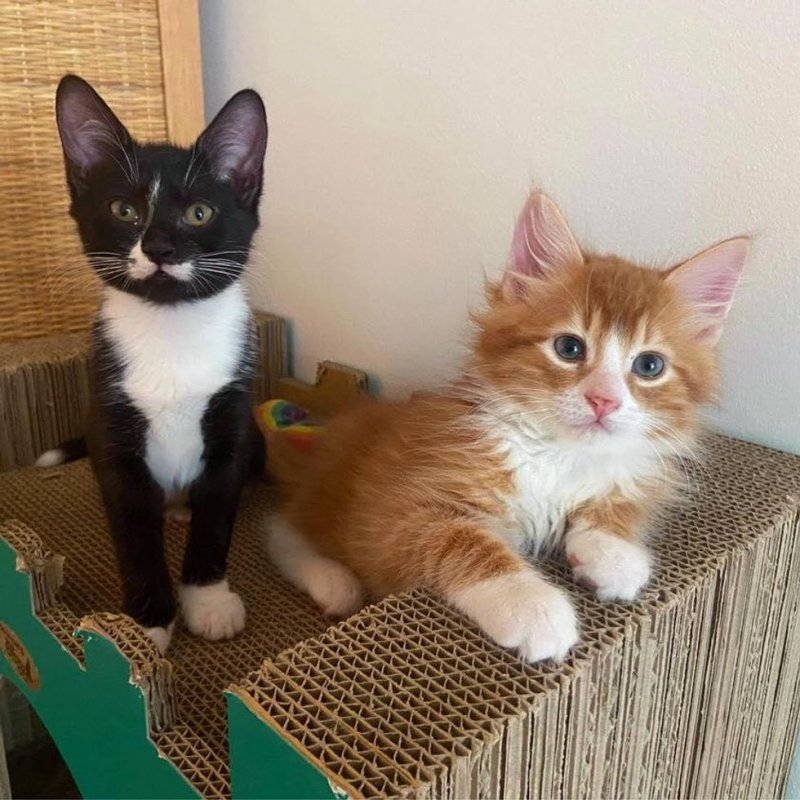