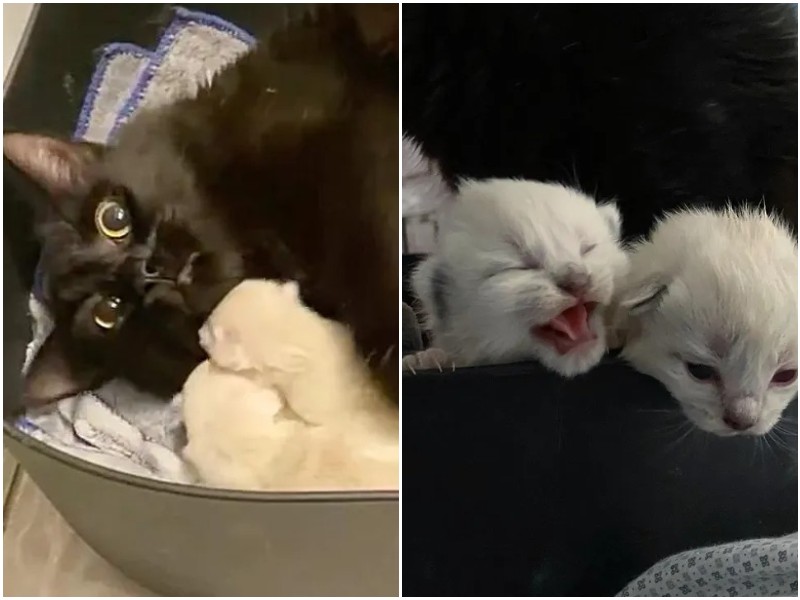 People noticed a black cat with a rounded belly in the street, all alone. It turned out that its owners had left it to its fate and it had nowhere to go. It looked around fearfully, searching for scraps. 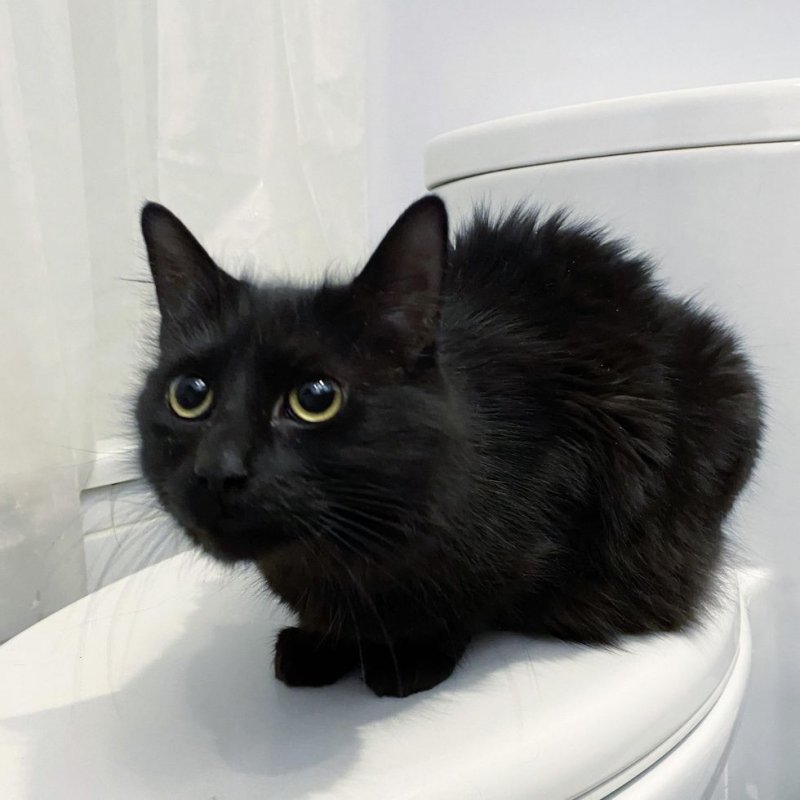 A pussycat with a rounded belly was spotted on the streets of Montreal, Canada. The poor thing had been abandoned by its owners and it was all alone – frightened, shy, and hungry, it was looking for food and looking around with frightened eyes. A woman couldn’t get past it, so she decided to help.

The woman brought the cat to her house, fed it, and contacted the Chatons Orphelins Montréal rescue center the same day. They responded quickly and took the cat to safety. The mother-to-be was in good hands and trusted the people who rescued it. 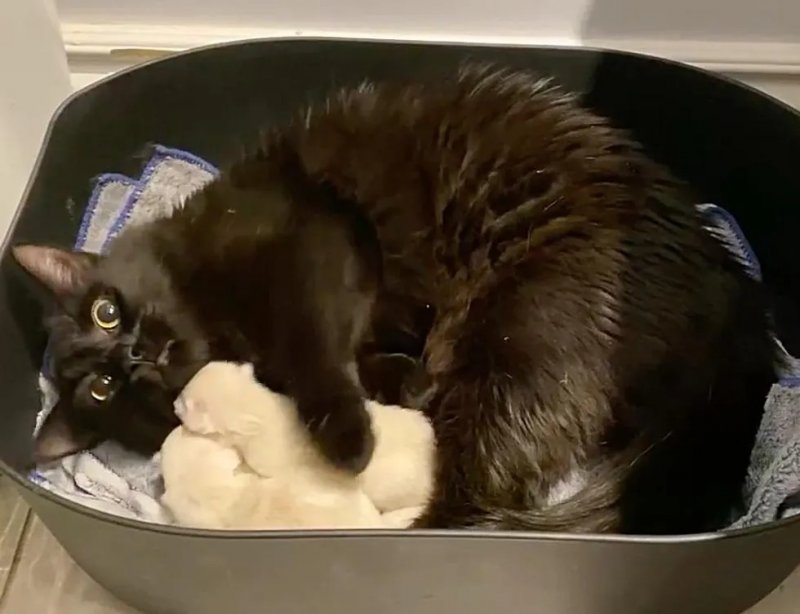 The cat’s name was Madras. In a matter of days, Madras blossomed, becoming very sweet, kind, and affectionate – it realized that it could trust these people with its most precious possessions. Within days, Madras gave birth to two adorable, healthy kittens. 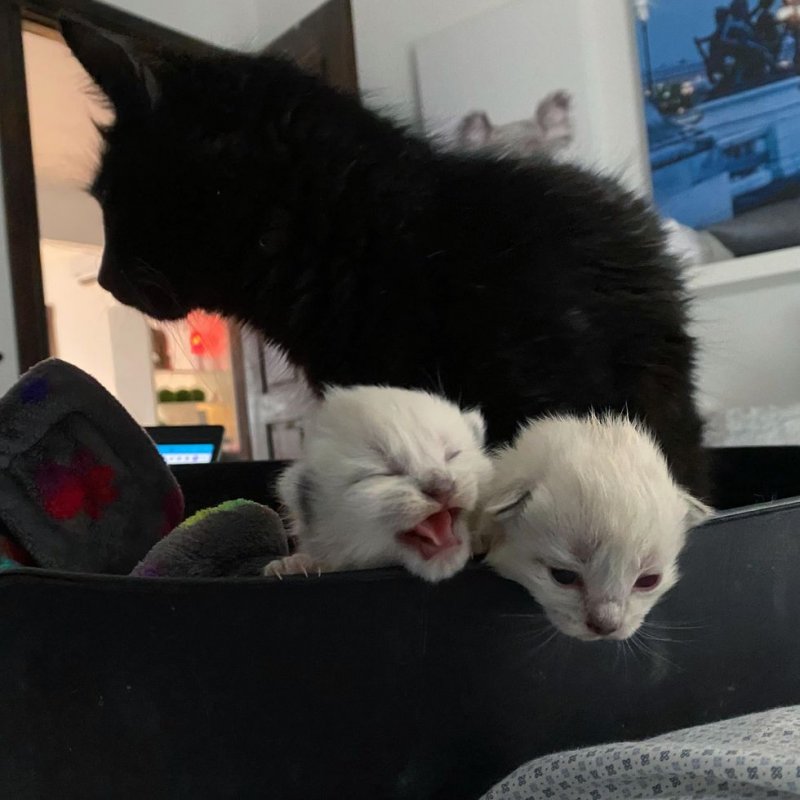 The kittens grew up healthy, but after a week Madras itself developed an infection. Madras ran out of milk and the cat had to be treated urgently. The guardian spent days and nights at the cat’s side, trying to get it back to health as quickly as possible. At the same time, the guardian fed the babies from an eyedropper by the hour. 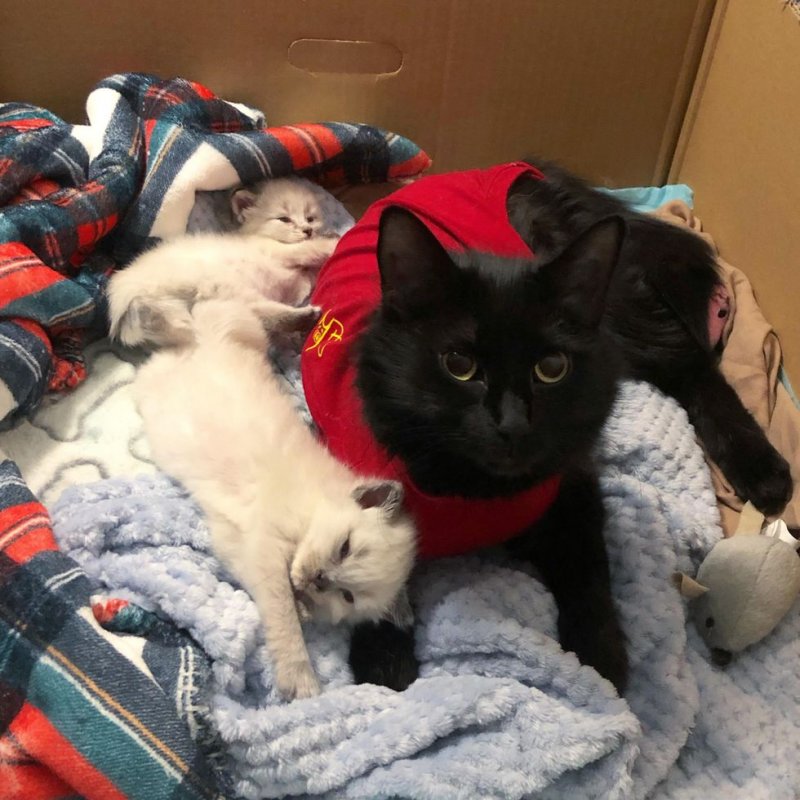 Thanks to the sensitive care of the guardian, Madras recovered fairly quickly and returned to maternal duties. The kitty proved to be a very gentle, caring, and attentive mother – it did not leave the kittens a single step from its side. 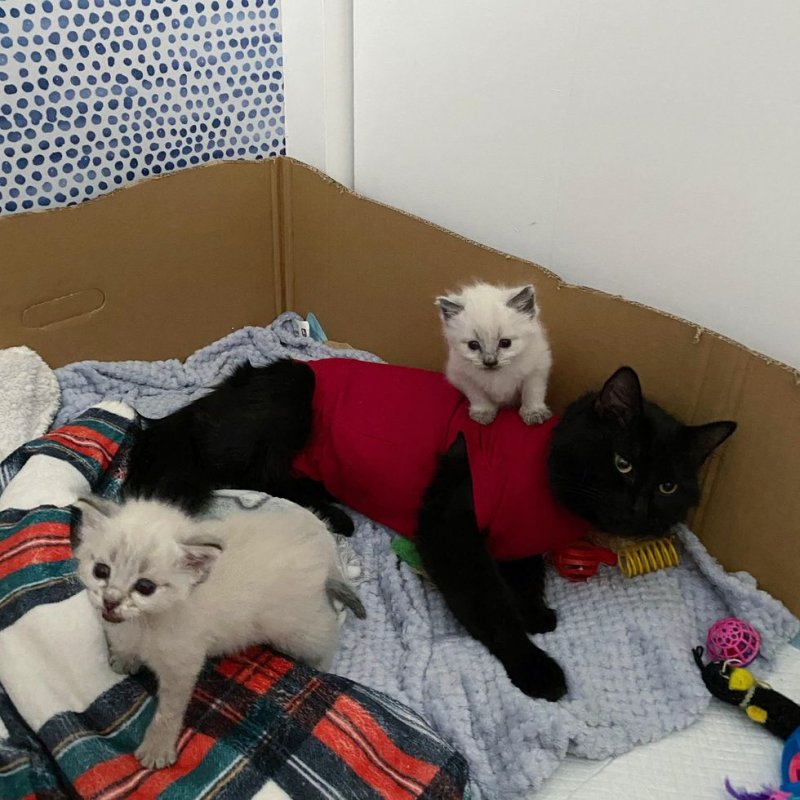 The kittens, meanwhile, were growing up healthy and active. At six weeks of age, they started eating solid food, became more independent, and turned into real beauties. 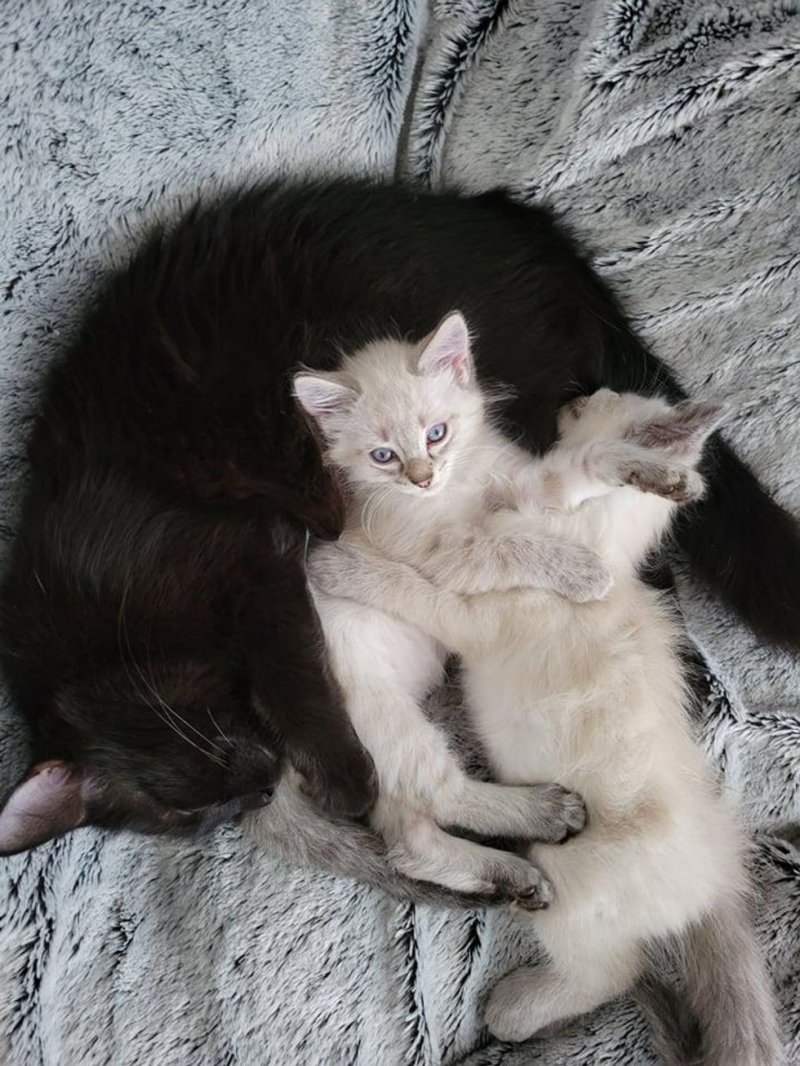 The kittens are now three months old and ready for a new chapter in their lives: a permanent home. Volunteers are already looking for loving owners for them and their mother. Many thanks to the kind people who once rescued Madras and the babies! 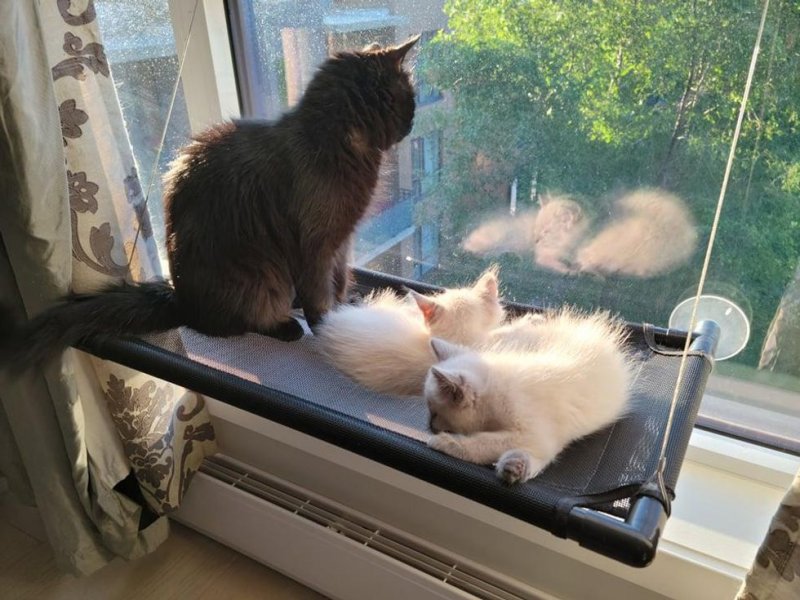