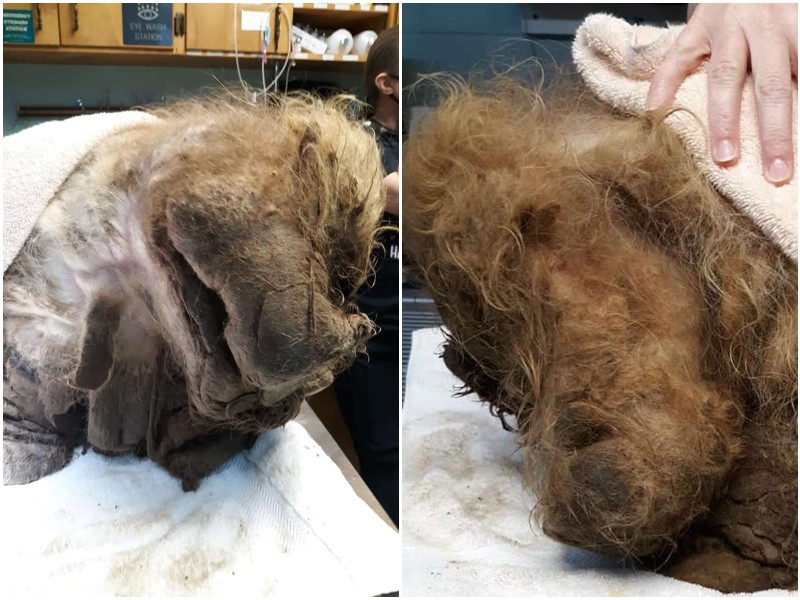 When the volunteers saw this creature overgrown with tangles, they did not immediately realize that a dog was in front of them. All this time, this dog somehow lived on the street, while not seeing anything because of the huge tangles. Fortunately, it met caring people…

It was hard to recognize a dog in this tangled doggie. All this time he lived on the street and even barely moved. One day he met kind people who brought him to the Heart of LCAC Animal Rescue Center of Clinton County in the USA. 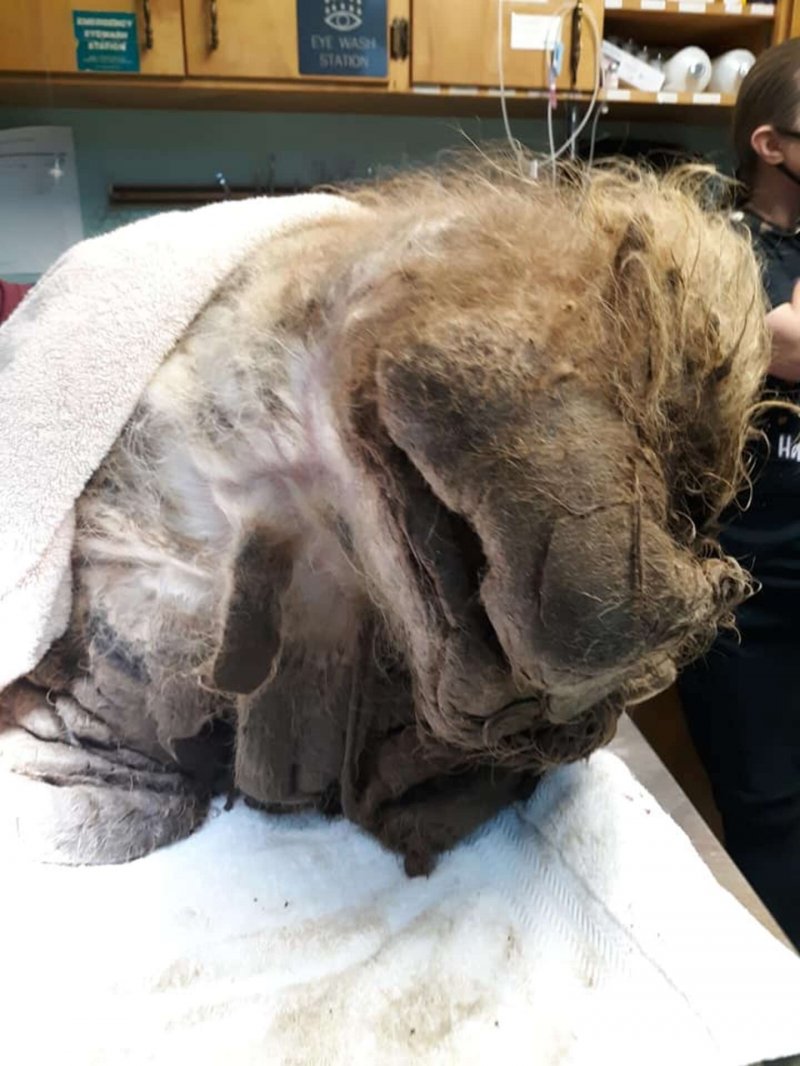 “We were able to determine where his head was only after we heard his breathing. No eyes or nose were visible. I still don’t understand how he lived on the street all this time,” says an employee of the shelter. 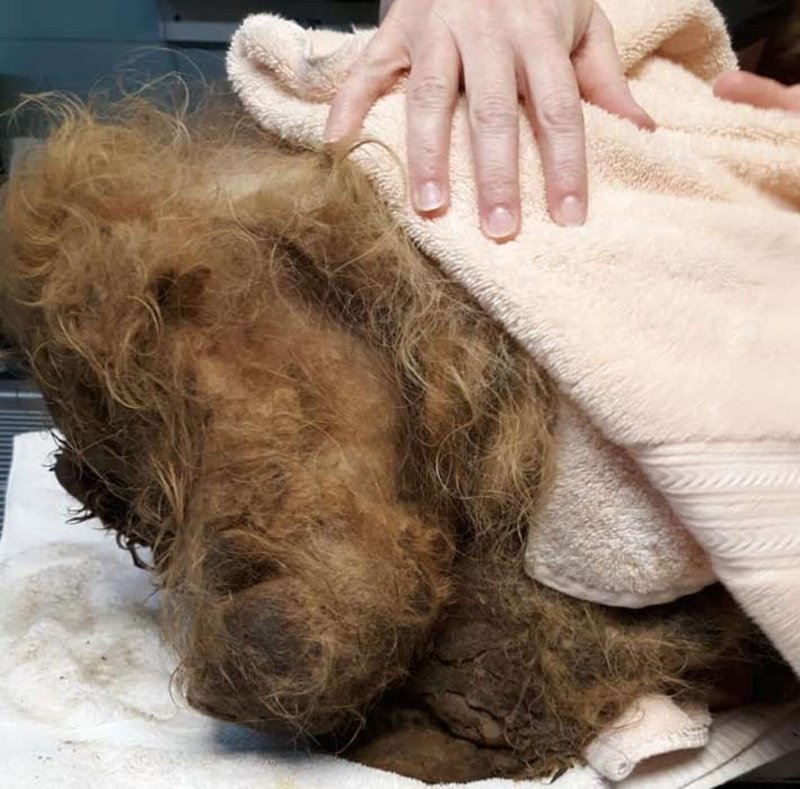 The staff began processing the dog’s fur, and after a difficult procedure, they removed as much as 7 kilograms of wool and tangles from it. They determined that the dog had been kept in a cage for several years and had not been cared for. 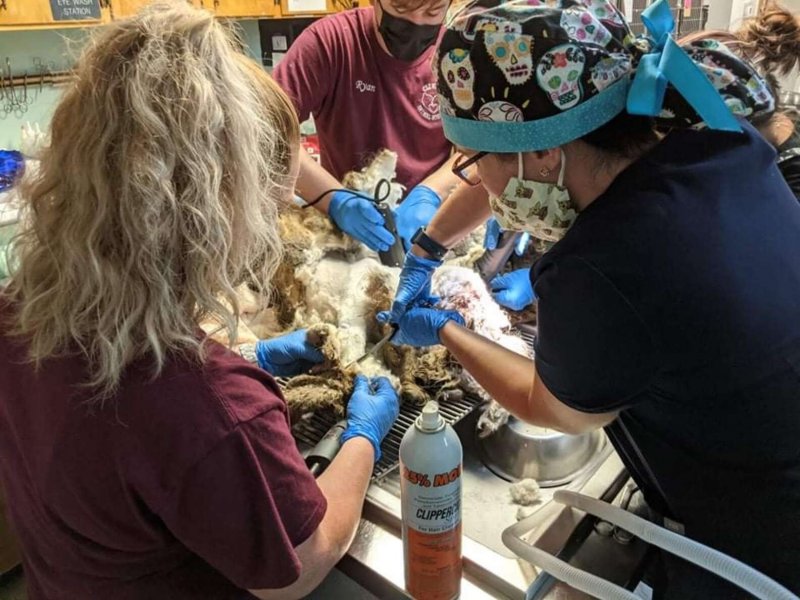 After the procedure, the pooch finally looked like a dog. He was very grateful to the rescuers for their help and was beaming with happiness – probably for the first time looking around without tangles in front of his eyes. 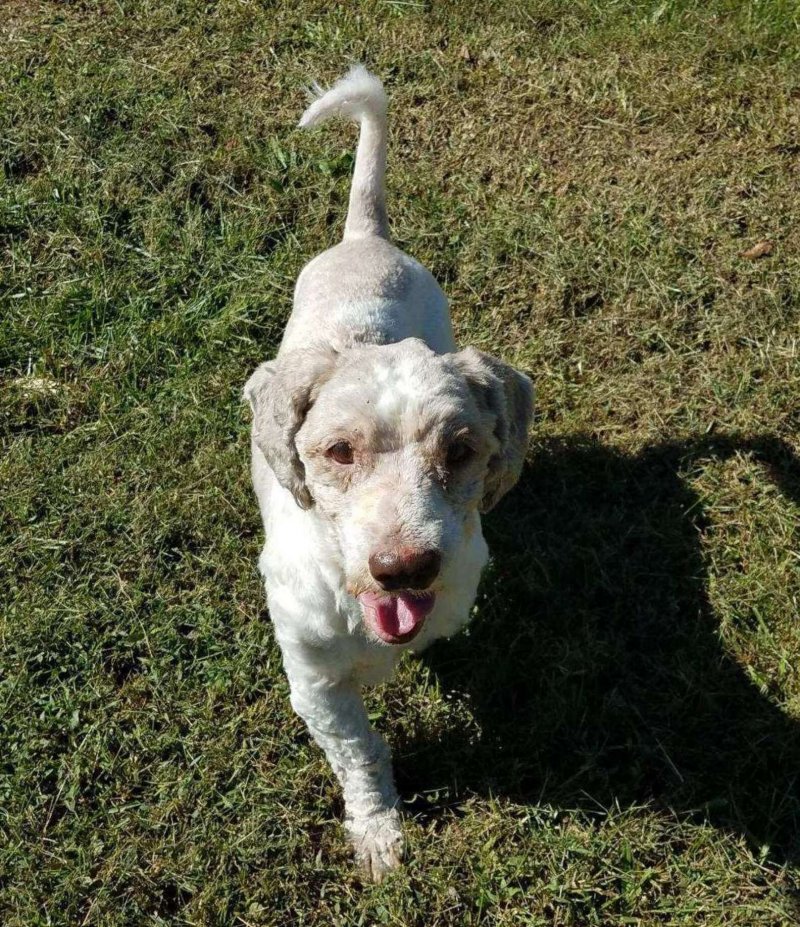 Rescuers named the dog Pat and determined that he was nine years old, and was a cross between a Cocker spaniel. After the haircut, Pat was full of energy. The dog began to actively play, run, and enjoy life. He was glad to be a normal dog again! 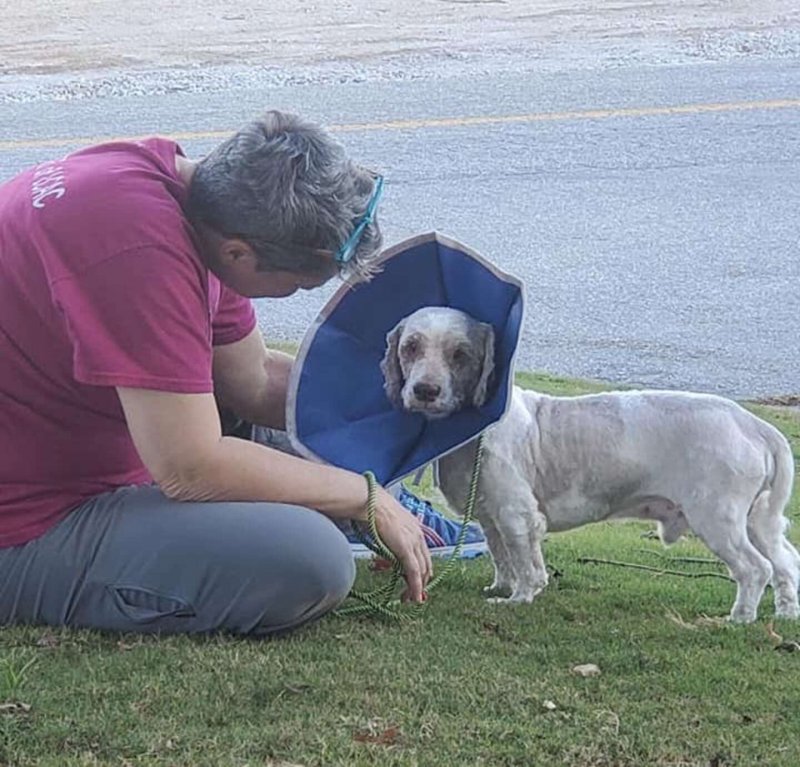 Now Pat is being cared for by a shelter, where his health is being restored. After that, permanent owners will be found for this wonderful boy.

ANIMALS 0 5 views
The dog accompanied the procession at the funeral, after which he stayed and all

ANIMALS 0 4 views
The Shelter Polanka helps animals in need. We will dedicate several articles to dogs,