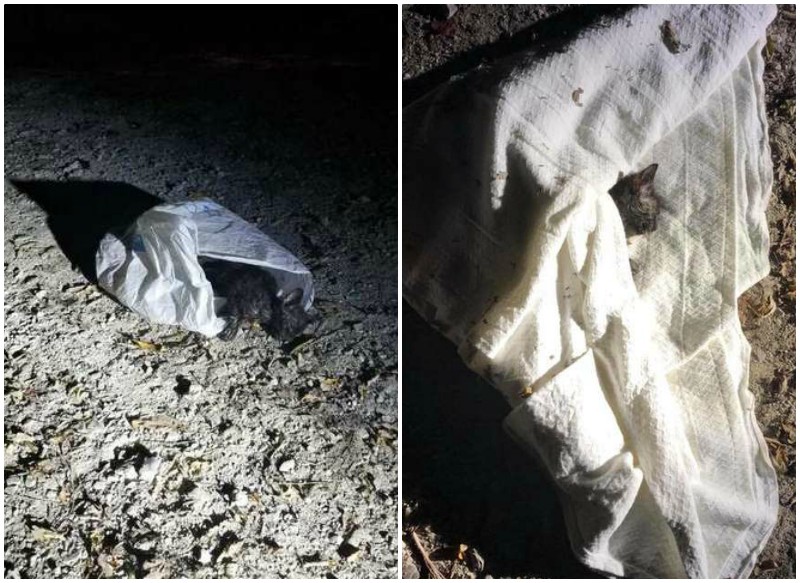 While on duty, a policeman saved a small life in an unbelievable way. Someone had left a kitten dying in a rubbish bag, and at first, the man thought it was dead. But the tiny heart was still beating! 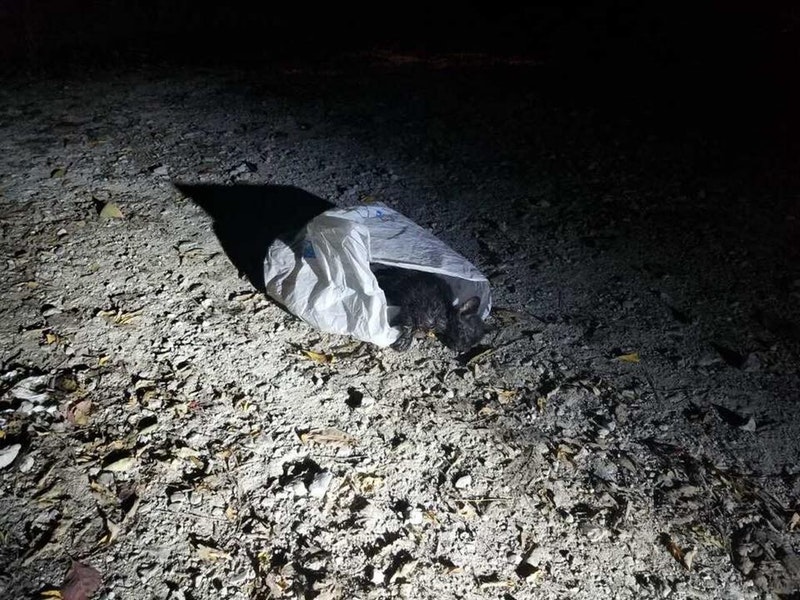 That night, Sheriff’s Deputy Bennett Dillon of Indiana was out patrolling the area as usual. As he looked around the local park, he suddenly noticed a bag lying on the ground, the kind normally used for trash.

The man looked more closely and saw a small black kitten inside. At first he thought the kitten was dead, but it was still breathing. Had it not been for the policeman, it would not have survived until morning…

“The kitten was barely breathing, its ears and eyes were covered in blood. Dillon pulled it out of the bag and wrapped it in a blanket,” the Monroe County Sheriff’s Department wrote on Facebook. 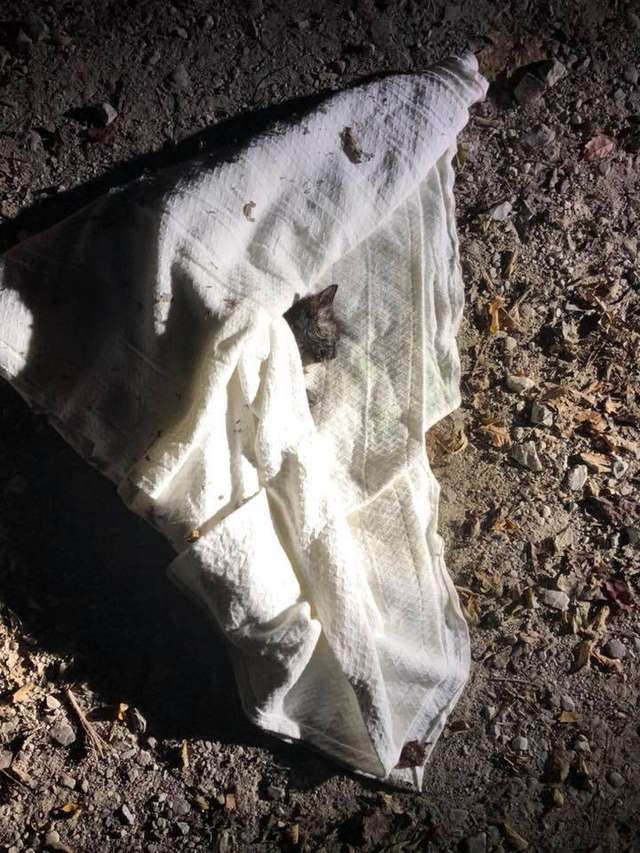 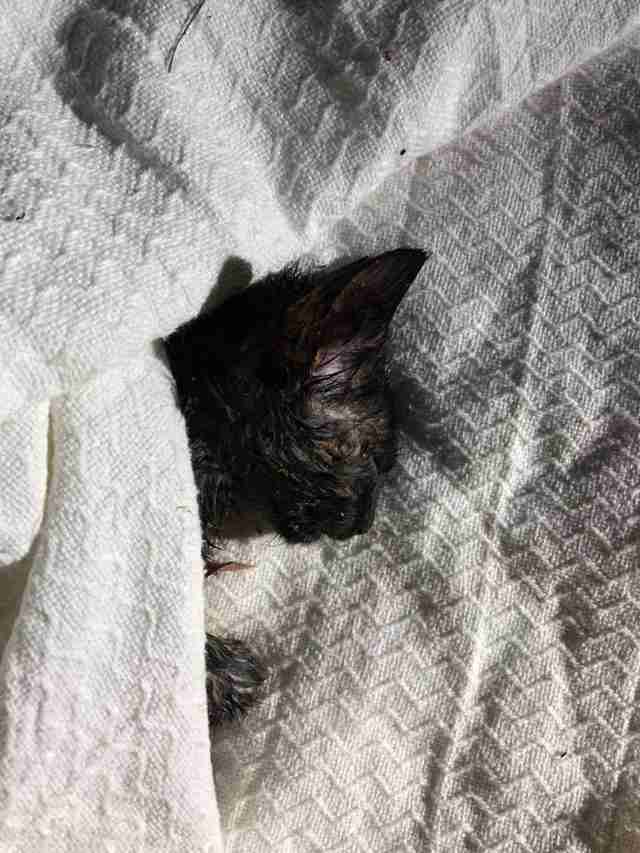 The policeman rushed the kitten to the nearest veterinary clinic. The doctors determined that it was a girl, and the crumb’s condition was critical. In spite of everything, the vets did their best to save it. 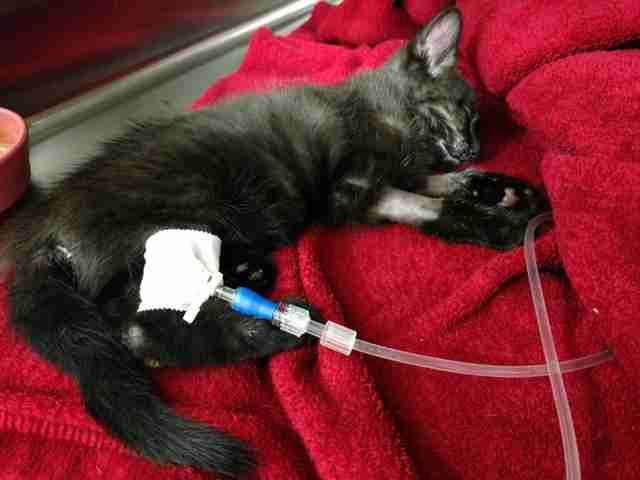 An examination revealed that the kitten had a head injury, a broken paw and anaemia caused by fleas. It might not have survived, but thanks to the diligence and care of the responsible vets, the kitty made it through!
The little kitty, named Lennie by the staff, proved to be a real fighter. 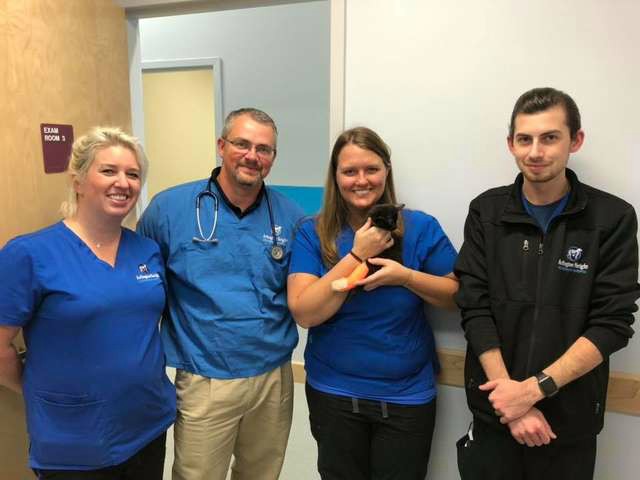 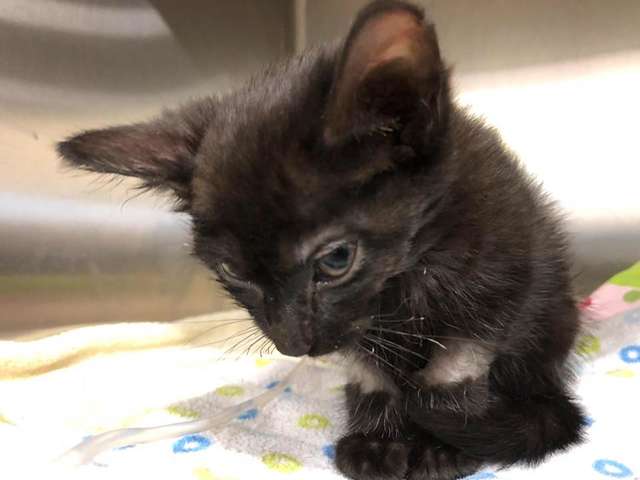 A week after it was on the verge of death, Lennie was on the mend, much to the delight of all the staff at the vet clinic who had been watching it in awe. 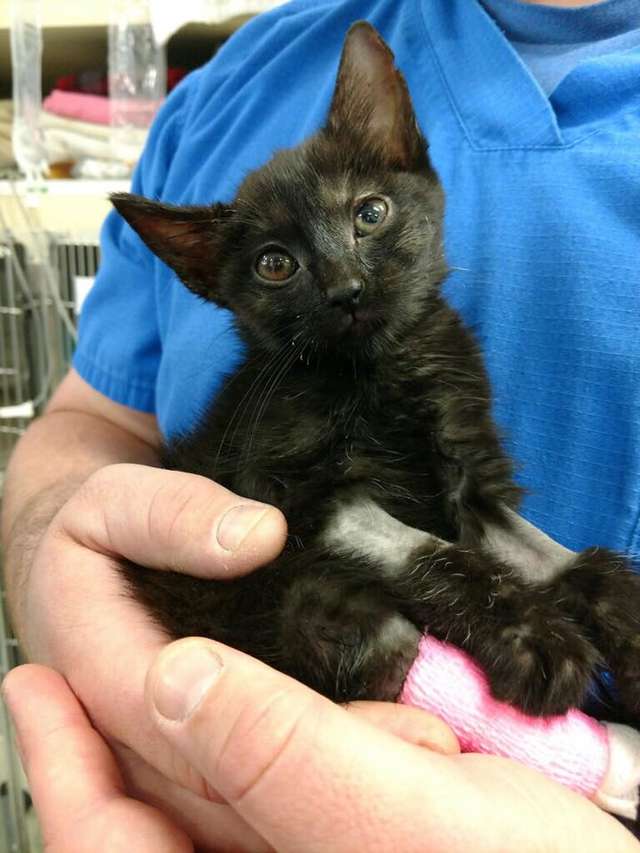 The Monroe County Sheriff’s Department thanked the rescuers, and Deputy Dillon, who gave the kitty a chance at life.

While Lennie recovers, Dillon’s colleagues have taken it into their care. It is in good hands and we are sure that Lennie will soon find a loving home where it will never be left alone again.