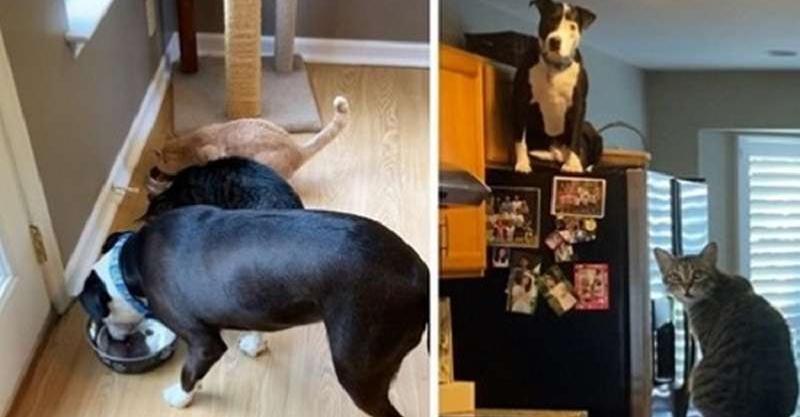 Fans of cats can be not only people and cats themselves, but also young pit bulls. 2-year-old dog Mako, who was recently taken from the shelter to a family with cats, almost abandoned his canine identity, copying the behavior of his new purring friends.

The owners of Mako even nicknamed him the “Refrigerator Puppy”, as he loves to climb on all surfaces in the house under the disapproving glances of his inspirers — the red Pecan and the big-eyed Gizmo. 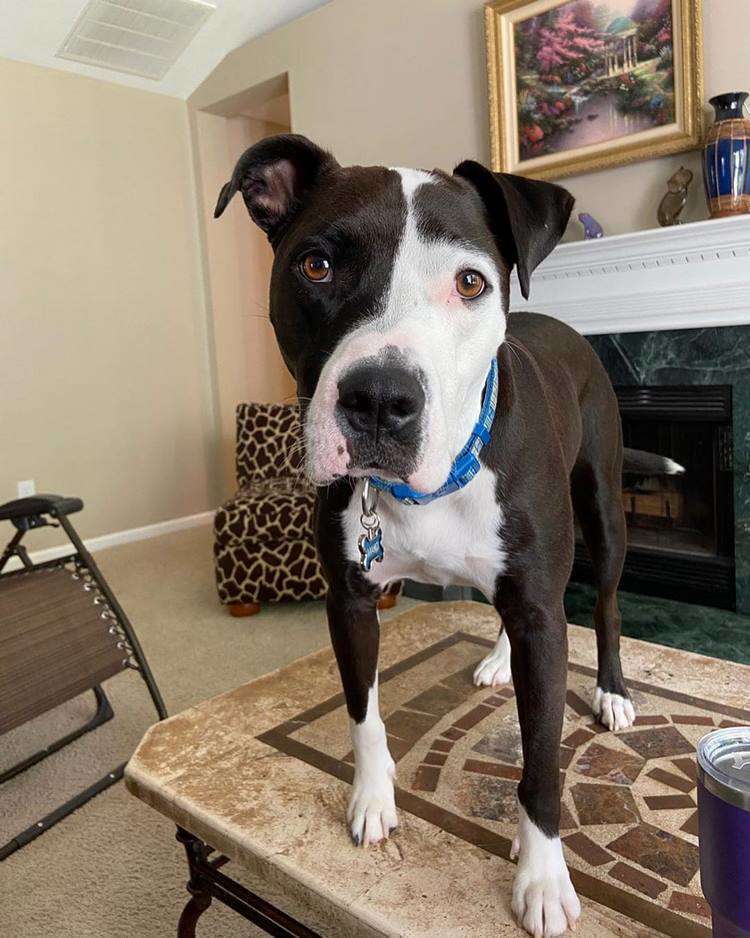 Sisters Bethany and Samantha Castiller from the USA, taking the dog home, worried whether he would make friends with their cats.The dog not only got along with the owners’ cats Pecan and Gizmo, but also became their fan. 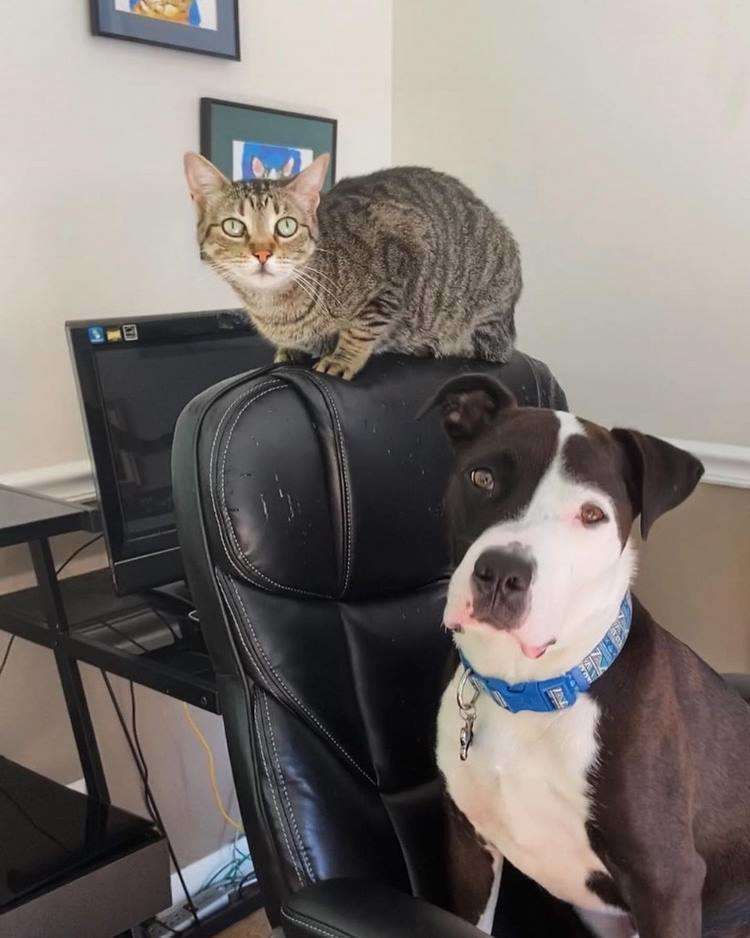 Moreover, under their influence, Mako also believed that he was a cat! 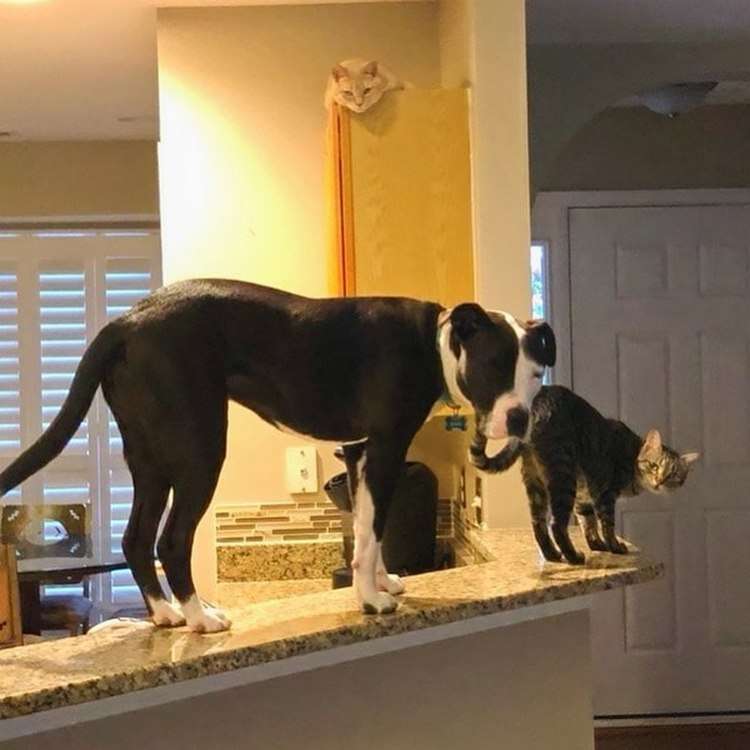 He especially likes to jump on the surface. Mako just wants to be with his bros everywhere!

Find the excess in 10 seconds! 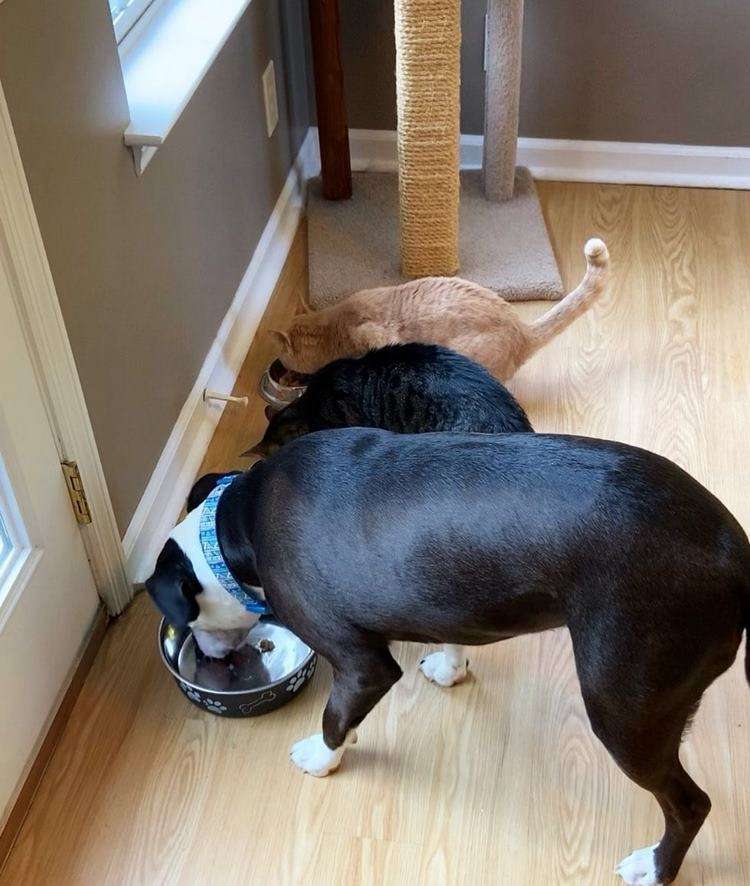 The new owners of Mako have a suspicion that in his life the dog has already managed to visit the feline society. 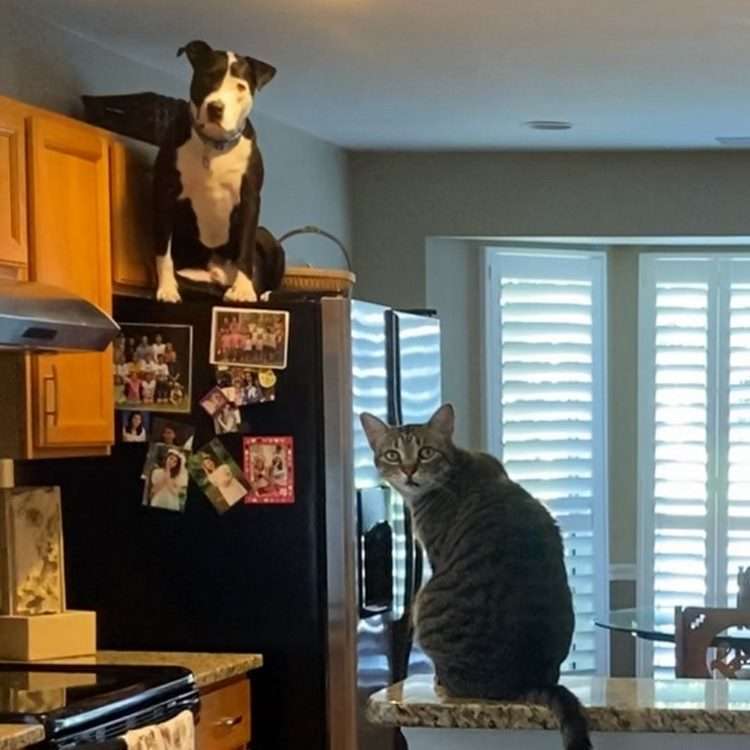 As you can see, Bethany and Samantha accepted his habits and simply removed all objects from the surfaces. 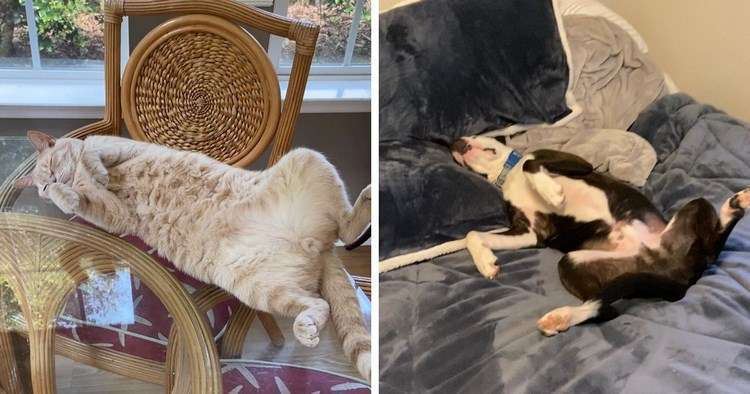 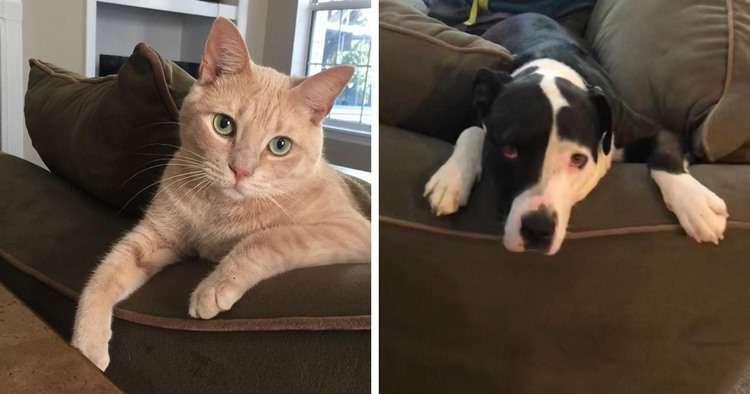