The owners hoped that the cat would die by itself, but when their expectations dragged on, they brought her to the clinic for euthanasia.

Zara suffered at home for three days, only after that her owners went to the clinic, but not for treatment, but to put the animal to sleep. 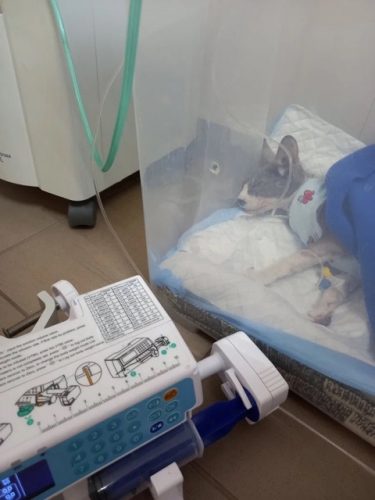 For the doctors, the owners came up with a story that the cat could not give birth for three days, then they took out a dead kitten from her and brought her to the clinic to put her to sleep so that the animal would not suffer. 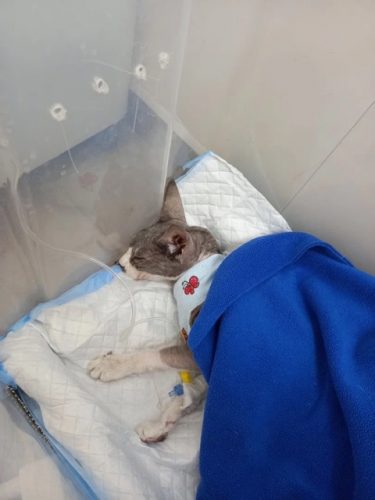 They brought the cat closer to the end of the working day, but the veterinarian did not quickly fulfill the owners’ demand to go home as soon as possible. The doctor Ksenia Valerievna performed an urgent operation on the animal because weak reflexes and low temperature indicated that without intervention the animal would not live until morning. 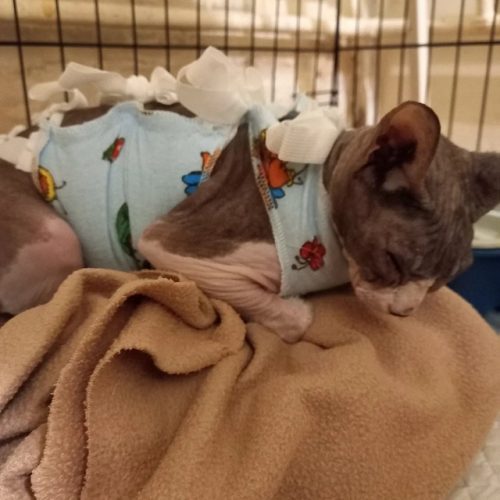 It turned out that the cat was not expecting offspring at all, she had a large purulent inflammation in the uterus, from which the pus went into the internal organs and poisoned them. 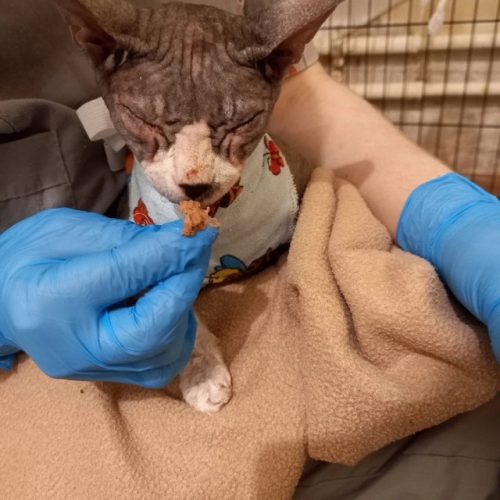 After the operation, Zara is undergoing intensive therapy with ivs, but her condition is still severe. The cat has no strength at all and the clinic staff even have to feed her with their hands. No matter what, the cat wants to live and fights for every new day.