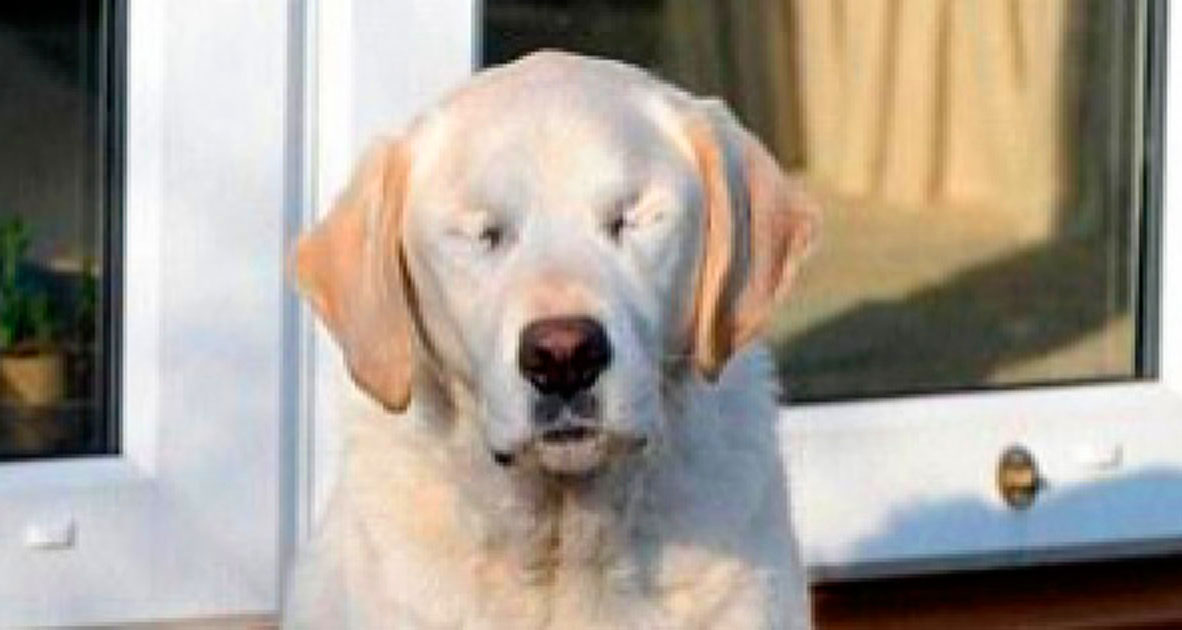 A dog has been considered a person’s best friend for many years. This faithful friend protects us from thieves, guards sheep in the pasture, helps with hunting. And it’s hard to find such a devoted friend. And for blind people, some dog breeds have become second pairs of eyes, being guides for them and following him everywhere.

But sometimes guide dogs themselves can get into such a situation. They lose their eyesight, and many decide to send them to a dog shelter. 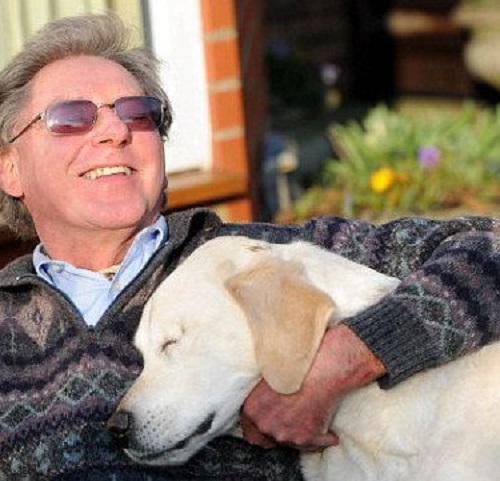 But there are exceptional stories in the world. So, a 59-year-old Briton named Graham Vesp is blind. And for the last six years, Eddie has been his eyes. Eddie is a Labrador male. He began his service to Graham at the age of two. He was specially trained so that a person would not suddenly hit a pole or a low-hanging branch, or get into an accident. 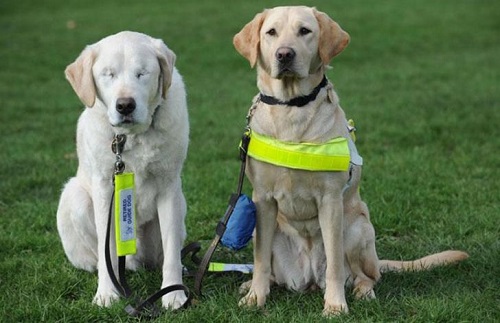 In six years, Eddie and Graham have become real friends. But Eddie was in trouble. Veterinarians found he had a cataract. They did everything to preserve his eyesight, but their attempts were unsuccessful. Eddie stopped seeing with one eye, and soon became blind in the second eye. And he could no longer be a guide for Graham and perform his duties, since he needed an assistant himself.

This was terrible news for its owner. He was advised to get rid of the old dog and give him to a shelter. But Graham loved him and became very attached to him. He could not imagine his life without his pet. Graham considered the very idea of a shelter a betrayal. After all, Eddie is not just an assistant, but a family member and a loyal friend, he can’t just be thrown away.
Graham came to an unexpected decision – to take another guide dog. Last year he had a two-year-old Edward, also a male of the Labrador breed. 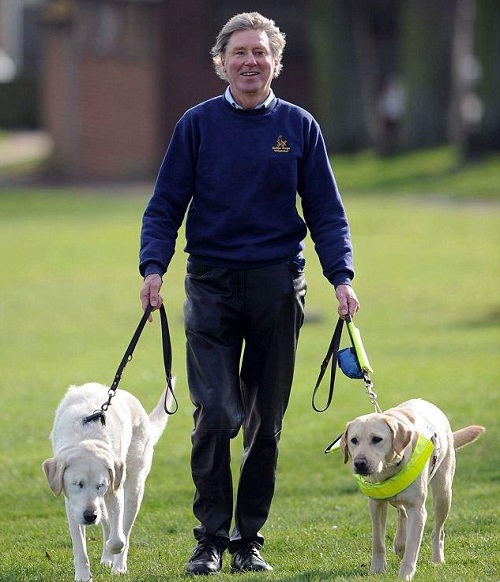 But Edward has a harder time, because he cares not only for a blind person, but also for his colleague.

Graham was worried about Eddie. After all, Edward is young and has a violent temper. The owner thought that the dogs might not be able to get along. But they have found a common language and understand each other perfectly. 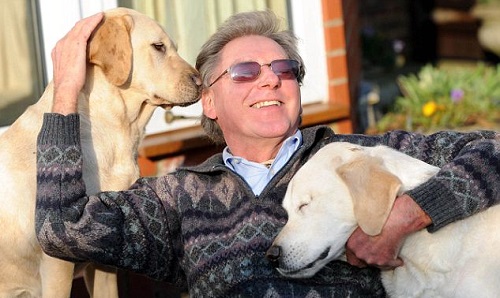 And now Graham has two loyal friends who are always with him during walks. And these dogs won’t leave him in the lurch.