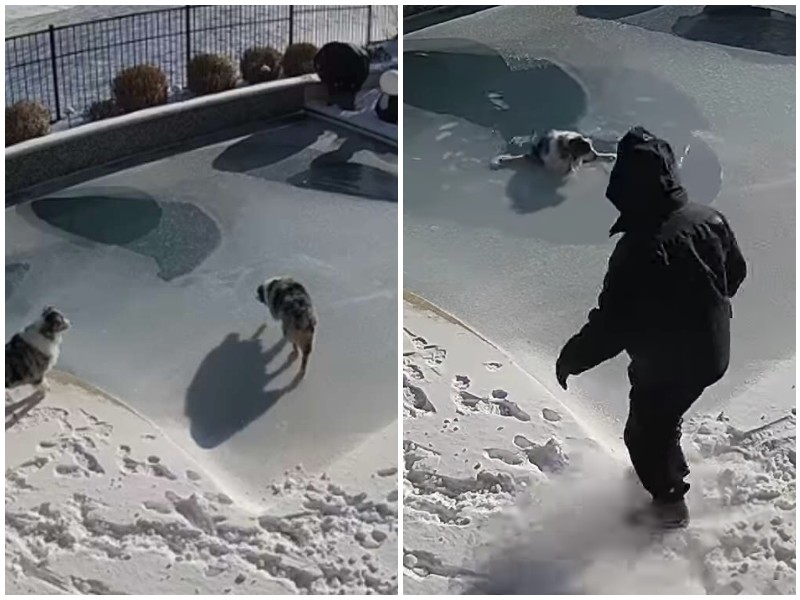 As winter temperatures in the U.S. continued to stay at record lows, some locals had accidents. For example, one man’s dog suddenly fell through the ice in a swimming pool. The owner reacted quickly and correctly!

Texas resident Dan Holmes shared this video from his home surveillance cameras. The man was cleaning his yard that day, where his two dogs were walking, and suddenly one of them, Christie, decided to go out on the ice of the frozen pool. 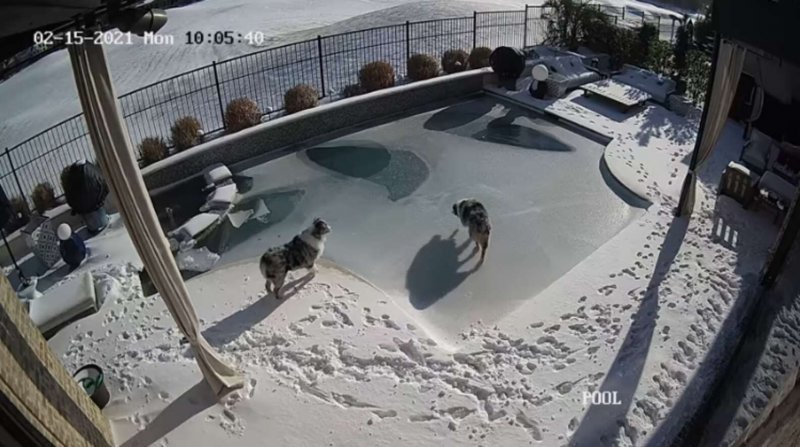 In the middle of the pool, the ice was too thin to hold the dog’s weight, and Christie suddenly fell through. In the icy water, a frightened Christie restlessly started pawing around trying to climb back up, and the other dog became agitated, too. 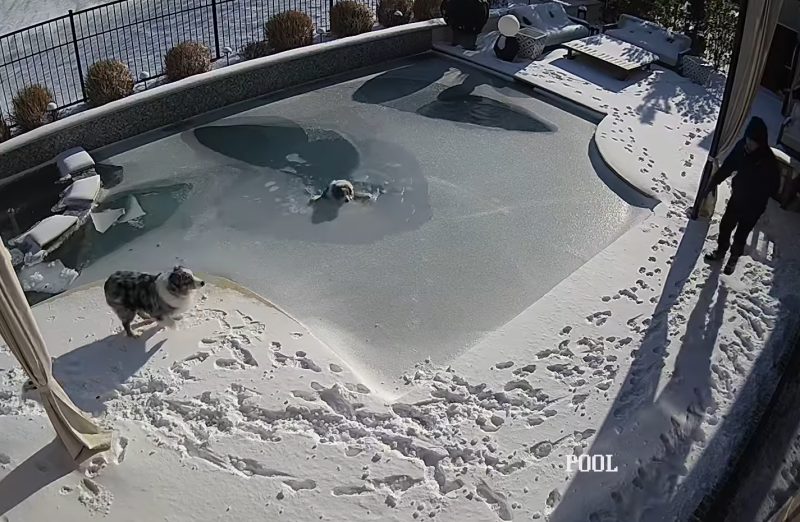 Luckily, the owner saw his pet in time and reacted with lightning speed – he started crawling on the ice to it, but also failed. Then he was able to quickly bring the dog closer to the edge of the pool and it was safe. 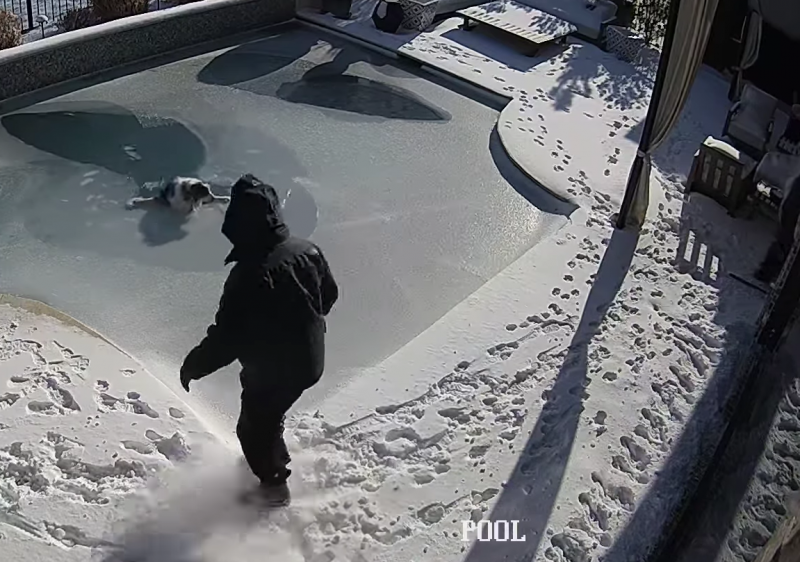 The man himself slipped while climbing out of the pool, and then his wife helped him. 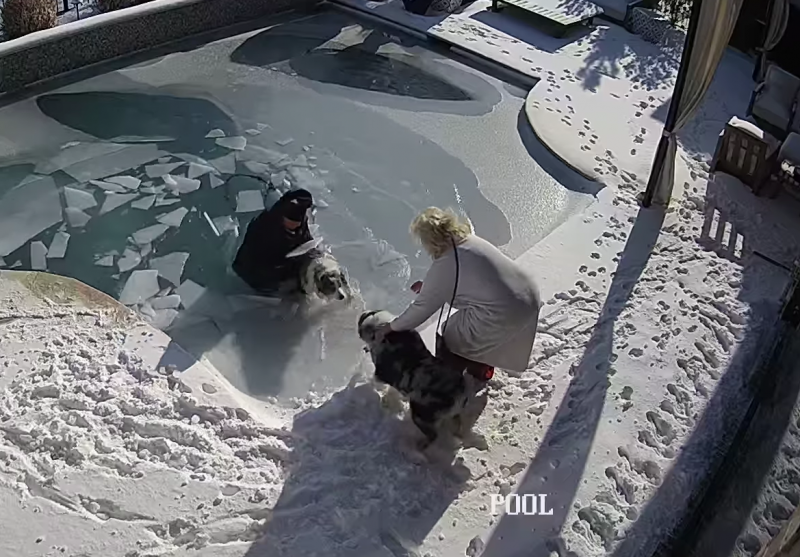 The man later reported that everyone ended up unharmed: “We’re all fine, but we were very cold. Be careful, especially if you have pets. Thank God I was by the pool at the time,” the man said.