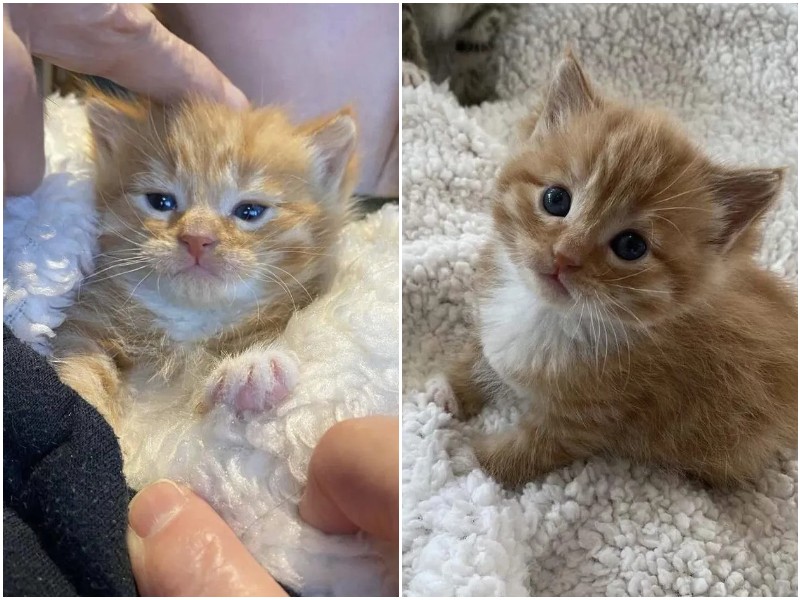 A 3-week-old ginger kitten was found on the streets all alone. The baby was its mother’s only one, but unfortunately, it lost its mother at an early age and was left to the mercy of fate. On the way of this little one, indifferent people met in time.

The residents of the Canadian province of British Columbia picked up this red-haired baby. The tiny kitten was its mother’s only cub, but unfortunately, it lost its mother at an early age. The baby had nowhere to go, and it looked around with frightened eyes. 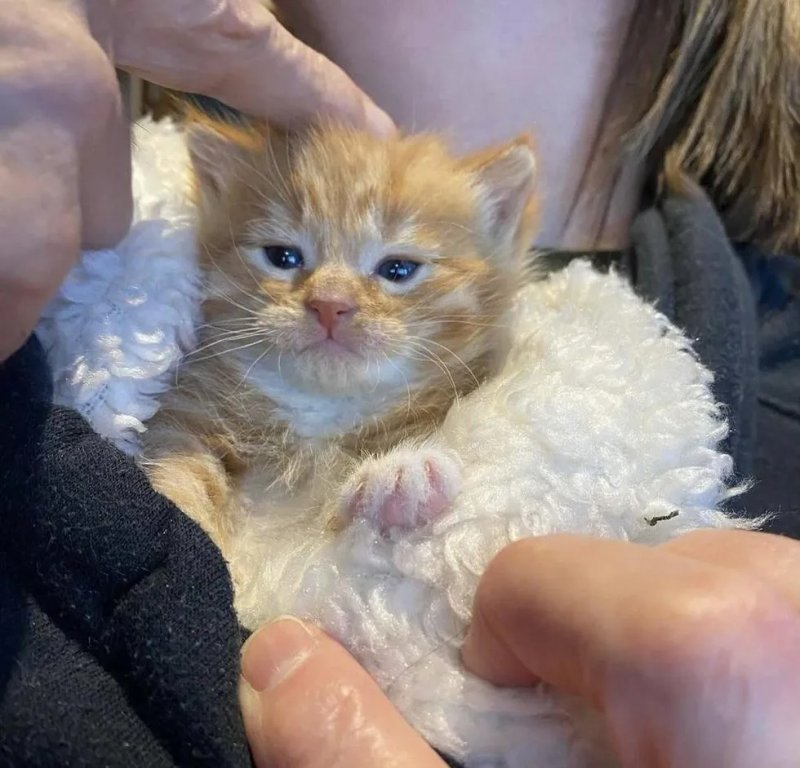 Fortunately, the kitten was found in time. People took it to the local “Paws N Claws” rescue center. A volunteer named Danica temporarily took the kitten in. 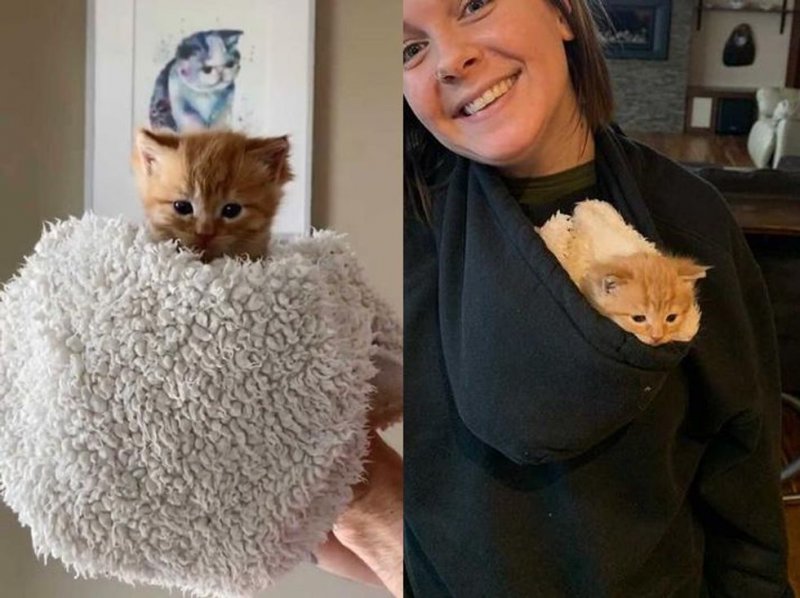 The guardian and her family began feeding the kitten by the hour from a bottle, caring for it, and giving it the love it lacked from its mother. The kitten was nicknamed Ranger Rob and began the path to recovery. 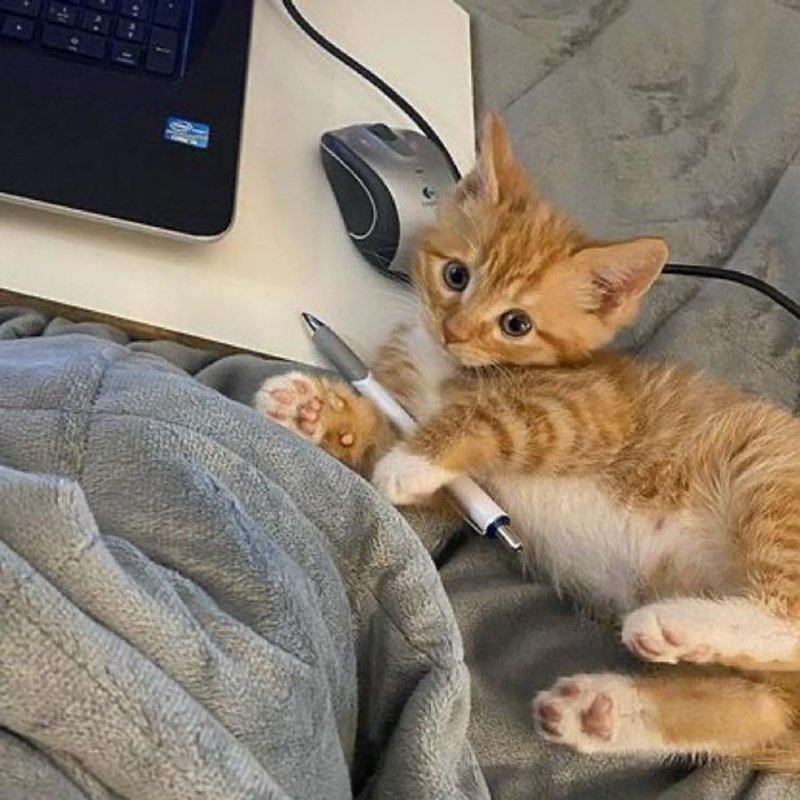 After a while, Rob noticeably perked up and became more active, and also – it was very spoiled. The guardian and the household carried the kitten in their arms from the very first days, and it constantly demanded to be held in their arms. The kitten trusted and loved its guardians, and was always happy to cuddle and ask for affection. 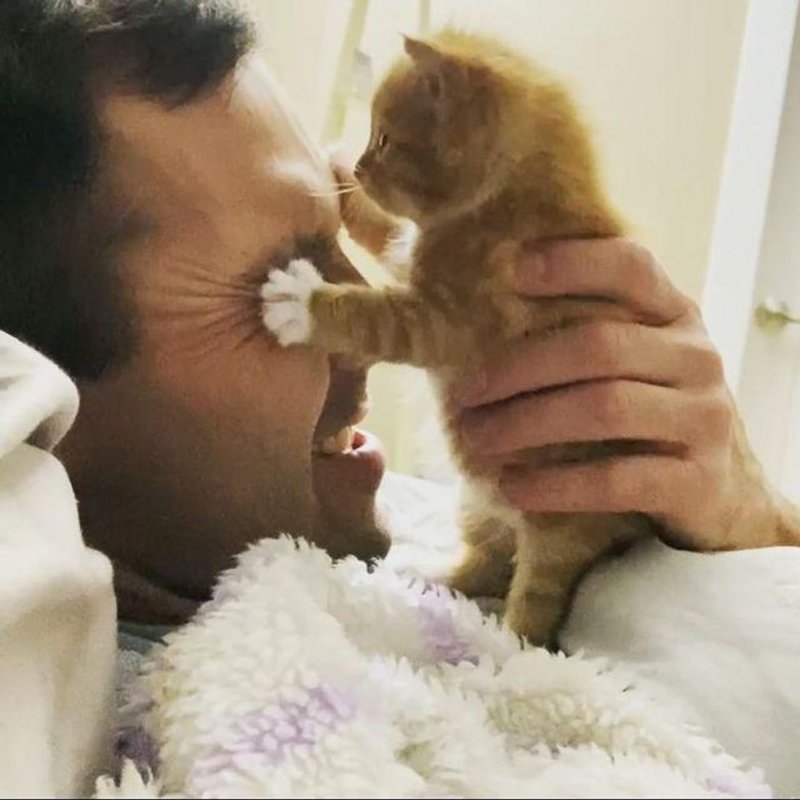 Although Ranger was very young and had been living on the street the whole time, it turned out to be a very sweet, sociable, and affectionate creature. Ranger quickly found a common language with the other kittens at the shelter and became the leader of the cat gang. 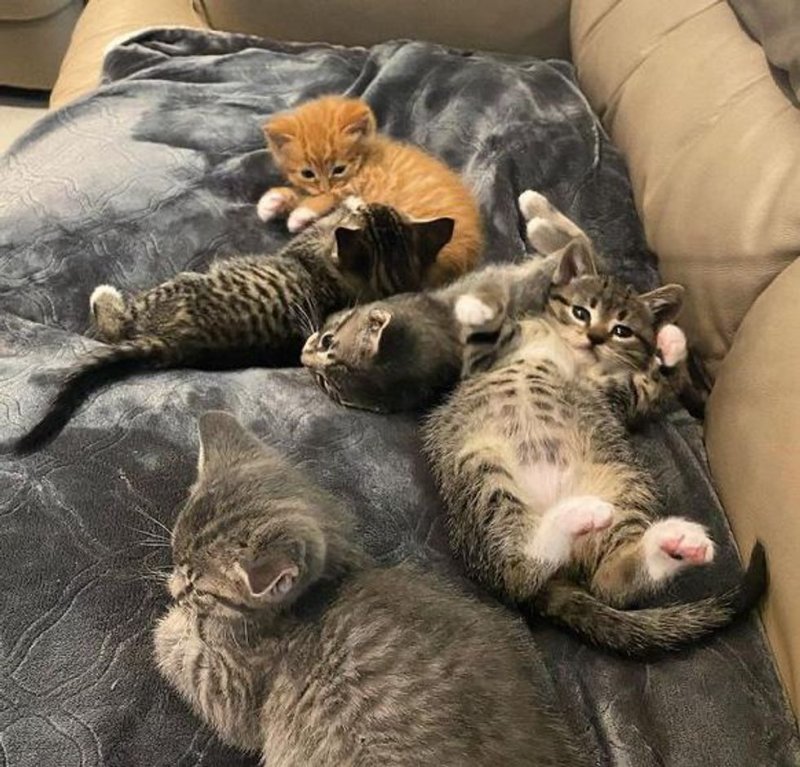 When the little one was old enough, it was time for the kitten to look for a family. They didn’t have to wait long – the baby’s photo had long been noticed by a family. They immediately wrote to the guardian saying they wanted to meet Ranger. 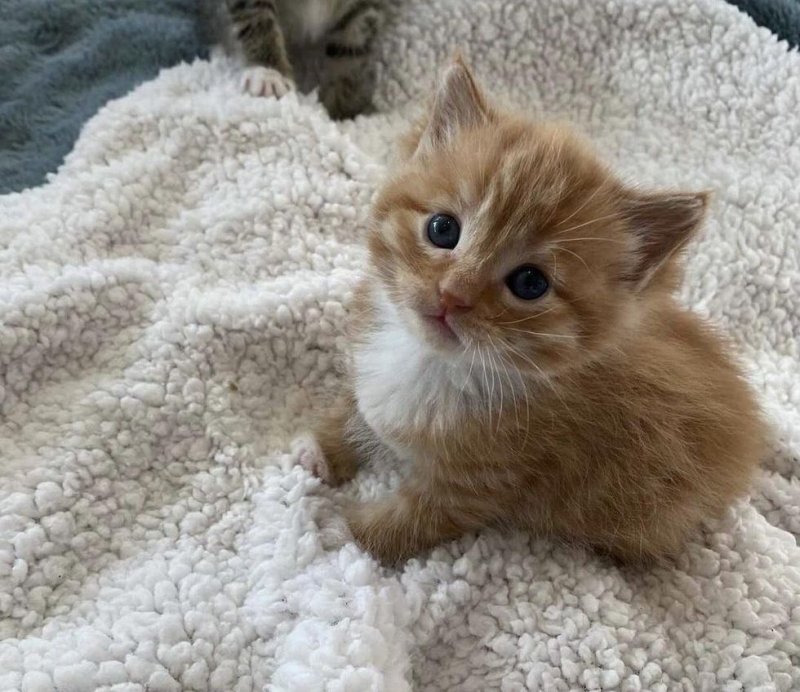 After a successful introduction, Ranger went to a new home. There the kitten got new friends – the owners’ pet cat and a big dog. The kitten got on well with them, and now the trio does everything together. 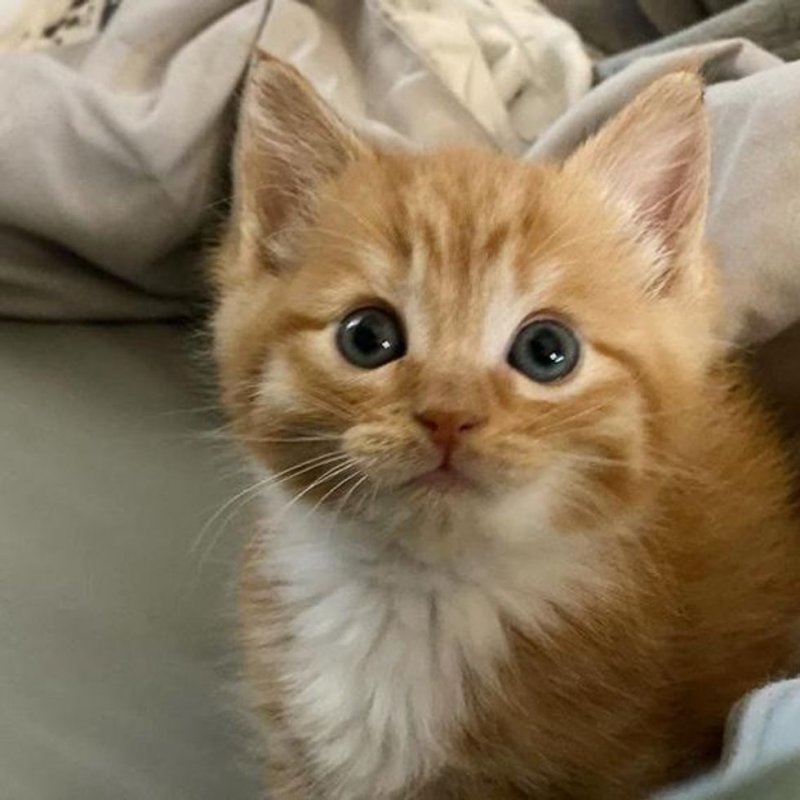 Ranger grew up to be a happy, healthy, full of love kitten. Ranger is a real charmer, and is very grateful to the people who didn’t leave it all alone on the street at one time! 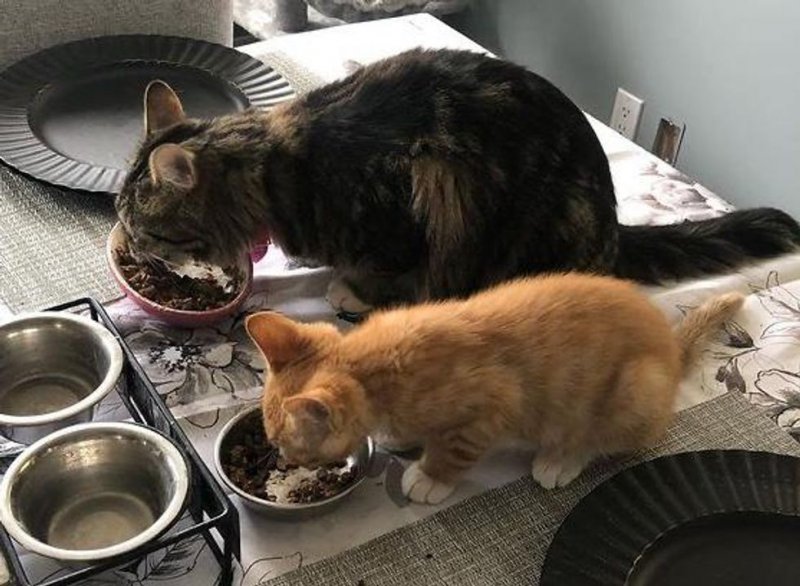 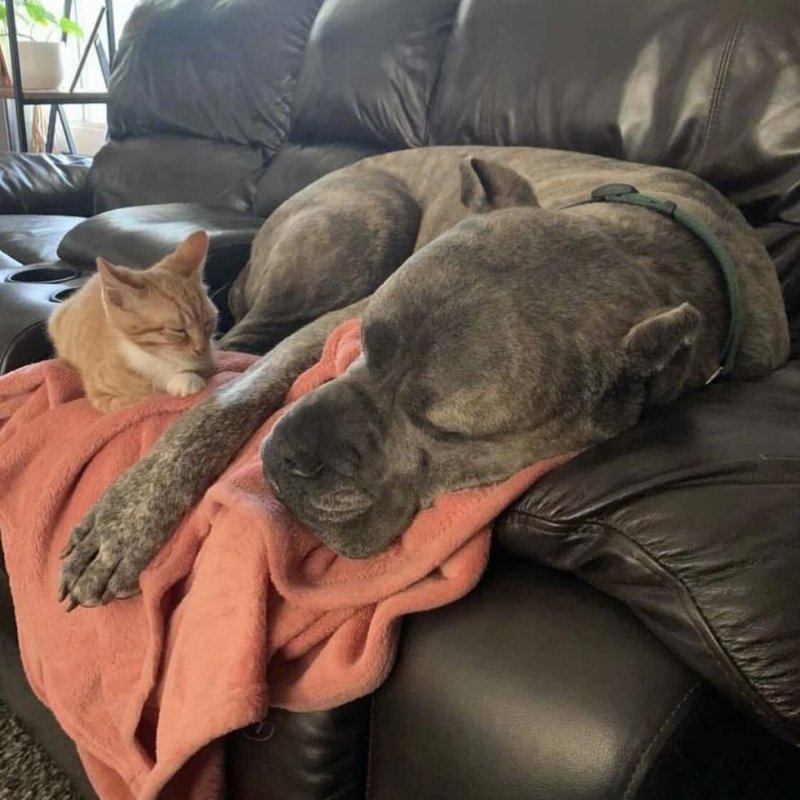