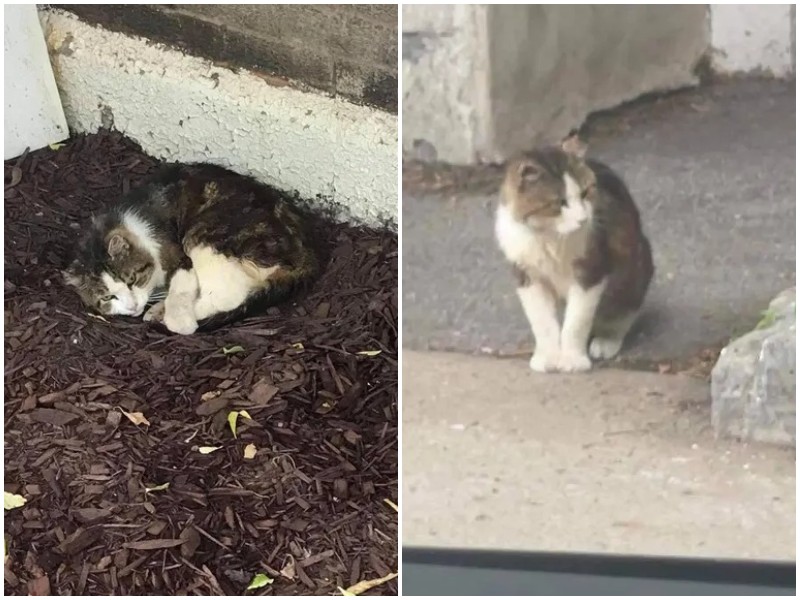 Residents of a Canadian city noticed this old cat on the streets. Judging by its appearance and timidity, it had lived on the street for many years and did not know human affection.

This homeless cat lived for many years on the streets of the Canadian city of Montreal. One day a man saw a cat and started feeding it. He even organized a small bed for it, where the cat often spent time. 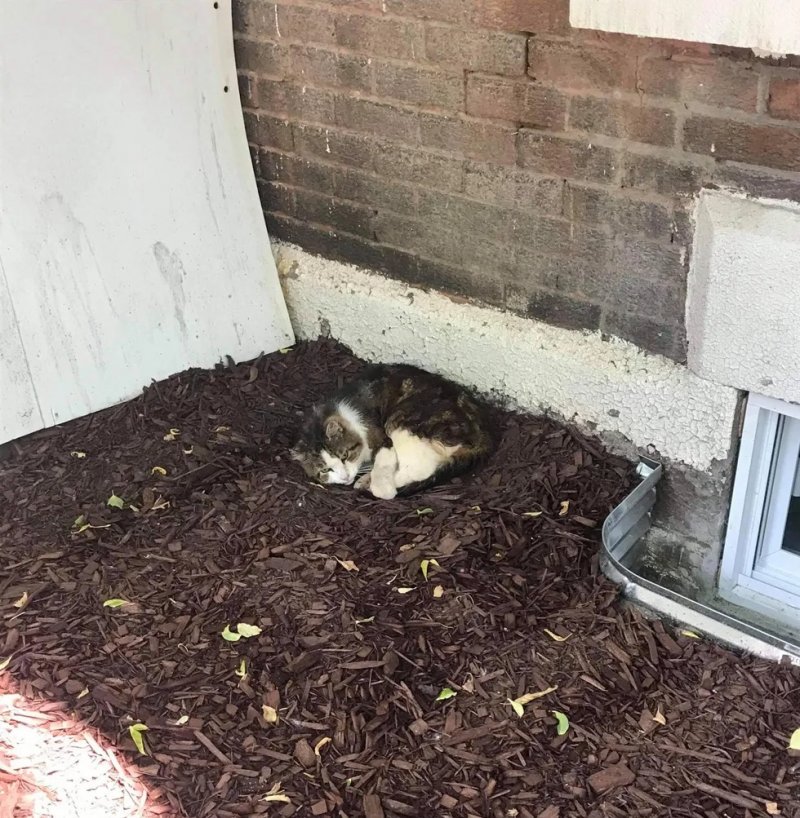 One day a local animal rescuer noticed the cat, and seeing its terrible condition, decided to help. The cat was very afraid of everything around it and did not let people near it, so the woman had to ask for the help of specialists. Volunteers from the Chatons Orphelins shelter arrived and took the cat. 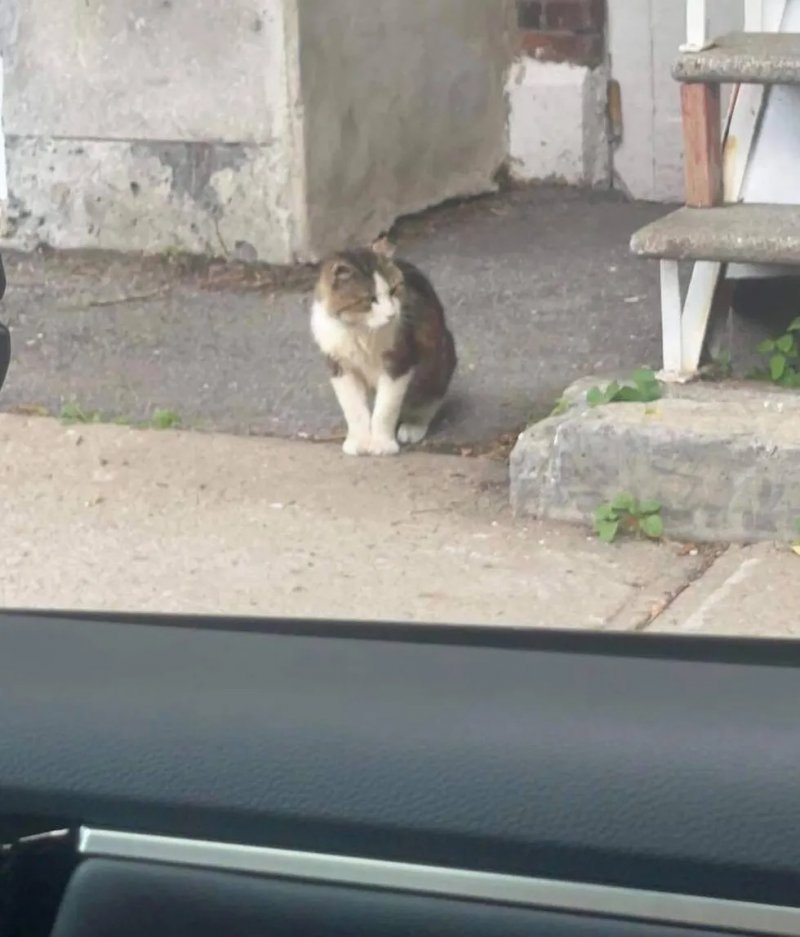 The doctors determined that the cat was about eight years old, and named him Ferdinand. The poor animal had a lot of ailments that appeared due to life on the streets, but the team helped him. Ferdinand underwent dental procedures, began to be fed by the hour, and was given medications. 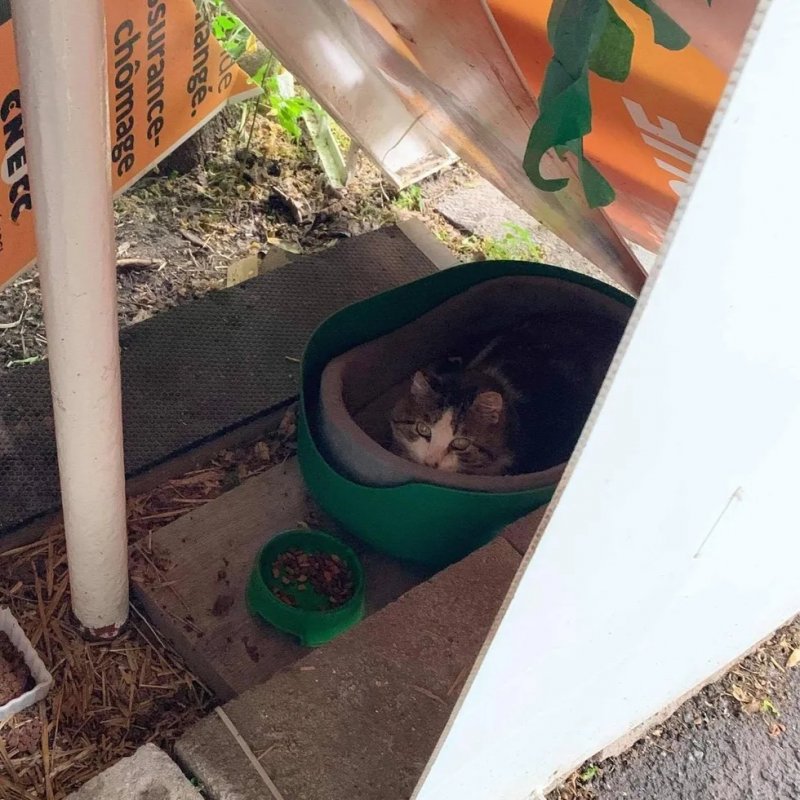 Ferdinand was slowly but surely on the mend, began to gain weight, and became more and more open toward people. A couple of volunteers from the shelter took him in for temporary care. They showed the cat what real human love is, and took care of him from the bottom of their hearts. 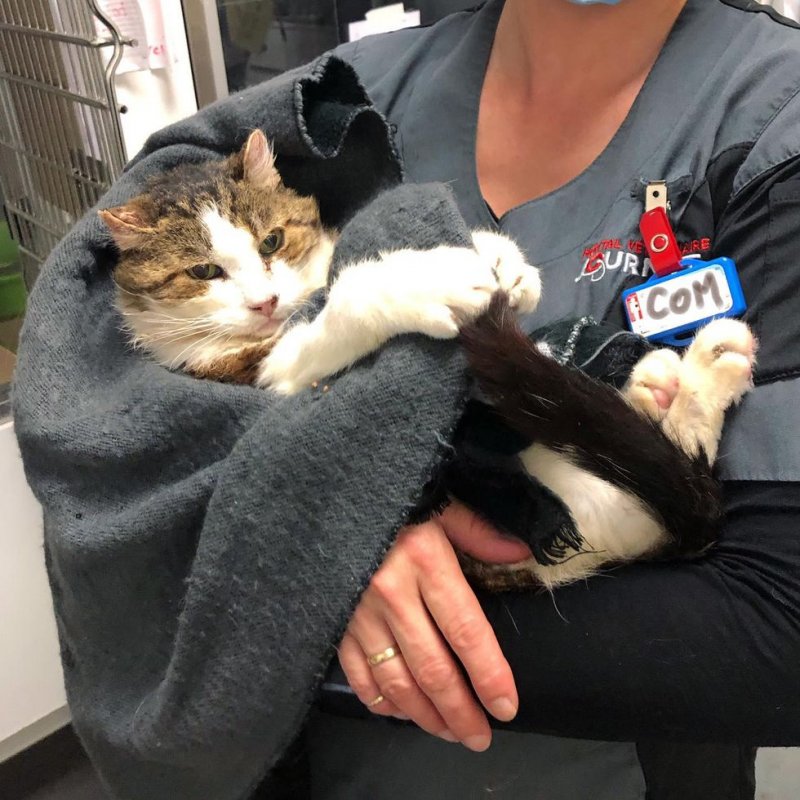 Over time, he stopped being afraid of people, and even began to purr when he was petted-which was already a great progress. He even learned to play with toys, which he probably never did in his life. 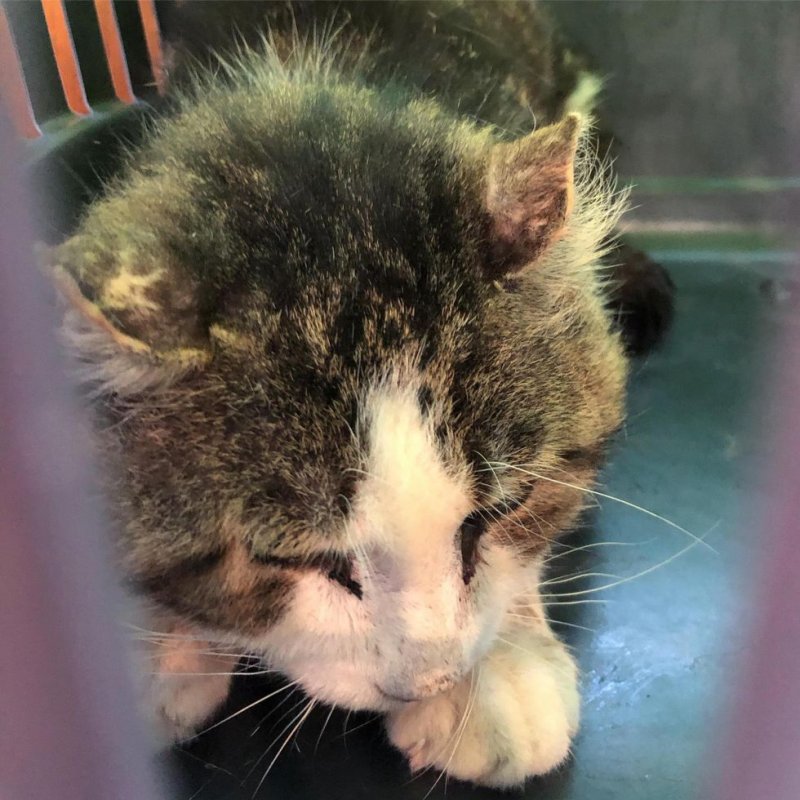 So far, the cat will live with caring guardians, and when he recovers, they will find a permanent family for him. Thanks to the kind people for saving this old cat! 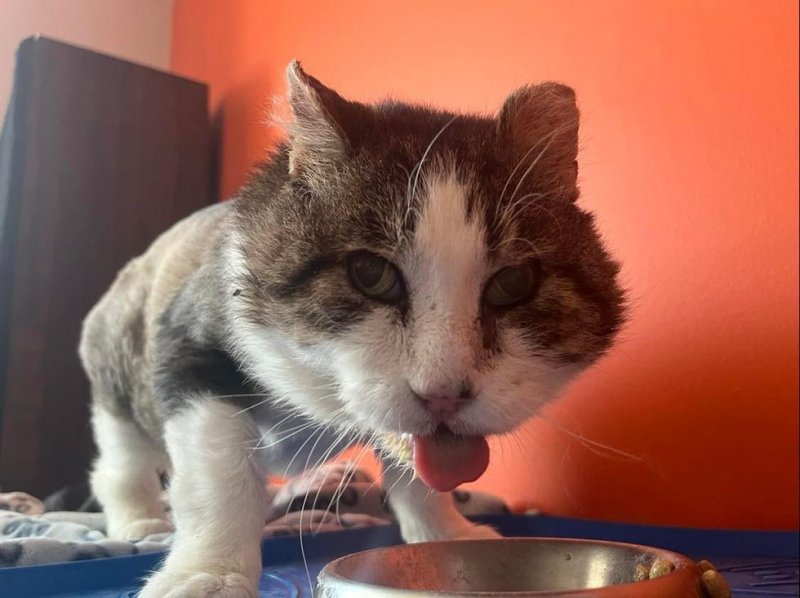 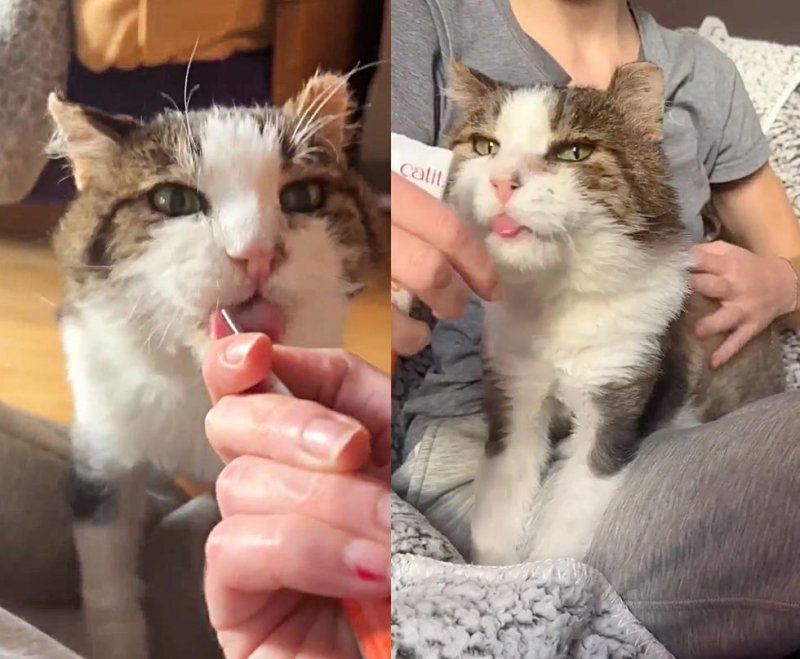 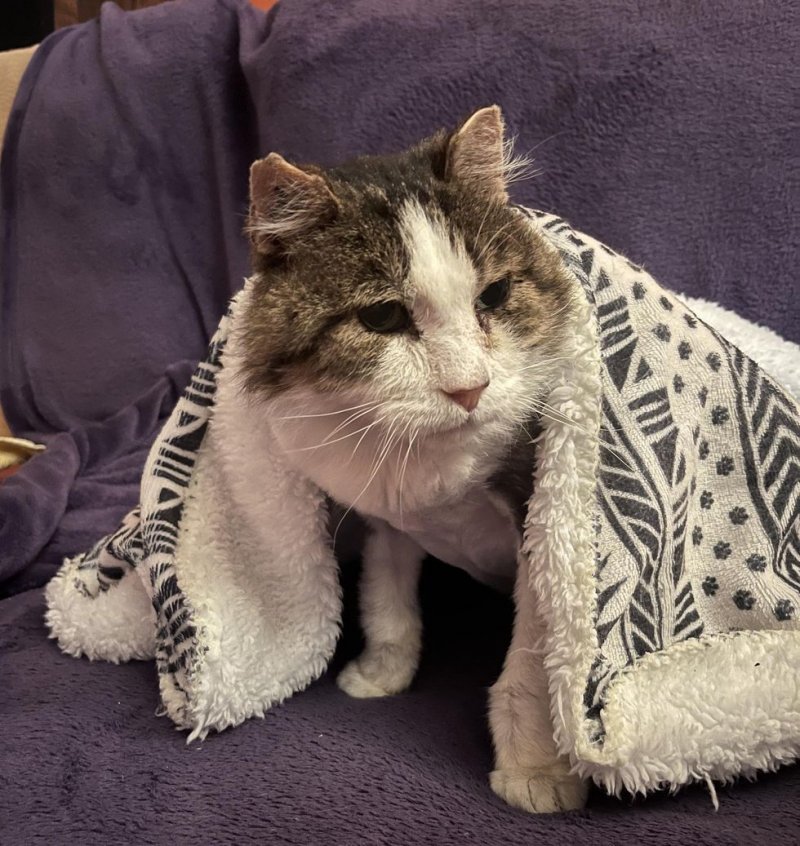 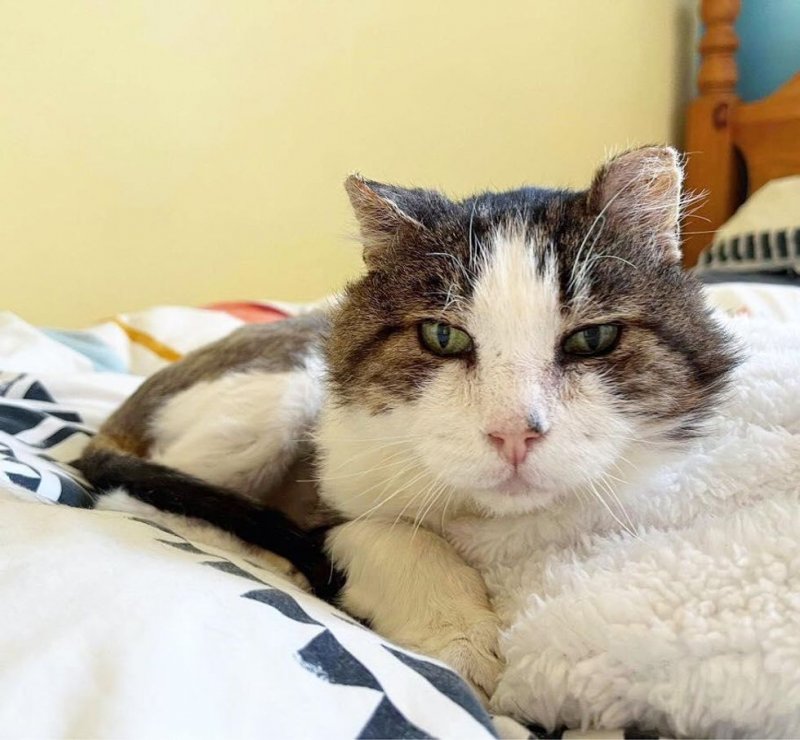