Three years ago, a cat named Tiger appeared in Carol O’Connell’s yard. He was wild and wouldn’t let the mistress of the house near him. The woman could not imagine what a story the cat had!

At first, Carol tried to lure him to her and gain his trust. It was not easy, as the tabby appeared and then disappeared. Despite the fact that the woman and her son fed the cat, he was in no hurry to trust people. All Carol had to do was be patient and considerate.… 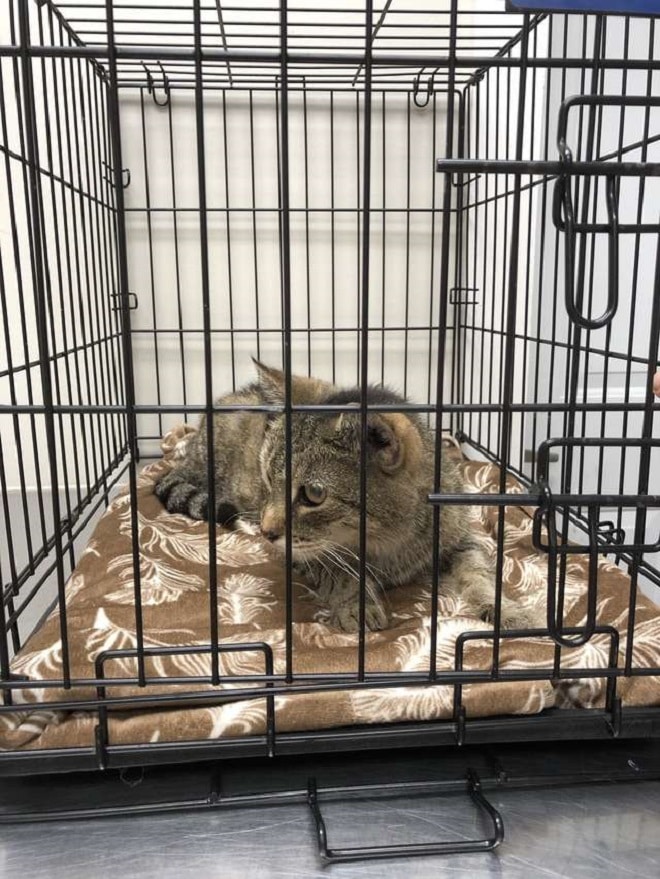 After Carol caught him, she decided it would be nice to show the cat to the vet and find out if he had a chip. To her surprise, there was indeed a small data carrier. What the veterinarians found out completely shocked Carol. It turned out that Tiger disappeared 11 years ago! It seemed like something incredible! 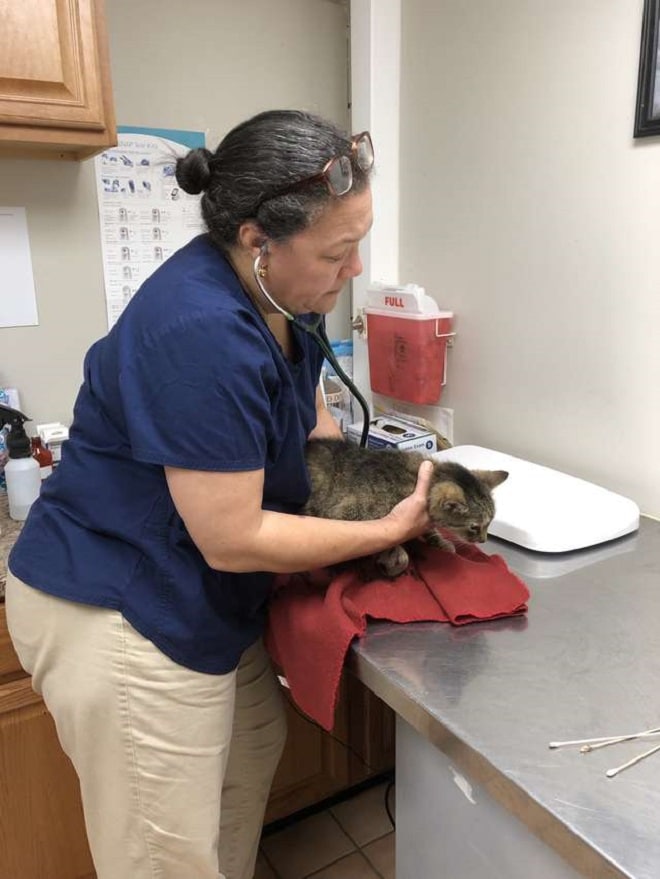 When Carol found out about this, she immediately contacted the shelter, and the staff contacted the owners. The owners of the cat were John and Maggie Welz. When the family was informed that their pet had been found, they could not believe their ears! They’ve been looking for him for so long, they’ve been putting up posters and posting messages on social networks asking for help for so long…

And then such news! 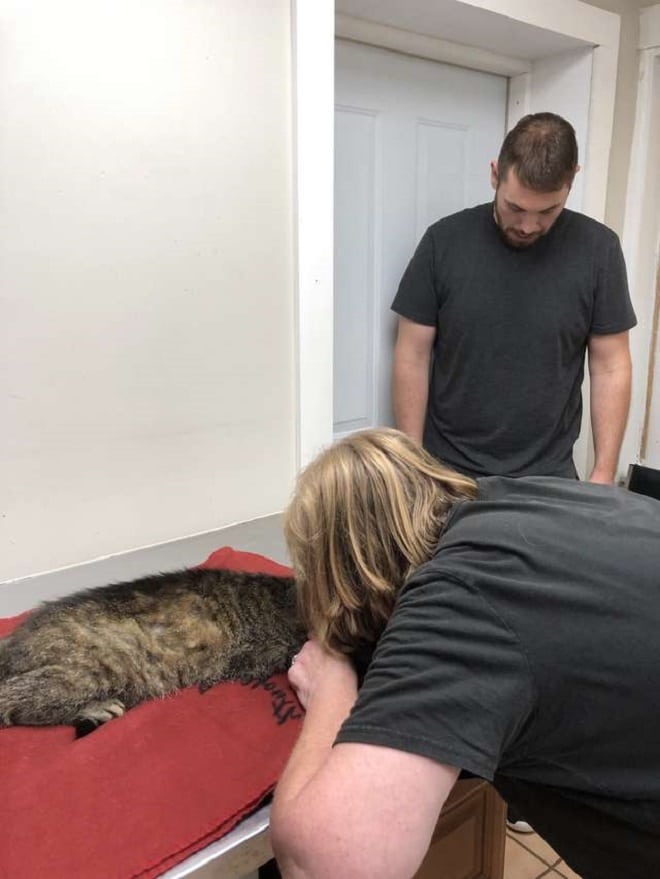 But what happened to Tiger? When he was 3 years old, he got very scared during the Halloween celebration and jumped out of the house. From that moment on, he disappeared and never appeared again. The family was looking for him, but no traces of the cat were observed. The situation became more complicated when people needed to sell their house and move. They asked the new owners to warn them if Tiger suddenly turns up in their yard. 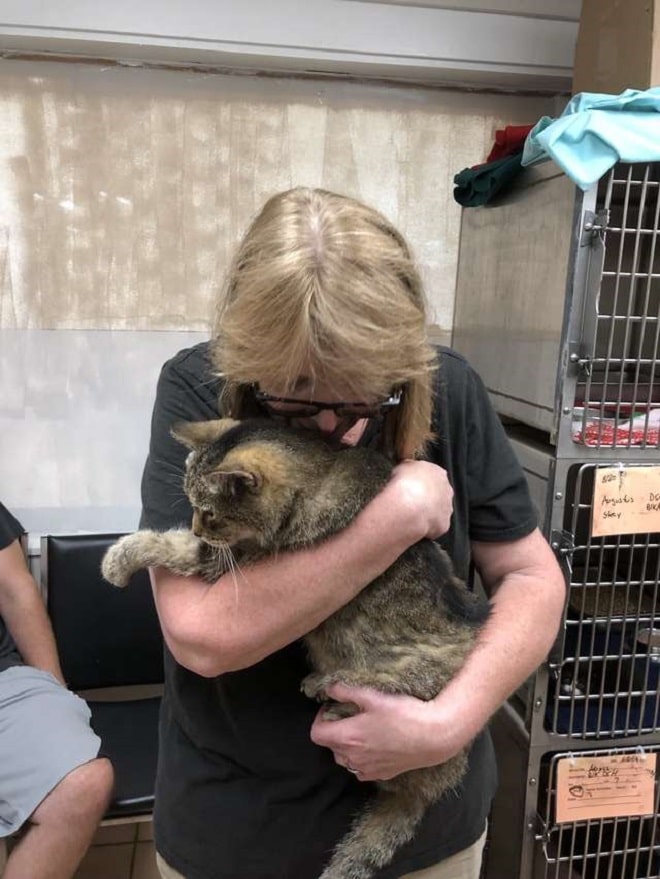 But time passed, and the pet did not appear. Maggie and John understood that they had to accept his disappearance… They stopped looking for him, believing that the cat was dead.

When the pet was found, people were shocked, especially since he turned out to be practically healthy. An inflamed eye and a skin infection, as well as a lack of weight, were completely avoidable problems! 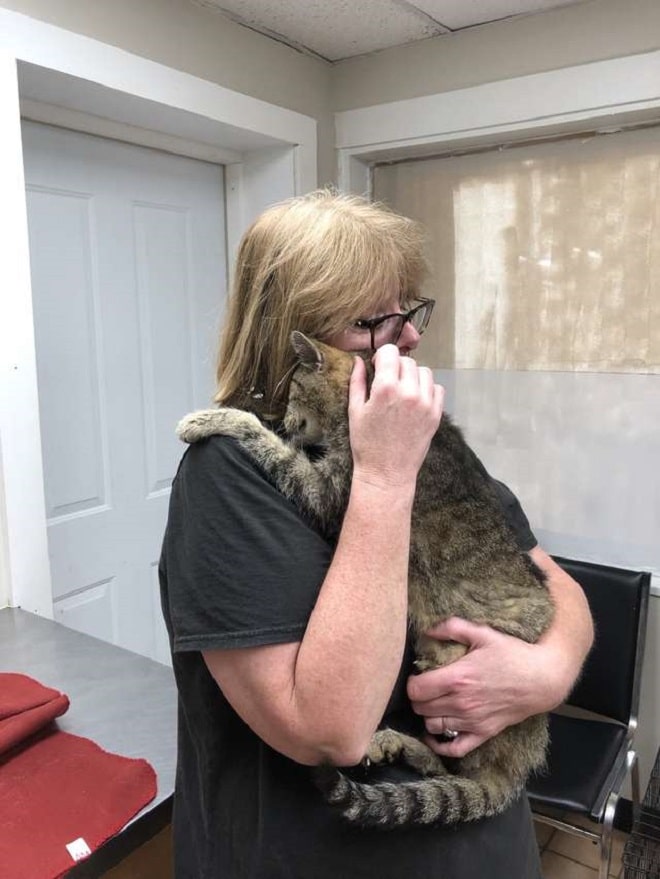 When Maggie found out that the cat had escaped, she rushed to the shelter to see her pet. It is not known if her pet remembered her, but when she hugged him to her, he also began to hug the owner, resting his head on her shoulder… It was a touching meeting, and that day many eyewitnesses  had tears in their eyes.

Now the cat is finally at home with his owners. For many years they were separated, but now they are finally reunited. And this is a real miracle, for which it is worth thanking kind-hearted and caring people!