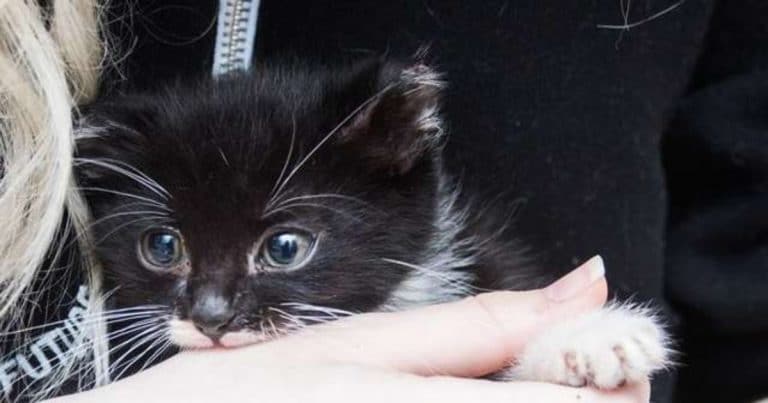 It was six-thirty in the morning when the jeep pulled into the parking lot of the Mobile, Alabama shopping center. A man got out of the car, holding a diaper box in his hands. He went to the pet store, which had not yet opened, and left the box at the door. And then he quickly returned to the car and drove away.

A little later, a woman named Margie Morris came out of a nearby building where there is a shelter for cats. She heard a faint meow, but thought she was imagining it. 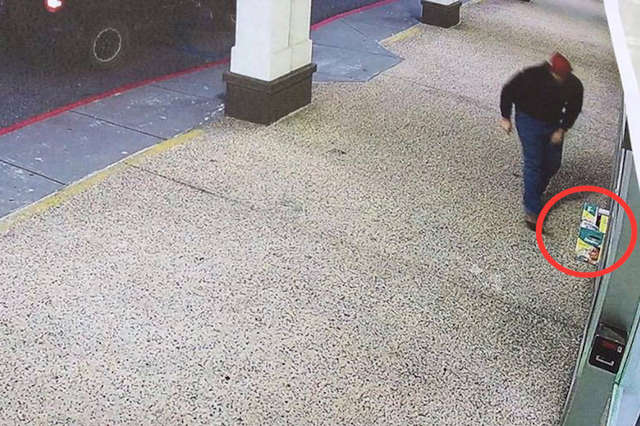 A little later, Margie heard crying again. She returned to the shelter and told one of the employees, Jamie, that a kitten was crying somewhere.

Together, the women began to search the territory in search of the baby. Then Jamie noticed a diaper box at the door of the pet store! 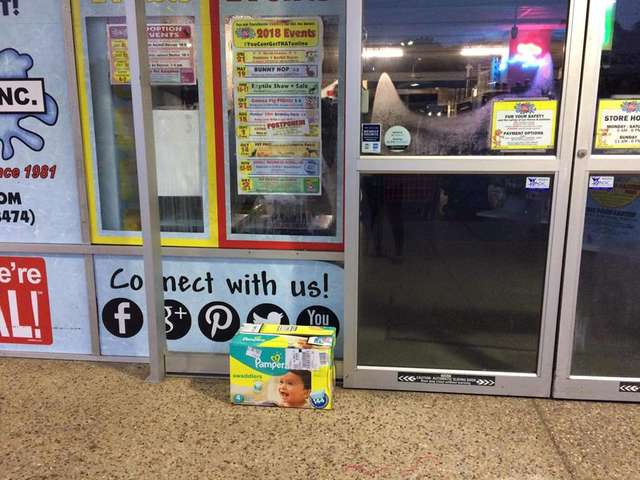 Inside the box sat a small, scared and wet kitten, who was about five weeks old. The baby was immediately pulled out, wrapped in a blanket and put a hot water bottle to it so that the baby could warm up.

To think that if Margie hadn’t gone out to buy a cup of coffee, the kitten would have stayed in the box until the store opened. 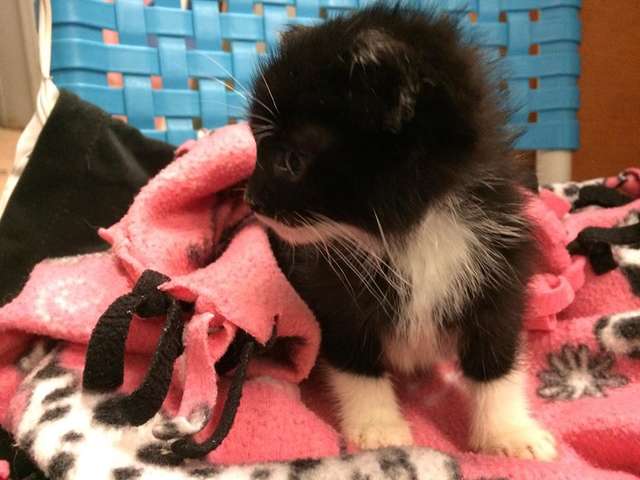 On the same day, the staff of the pet store showed Margie the CCTV footage. Unfortunately, it was not possible to see the face of the man who threw the kitten, as well as the license plates of the car. 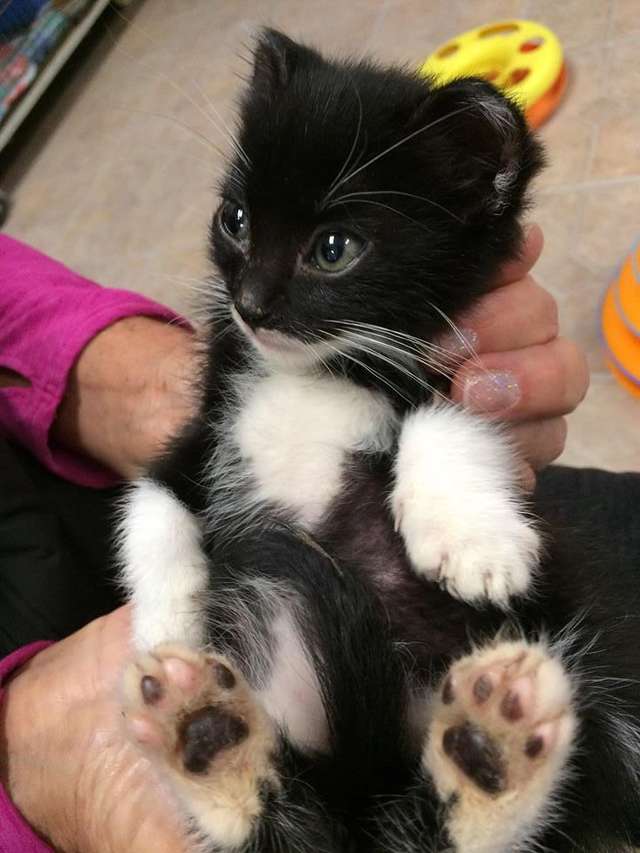 Alas, this is not the first cat that was abandoned under a pet store. It turns out that another 40 pets found themselves in the same situation this year.

The volunteers did everything possible to ensure that the foundling did not need anything. He was given the nickname Bing. 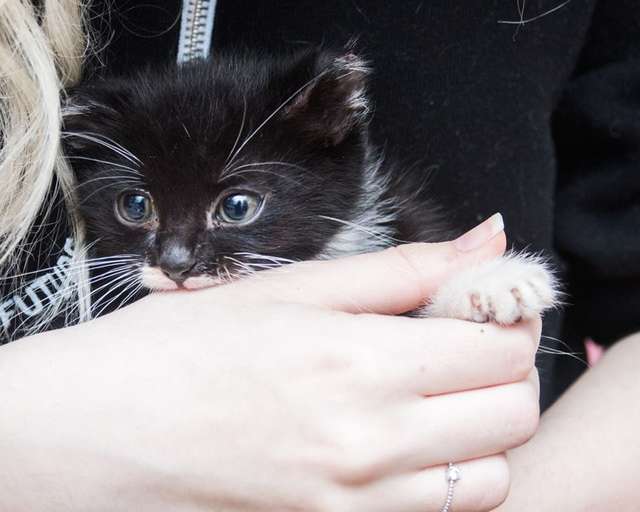 The baby is very affectionate and will be able to win over anyone. However, the crumbs have health problems. He was found to have a mild form of lichen and a fungal infection. As soon as the baby is fully recovered, they will start looking for a home for him.