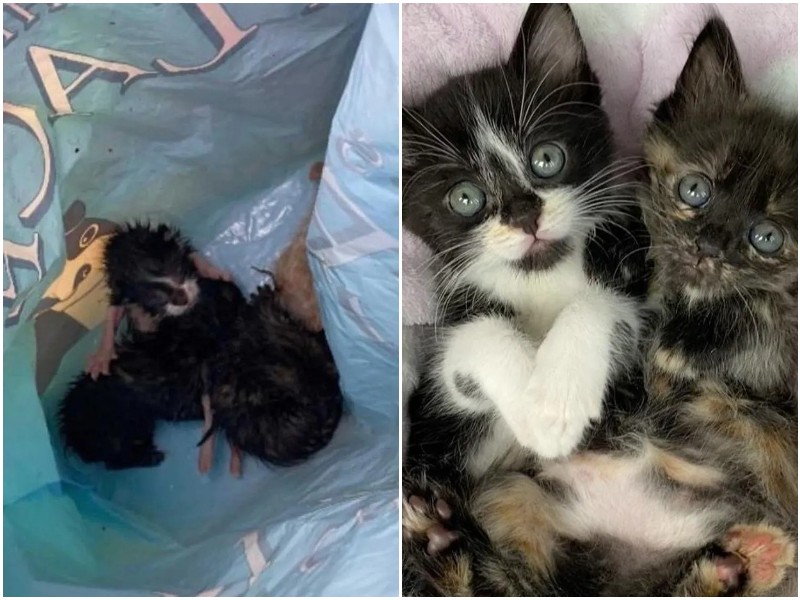 A passerby in the Canadian city of Toronto accidentally heard a cat squeak near the road. He decided to find the sound source and saw a plastic bag with tiny kittens crying inside. 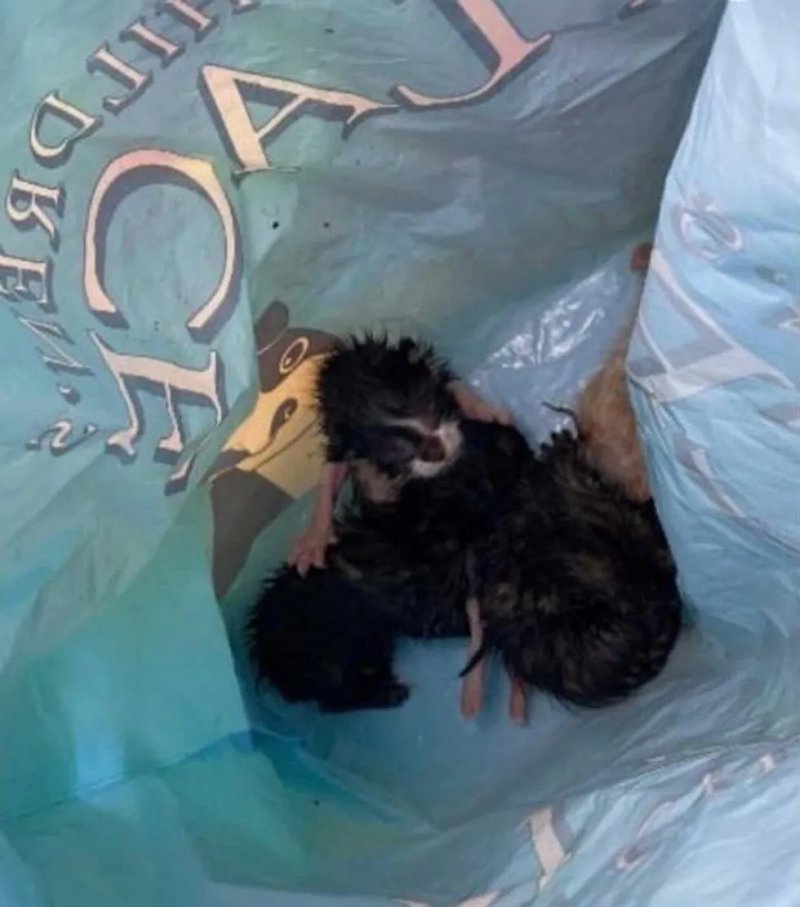 The man saw several tiny kittens in the abandoned package – they were desperately squeaking, huddling together, and calling for help. He couldn’t believe what he saw and immediately took the kittens home.

He and his daughter took care of the babies and left them at home for the night. Since the family could not leave the kittens in their house, the following day the animals were taken to the Toronto Humane Society shelter. They determined that the kittens are only about three days old. 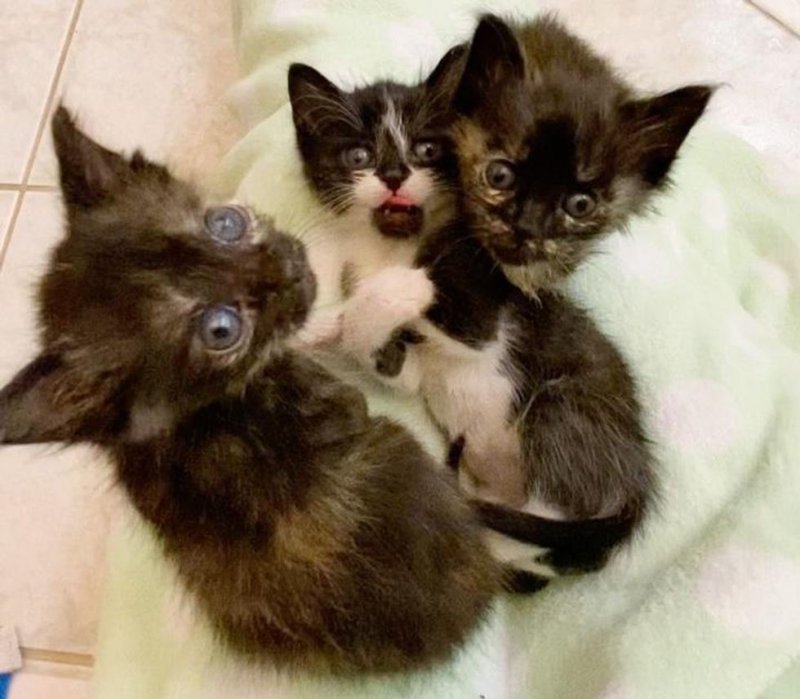 Volunteers began to actively restore the kittens’ health – after all, it was on the line. But fortunately, all three kittens got out of this condition and turned out to be brave. From the second week, their eyes opened, and when the kittens became stronger, they began to crawl and explore everything around. 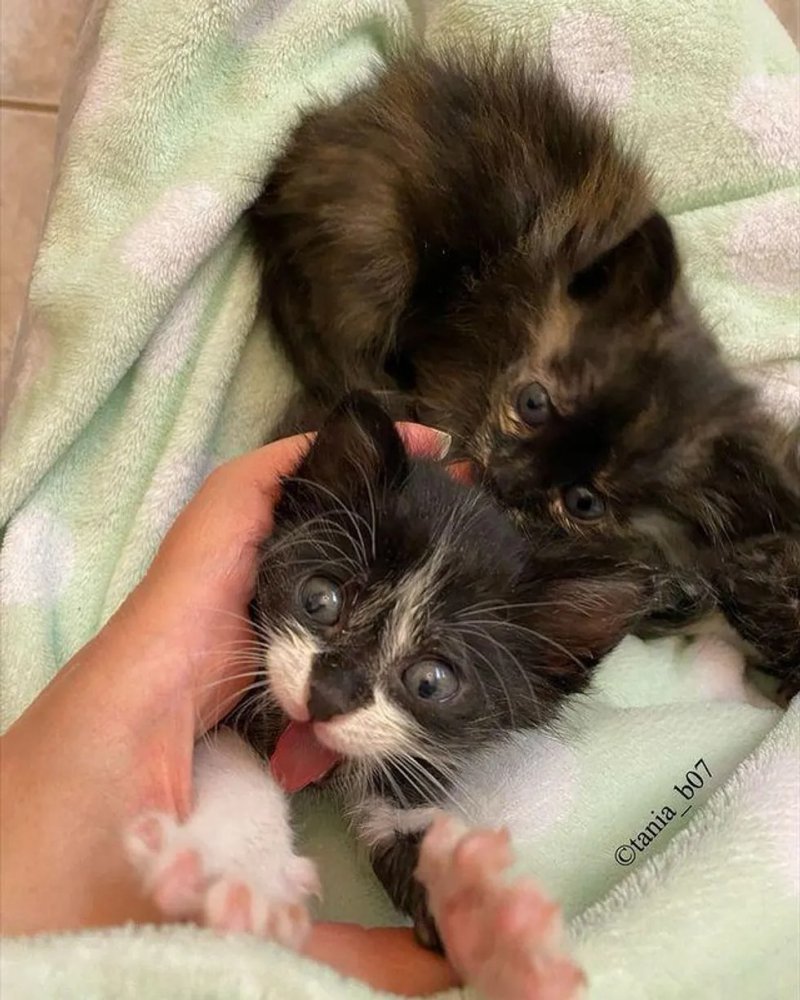 The kittens quickly got used to the guardians, and each time they asked for affection from them. Also, two brothers and one sister were very attached to each other and spent all the time together. When they were old enough, they started playing together and running around the guardian’s house. 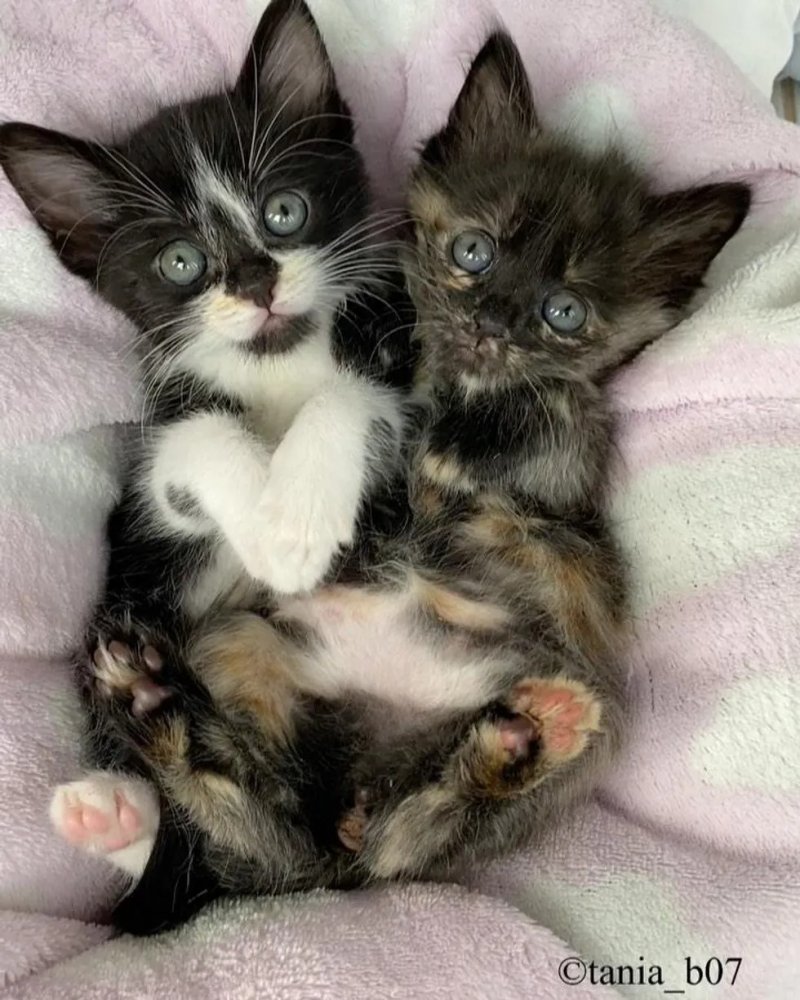 When the time came, they started looking for permanent homes for all the kittens – and fortunately, they didn’t have to wait long! All the babies have found loving owners. The tortoiseshell kitten was given to the same family with a red-haired adult cat, with whom he immediately became friends. 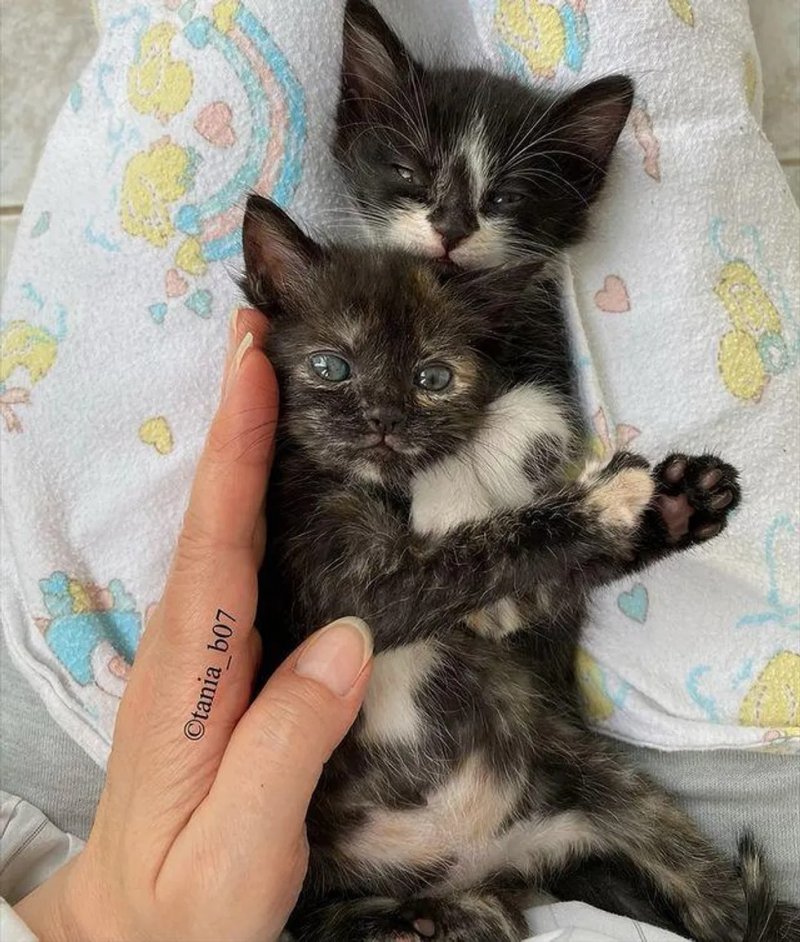 Two other kittens were taken to the same family. They became very close during the time of temporary care, and the guardians did not want to give them away separately. Now the babies are together – and together they rejoice every day. Thanks to the kind people who once gave life to all these babies! 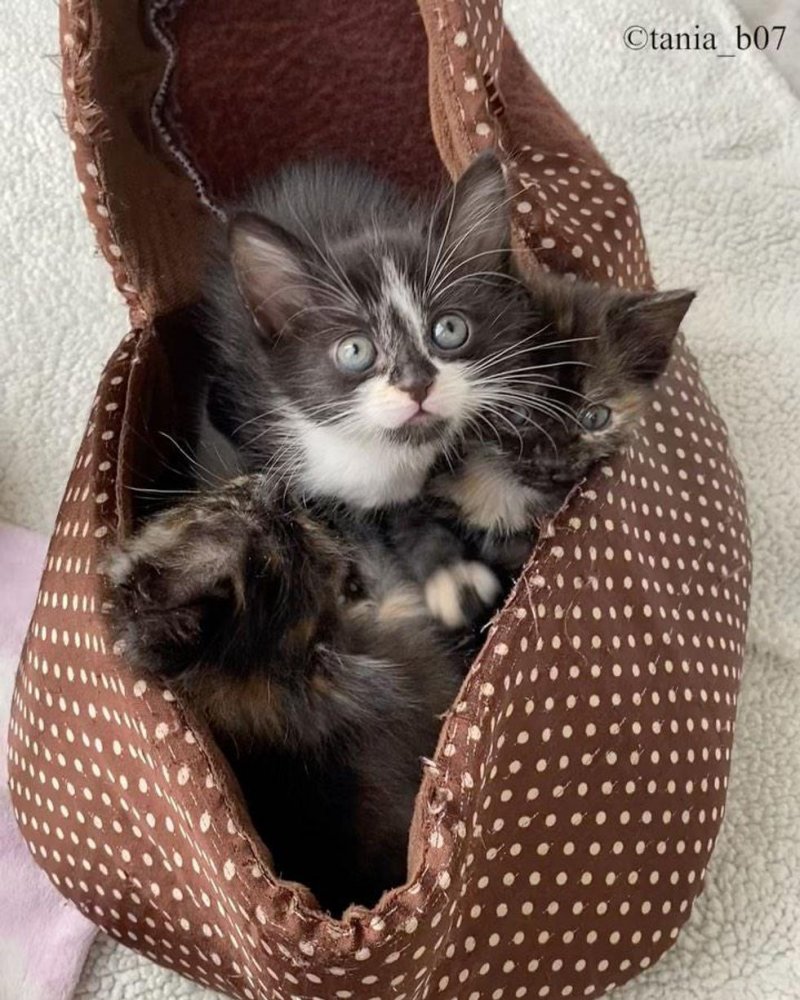