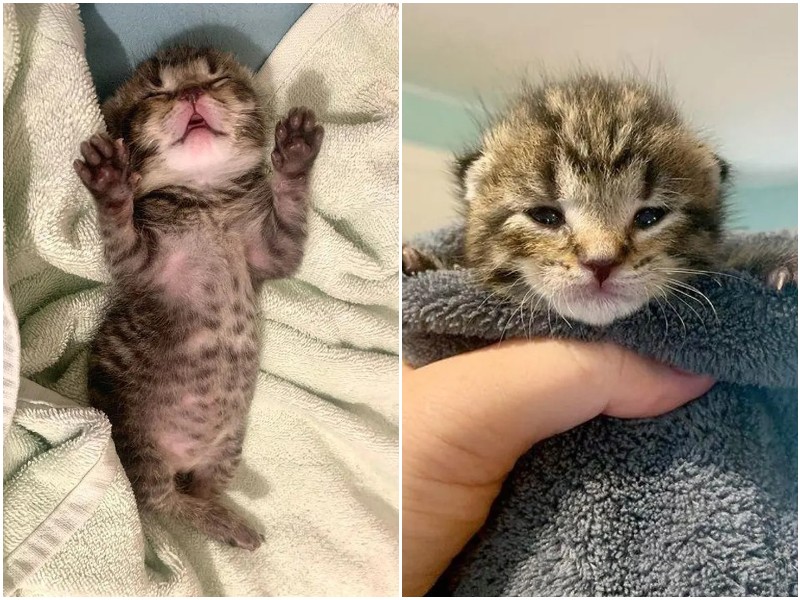 This baby was noticed all alone – she was just born, and her mother was not around. The poor thing was thin, weak, and scared. People were even surprised how such a little baby could survive alone on the street. This tiny kitten was picked up in Minnesota, USA. The poor thing had just been born, but her mother was not around and there was no one to take care of her. The kitten squealed loudly, hoping to be noticed. 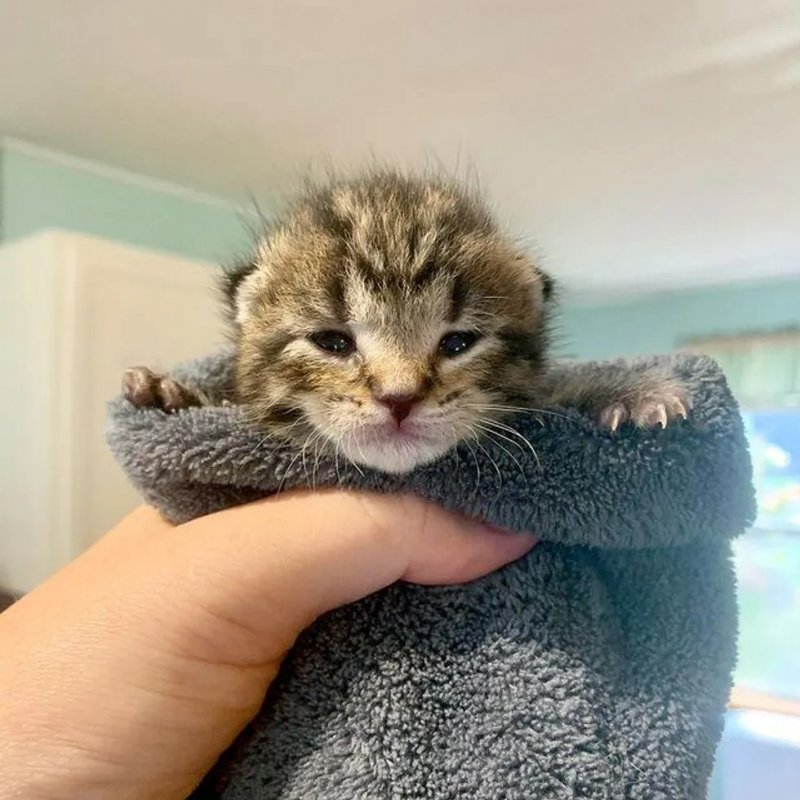 When people found her, they searched and waited for her mother, but she never returned. Then they decided to transfer the kitten to good hands – to the local Humane Society of Otter Tail shelter. They determined that this is a girl, and she was only 10 days old… 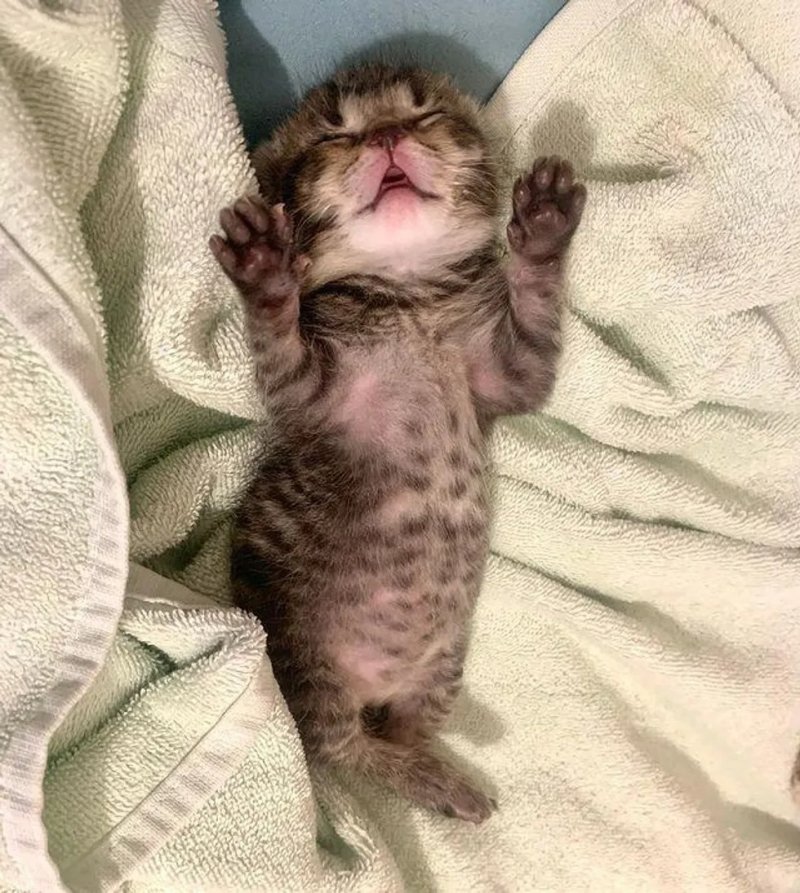 The baby was named Fergie, and a place of temporary care was found for her. She was picked up by a shelter volunteer named Jenny. The girl was shocked how such a tiny baby could survive on a dangerous street without a mother. Among other things, the cat was severely underweight and needed to be fed by the hour. 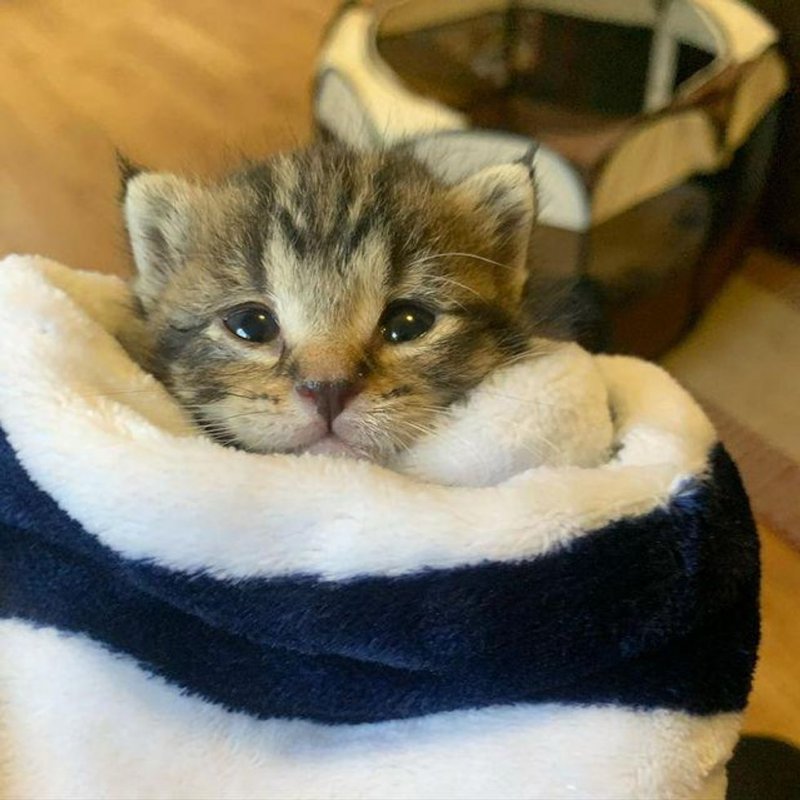 The guardian fed Fergie every hour from a bottle, and after feeding – wrapped her in a warm blanket. The little one really liked this process, and she endlessly thanked the guardian with a purr. 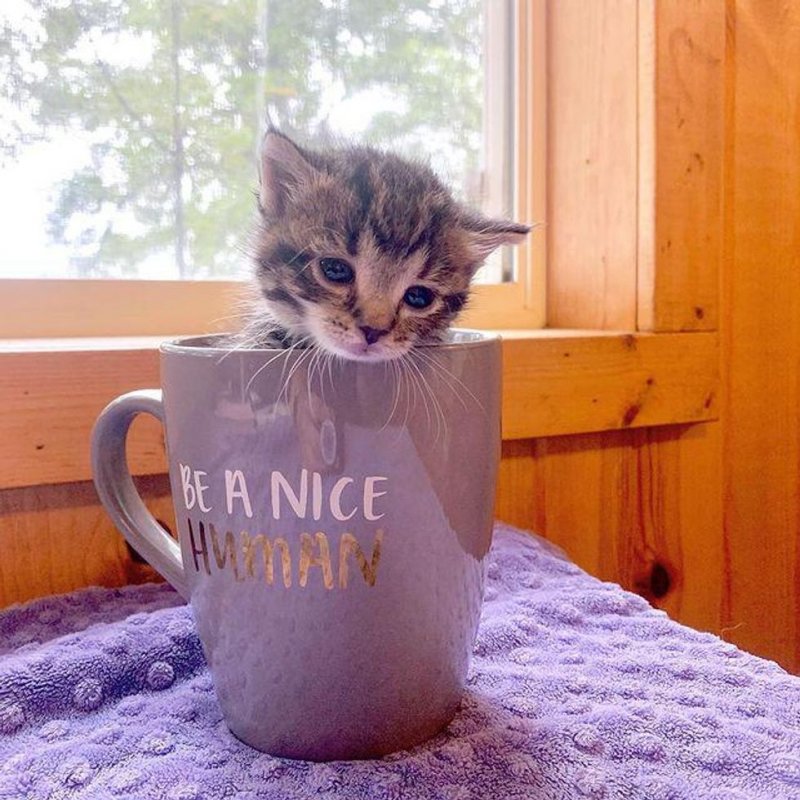 Fergie had a great appetite, and she quickly began to gain weight and get better. She’s come a long way in just a couple of weeks. She was healthy, active, loving, and playful. 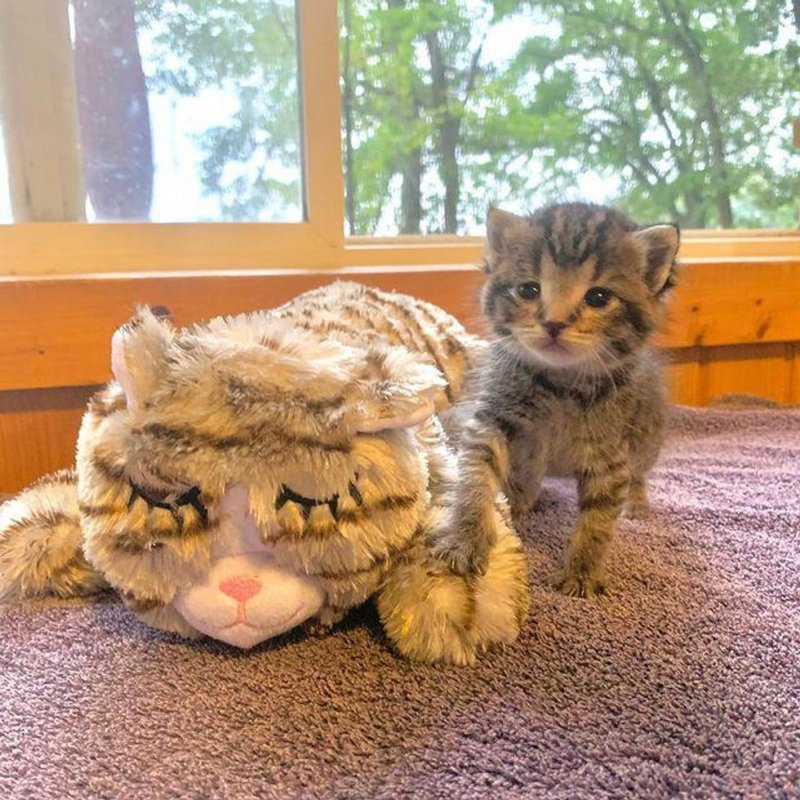 Soon, the miniature kitty began to crawl with might and main and explore the area, play more, and of course, loudly ask for affection from the guardian. This beauty is now 5 weeks old! 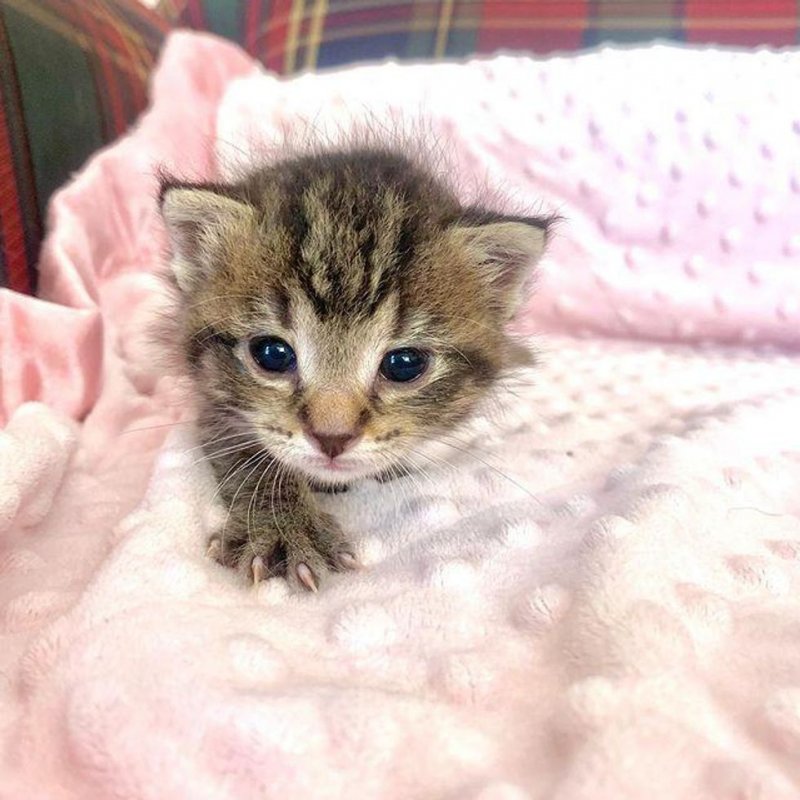 Fergie has become very friendly with the guardian’s pet cat – he takes care of her like his child, and the cat only rejoices at such attention. Soon they will start looking for new owners for her. 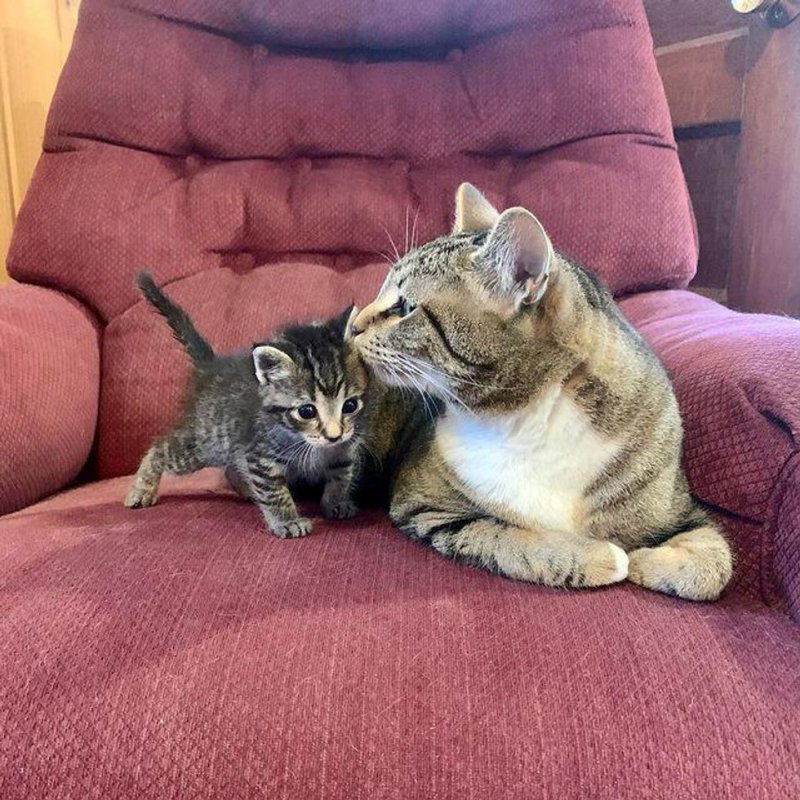