As a parent, taking care of their children is usually arduous, and it seems that not only people have to cope with this burden, but also animals. But no one proves it better than that poor lion dad. Father of five children, this majestic lion may be the king of the jungle, but when it comes to parenting, he looks as helpless as his prey! 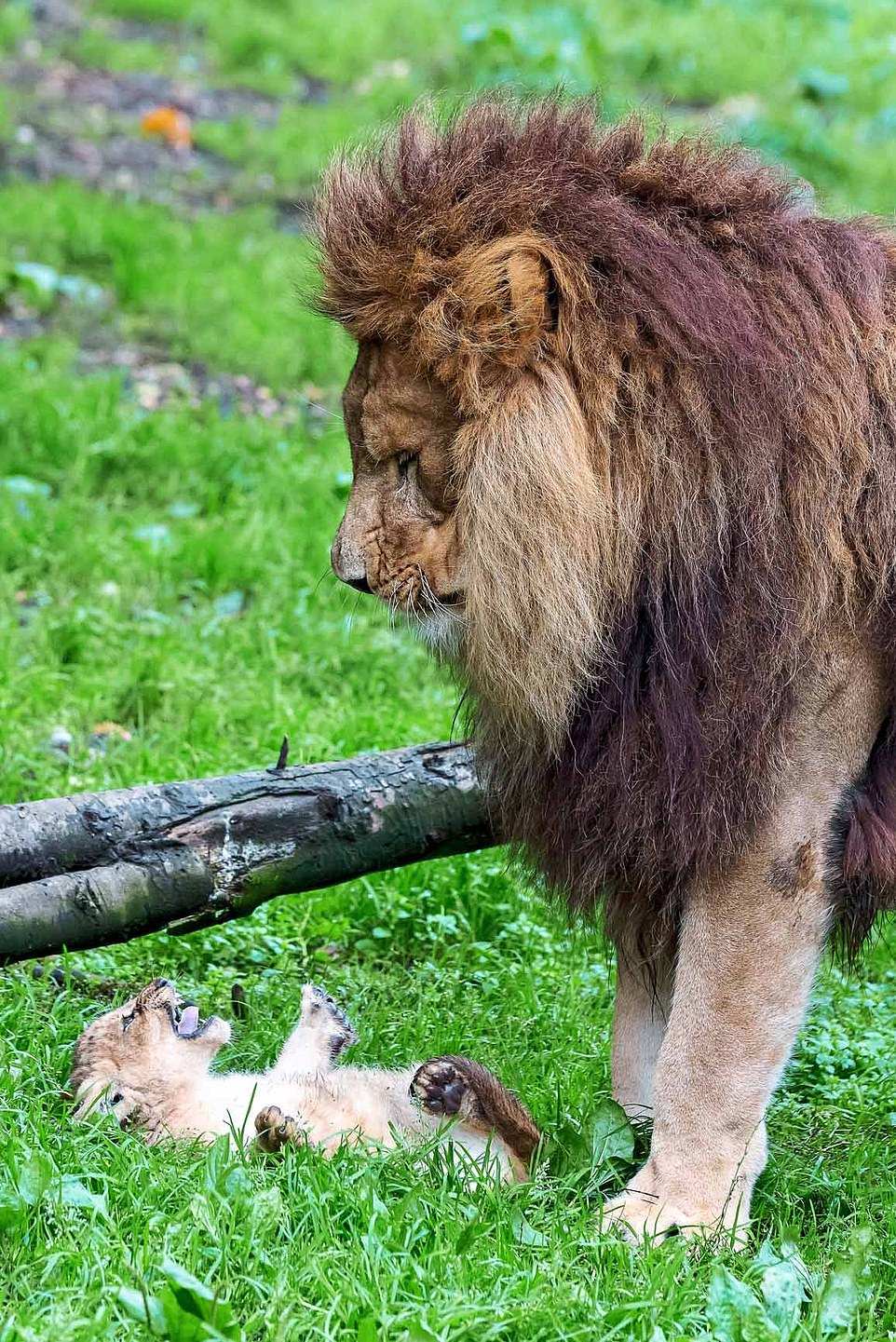 In a series of rather cheerful photographs, a lion was caught on camera, desperately trying to look after his energetic cubs while their mother was away from her family. Although he does seem to be doing his best, the male named Singa is far from being as bossy with his little ones as he is with the rest of the pride. The five naughty cubs are giving him a headache.

After nearly a week, JJ fully recovered and she returned to her cubs who were happier than ever to reunite their mom. But, honestly, I don’t know who was happier, the cubs or their dad?!