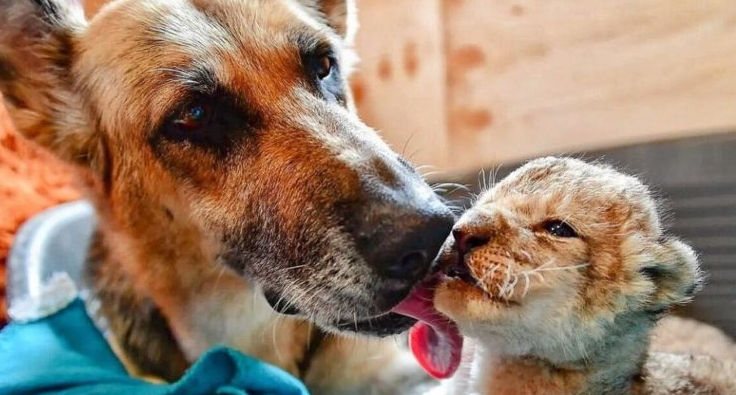 Keeping wild animals in cages is not good for numerous reasons. This affects them both physically and mentally.
This causes them to even lose their maternal instinct, which leads to the abandonment of their cubs after their birth.

Unfortunately, even after rescuing these animals, their wild instincts do not return. So it happened with a young lioness living in the reserve.
This was the first birth of Sirona. And naturally, everyone was very excited.
A large wild cat rarely gives birth in captivity. Therefore, the staff met this event with enthusiasm. 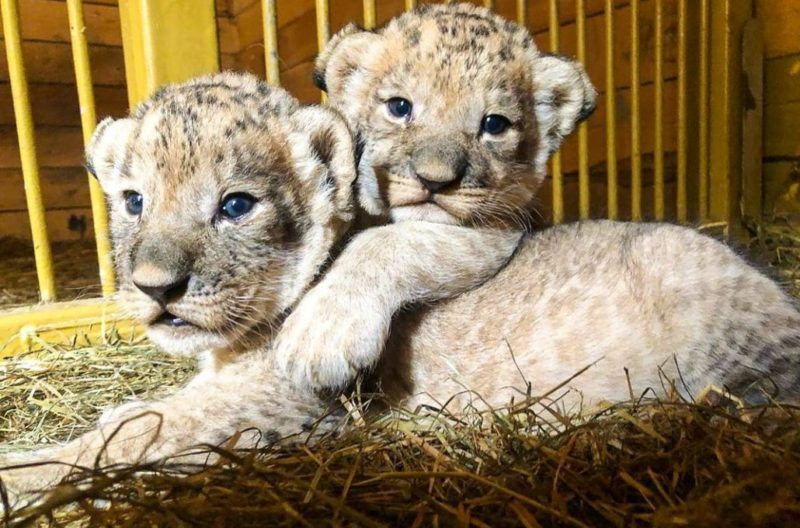 However, soon after the arrival of the two adorable tiny cubs, things did not go as planned. While the maternal instincts of a lioness, of course, should have worked, the exact opposite happened with a young mother. She showed no affection for her newborn children. And, even worse, she seemed to reject them completely.

The park staff knew that it was extremely important for newborn cubs to stay with their mothers after birth. But in this situation, they had to do something. Since the kids were in real danger, they decided to relocate them.However, they all knew that their chances of survival were extremely slim.

Fortunately, they received unexpected help from another resident of the park. Even she’s not a wild animal. German Shepherd Sandra has been living there since she was a puppy. Her good nature and desire to help everyone made her the best friend for all animals.
So the educators thought to try and give the cubs to a caring dog. 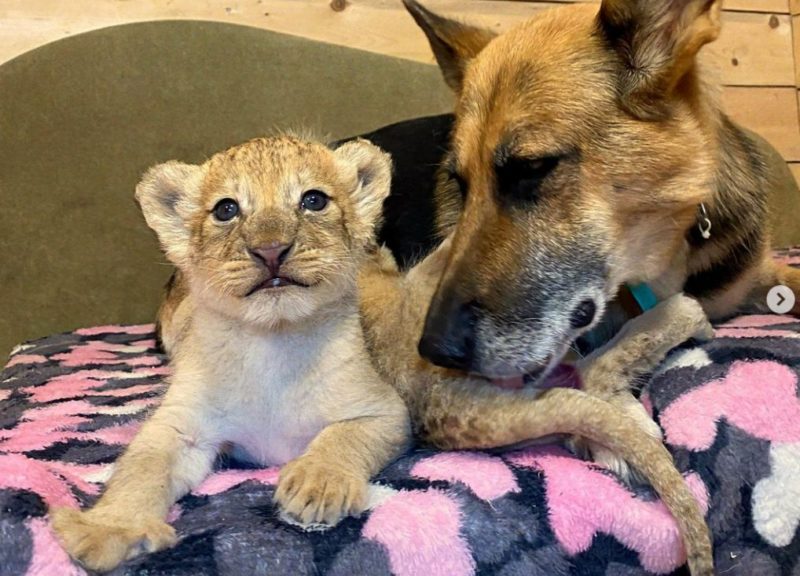 And caring Sandra surprised everyone! A wonderful German Shepherd immediately adopted two cubs and behaved as if they were her own cubs. She takes care of them and even feeds them. Sandra has her own litter. Therefore, she feeds the tiny lion cubs with her milk. Apparently, the two rejected cubs found the comfort they needed in a foster mom. And it saved their little lives.