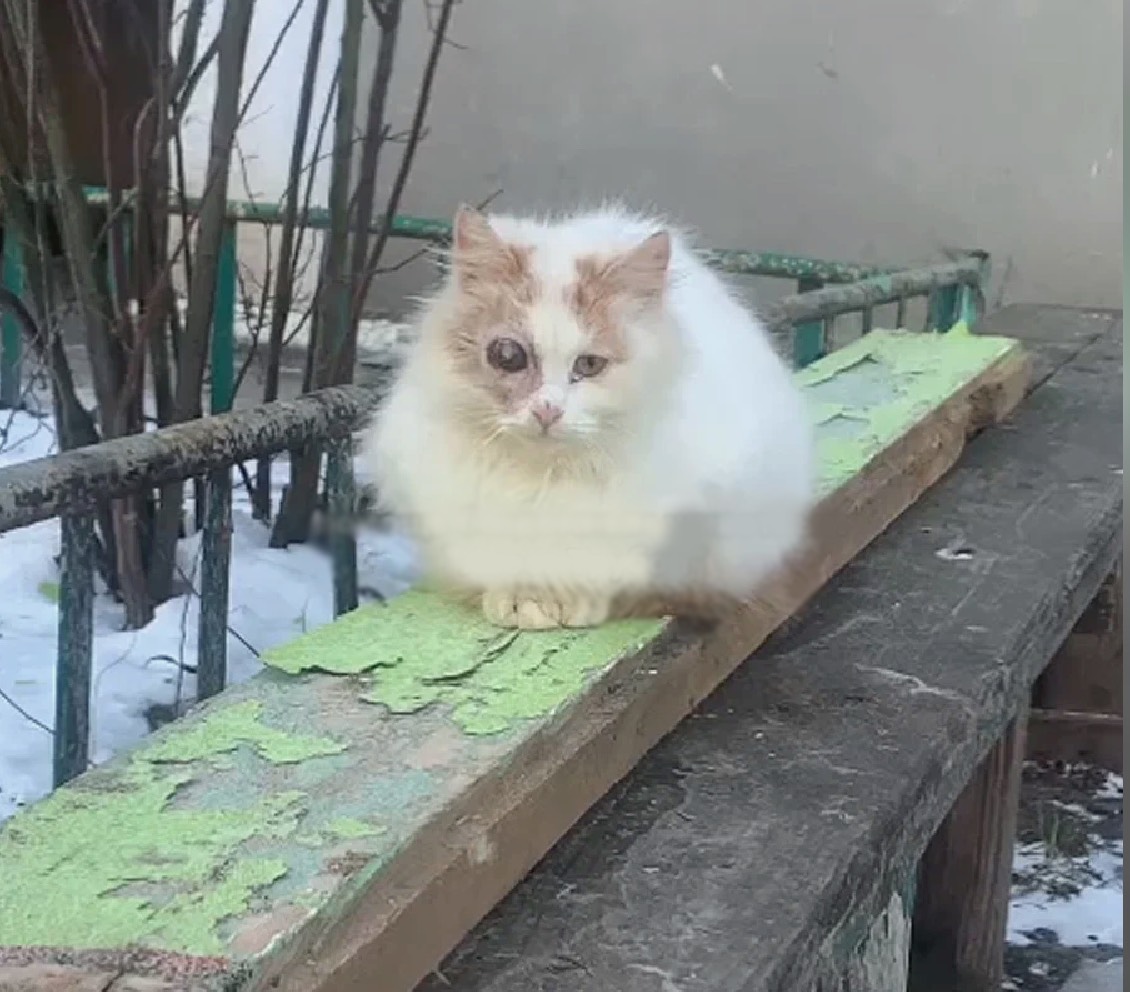 On social networks, volunteers were sent a video with a kitten sitting on a bench and frowning from the cold. The animal looked into the camera with only one eye, it was clear that she had serious problems with the second. After seeing the condition of the kitten, it became clear that it was impossible to ignore the request for help in any way, despite the fact that the day was a holiday, and there were frosts outside. The volunteers immediately set off.

«When will you be there?» a local resident who fed the cats in the yard asked the volunteers with concern on the phone, «my wards have already eaten and will soon run to the basement to hide.» The volunteers were late, so the woman stayed outside with the cats and tried to persuade them to wait a little longer. The help was only 20 minutes late, but because of the frost and blizzard, the time for the woman and the animals dragged on endlessly. The cats seemed to understand the importance of the request addressed to them by the woman and were in no hurry to leave, sitting at the entrance and patiently waiting.

When the volunteers arrived at the place, they immediately saw a sick cat, who, trying to keep warm, was sitting in a box, snuggled up to her fluffy sister. 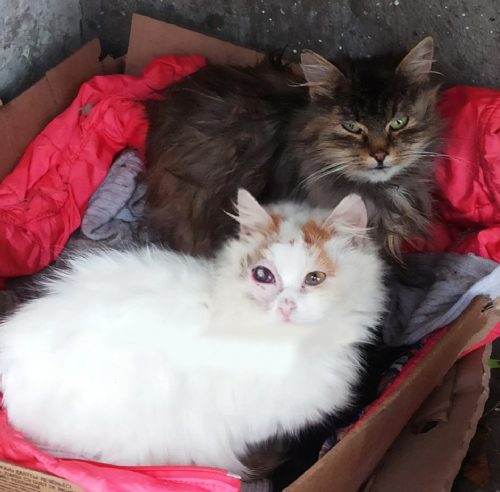 Even with a quick examination, it became clear that it would not be possible to save the animal’s eye. Usually, such an infection is not difficult to cure, but this time the situation was severely neglected. Frosts and lack of necessary help led to the fact that one eye could not be saved.

The white cat was put in a carrier, but she desperately tried to break free. «Can you take her sister too?»

So there were already two cats in the carrier. The kind woman thanked the volunteers and went home to warm up. As soon as the entrance door closed behind the woman, all the cats immediately got up from their seats and hid in the basement. The sisters, who were taken away by volunteers, went to Kursk on a snow-covered road for temporary care. 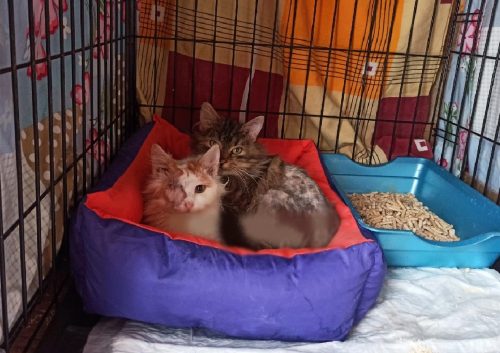 The white girl was given the nickname Maggie, the striped one was called Pushunya. Both girls were sterilized. As the volunteers had expected, Maggie’s eye had to be removed, and the second cat’s fur was almost completely shorn to get rid of the tangles that did not allow her to move normally. Now both sisters are waiting for fattening, restoration, and search for new owners.

ANIMALS 0 23 views
A man who was out for a walk noticed a small creature. As he

ANIMALS 0 2 views
People noticed two stray cats with round bellies on the streets. The pregnant kittens

ANIMALS 0 21 views
When people noticed a black and white kitten on the street, they immediately saw

People walked by the special kitten, and only one couple paid attention to it
ANIMALS 0 39 views