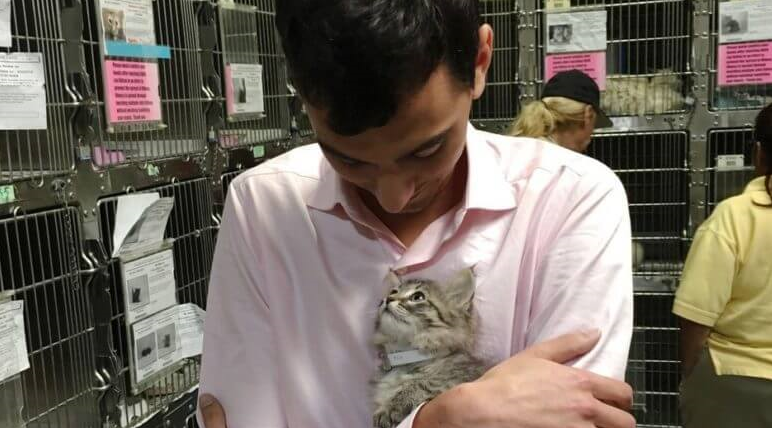 To think that when a person comes to a shelter, he chooses an animal for himself is a delusion. Of course, it may be so. But as practice shows, it is much more often that animals decide whether they want to live with this particular person or not. Animals feel kindness and, based on this, they understand whether a person will become their friend or not.

The person in this picture radiates good energy. That’s why the kitten Moon liked him so much. The animal paid attention to the man as soon as he stepped on the threshold of the shelter.

The animal paid attention to the man as soon as he stepped on the threshold of the shelter. 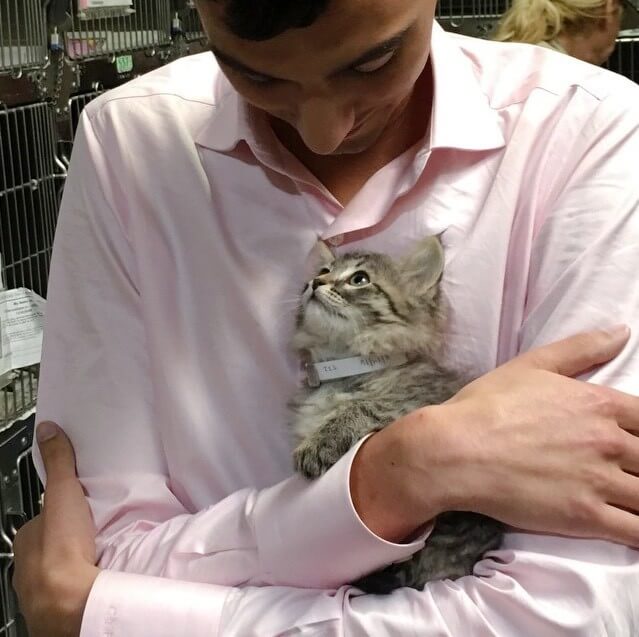 Barely noticing the man, Moon looked at him attentively and did not take her eyes off him anymore. The man seemed to feel the attention from the cat and took her in his arms. The cat immediately showed all the tenderness and affection she was capable of. Sitting comfortably in the man’s arms, the kitty put her paw on his hand, as if asking that this man never leave her. At first sight, a man and a cat had an amazing mutual understanding.

On this day, Moon found its owner. The guy is convinced that he got the most gentle and loving kitten in the whole world. 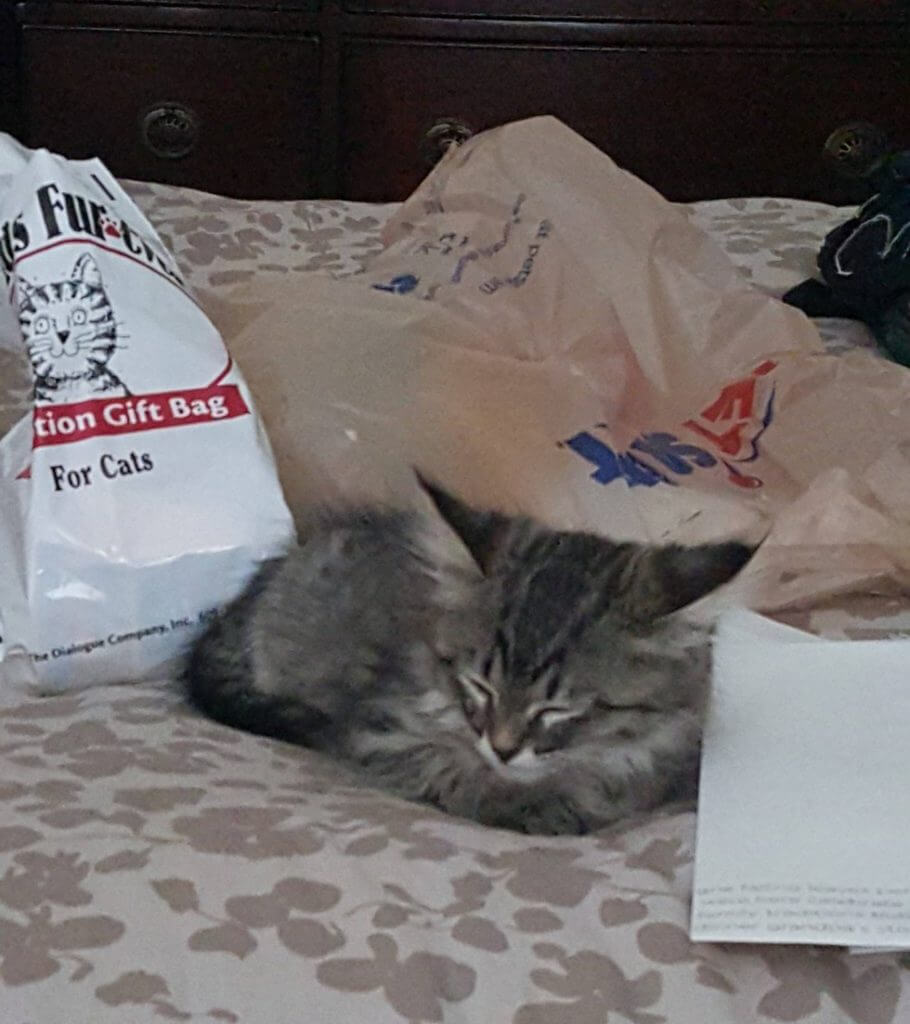 The veterinarian found that Moon had minor health problems. But the doctors solved the problem very quickly. And now the animal can live a full life. 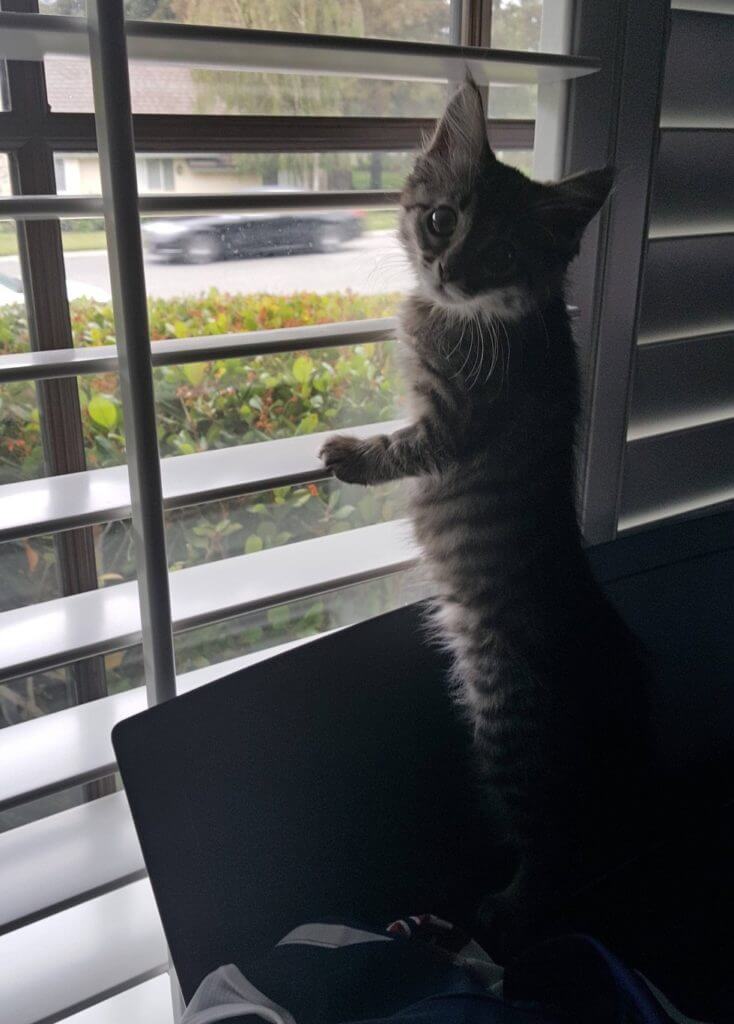 Moon turned out to be a big fan of YouTube videos, especially she likes to watch other cats on video and catch mice that run across the screen.

Most of all, Moon likes to be near its owner. Using this example, we have once again made sure that it is not a person who chooses an animal. And they decide for themselves who they are ready to give their love to. 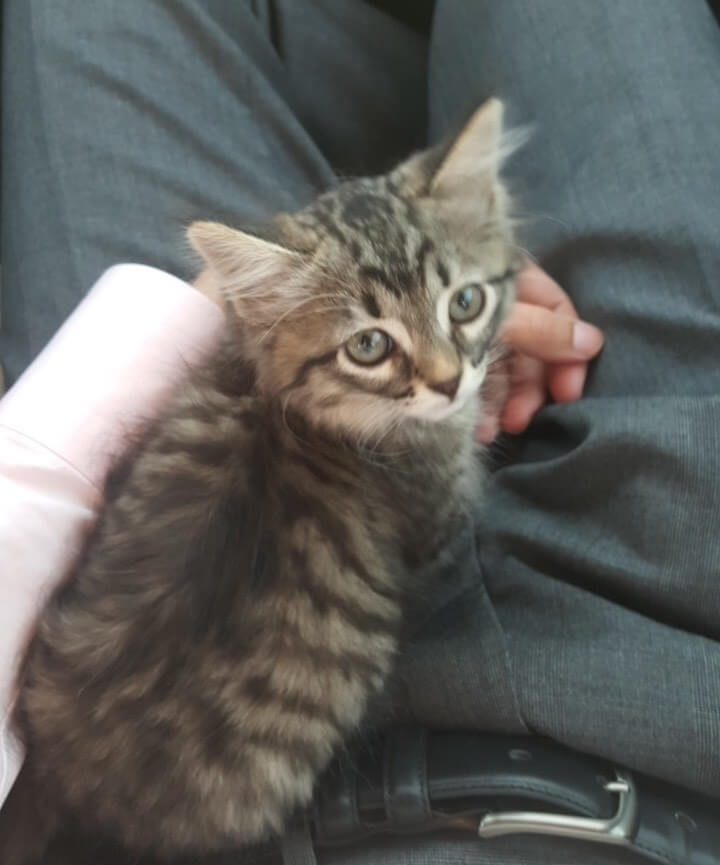