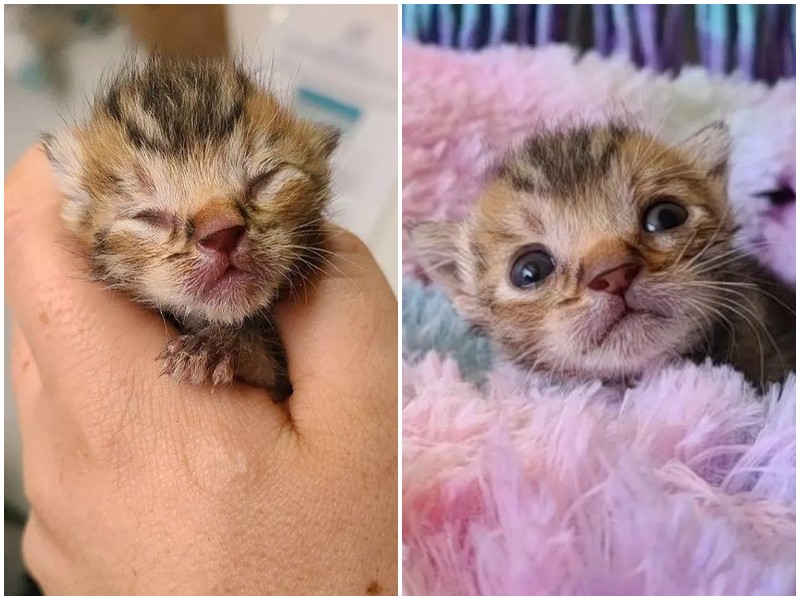 A tiny kitten with three paws was found near a private house. Apparently, the weak little thing had been abandoned by its mother cat, and it was left all alone, not knowing where to go.

This helpless cub, not even three days old, was found outside the house in Phoenix, USA. The kitten was missing one hind paw and was very weak. Its mother had abandoned it and it was in urgent need of care. 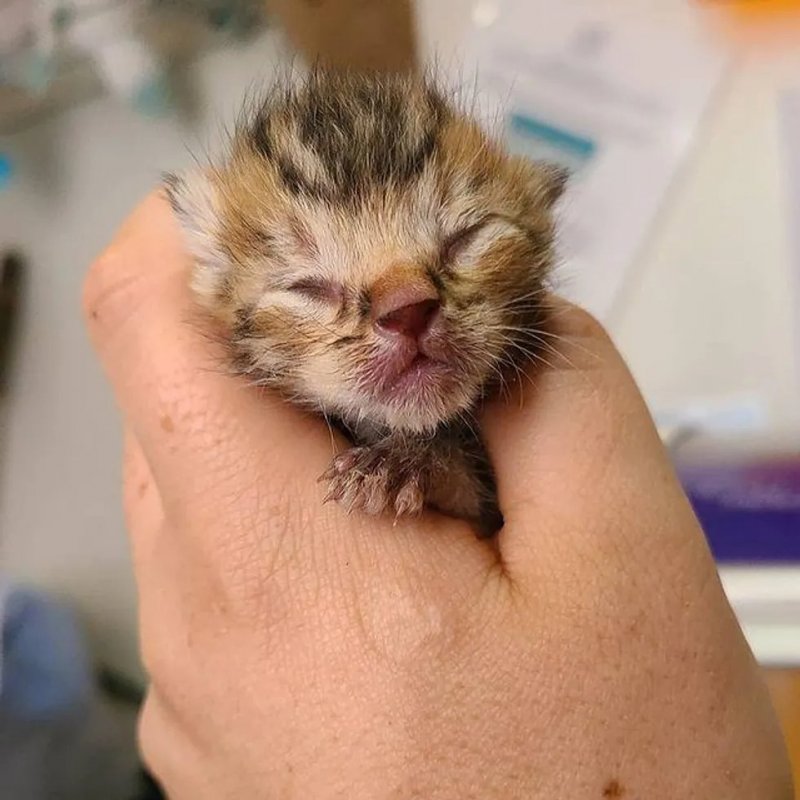 People rescued the kitten in time and took it to a local shelter; however, the shelter did not have the funds to treat the kitten’s health. Then its story was posted on social media and people started looking for foster parents for it. A girl named Shelby, owner of Jin’s Bottle Babies, a private rescue center responded immediately. 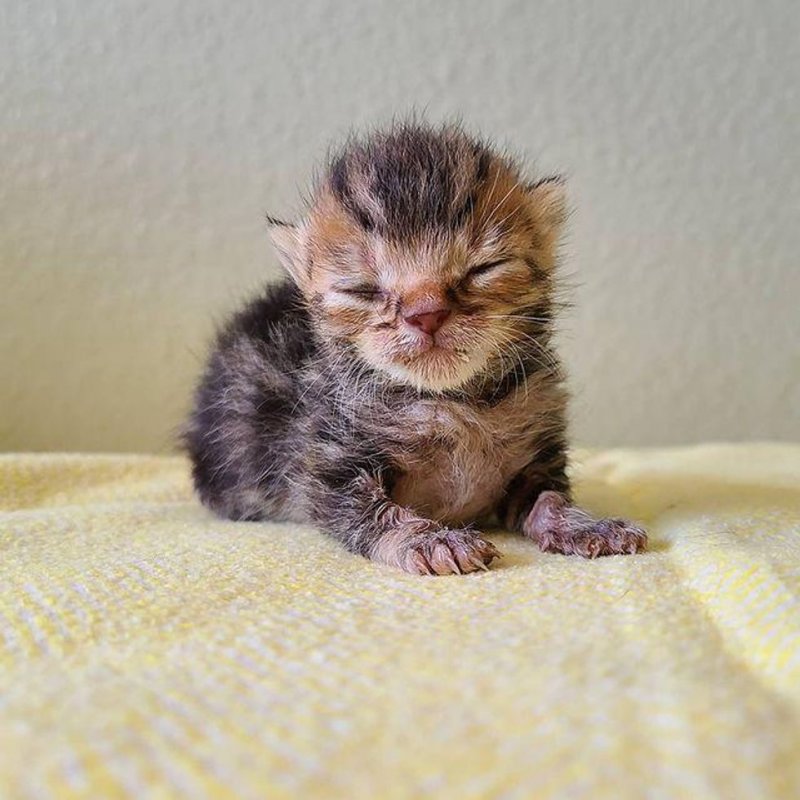 Shelby immediately went to pick up the kitten and took it to her house. The baby was so fragile and weak that the girl prepared for anything. She and her husband nursed the baby all night, began feeding every two hours, and gave supportive medications. 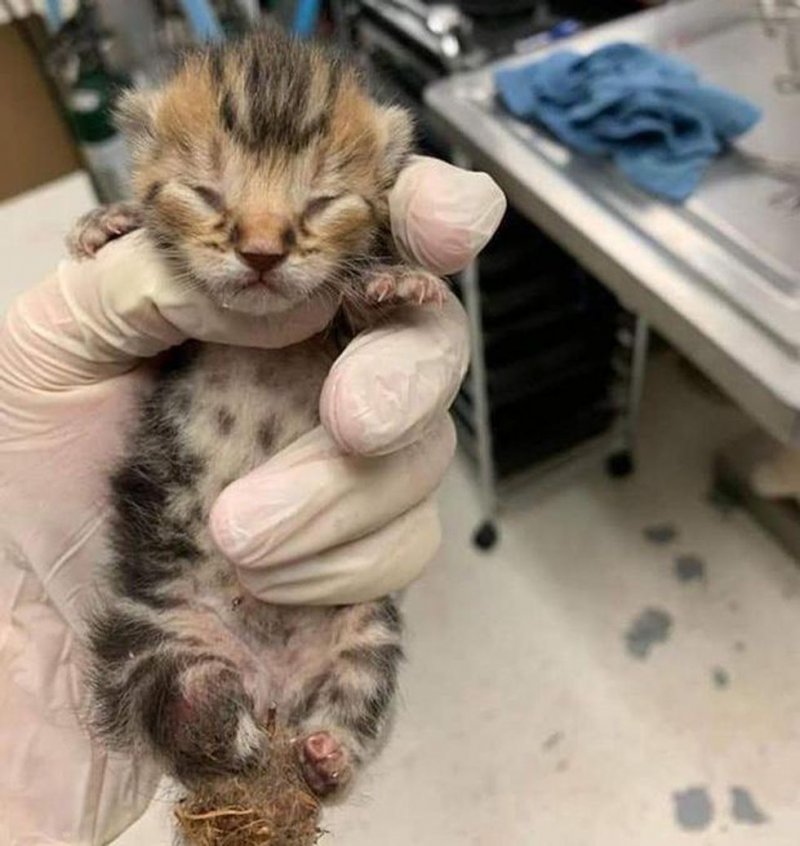 The guardian did everything to make the little fighter feel comfortable. After a couple of days, it miraculously perked up, and began to purr, and squeak more, demanding attention. This was already an important sign of progress. 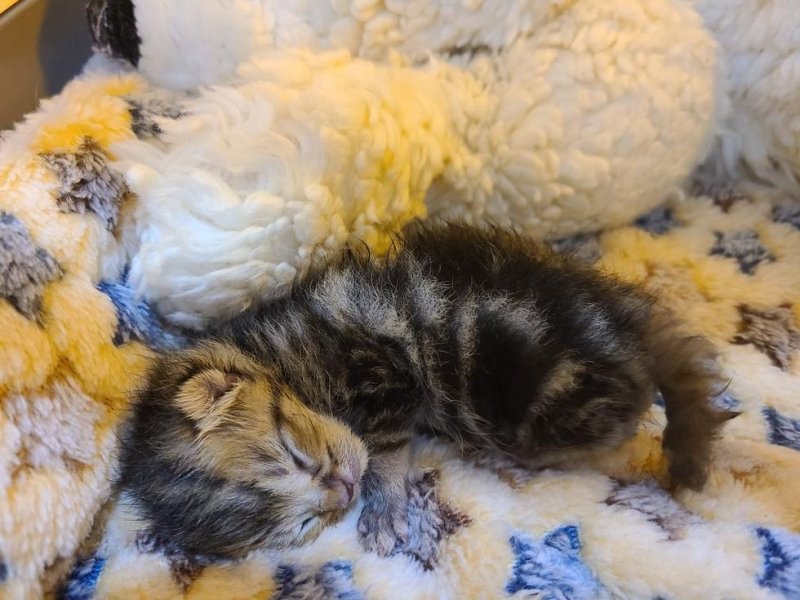 The kitten was named Flex. When it first opened its eyes, it began to crawl more on its three paws and look around, wondering about the interesting world around it. Later it even made friends with its guardian’s pet dog. 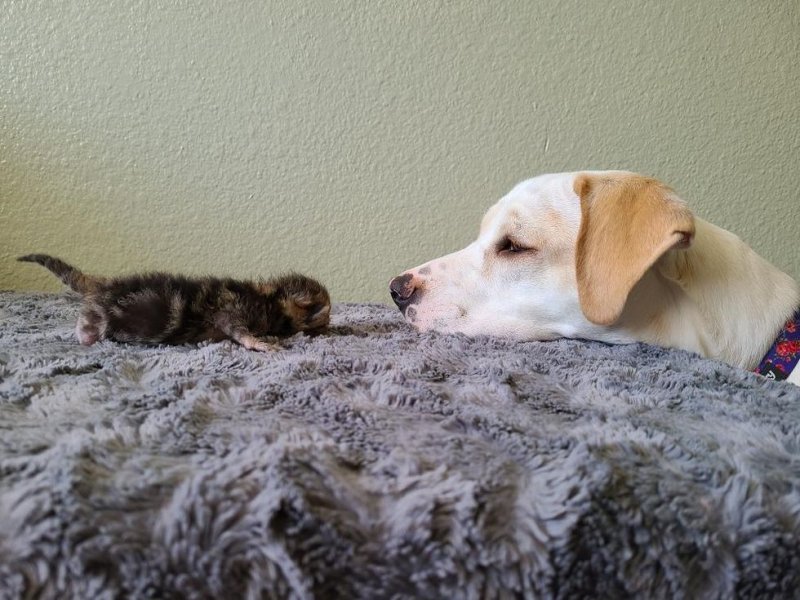 Despite the fact that Flex has three paws, this did not stop little Flex from exploring, enjoying life, and growing up to be a happy kitten. The kitten grew stronger every day, and its guardian rejoiced at every little victory it made. 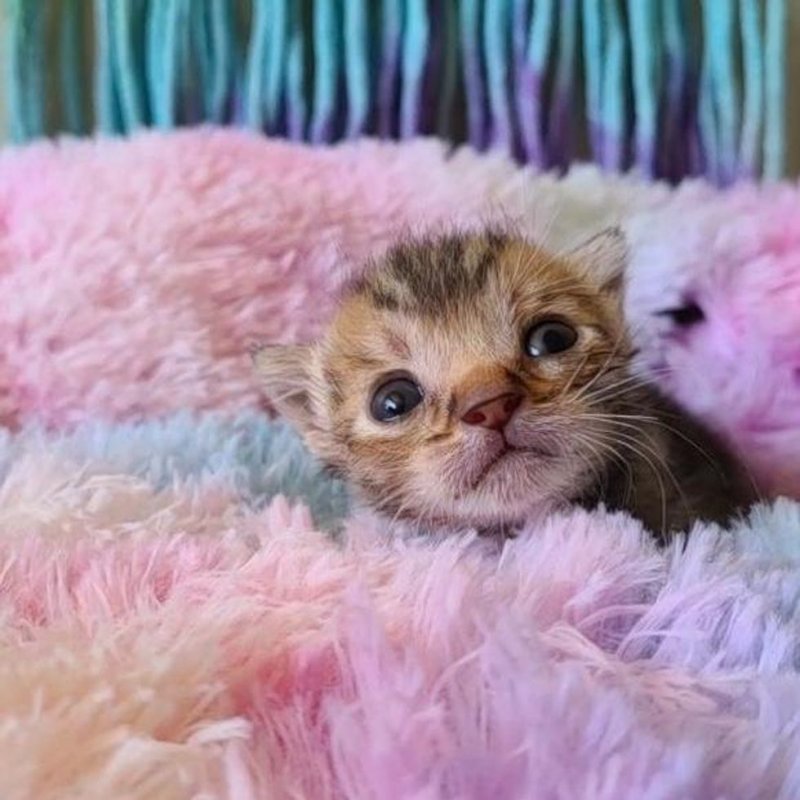 A little later she took into her care another baby girl, which was picked up on the street, and decided to introduce it to Flex. Flex immediately took on the role of big brother – who began to take care of the baby and protect it. 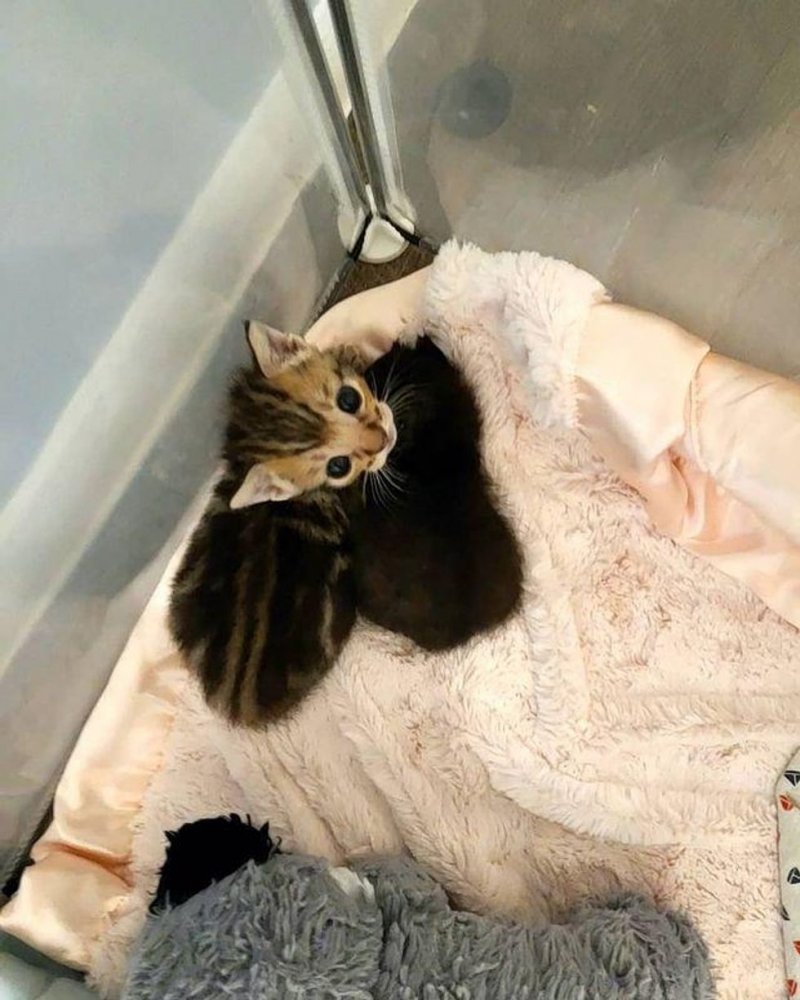 Little Flex has come a long way in a short time. It turned out to be a real fighter who, in spite of the difficulties, made it through and became stronger. When the kitten gets stronger and older, a permanent family will be found for it. 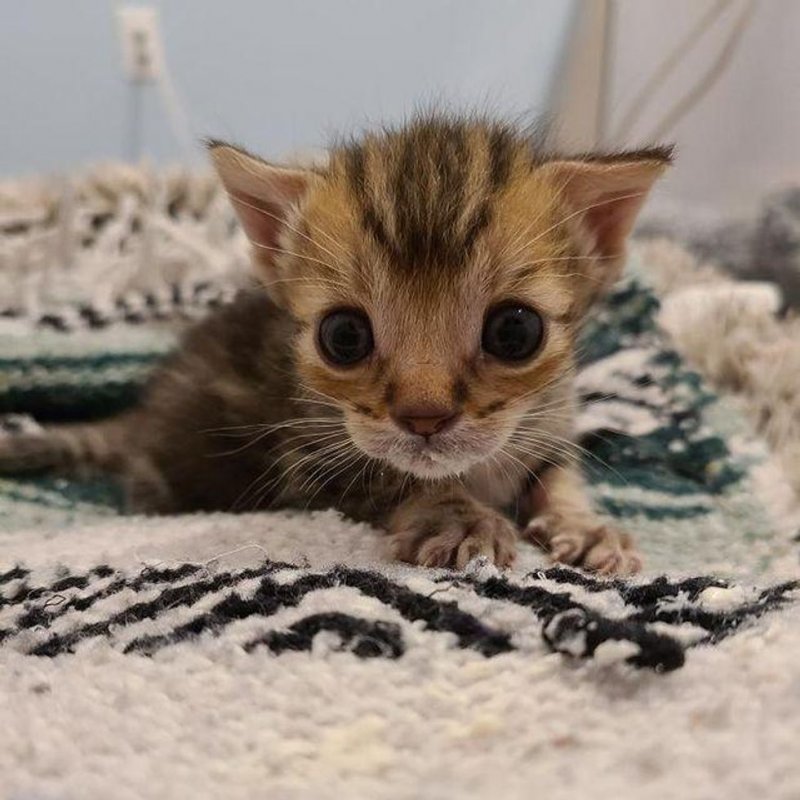