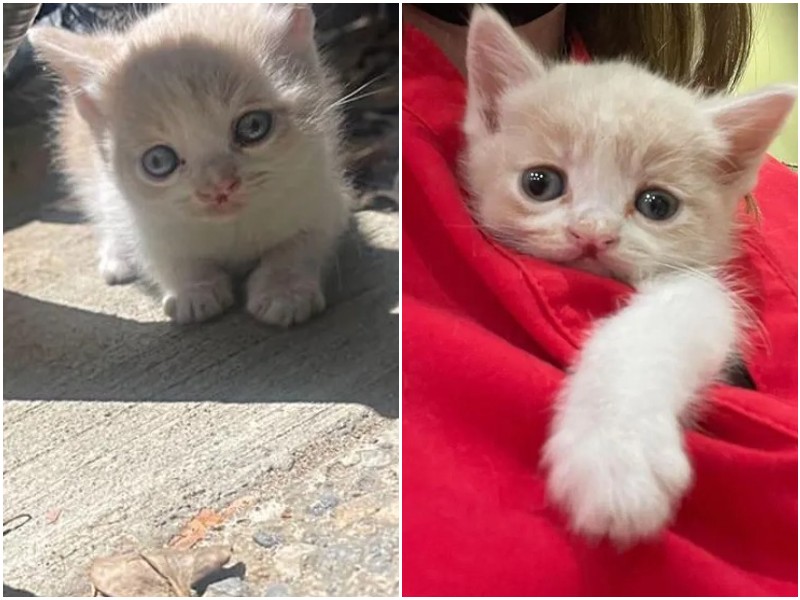 People found this kitten with a special appearance near the office building. The kid was hiding under the electrical wires and looking out of there scared. 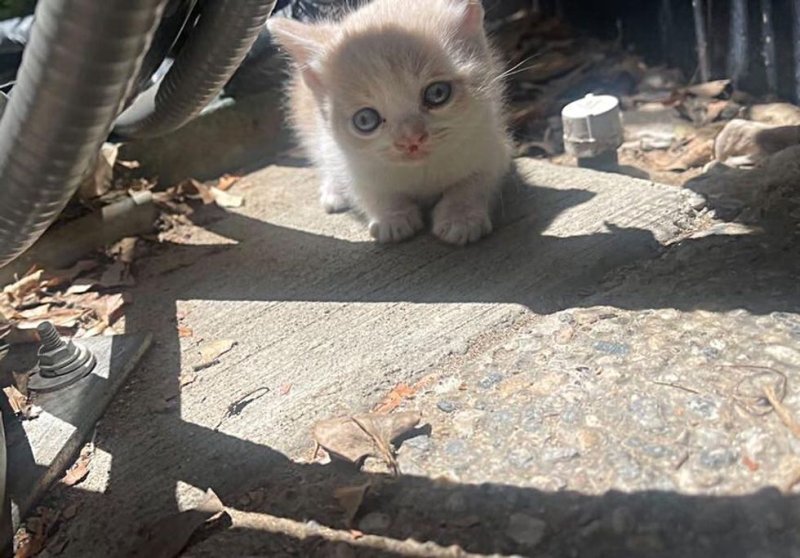 In early May, Los Angeles residents found a small kitten near the office building. They immediately noticed that the baby has a special appearance. He was all alone, hiding under electrical wires. People immediately contacted the Alley Cat Rescue Rescue Center.

The employees of the shelter took the baby to the veterinarian. Despite the fact that the kitten lived on the street, he was very affectionate and kind – he wanted love very much. The volunteers gave him the name Frito. 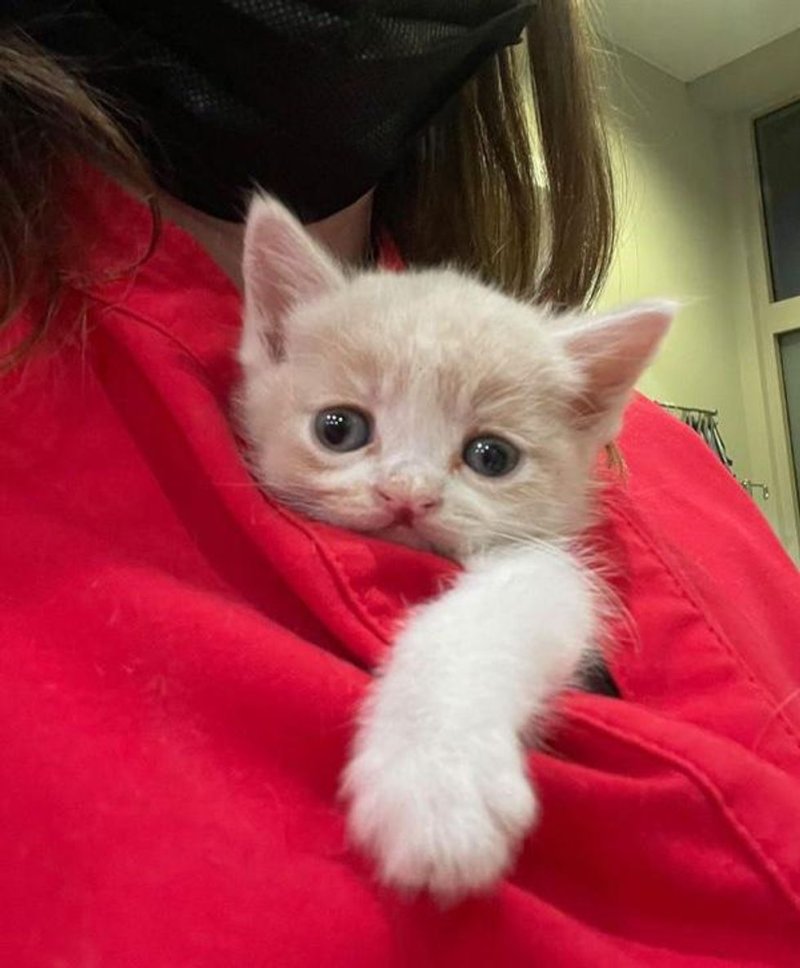 The doctors determined that the baby was about eight weeks, but at the same time, he weighed very little – only 400 grams, which is half the norm at his age. He was also found to have a crevice on his face, but this did not prevent him from living a feline life – all he had to do was help with feeding. 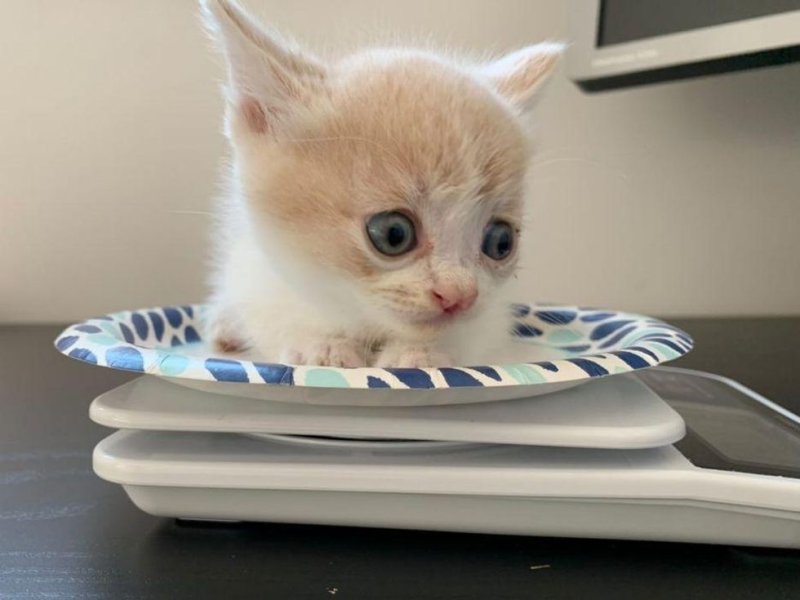 The volunteers took him for temporary care and began to actively care for him and feed him by the hour, as well as treat him for parasites. Frito quickly became attached to his guardians, and simply refused to be alone – he always needed company. 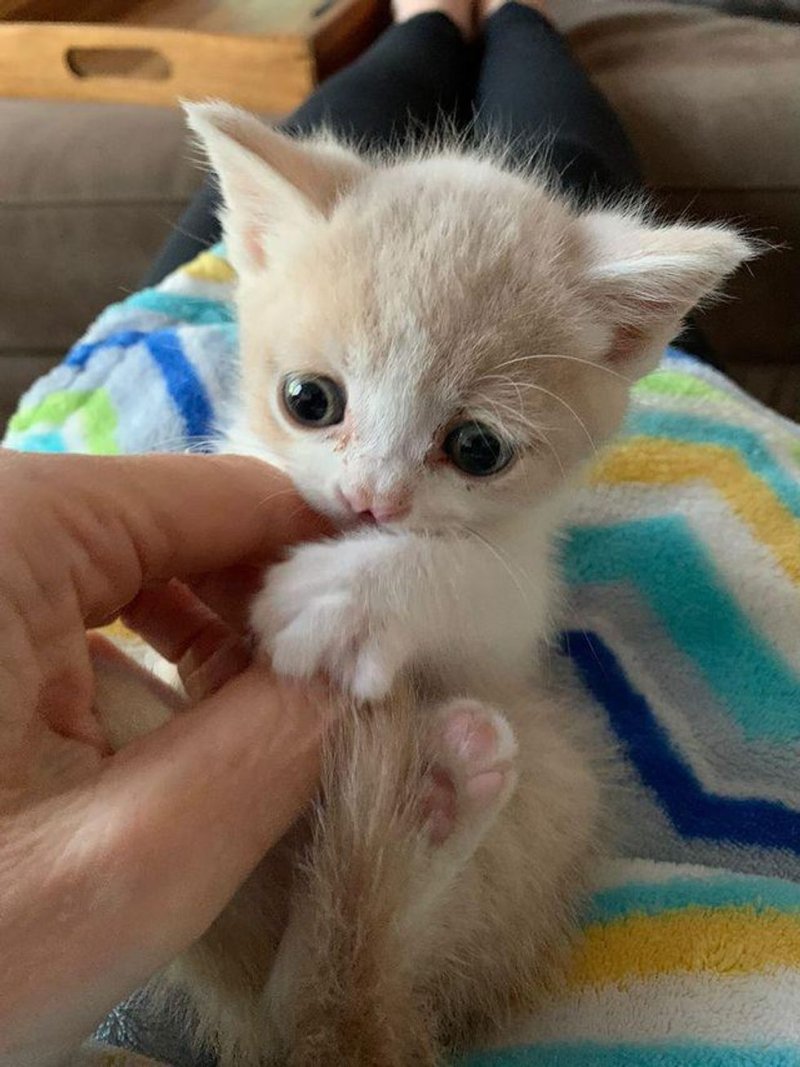 Frito quickly learned to use the tray, and over time began to express his wishes loudly. For example, he would always meow loudly when he wanted to be picked up and held in the arms, which he loved. Later, the kitten met the house cat of the guardians. 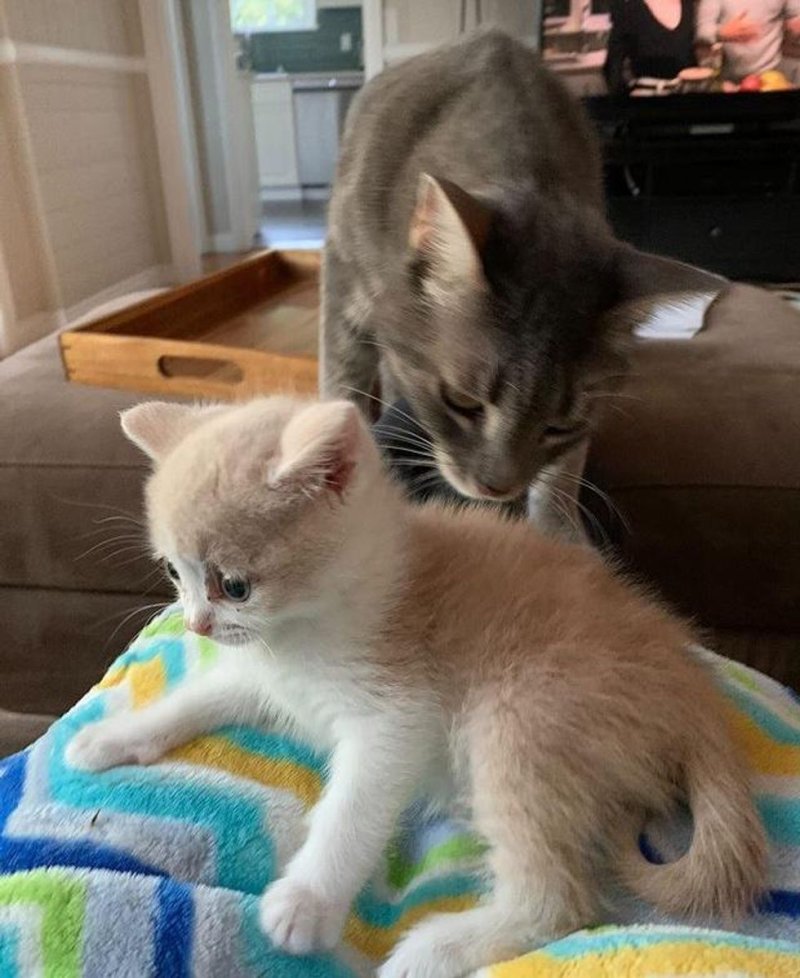 He and the adult cat quickly found common ground and became friends. The cat took the baby under his care, as an older brother, and cared for him a lot. Now they spend a lot of time together, and next to his friend, the baby is calm and confident. 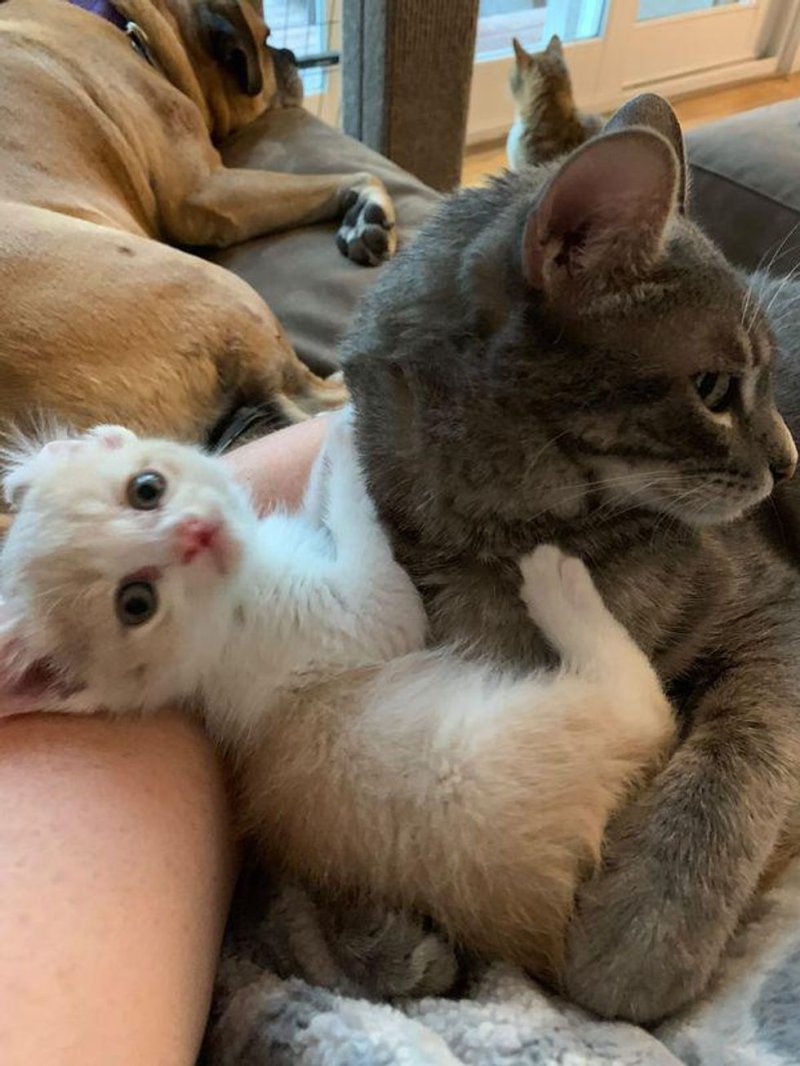 For now, Frito will be at the temporary care site, and when the kitten is old enough, they will find permanent owners for him. Be happy, baby! 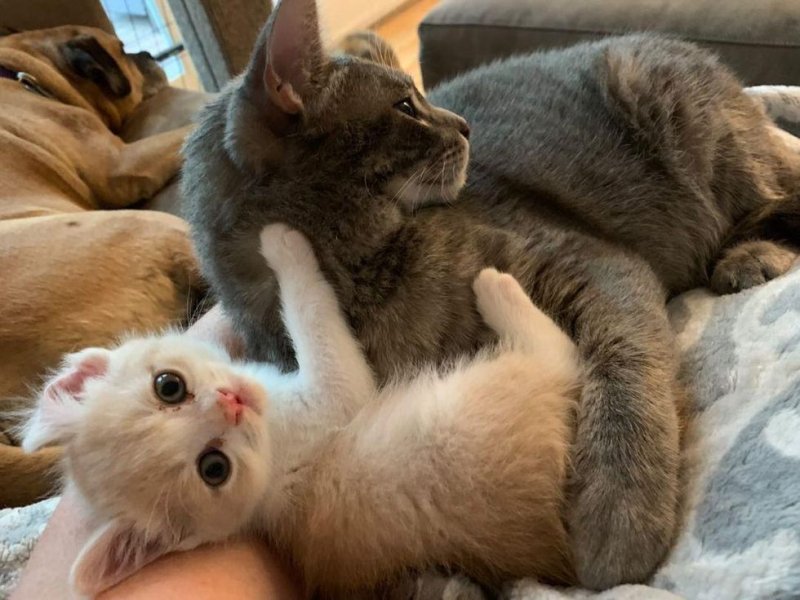