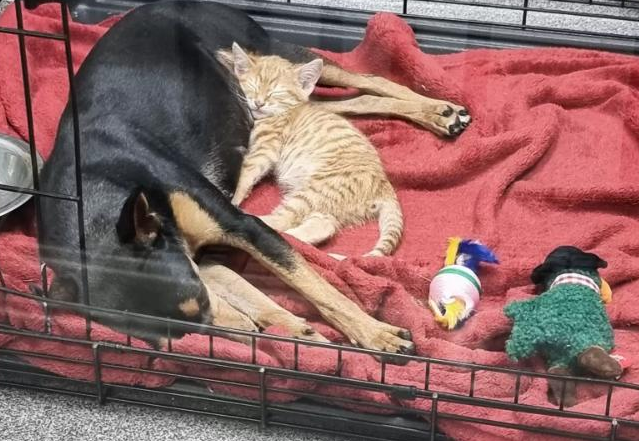 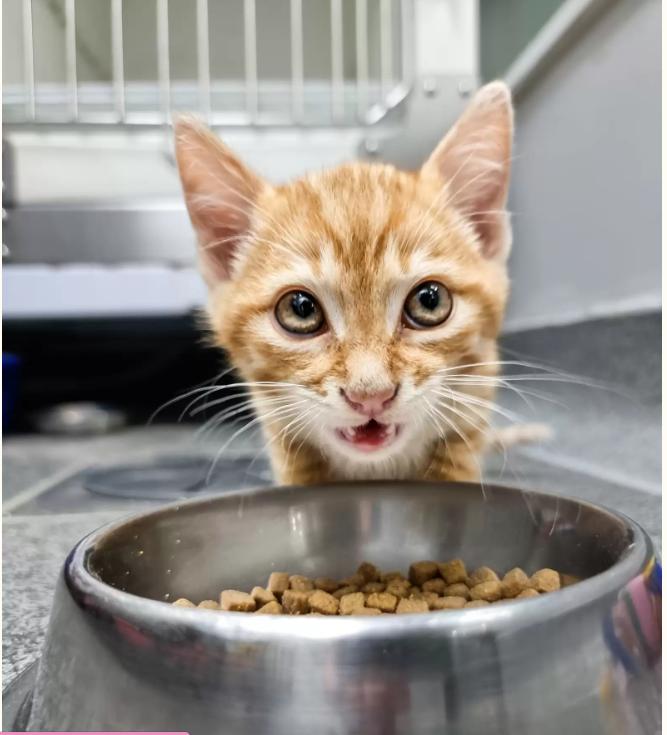 Kitten Ginger was found in a storm drain and brought to the animal shelter. The baby was placed in the isolation ward, where there was already a dog named Ann. 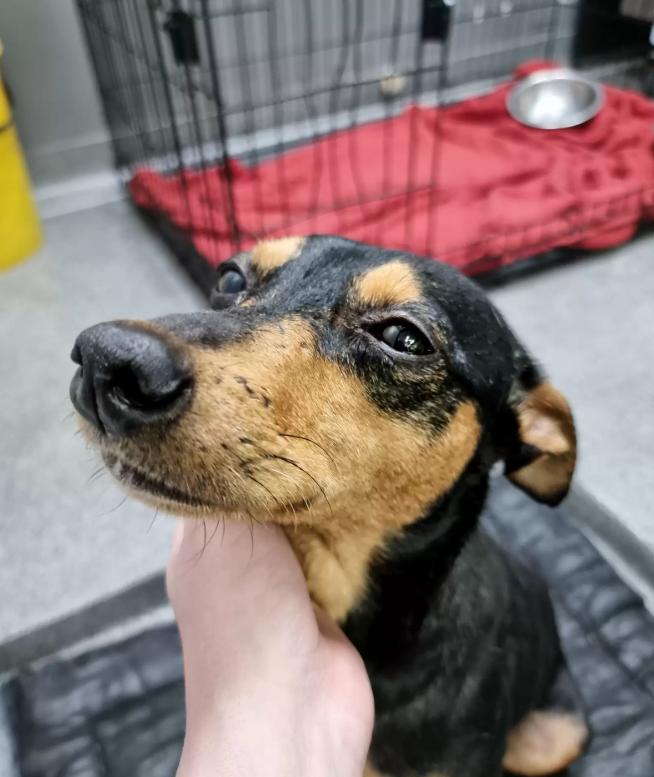 The cages of the animals were far away from each other. One day the shelter staff found that the kitten’s cage was empty. 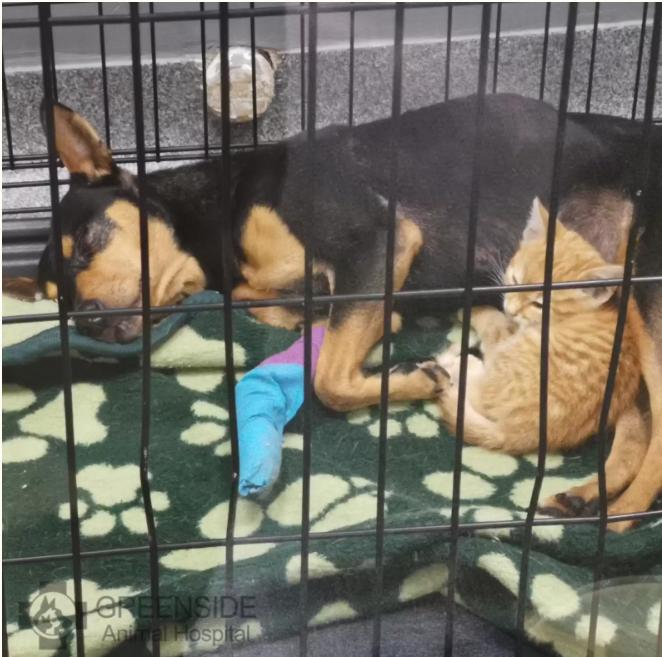 They found him under Ann’s side. “The kitten climbed through the bars of the cage door and went to a neighbor. We were worried at first, because some dogs don’t react well to cats and vice versa,” said a shelter worker. 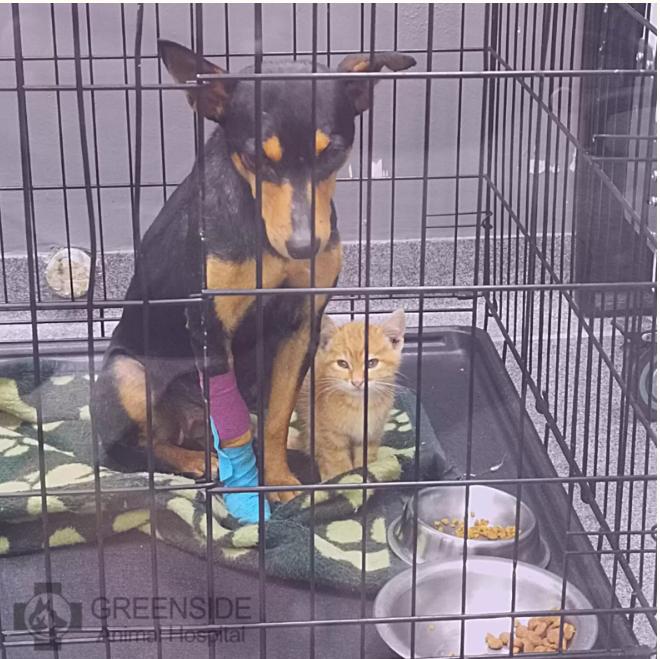 The kitten was returned to his place because his toilet, food, and water were there. However, he escaped again to Ann’s place. 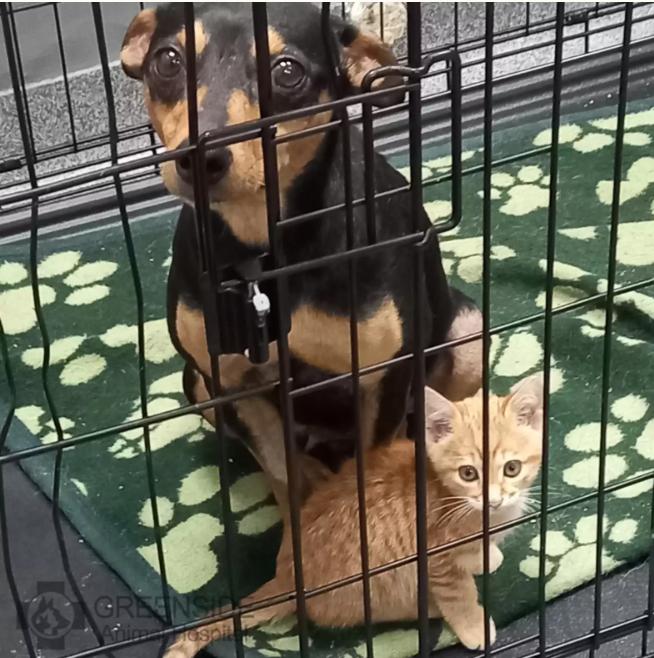 Ann and Ginger now live in the same cage. Once at the shelter, Ann was not feeling well. But Ginger’s presence accelerated her recovery. The shelter says that being near each other calms the animals down. The kitten feels safe next to Ann. 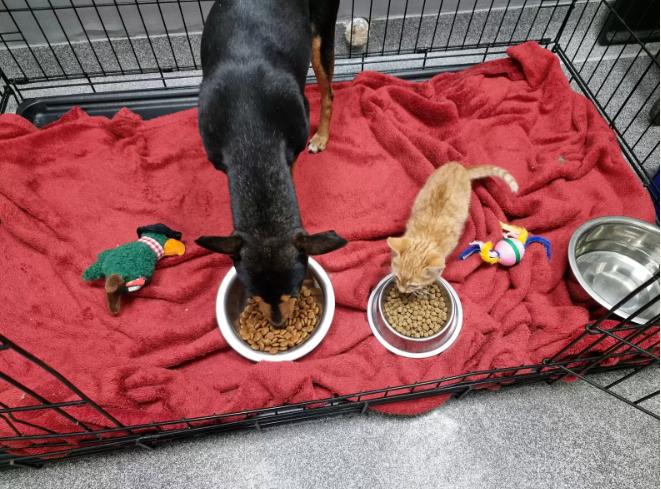