A Labrador named Sina went on three months of business trips to Afghanistan as part of the US Marine Corps. How many American soldiers were saved by this sapper dog is beyond counting.

Recently, Sina, who has already retired, was diagnosed with terminal bone cancer. Doctors recommended euthanasia. Last week, residents of Muskegon, Michigan, saw off the dog on his last journey as a hero. 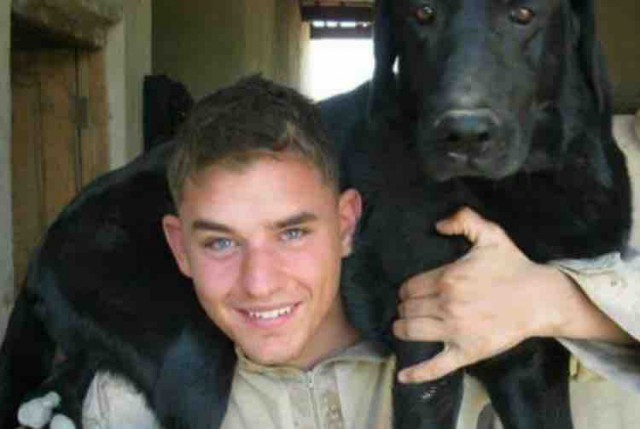 After retirement,Sina settled in the house of his comrade—in-arms, Marine Lance Corporal Jeff de Young. Jeff has always treated the dog as an equal. After learning about the terrible diagnosis of a 10-year-old friend, he firmly decided that Sina should pass away with honor. And he organized a solemn ceremony on his own. 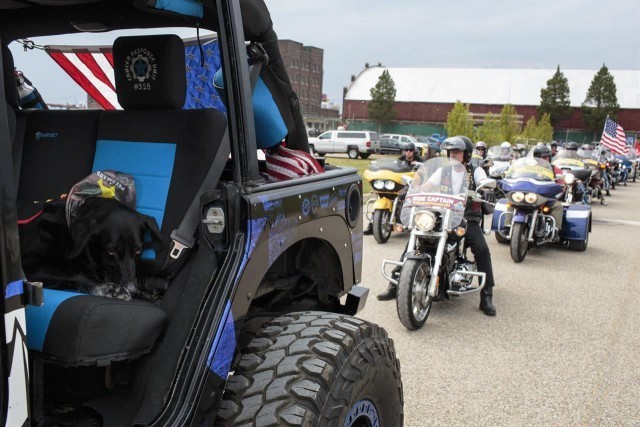 The Marine did not expect such a scale, which eventually turned out. But when the local media wrote about his impulse, almost the whole of Muskegon joined in. And ordinary citizens, and the local branch of the Marine Corps League, and the police, and firefighters, and the sheriff’s office. So the event, which was planned as a deeply family event, turned into a public action of mourning for the departing hero. 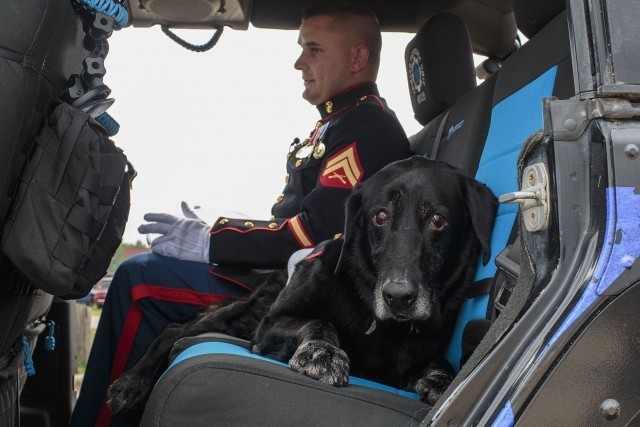 Sina was given a lethal injection aboard the museum ship USS LST-393, moored in Muskegon. From the house, the dog, dressed in the ceremonial jacket of a marine, drove by car with an honorary escort of police and bikers. Jeff’s family and friends, his colleagues, friends and strangers came to say goodbye to him. People hugged Sina , said kind words. 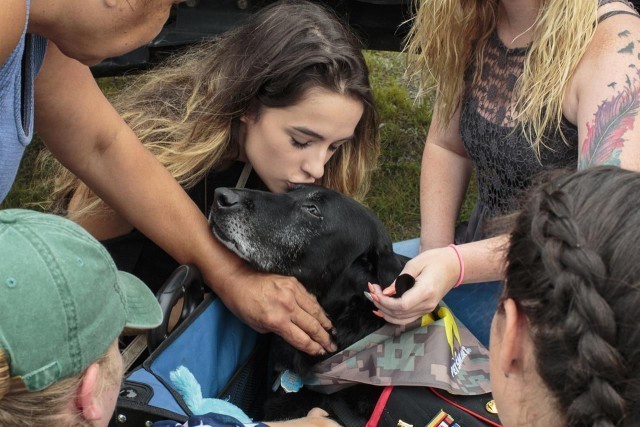 Jeff carried the dog in his arms for the last meters of the way. The honor guard fired three shots into the air, the trumpeter on deck played a minor melody.

After Sina died, his body was put in a coffin, traditionally covered with an American flag. Jeff carried him off the ship himself, barely holding back tears. Chaplain Wesley Speke addressed the congregation with a prayer.

“I carried him in my arms across mountain rivers, sheltered him from the deadly fire of the Taliban, and Sina warmed me on cold nights in the Afghan desert and comforted me when I lost seven comrades in three weeks,” Jeff later said.