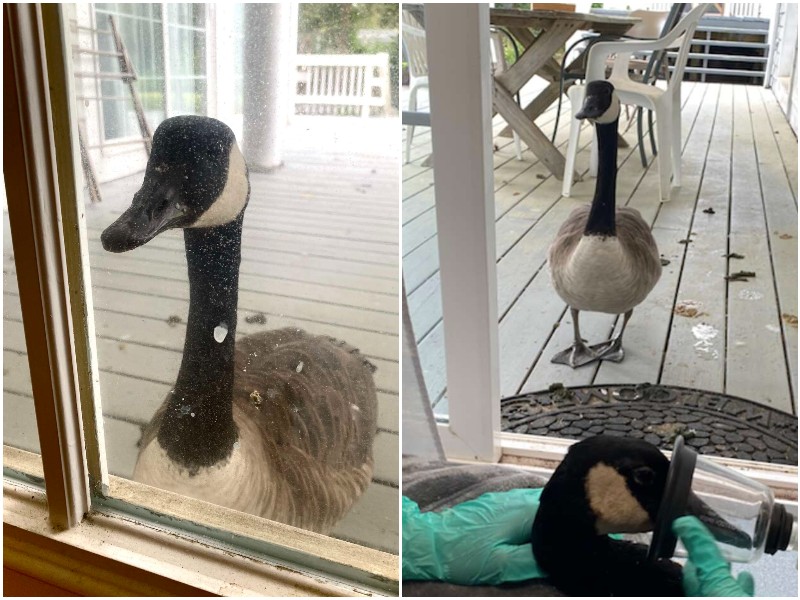 An animal rescue organization in America took a wild goose for surgery, but they weren’t the only ones interested in the bird’s health. It turned out that he had a lover who, it is not known how was able to find the clinic where her beloved was put.

The Massachusetts center for wild animals became aware of a sick goose. A wild goose living in a pond near the center had a wounded paw, which did not allow him to move normally. 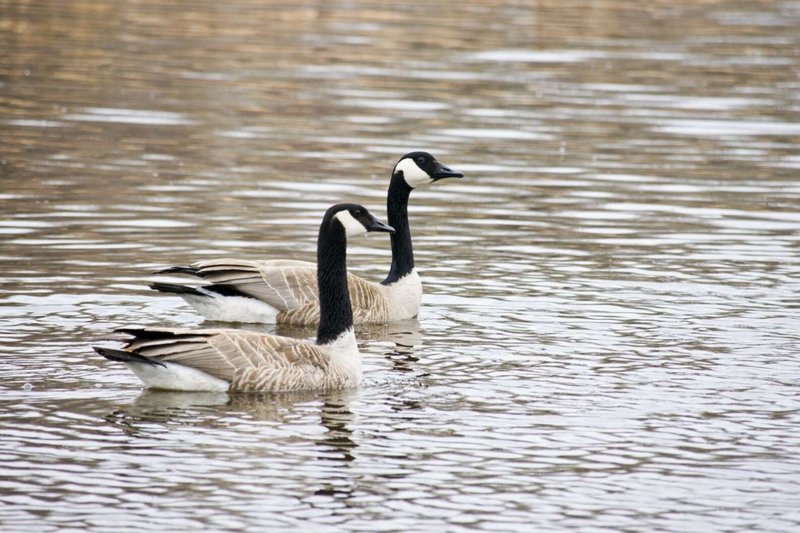 The goose was named Arnold and began to be treated. The doctors had to do a small operation on the paw. However, not only the staff of the center were concerned about the health of the bird. As it turned out, Arnold had a lover with whom they had been together for many years. 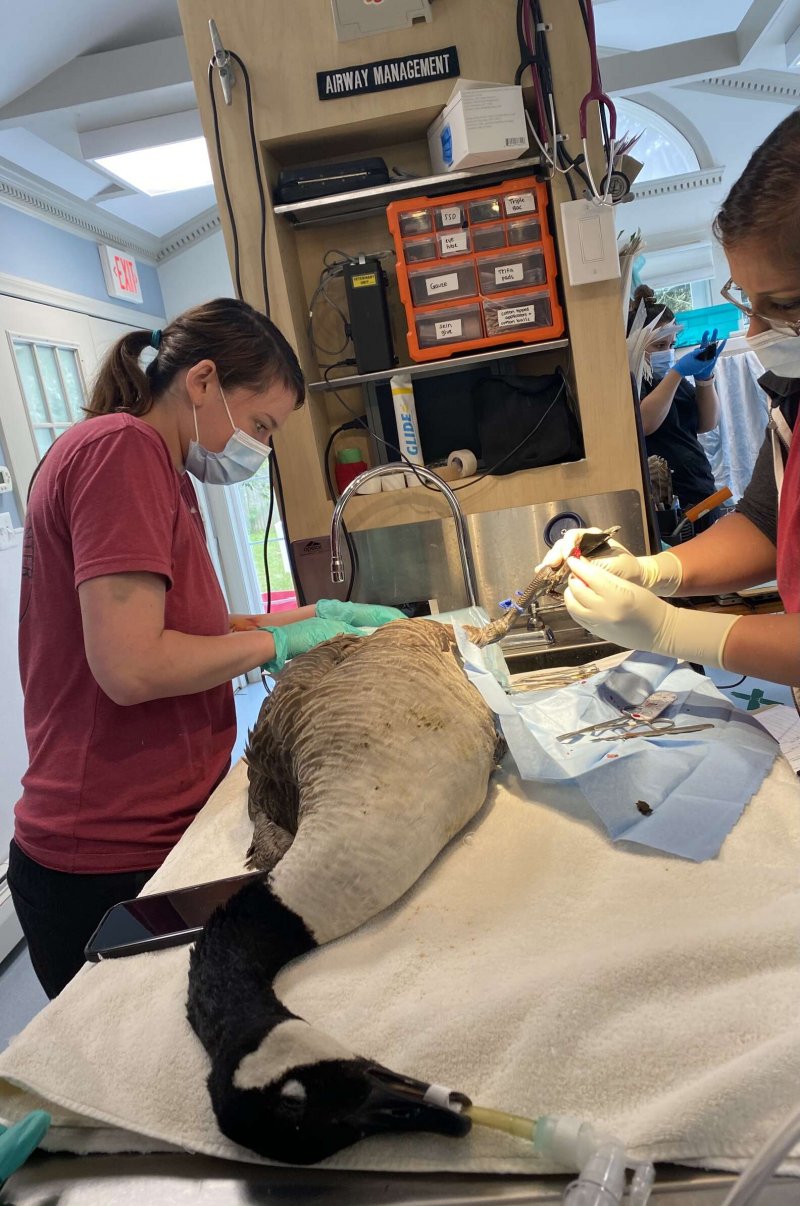 “When we were preparing the goose for surgery, we heard a sound resembling a knock on the door. There we found Arnold’s beloved, who was standing on the porch and trying to get inside. We don’t know how she found out that her lover was here,” the animal rights activists said. 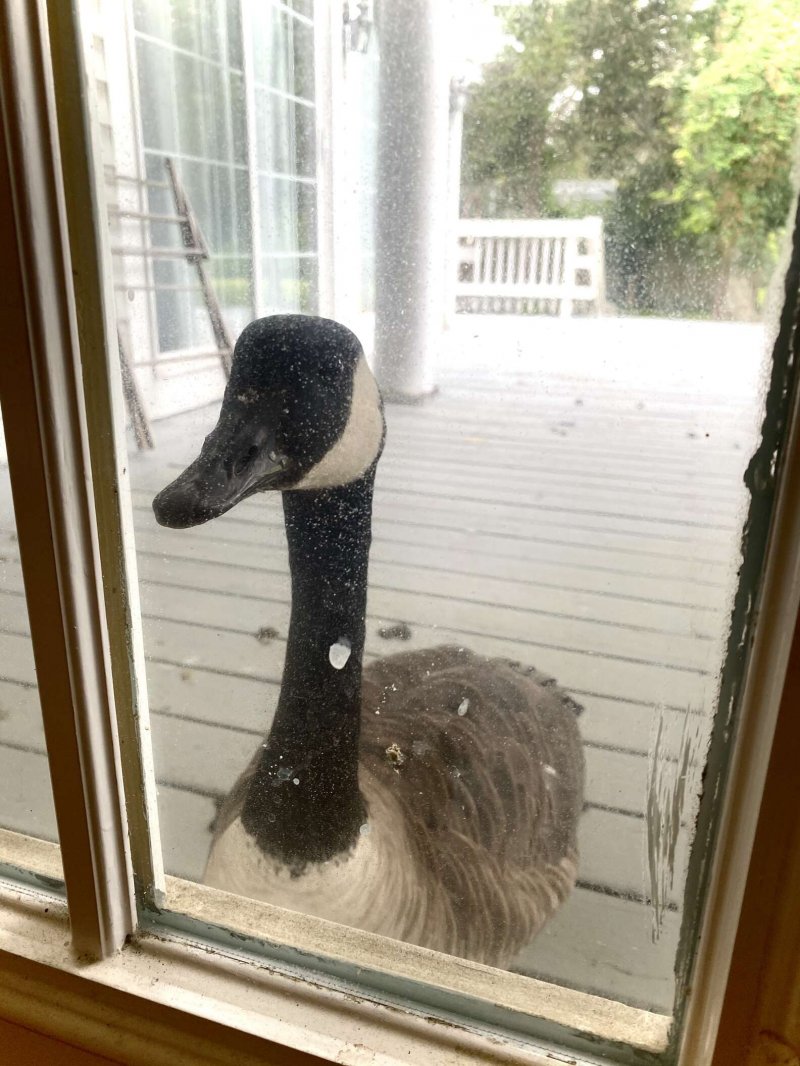 During the operation, the goose was always near the door and watched. It was important for her to know that everything was fine with her beloved and her support also helped to make everything go well. When the operation was over, the goose was placed closer to the door, and the couple communicated through the glass all the time. 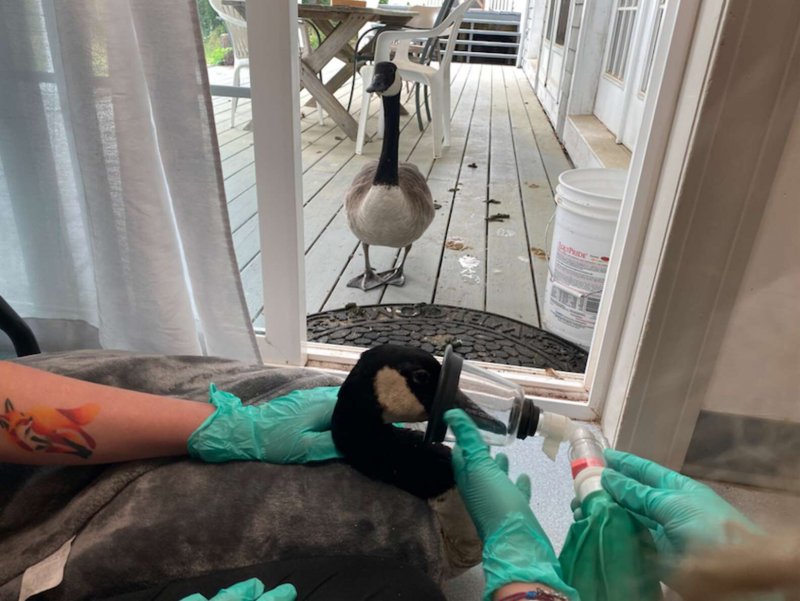 Arnold will be released back into the wild in about a couple of weeks. And now he is regularly visited by a faithful goose and he recovers even faster.