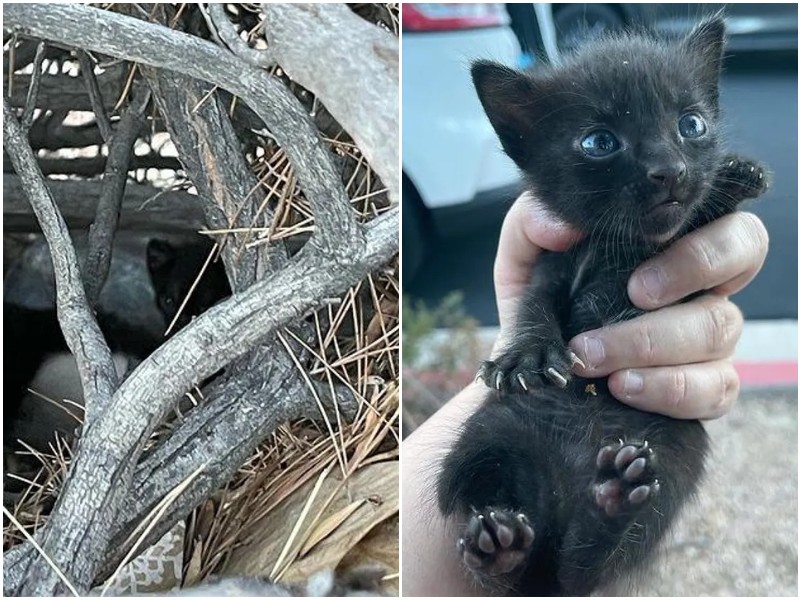 A volunteer at an animal rescue centre spotted a mother cat in the bushes outside her office taking care of her babies. Being an animal lover, she immediately decided to help the family and take them to safety, but she did not know it would be so difficult. 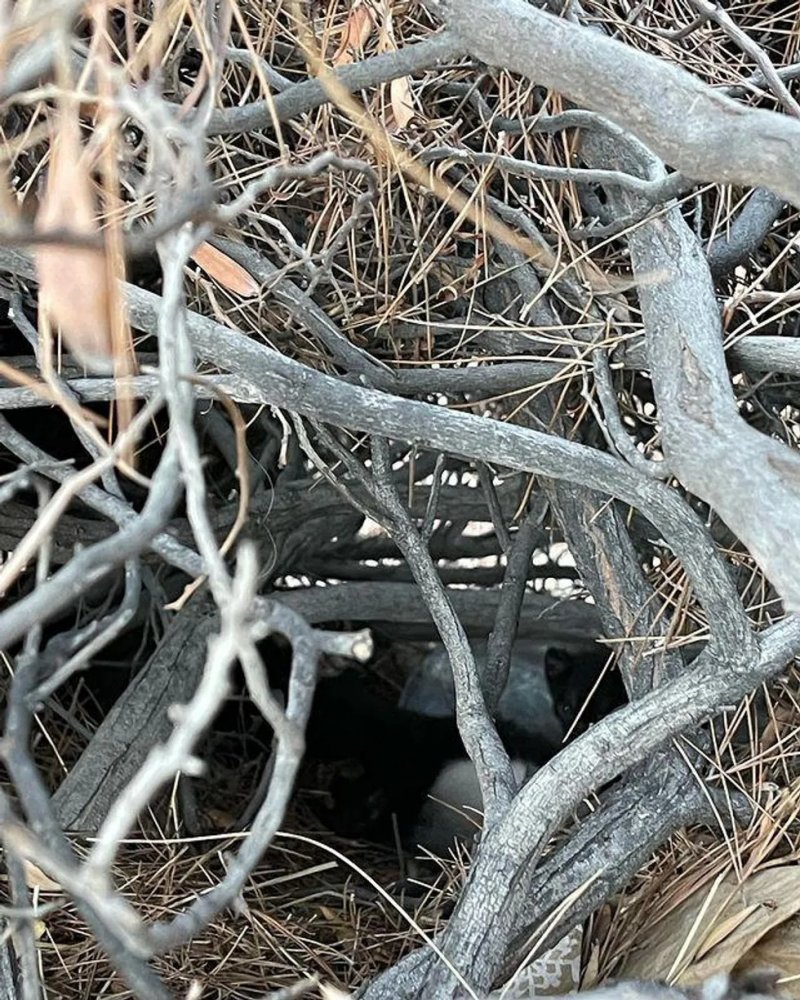 Kimmy, a volunteer at an animal rescue centre in Las Vegas, spotted a family of cats in a neighbourhood not long ago. She saw a black mother cat and her kittens, who were huddled in the bushes and afraid of everything around them. The kittens were all born with eye deformities and needed help. After seeing the family, the girl decided to return to the same place later to pick them up…

But when Kimmy returned, she found only three kittens, no mother cat. She waited all day, but the mother never showed up. She had to take the kittens to the rescue centre because they were hungry and weak… 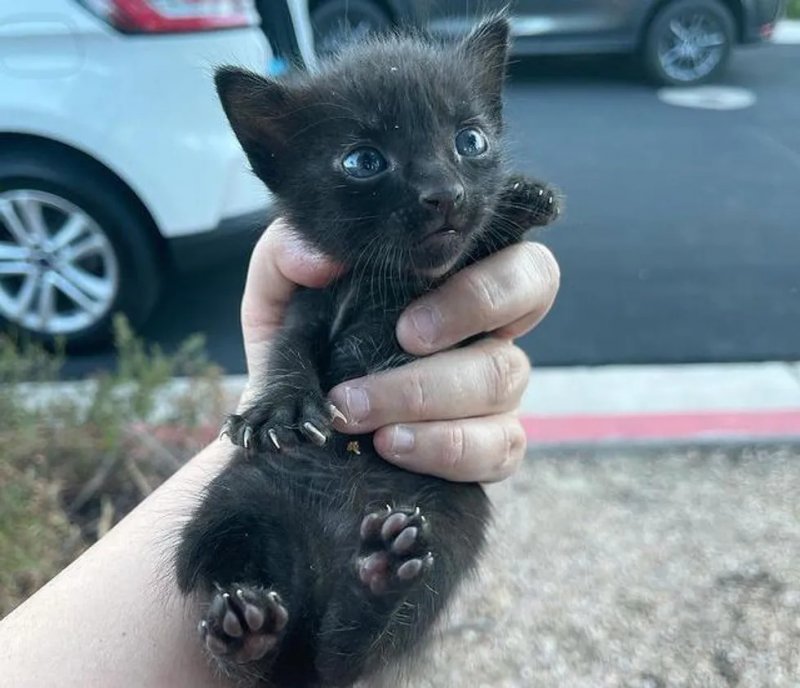 While other volunteers took care of the kittens, Kimmy went in search of their mama cat. But unfortunately, she never found that cat. Only some time later, the girl got an unexpected phone call from the owner of the local office she had been in contact with. He informed her that the same cat had returned to the neighbourhood. 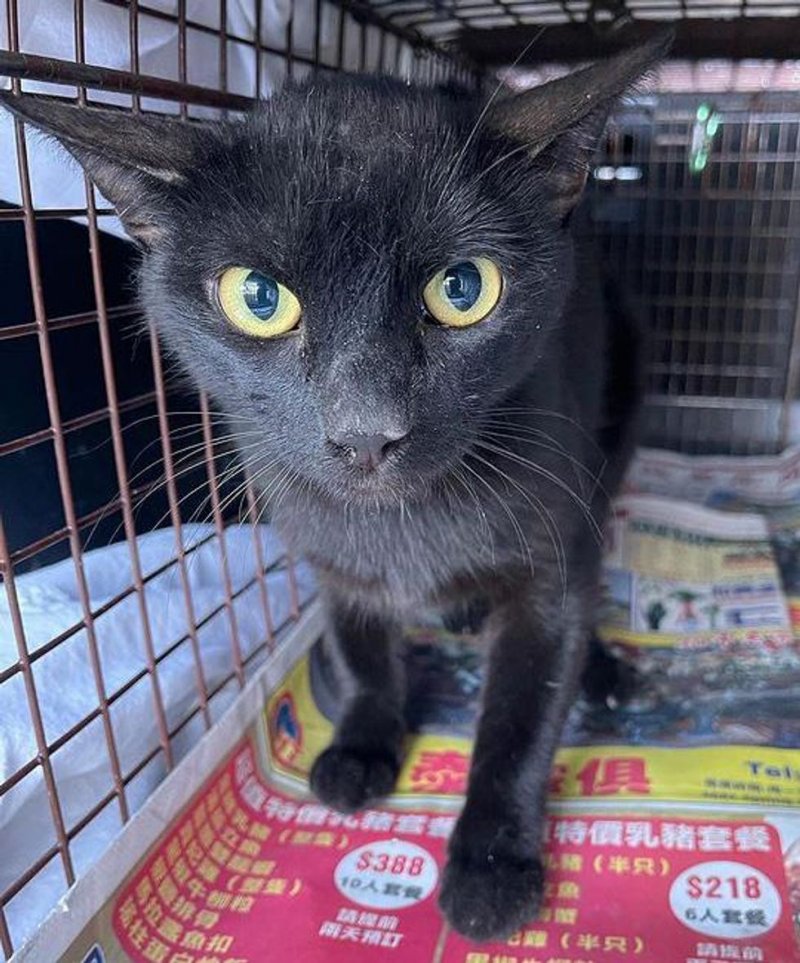 Kimmy immediately went after the escaped cat and the animal was finally caught that day – the kitty was finally safe. She was reunited with her kittens, who she immediately took care of. The kittens were happy to see her too and would not leave her side. 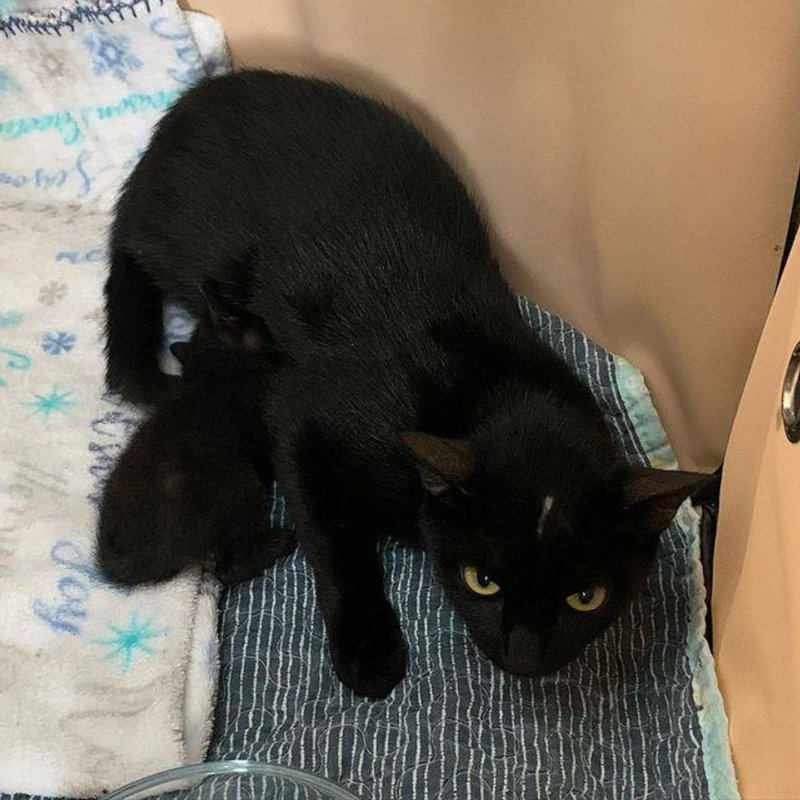 The kitty was very sensitive and affectionate towards the babies. She spent all her time with them, occasionally being distracted by her guardian’s caress or food. The cubs grew strong and adorable – thanks to their mother’s care, they quickly blossomed. 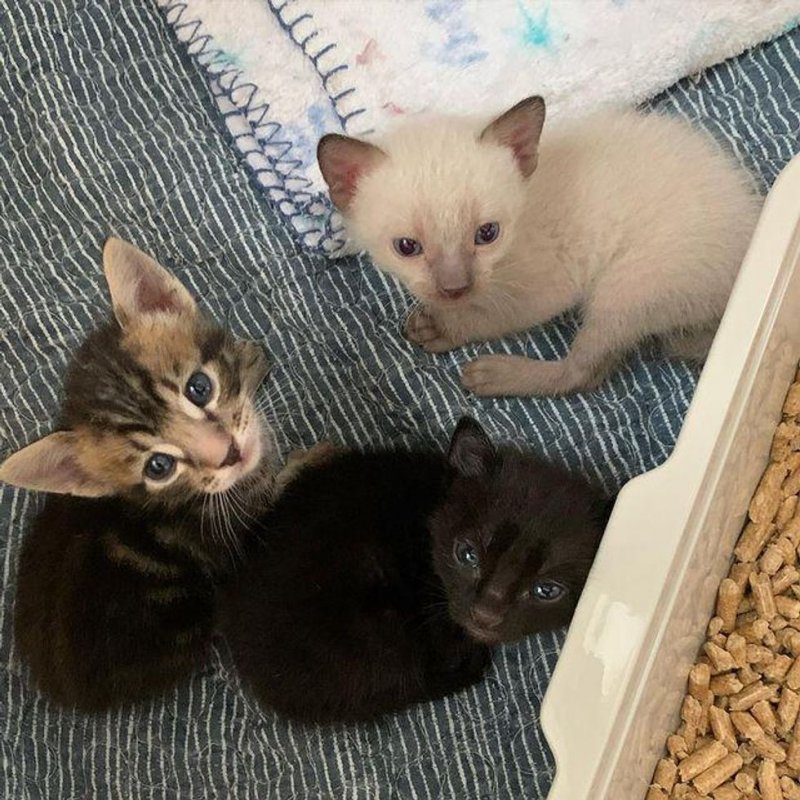 The cat family is happy now – they are all together, surrounded by care and love. When the kittens are old enough, permanent homes will be found for them and their mother. 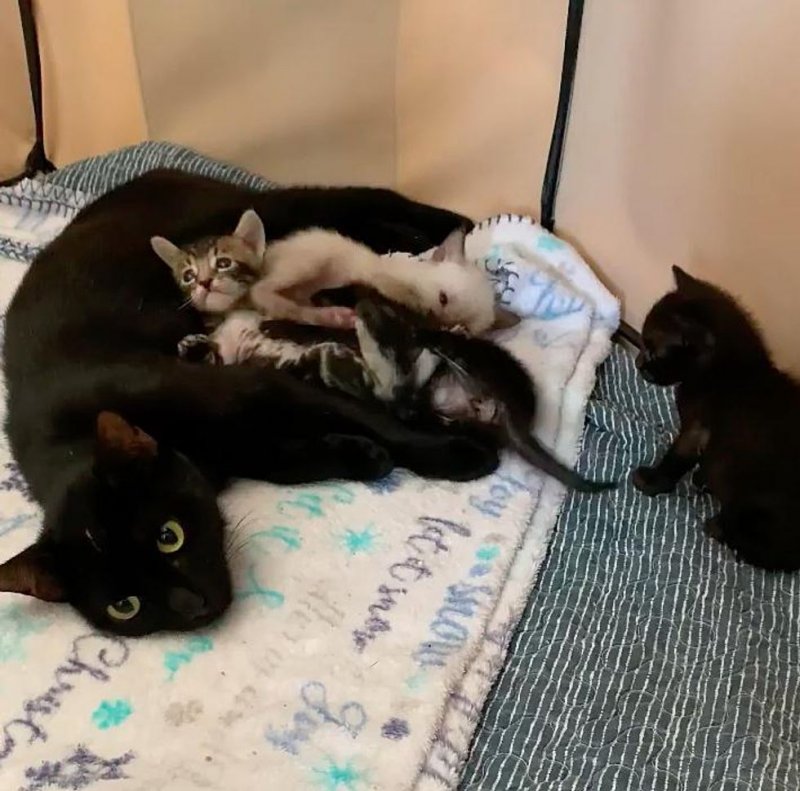