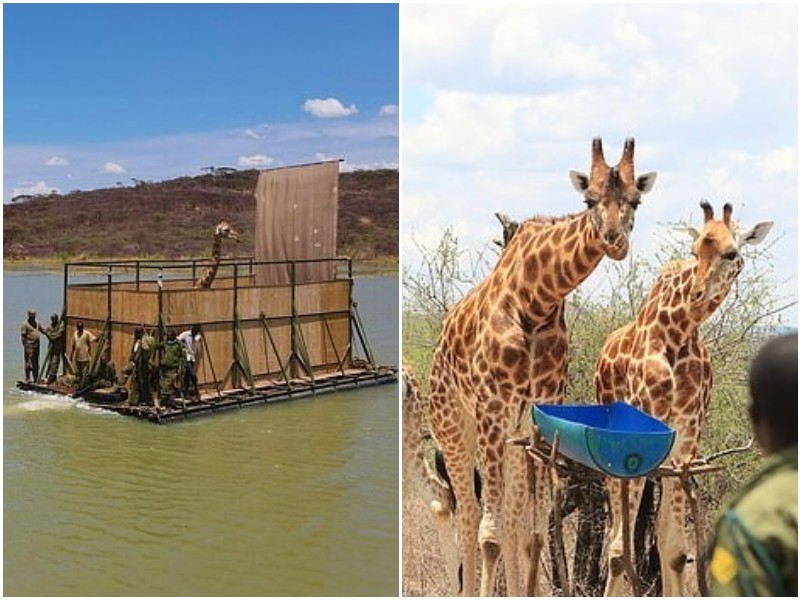 The Kenyan zookeepers have been doing a good deed for several months, transporting giraffes from a flooded island to safety. So far they have transported all the giraffes living on the island. Take a look at this miraculous rescue process!

Kenyan animal protectors have organized a rescue operation since November 2020 – they are transporting giraffes from the flooded island of Longicharo. As a result of heavy rains, the island was flooded, and the giraffes could not get out on their own. Kenya Wildlife Service and Save Giraffes Now have teamed up to save the animals. 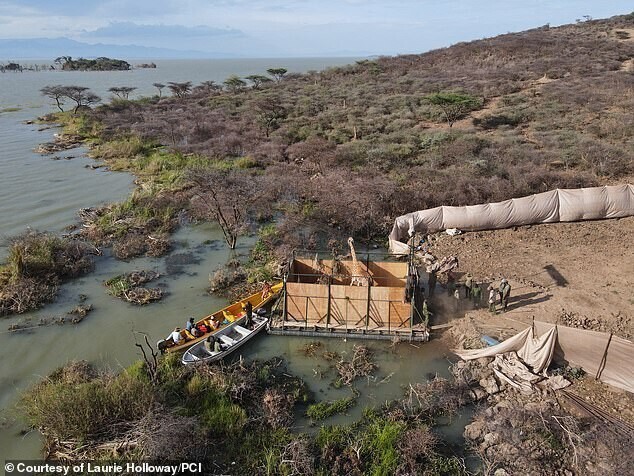 With the help of local residents, animal advocates successfully transported nine giraffes off the island. The transportation was carried out on a special raft built especially for this purpose. The last to be rescued were two giraffes, baby Noelle and its mother Ngarikoni. 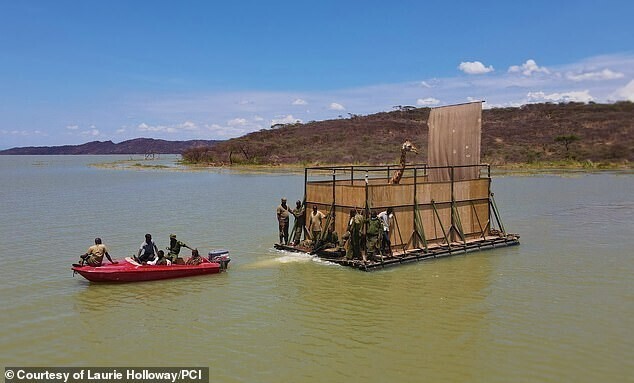 The giraffes were then transferred to the sanctuary – for now, they will stay there under the care of the staff. “When Noelle and its mother came out on dry land, our team was happy. It meant we had successfully completed a long rescue,” the animal protectors said. 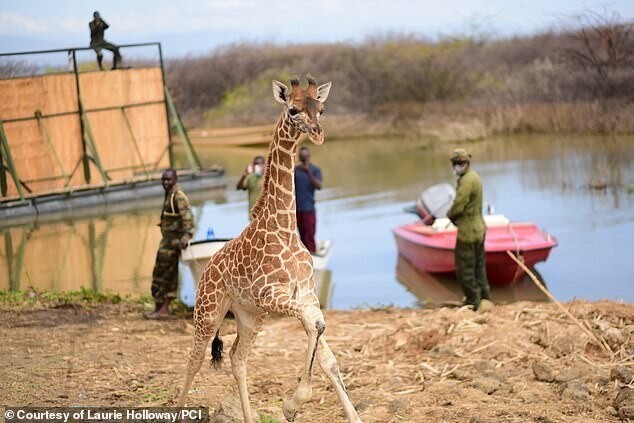 In addition, there are few Nubian giraffes left in Africa and Kenya. Zoologists are taking various measures to restore their population – there are only 800 individuals in Kenya and less than 3,000 in Africa. 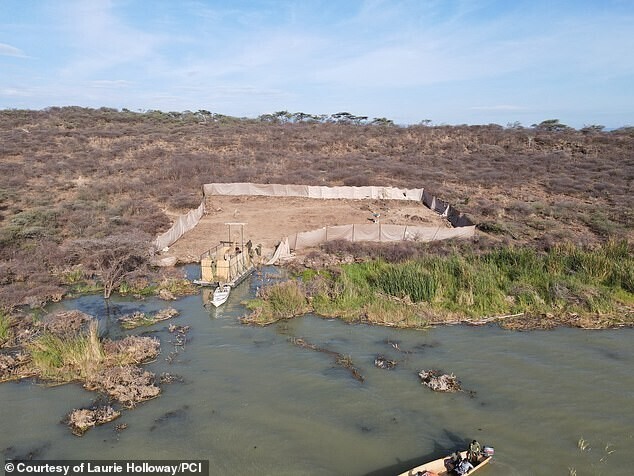 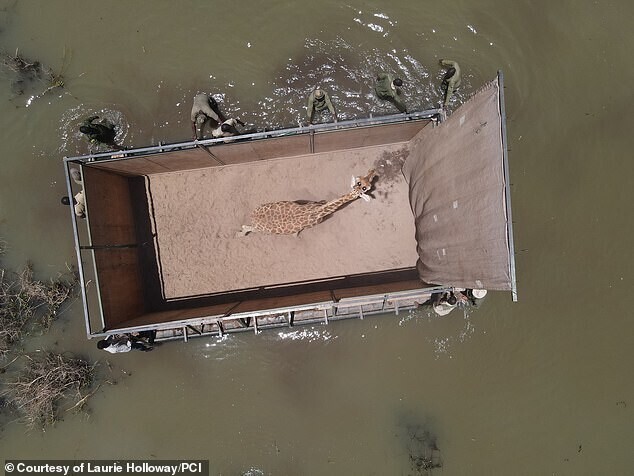 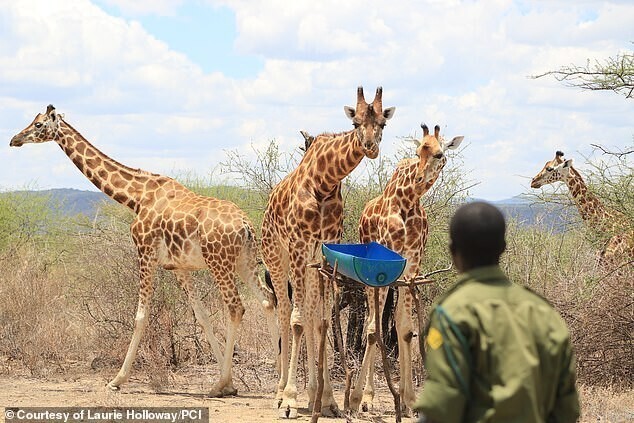