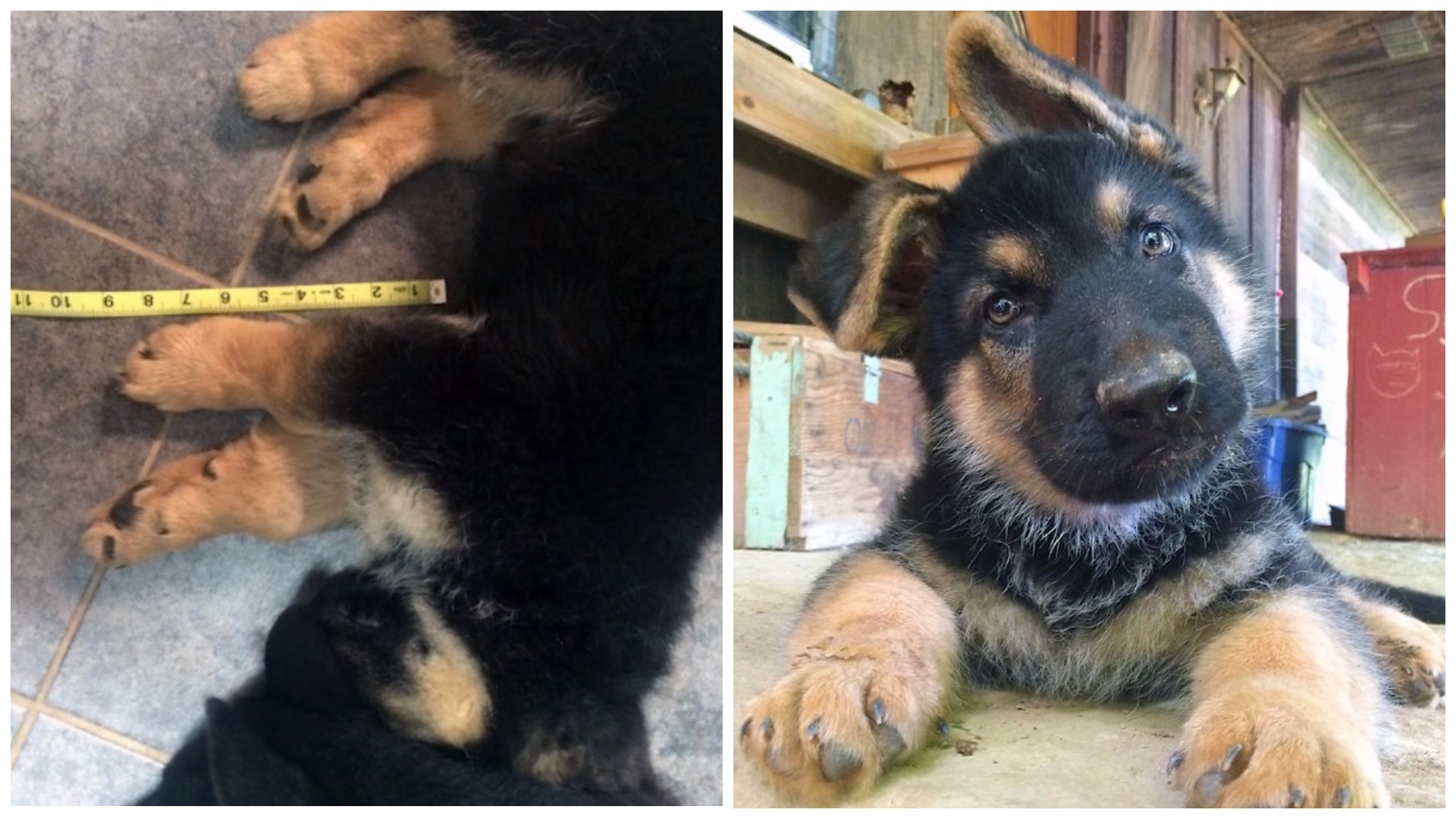 Mikigus is not just a German Shepherd, but a very small shepherd. He is the smallest of the whole litter and it is hardest for him because of this physical insufficiency. The dog has congenital dwarfism — achondroplasia. 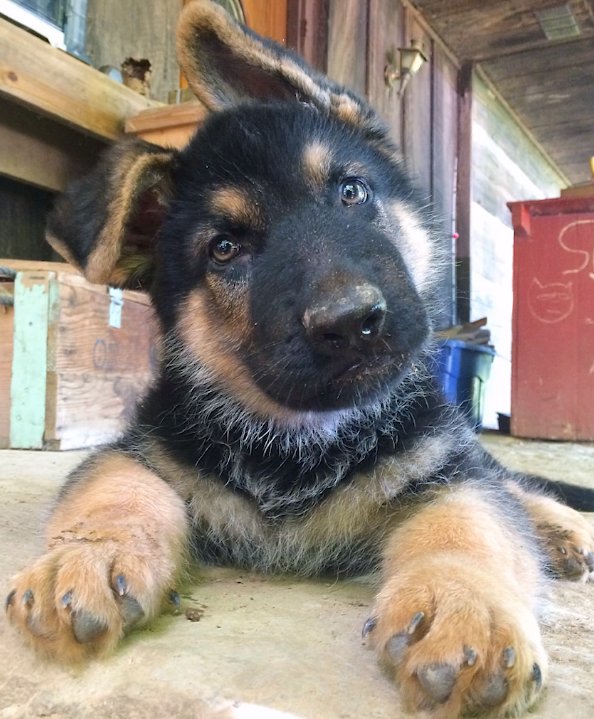 Today we will tell you about a dog who, despite everything, lives quite an ordinary life, and all thanks to caring owners and the parents – thoroughbred German Shepherds.

In a family from the American city of Clarksville, just love pets, German shepherds Spartak and Temperance live in their house, they are the parents of Mikigus, who was born with dwarfism.

At first, the baby did not differ in any way from his brothers and sisters, but in a month and a half it became clear that the baby’s paws were not growing. 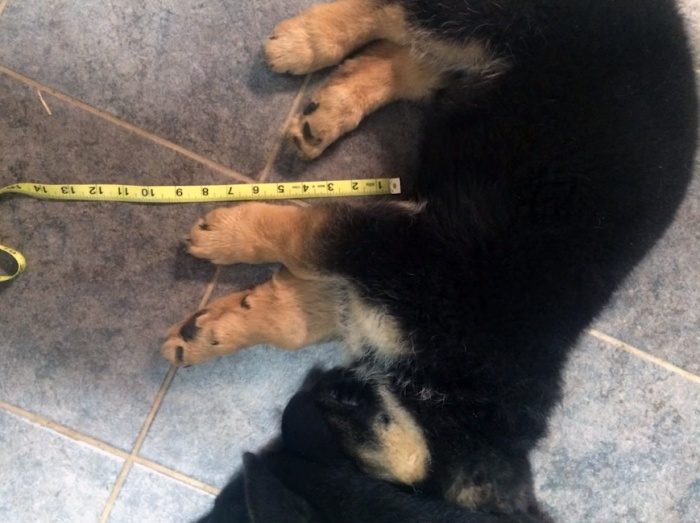 As the owner says: “Four months later, all our fears were confirmed: Mikigus suffered from congenital dwarfism with many side effects. The whole life of the dog will now be reduced to a constant struggle with the consequences of deformity of the bones in the paws.”

When the puppy was six months old, he suddenly stopped walking. 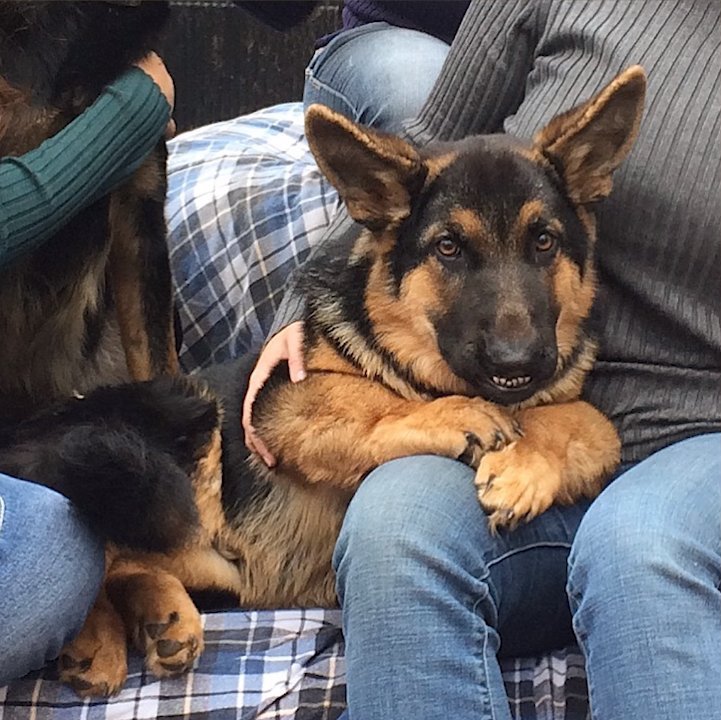 But the owners did not leave him in trouble, they carried him out on their hands for a walk, and bought a special stroller. Even his parents always tried to be near and entertain him. Often his paws hurt, and ice cubes were applied to them to ease the condition, however, Mikigus played with them all the time as toys. 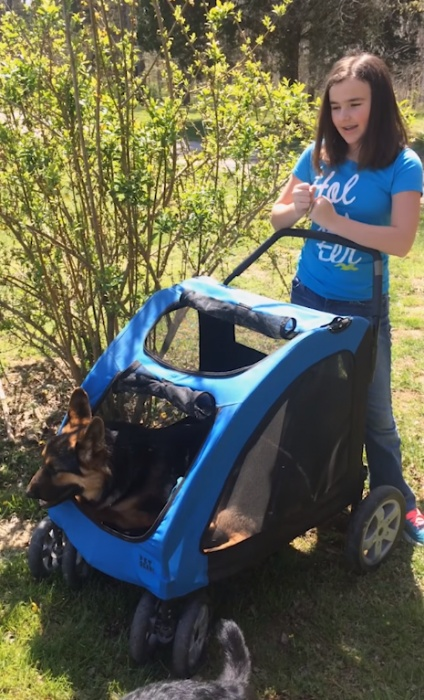 His mother was always there, she did not expect her baby to immediately start running after her, she even invented games so that he did not have to get up. For example, one day she brought a toy that they rolled over to each other with their muzzles.

“Despite the difficulties with movement, the puppy is always joyful and loves to play. We constantly took him outside and supported him when walking with a special stroller. But he is so persistent that, in the end, he began to walk on his own again,” says the owner. 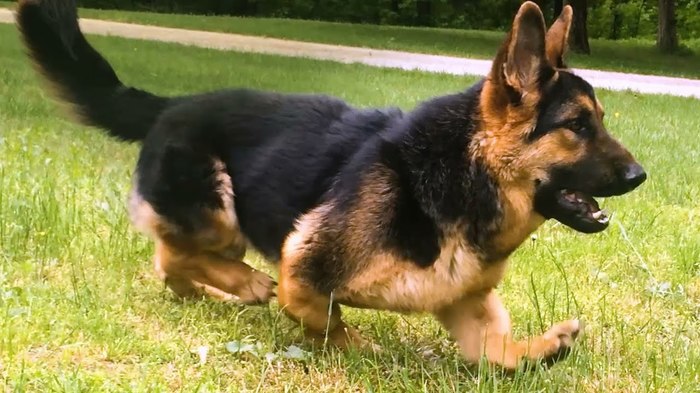 He is a very cheerful dog and has never been discouraged, now he has become close to the daughter of the owners.

The girl says: “For me, Mikigus is both a brother, a best friend and a kind dog. He’s a member of our family. He thinks that he is like all dogs and that short legs are not a hindrance to him. I love him because he likes to play with me. A dog is a great fellow that does not give up and lives a full life.” 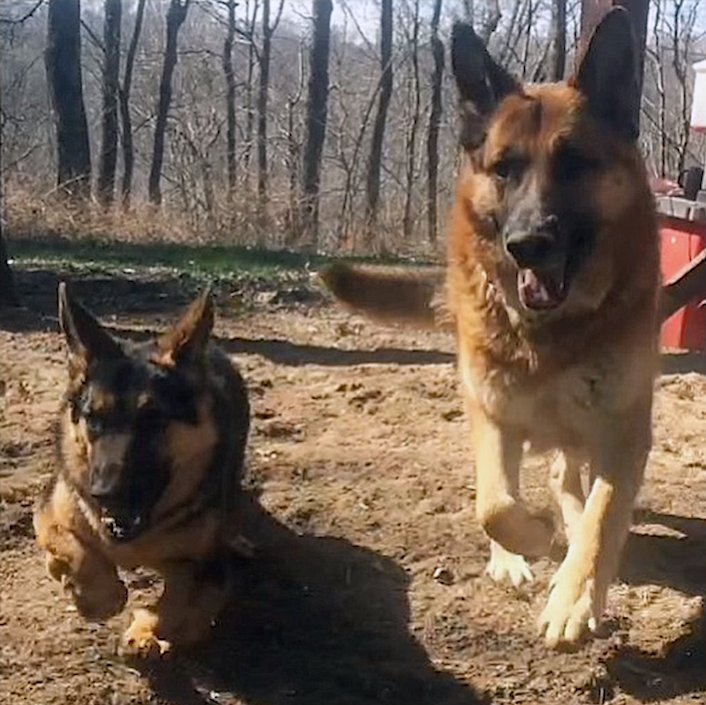 The owner sincerely believes: “The fact that Mikigus is the best animal in our house, because thanks to him, daughters learn that love has no boundaries and differences. Everyone in this world deserves to be happy!”