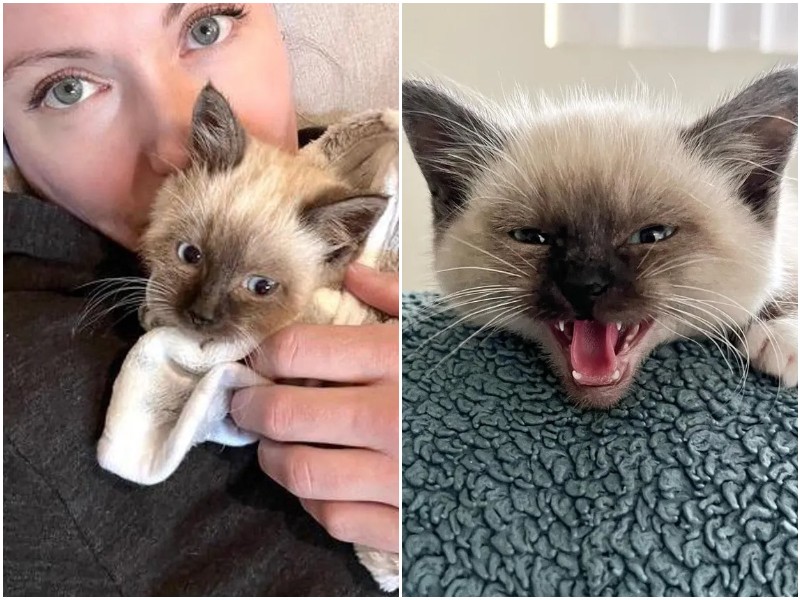 Three little kitten brothers were picked up on the street. Their mother was not around, and the kittens experienced all the hardships of street life at their tender age. One of them clearly had “character”, and actively defended its brothers. 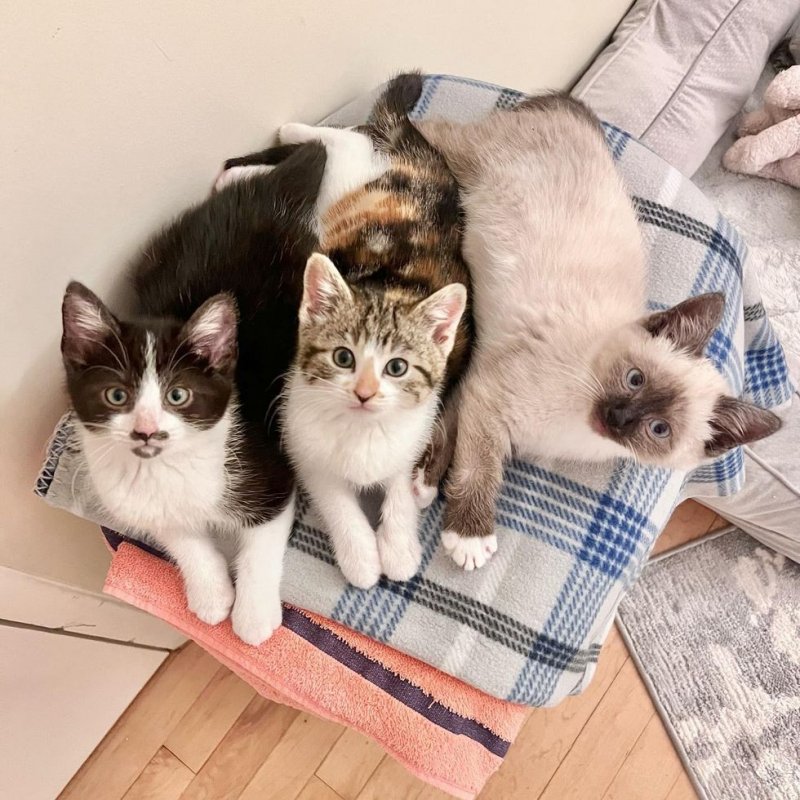 Three little kittens were picked up from the street in Los Angeles. The little ones were very frightened: they hissed, hid, and were afraid of people and everything around. It was clear they had never been in contact with a human. Kind passers-by decided not to leave them, but to help. 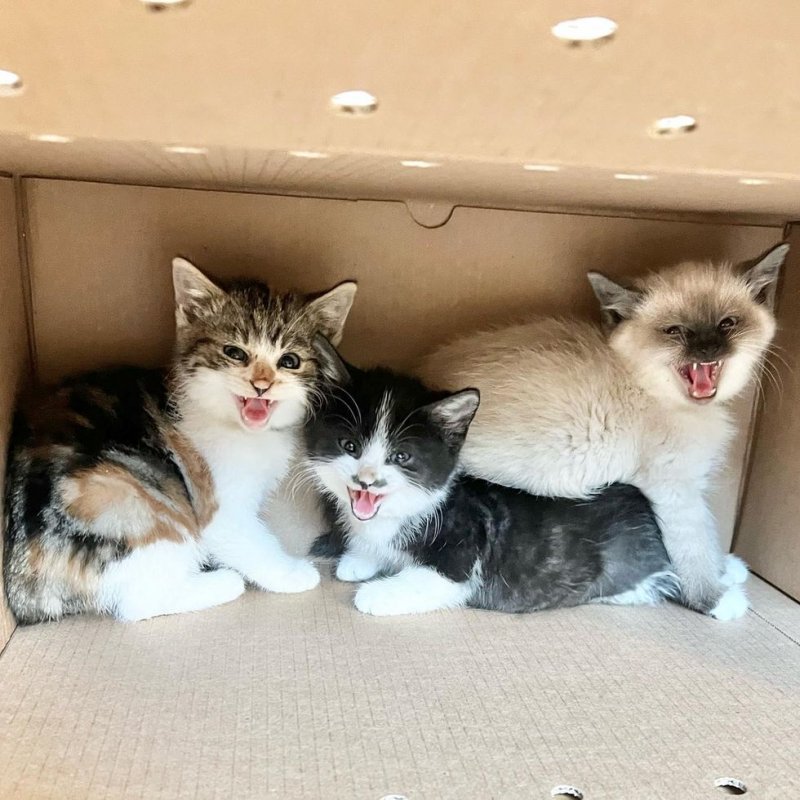 They contacted the Baby Kitten Rescue, whose employees took the kittens. They immediately realized that behind all this fear and shyness, little children are hiding who just want love. The staff determined that the kittens were six weeks old. 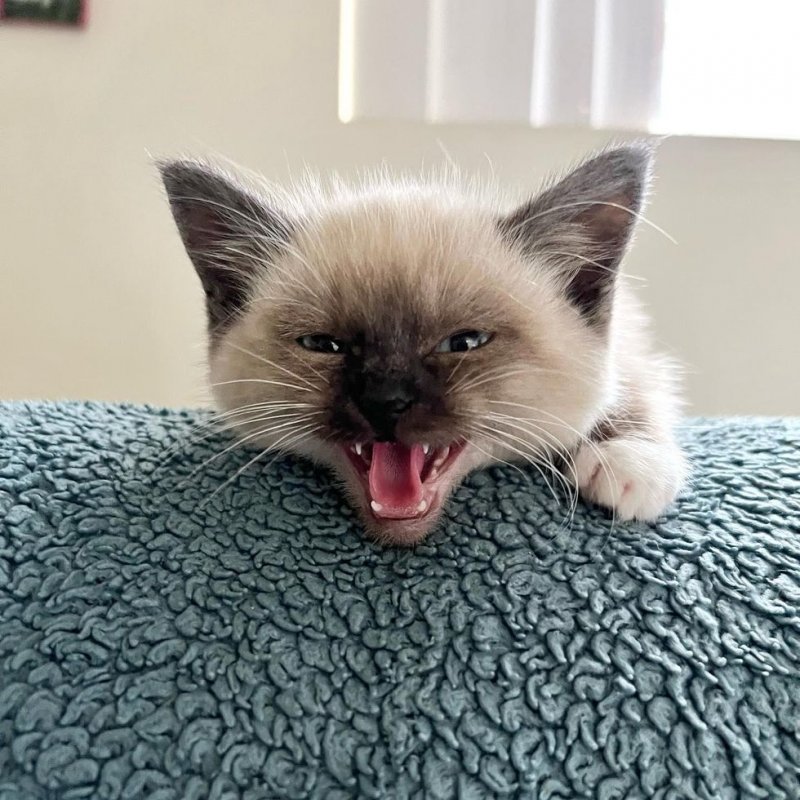 One of them, nicknamed Wasabi, was the most fastidious and “loud”. He was always protective of his brothers and did not hesitate to hiss and meow when he felt any danger or something unfamiliar. 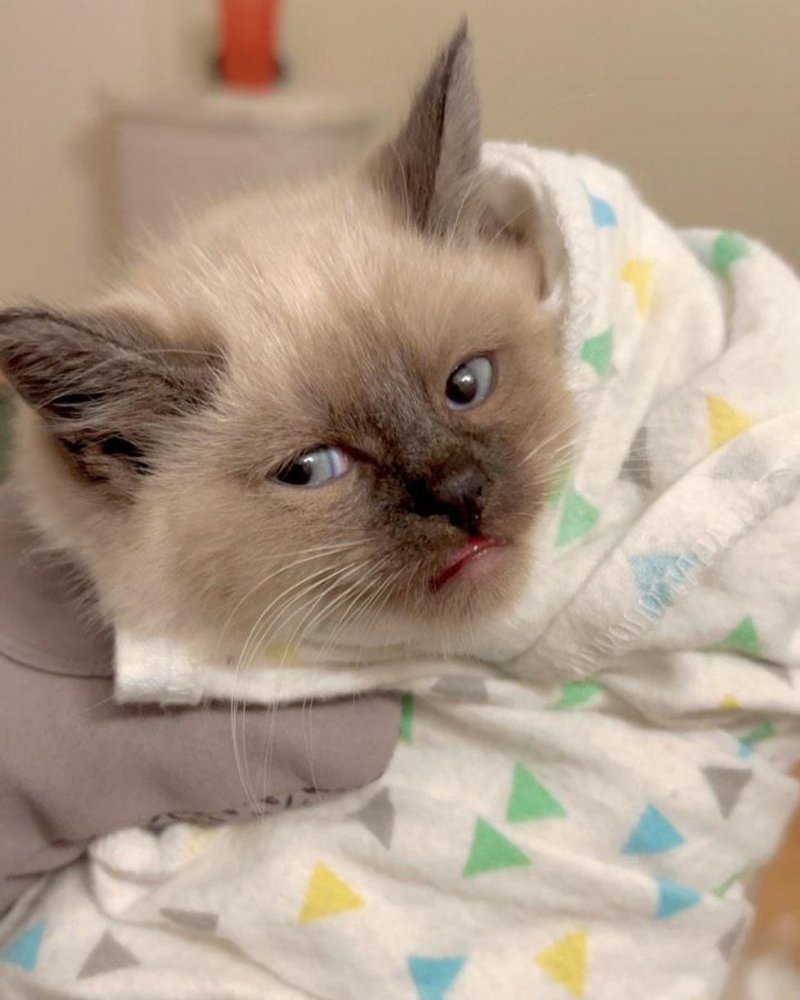 Only over time, does the heart of the “kitten with character” begin to melt. He liked to lie on his guardian’s lap and purr, although at first, he resisted this. He was no longer afraid of the guardian’s hands when she gave him food. Most of all, he loves being wrapped in a blanket after eating. 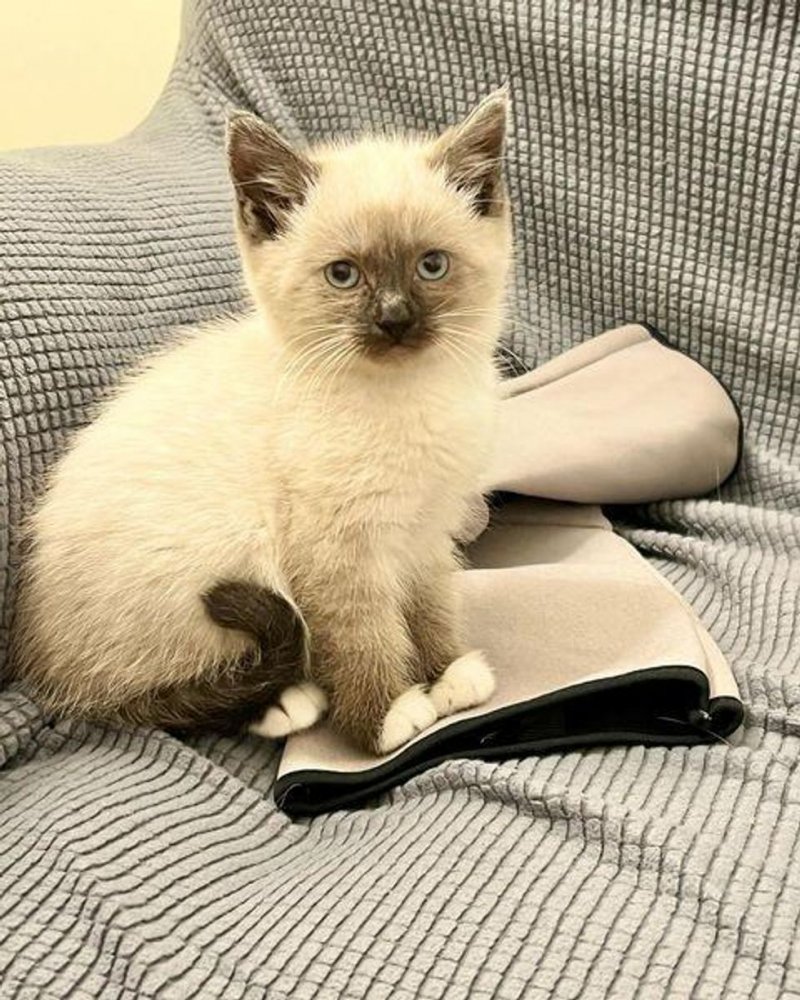 Soon all the kittens learned to trust humans. They realized that no one would offend them here, and they became much more active and cheerful. They play a lot, ask for affection from the guardian, and just enjoy life! 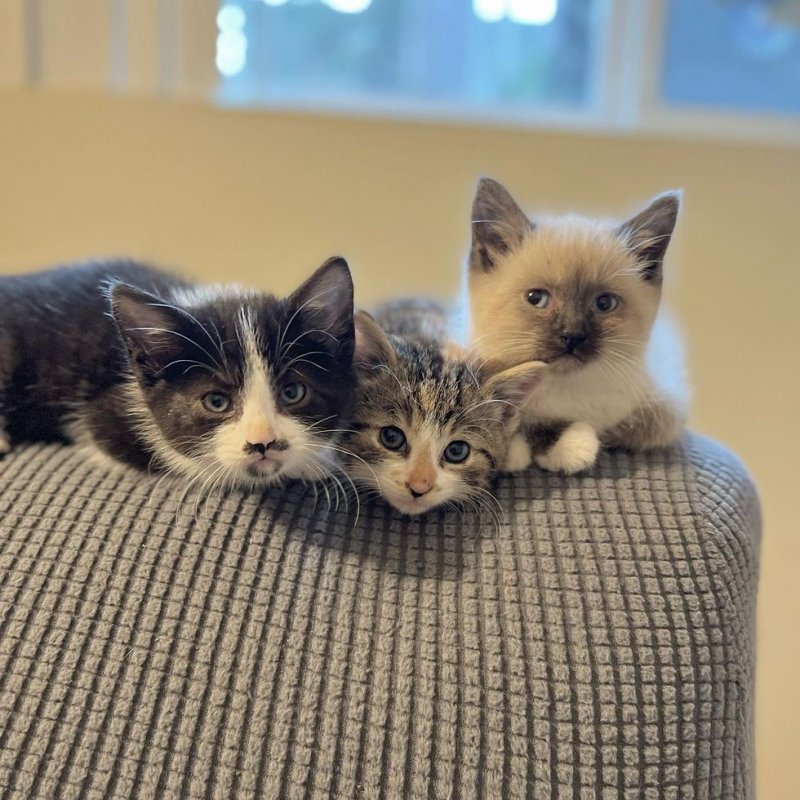 Wasabi, of course, went through the biggest transformation – from a shy kid who protected everyone and hissed, he turned into a gentle and sweet boy. Now he and his brothers are ready for permanent owners – for them, volunteers have already begun to look for families. 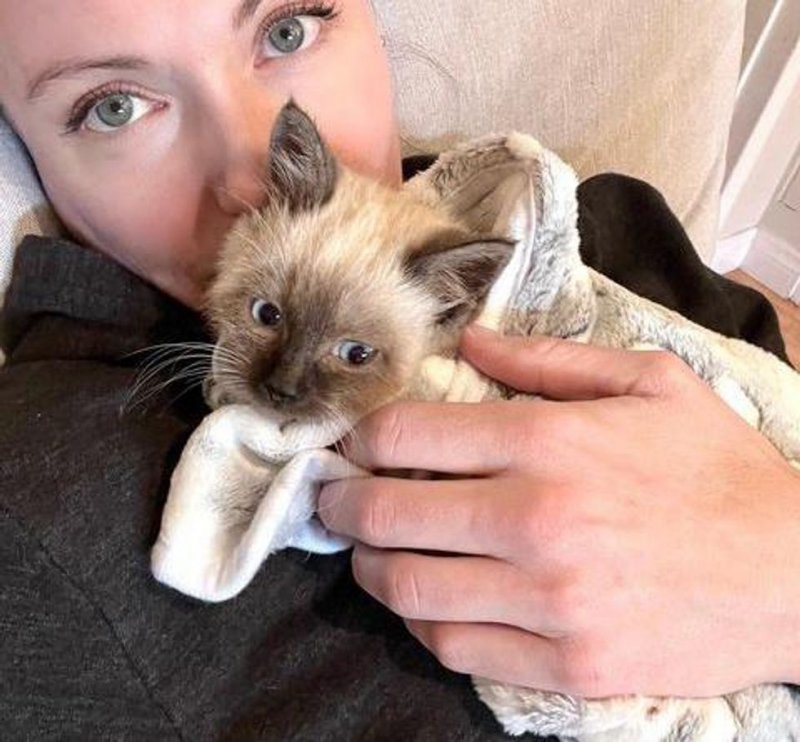 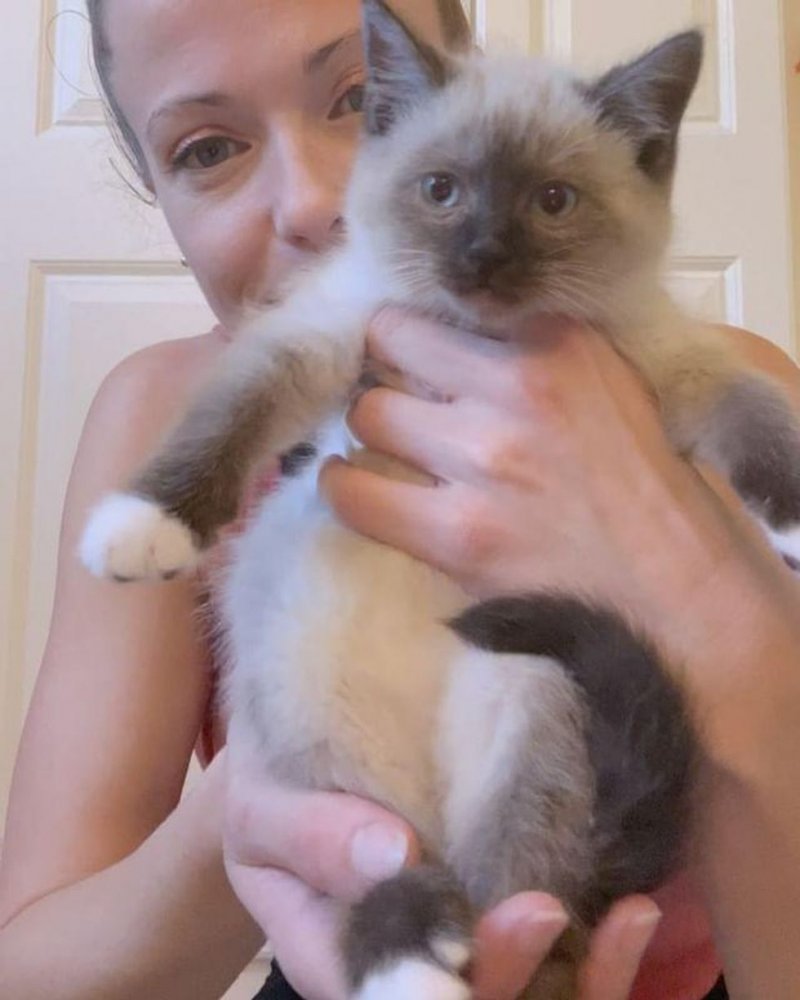 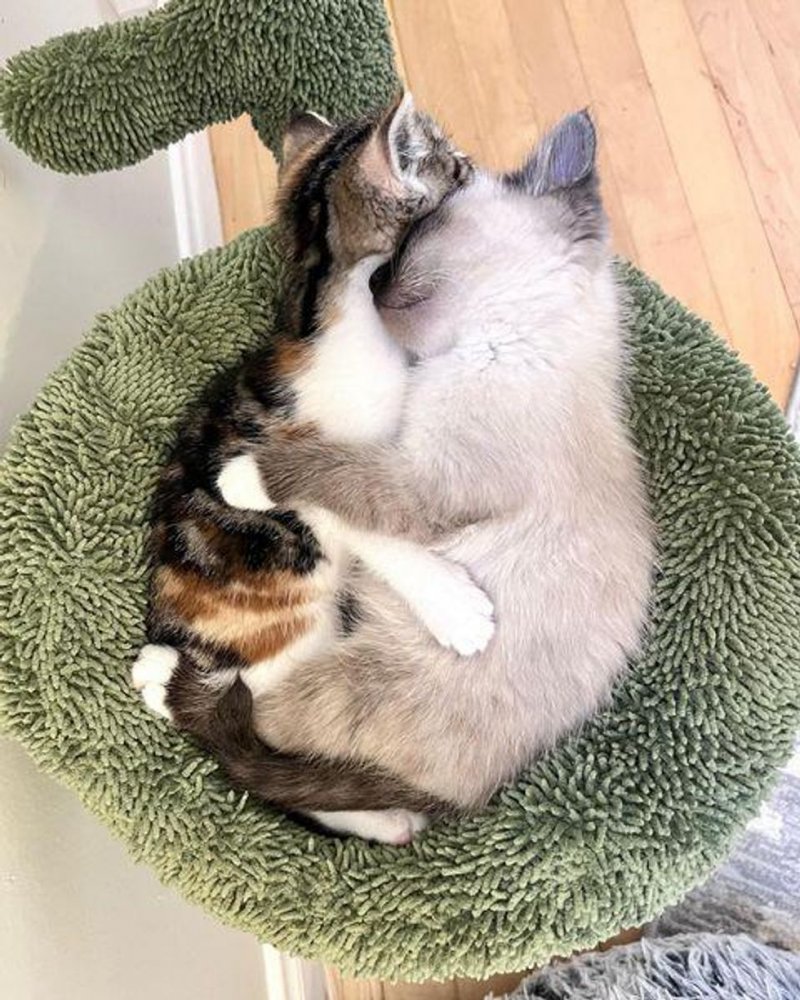 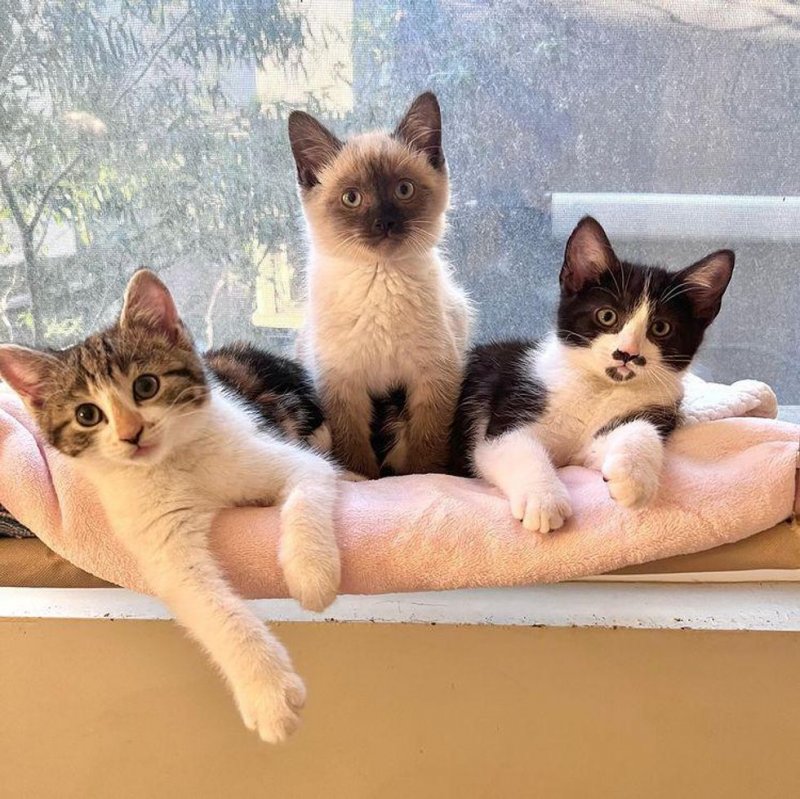