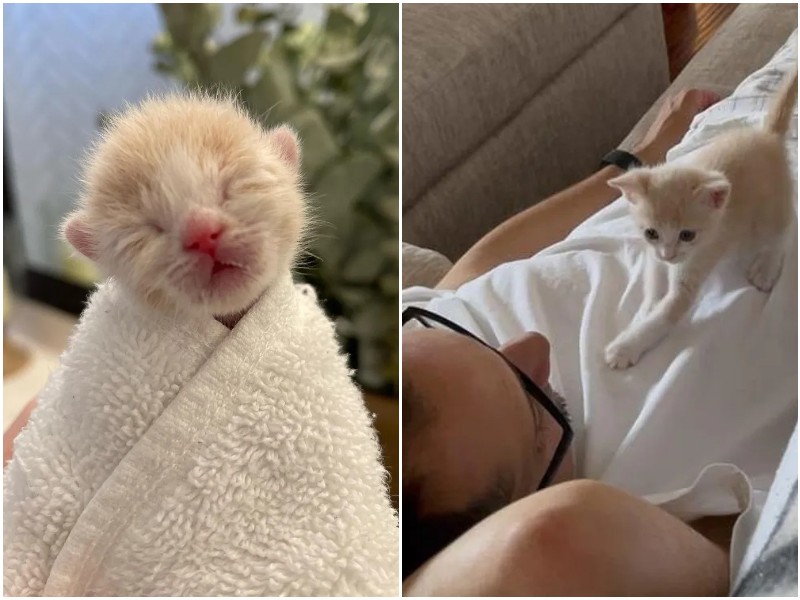 The fragile and still blind kitten was noticed all alone on the street. The baby was squeaking and looking for his mother – but unfortunately, she was not there.

Recently, residents of American Las Vegas found a tiny kitten on the street, which was without a mother nearby. They decided to help the fragile baby and took him to the local shelter With Grace. The kitten was very small – it weighed only 60 grams, and the volunteers were worried about his condition. 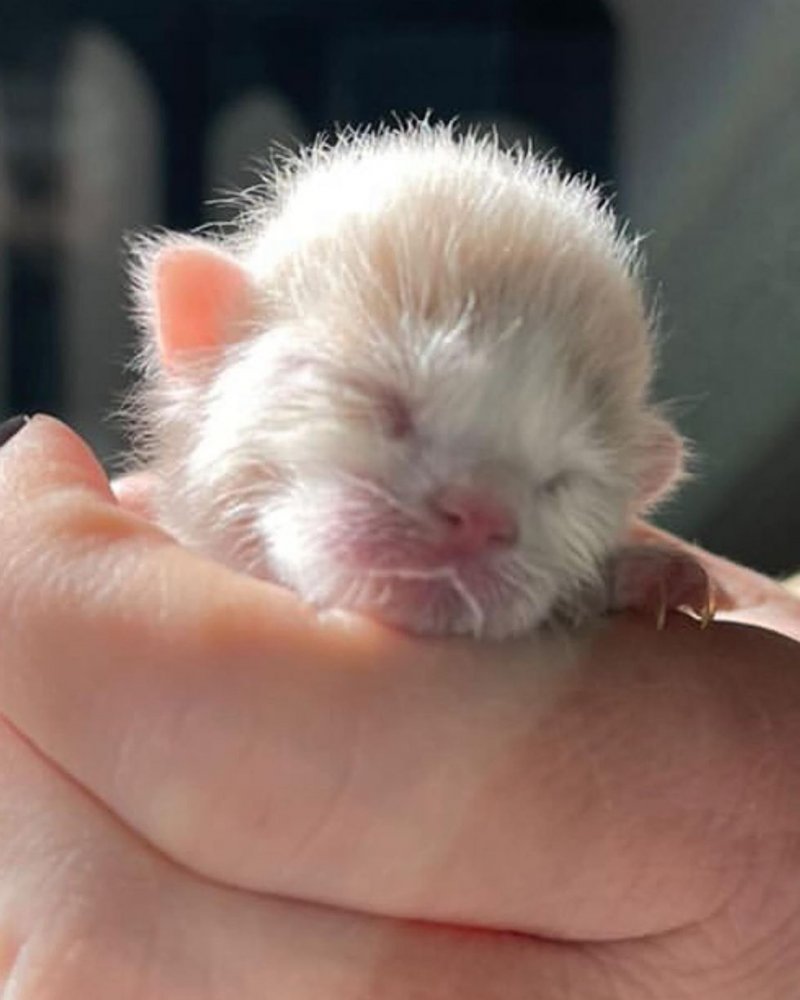 A kitten named Michael began his journey to recovery. The volunteers would feed him from the straw by the hour, and keep him in a special incubator to keep his body temperature. Despite his poor condition, the baby turned out to be a real fighter. 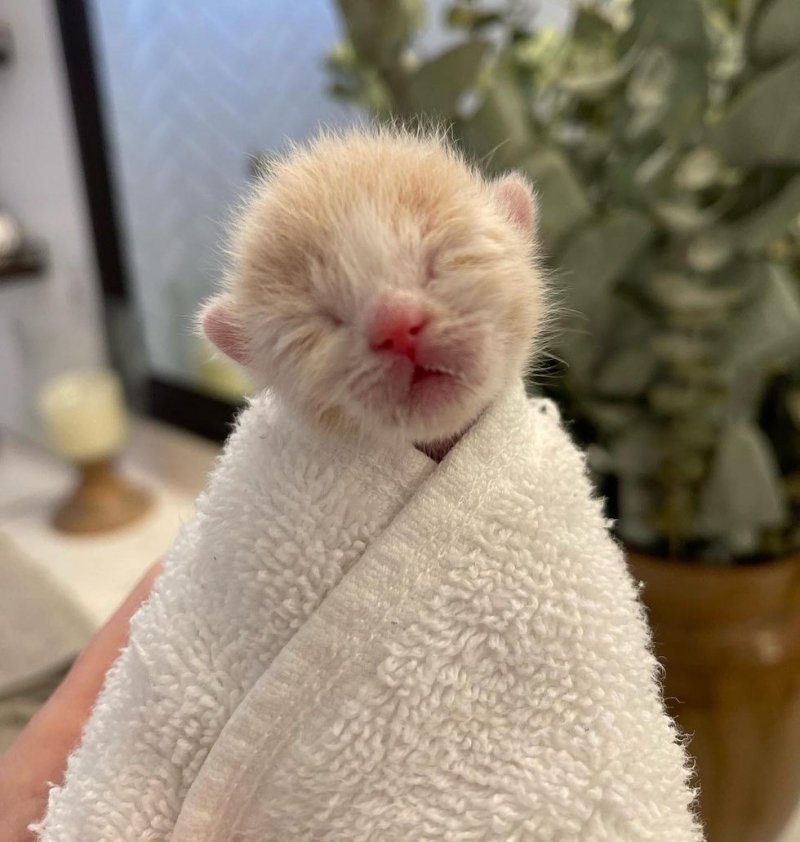 Michael struggled to get out – he ate with an appetite, endured all the procedures, and was a very persistent boy. A little later, he was sent to a place of temporary care – the baby was taken by a couple of volunteers. The couple took turns waking up to feed Michael and devoted all their time to him. 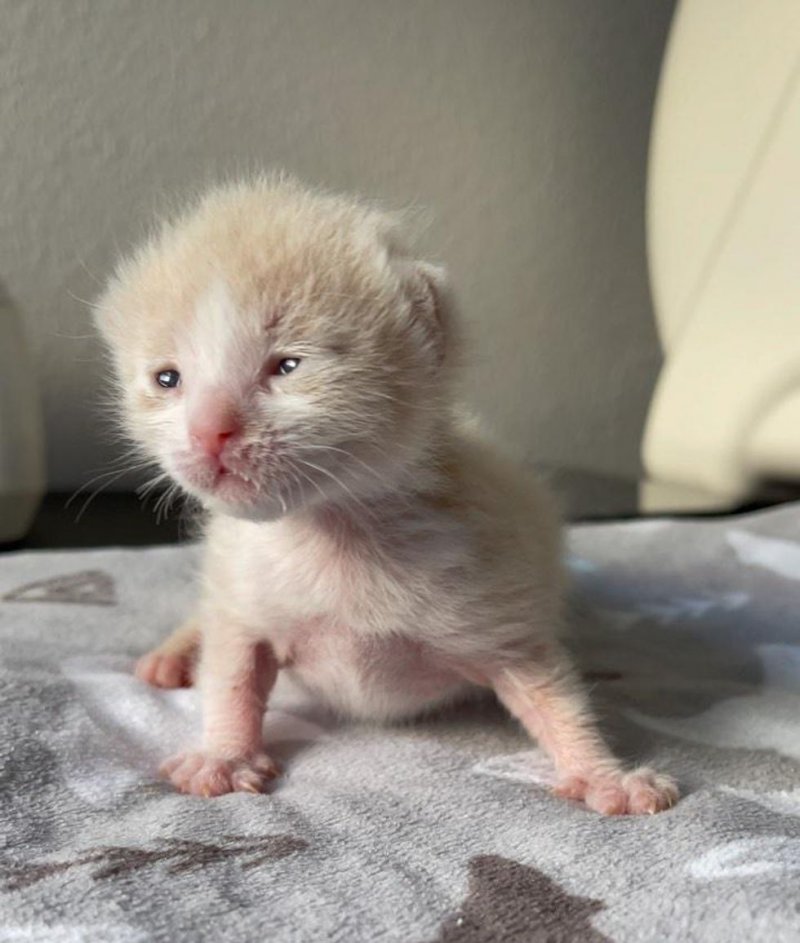 Fortunately, Michael soon recovered – thanks to his great willpower, as well as the care of his guardians. He began to move more, to be interested in the neighborhood, to play and explore. The kitten also became interested in the guardians themselves – and especially he fell in love with the guardian’s husband. A strong bond was formed between them. 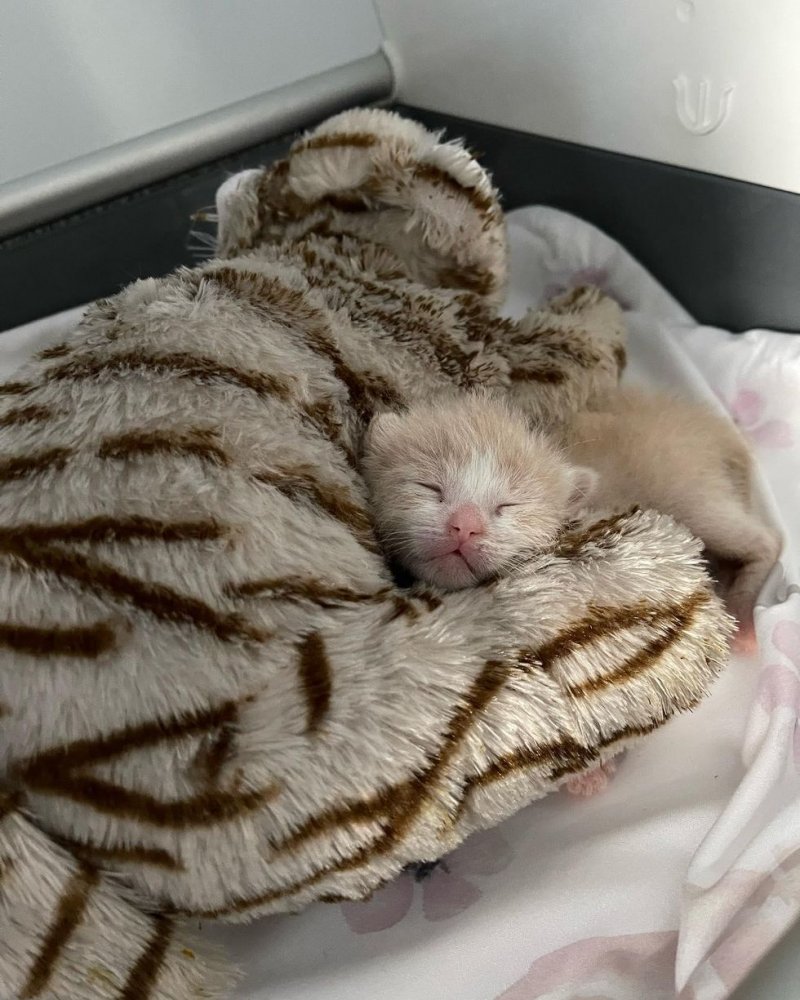 Over time, Michael became even more affectionate and playful. He still spent a lot of time with the guardian’s husband, asks for affection, and plays fervently. Now the kitten is already seven weeks old! Very soon they will find permanent owners for him and a house where he will grow up happily. 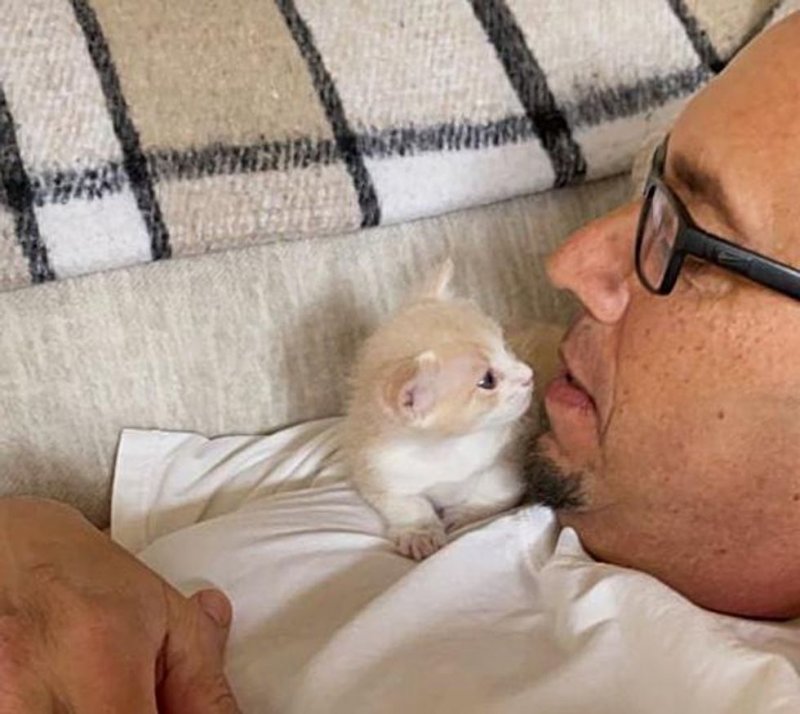 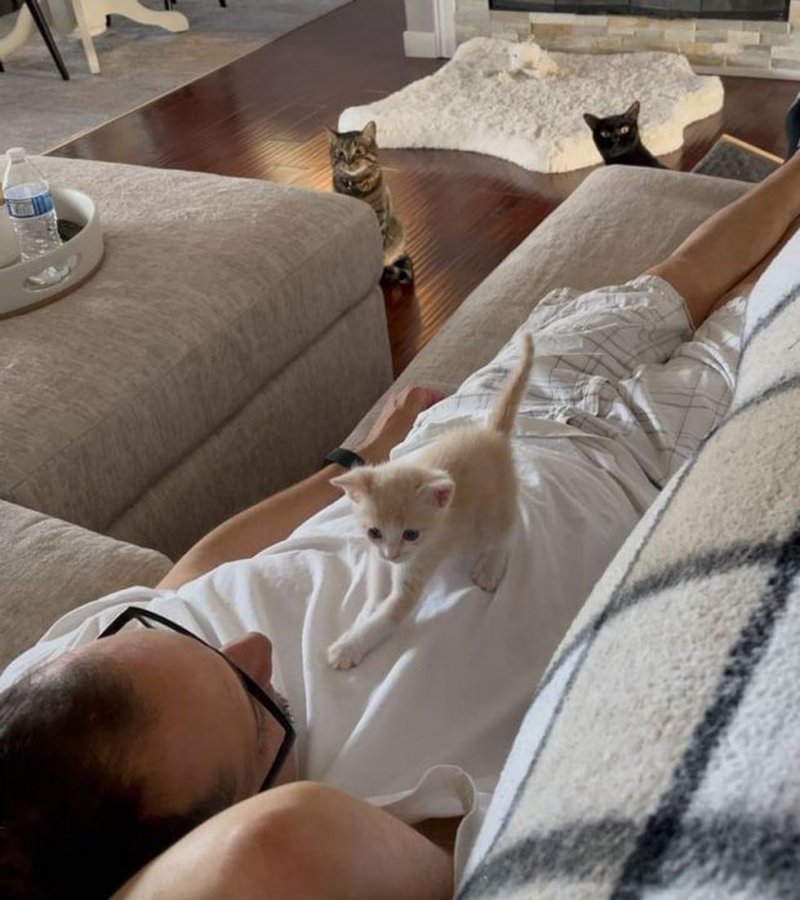 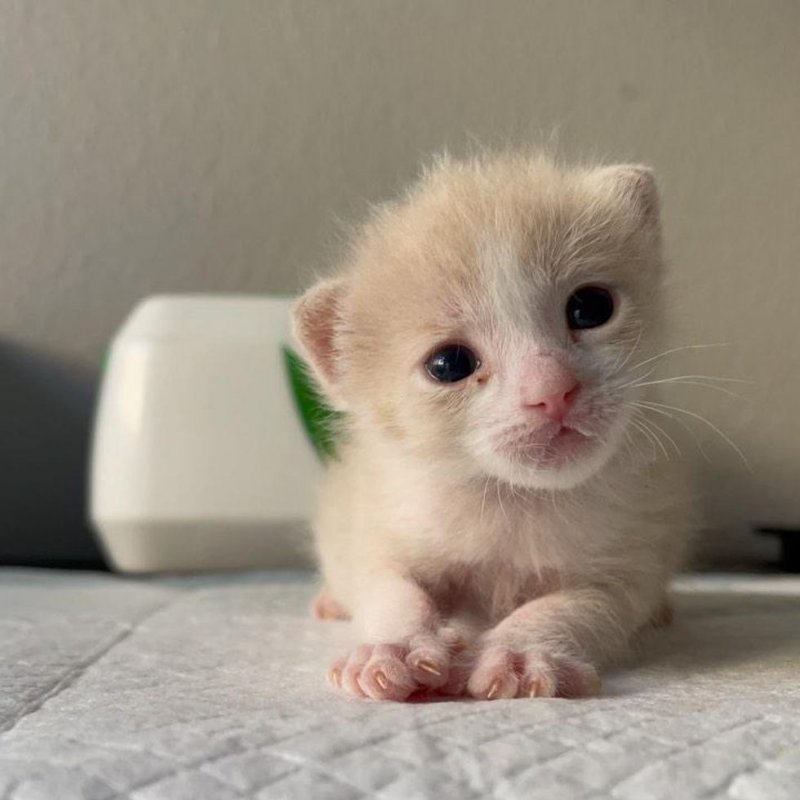 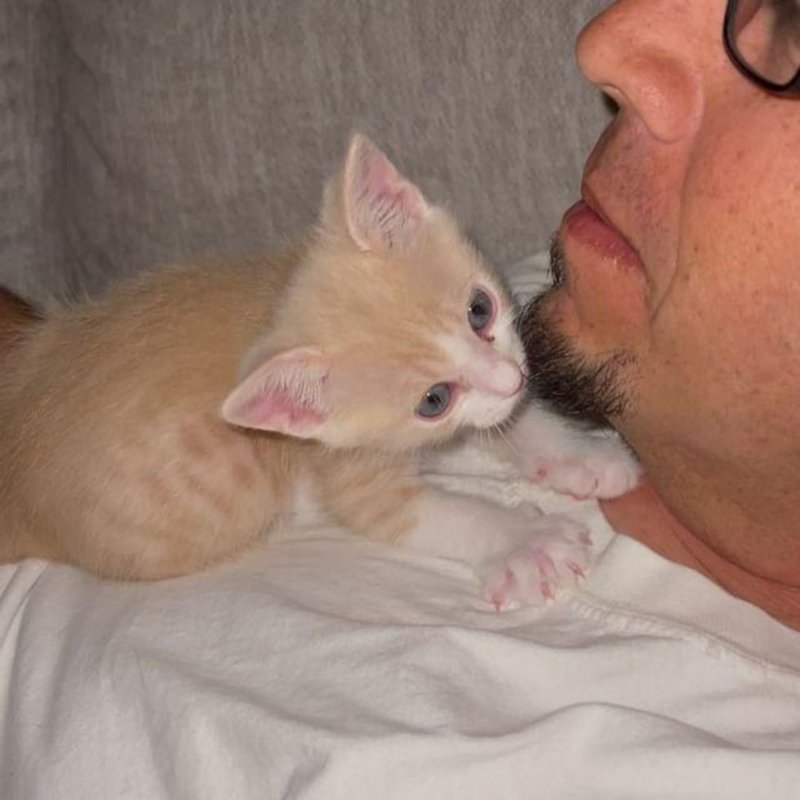